This Breathtaking Art Is Like Annihilation Contained in a Petri Dish

Annihilation has been dazzling audiences with its exploration of the Shimmer, a world inside our own where life... has found a way. One artist looks to have been channeling that otherworldly shimmer for awhile now, using petri dishes.

The series “Petrified Rainbow” from artist Josie Lewis uses resin and chemicals to create strange and colourful growths inside petri dishes. Lewis said that every single piece is a gamble: She basically throws some ink and resin onto a dish, seals it up, flips it over, and then waits to see the result.

“I can’t actually see what’s happening while making them. I only get to see the results 12 hours later when the cure is complete and I pull the discs out of the molds,” Lewis said. “I call them petri supernova because I was using round moulds and they looked a lot like science petri dish with weird fungi growing in them. Also, [it’s] what I imagine the Big Bang looked like.”

When asked what her images evoke, Lewis said they remind her of “the surface of alien planets and mermaid skin,” and that they seem to combine biology and futurism.

Lewis said she’s been told by some that her art reminds them of Annihilation, and that it makes sense. Jokingly, she added that “the folks at Annihilation are watching me.” Probably not, but I’ll be watching to see what petri dish concoctions she makes next. You can check out some of her resin art below, as well as on her Instagram. 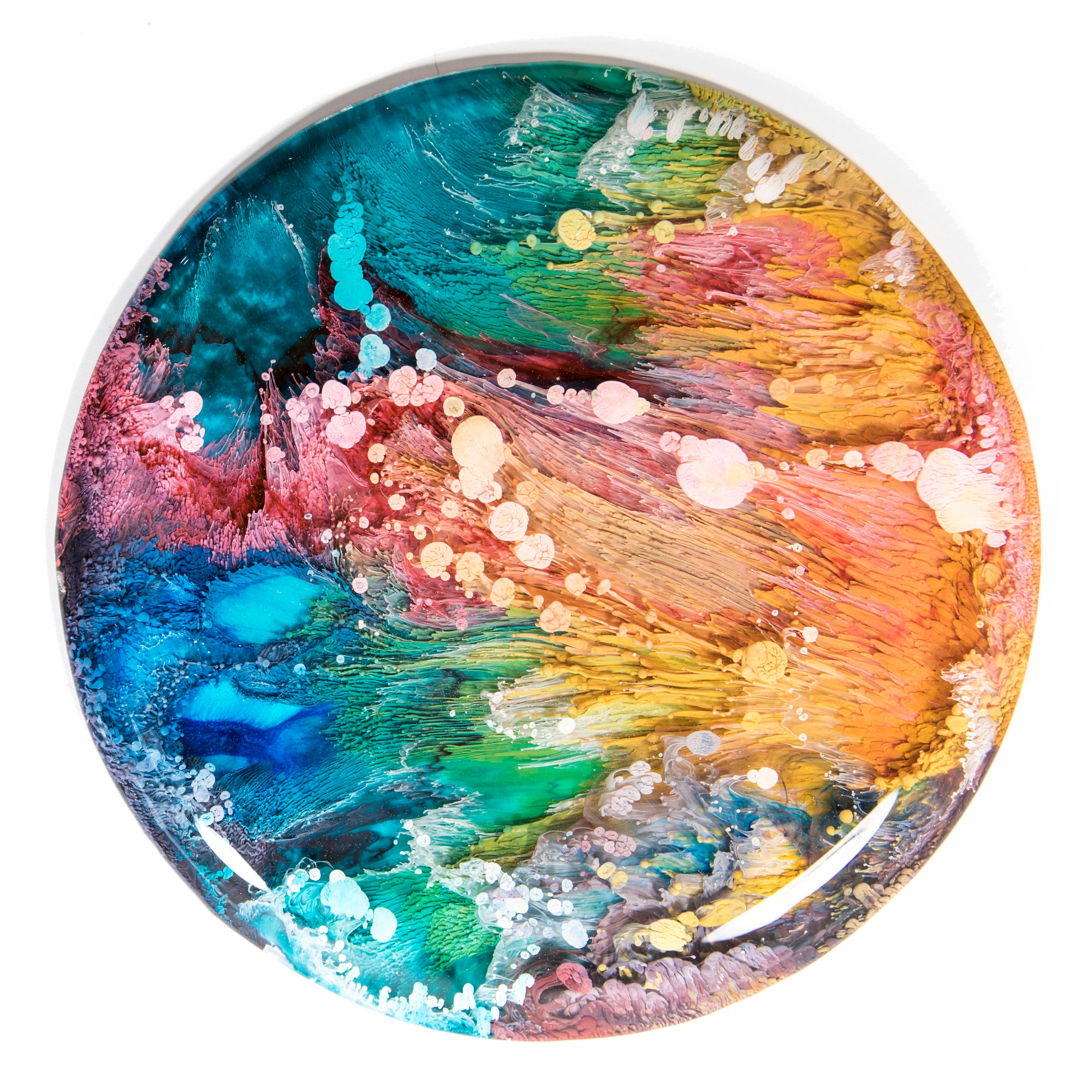 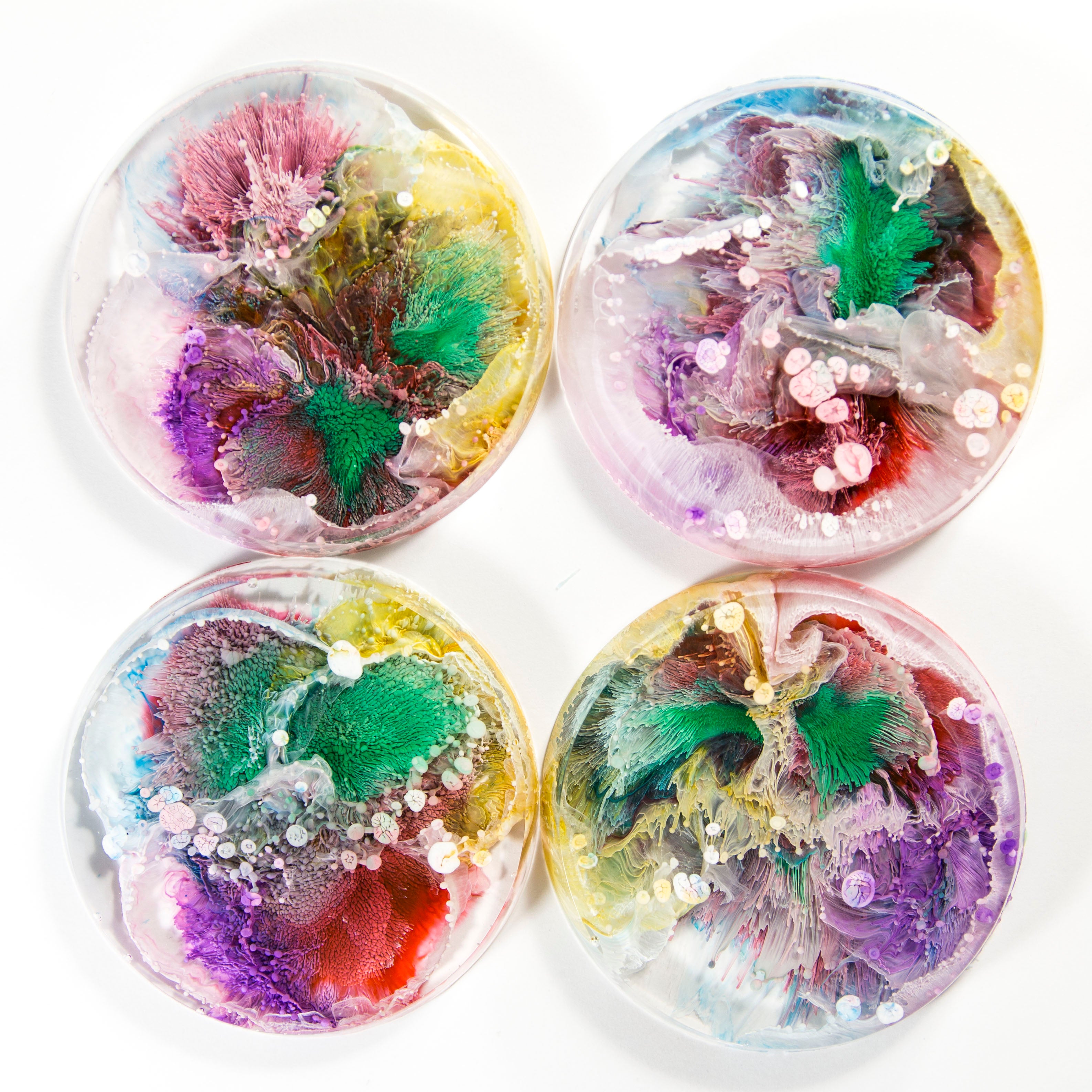 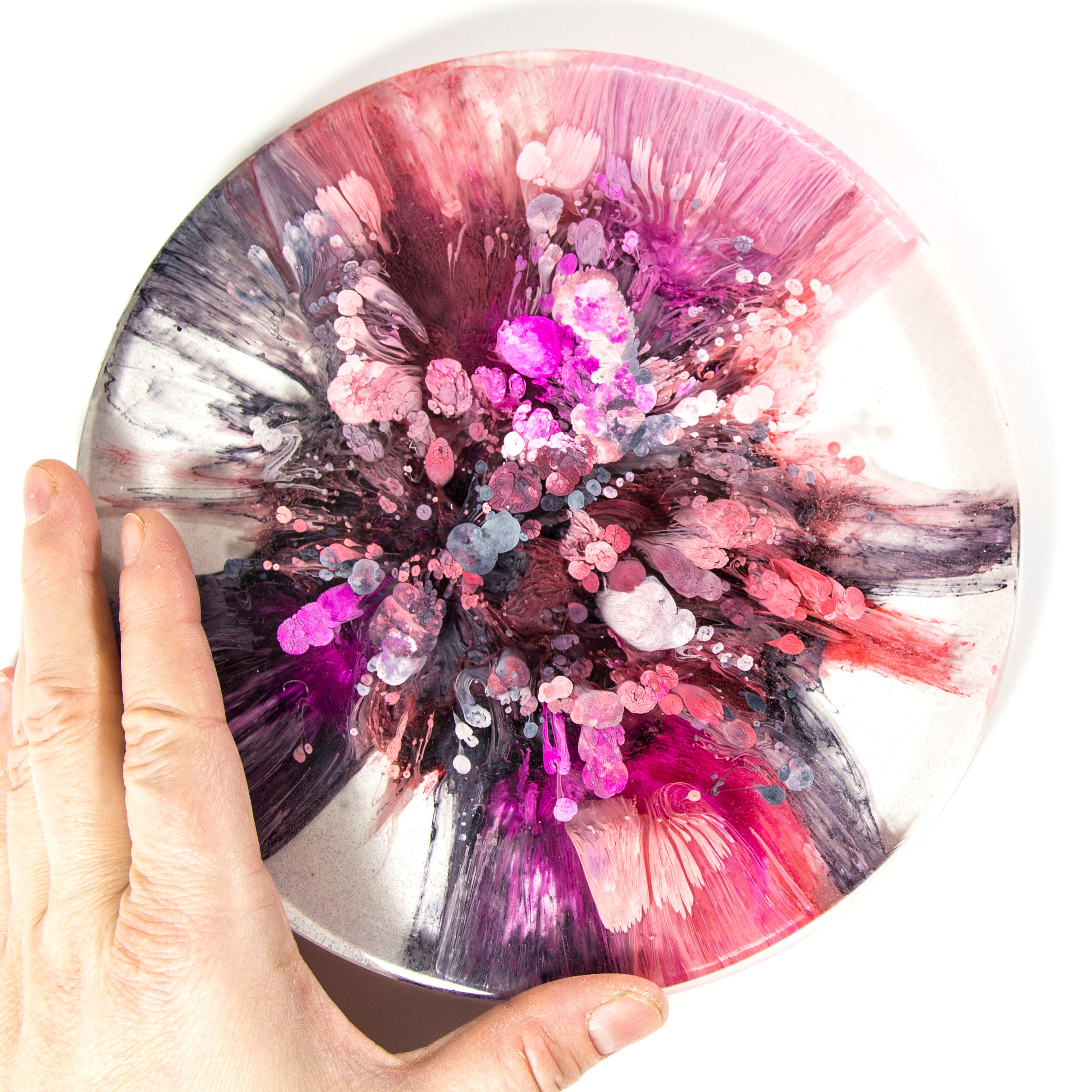 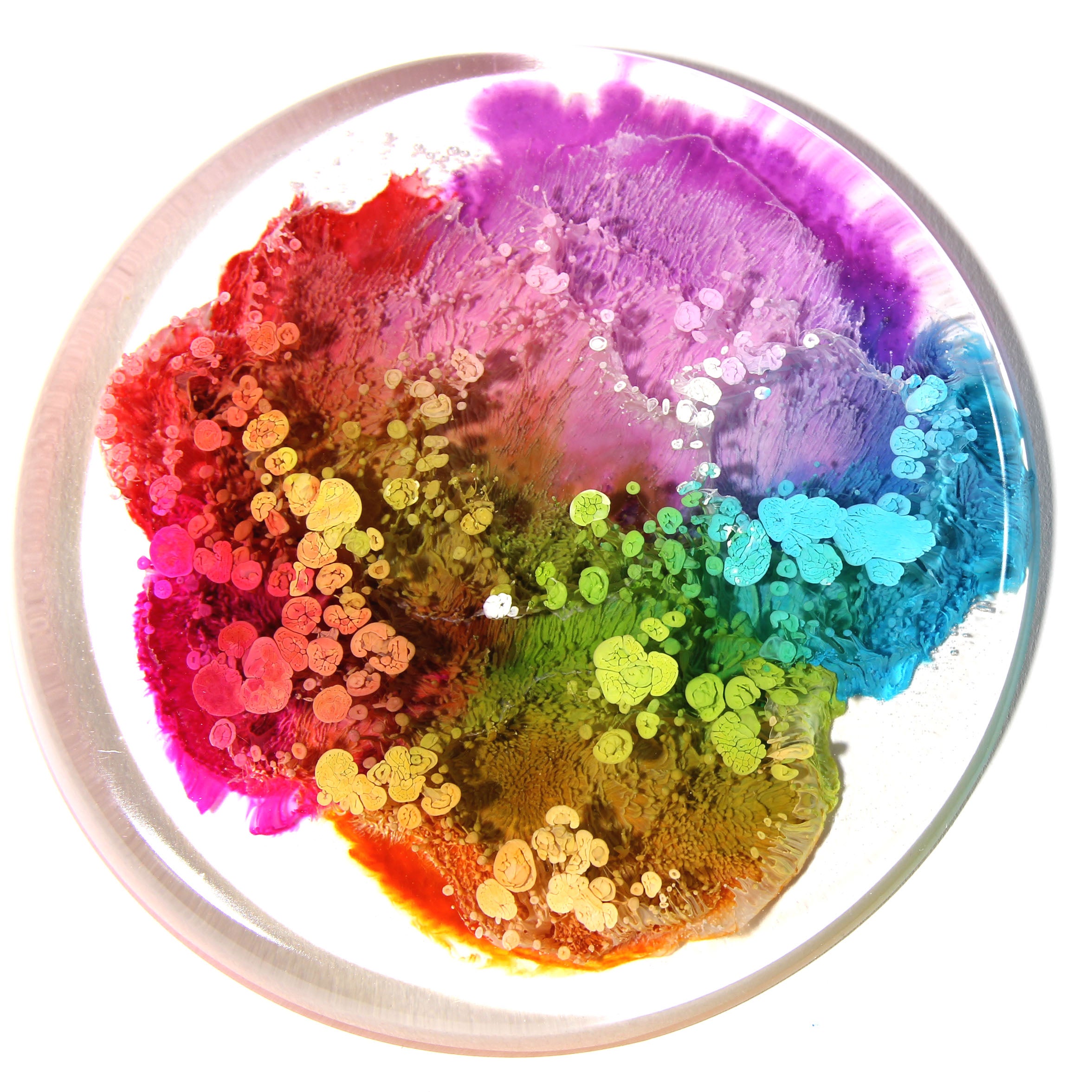