There’s no shortage of meticulously crafted illustrations and animations out there if you’re looking to tax and perplex your brain, but sometimes optical illusions can happen naturally in the real world. Like when someone put two copies of this same photo side-by-side, resulting in a bizarre illusion where your brain thinks these two roads actually converge.

In reality, all of the lines making up the complicated brick pattern on the roads in each photo all run perfectly parallel to each other, because they’re the exact same photos. But as a result of the angle and perspective of the photo, the road appears to converge at the bottom, leaving your brain to assume that for this image to plausibly exist, the two paths must diverge off into the distance. 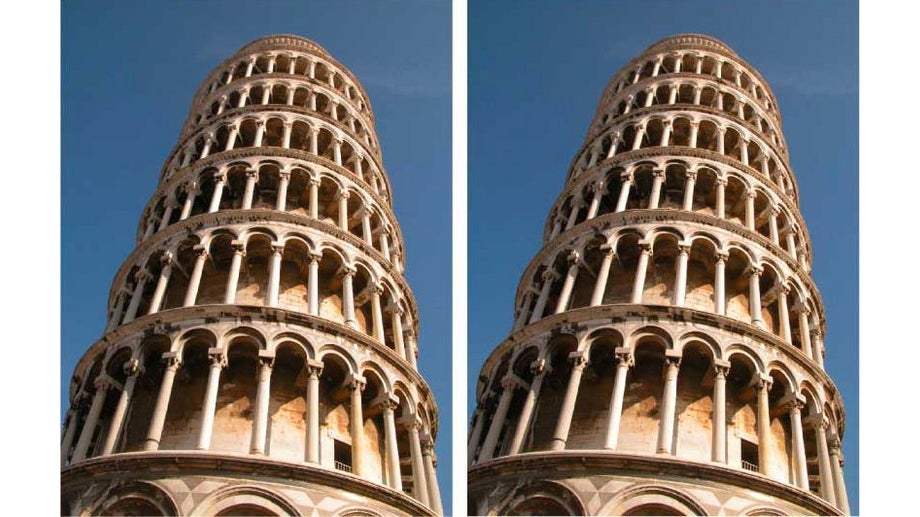 The pair of images create a very similar effect to the 2007 Illusion of the Year by Dr Frederick A. A. Kingdom, Dr Ali Yoonessi, and Dr Elena Gheorghiu of McGill University, in Montréal, Québec, Canada. As documented in this research paper, the Leaning Tower Illusion placed two low-angle images of the Leaning Tower of Pisa side-by-side, causing the brain to assume that the two towers must converge at the bottom as it attempts to complete the missing part of what it thinks is a single image.

Our brains exist in a 3D world, and assume that whatever our eyes are seeing must also exist in 3D, applying learned rules of perspective to even two-dimensional images. But processing everything we see with the assumption it has three dimensions doesn’t always result in an accurate conclusion, as these brain-fooling two-dimensional illusions reveal. [Reddit via Digg]