Have you seen this photo of Stephen Hawking protesting the Vietnam War in 1968? It’s a powerful image, but it’s not actually Hawking. Gizmodo has confirmed with the National Portrait Gallery in London that it doesn’t actually know who the bespectacled man with canes might be.

“The photographer, Lewis Morley indicated that Hawking was in the image but the Gallery has since ascertained that this was incorrect.”

British-Pakastani activist and journalist Tariq Ali, who’s also featured in the photo, was the first to point out on his Facebook page that the image doesn’t actually show Hawking.

So how did so many people start to think that it was the famed scientist? The National Portrait Gallery in London sells prints of the photo on its website. The image for sale clearly lists the people in the photo, taken by Lewis Morley, as “Stephen Hawking; Tariq Ali; Vanessa Redgrave.” 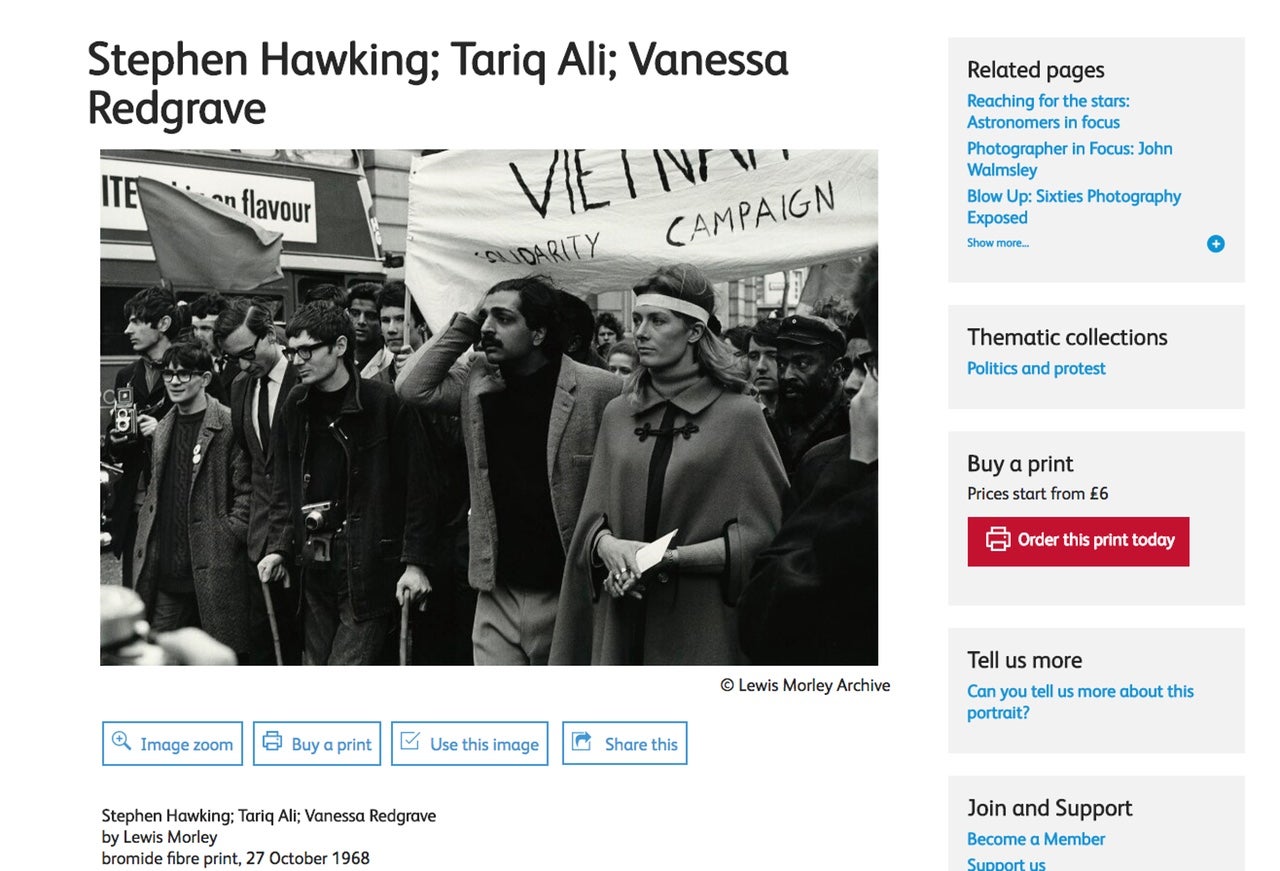 But if we take a closer look at this photo it’s clearly not the same man. The unnamed man in the photo and Hawking may have similar glasses and a similar physique, but there are plenty of ways to tell them apart. As just one physical difference, the man in the Vietnam War protest photo has attached earlobes, while Stephen Hawking had detached earlobes.

To make things even more confusing, news outlets have also labeled the photo as Hawking, like the Guardian did in this photo gallery from 2013. The photographer, Lewis Morley, died in 2013.

The National Portrait Gallery in London has told Gizmodo that it will update its website with the correct information by tomorrow.

29 Viral Photos and GIFs From 2017 That Were Totally Fake