Why Two Guys Are Building a Massive Island Out of Fat

Just north of Amsterdam’s most famous canals, there’s an island of fat bobbing up and down in the sea by a wharf in a former shipyard. Right now it’s the size of a Volkswagen Beetle and weighs a metric tonne, but its creators, Mike Thompson and Arne Hendricks, say it will be big enough to walk on one day. Thompson and Hendricks are designers by trade, and they’ve been working on their island of fat for years. They call it Fatberg, with a capital “F,” and one day, when it’s big enough to stand on, they hope to tow it the North Pole.

Gizmodo recently visited Fatberg on a cold winter morning, fully unprepared for the hypnotising allure of congealed fat chilling in shallow water. The mass of animal and vegetable triglycerides started with one drop of fat in a glass of water at MU Artspace in Eindhoven, a tech and design hub in the southern Netherlands, way back in 2014. At first glance, the project appears to be some sort of reaction to the bus-sized fatberg pulled from London’s sewers in 2013, though Thompson and Hendricks didn’t mention the connection in our conversation.

Regardless, 2013 is when the term “fatberg” first entered public consciousness. The local London utility company Thames Water called the famous 143-tonne monstrosity “The Beast,” and it consisted of a mixture of animal fat and filth that built up in the sewers over the years before causing a clog and demanding its eventual removal. Pieces of that fatberg later went on display at the Museum of London, and cities around the world continue to find similar masses of organic matter in their own underbellies.

What Thompson and Hendriks are doing is different. While the trash-based fatbergs that have plagued sewers represent an awful pollution problem, the Amsterdam Fatberg offers a more hopeful message. The world is going to shit, sure, but Fatberg will triumph.

Most people wouldn’t consider fat to be a beautiful thing. It’s what you trim off a luxurious steak. It’s what you work off at the gym. It’s what clogs up London’s sewer systems, collecting unknown pieces of filth and untold numbers of Wet Wipes along the way. But when you look at Fatberg, you’re looking at fat in its purest form.

Thompson and Hendricks use a combination of animal and vegetable fats to build Fatberg. (They also say they’ve been promised some human fat from a liposuction procedure, although that hasn’t been delivered yet.) Once they’ve acquired the raw materials, the process of building Fatberg is impressively simple. They cut up the solid fat and boil it down into a sunshine-coloured sludge. From there, they carry the fat down to a custom-made floating dock where they can pour the freshly melted fat onto Fatberg.

“Scale is a bitch,” Hendricks says, remarking on how Fatberg grew quite quickly at first but has becoming so large that it’s hard to see a difference in size with each session of fat-pouring. 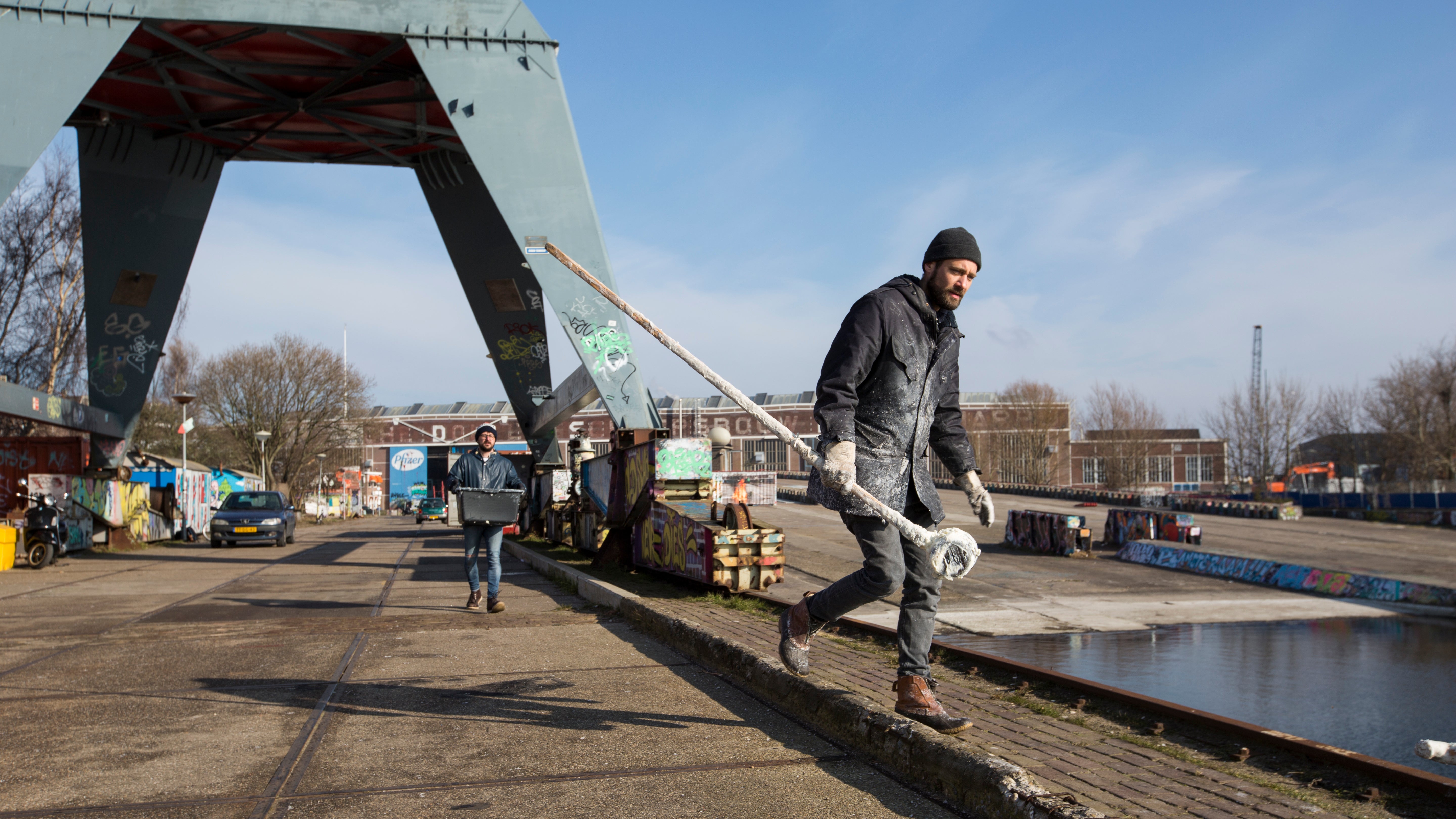 Mike Thompson and Arne Hendricks make their way to Fatberg with a fresh load of fat. (Photo: Adam Clark Estes)

The morning that Gizmodo visited Fatberg happened to be the morning that the island reached 1,000 kilograms (2,205 pounds). That’s a metric tonne and roughly the same weight as a medium-sized black rhinoceros. Thompson and Hendriks know the weight because they’ve been keeping track of how much fat they melt down and pour on top. They also jump in the water and measure the size with a length of string from time to time. It’s not quite big enough to support a human’s weight, but thanks to the plentiful quantities of sweet, sweet gristle, Fatberg has become a popular destination for local seagulls who like to munch on the drippings. This sort of energy exchange is the point, too, says Thompson.

That’s an optimistic outlook. While Fatberg has won international fame for being, well, a huge island of fat in the water near Amsterdam, it seems unlikely that mankind will replace icebergs with fatbergs. We do know that Fatberg is feeding some seagulls at least.

But if Thompson and Hendriks get their whimsical way, the future might be a wonderful world, where people don’t think of fat as a hazard or menace. That world might feature a much bigger Fatberg, an island you can walk on or an energy source for animals. Maybe one day Fatberg will float around the world on a grand tour of its own. In many ways, that’s up to Fatberg. 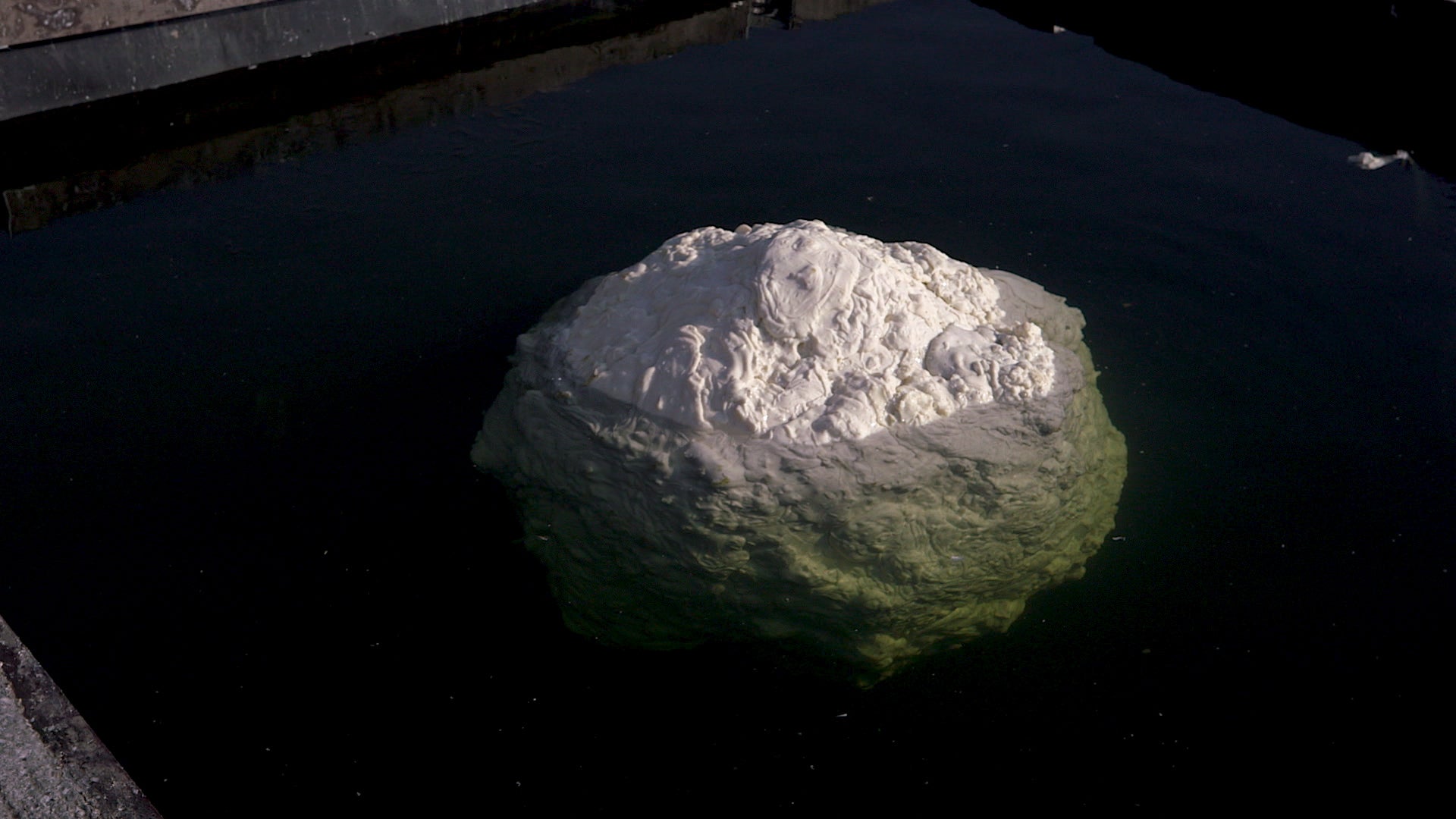 After Just 6 Months, the Phone Notch Is Already Deeply Uncool