By Luke Plunkett on at

Nintendo just announced a new official charging stand for the Switch that “makes playing in tabletop mode easier than ever”.

The charging solutions that shipped with the console at launch were pretty limited in this regard as the dock blocked access to the screen, while using a cable and the kickstand at the same time was impossible due to the former’s location at the bottom of the Switch. 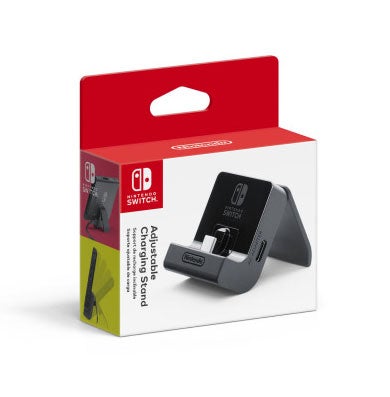 This new curved stand—whose angle can be adjusted—takes care of that, letting you thread a USB cable through it to charge your Switch while also having it propped up in a position people can see it across a table.