With fresh data breaches surfacing nearly every day, it’s impossible for one person to keep track of it all. Thankfully, there’s an app for that, and starting soon, it will be even more accessible for millions of users.

Earlier this week, Security researcher Troy Hunt announced that his data breach service, Have I Been Pwned (HIBP), will soon integrate with Mozilla’s Firefox browser. A feature found in Firefox Monitor, a new Mozilla security tool, which is currently in testing, enables users to check if their personal data has been compromised by any data breaches logged by HIBP.

“This is major because Firefox has an install base of hundreds of millions of people which significantly expands the audience that can be reached once this feature rolls out to the mainstream,” Hunt wrote in a blog post Tuesday.

According to Mozilla, roughly 250,000 users (mainly in the US) will be invited to test out the feature as early as next week.

What’s more, HIBP has also been integrated into 1Password, the popular password manager, which Hunt says he has personally used for the past seven years. (A screenshot of the app in action is below.) 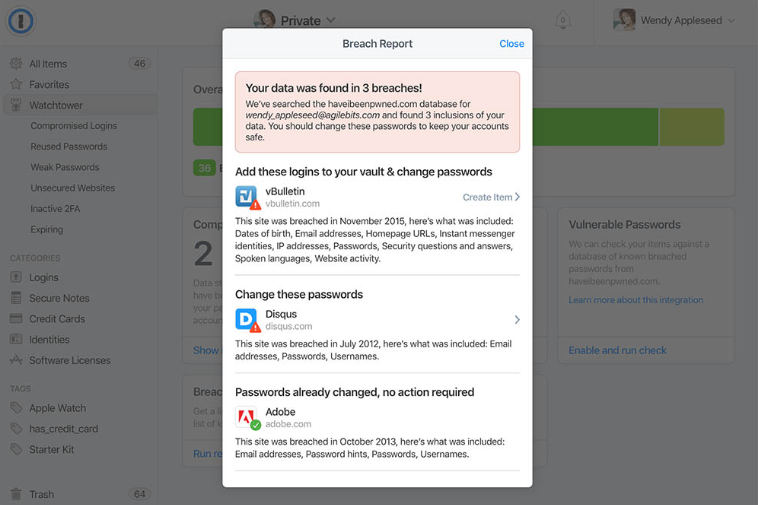 1Password’s Watchtower feature will now notify users whenever an account is flagged by HIBP as having been exposed. This will allow users to quickly change passwords whenever they’re at risk of being compromised.

“The leverage these two organisations have to drive positive outcomes in the wake of data breaches is massive,” Hunt said, “and I’m enormously excited to see the impact they both make in partnership with HIBP.”

Airbnb Teams Up With August Smart Locks and What Could Possibly Go Wrong?

HMRC is in Trouble For Allegedly Storing Taxpayer Voices Without Consent