All 12 Boys and Coach Rescued From Thai Cave

An 18-day ordeal in which the Wild Boars football team was trapped inside a flooded cave complex in northern Thailand has finally come to an end, with the twelfth team member and the coach exiting the cave earlier today.

Four boys were rescued from the caves on Sunday, four yesterday, and now the remaining five today, as reported by the BBC. The rescue operation isn’t officially over, as the doctor who was attending to them, plus three navy SEALS, have yet to emerge. This nightmare, which started on June 23 when the boys ventured into the Tham Luang Nang Non cave complex, is mercifully winding down, and with a mostly positive result. On Friday, Saman Gunan, a former Royal Thai Navy special operations diver, died while delivering oxygen tanks to the cave. No doubt, the death toll could easily have been higher given the treacherous conditions along the cave route.

All 12 boys and their 25-year-old coach are now sharing a hospital room at a nearby hospital in Chiang Rai. The Wild Boars members are said to be physically and emotionally healthy, and “in high spirits,” according to CNN. That said, two boys who left the cave with abnormally low body temperatures are suspected of having a lung infection, possibly pneumonia.

The boys are being held in quarantine, both to prevent them from contracting a disease in their weakened state, and to prevent them from spreading any disease they may have contracted while in the caves. During their weeks underground, they may have been exposed to a bacterial disease known as leptospirosis, which is carried by rodents and transmitted through water, or histoplasmosis, also known as “cave disease,” by breathing in spores of fungus found in bird and bat droppings. Concerns that they’re contagious, however, are likely overstated, as none of these diseases are known to spread from human-to-human contact. 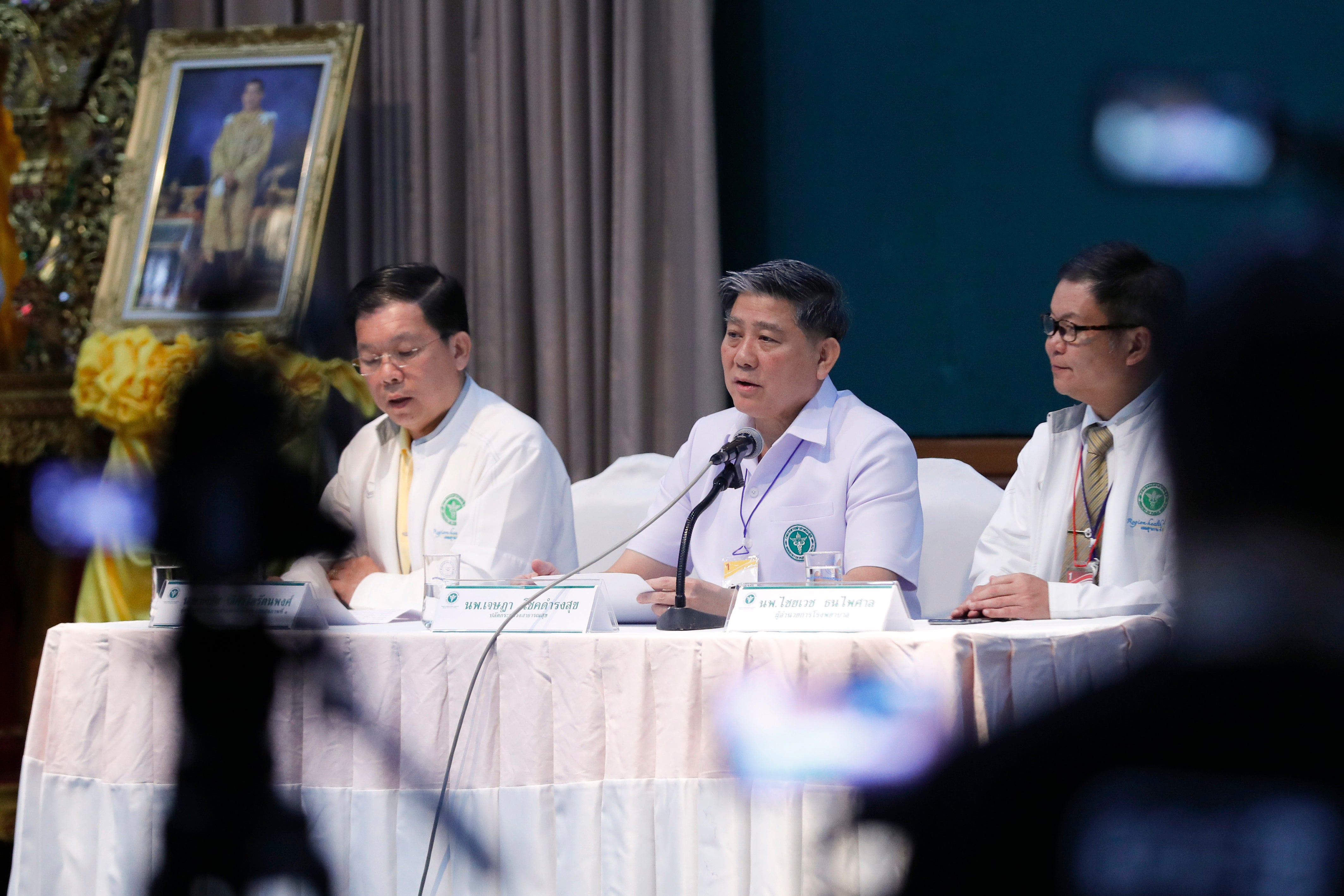 The quarantine will end in about seven days, but until then, family members can interact with the boys through a glass window and talk to them on the phone. The boys are said to be upbeat, but the initial euphoria of being rescued may be fleeting. The long-term psychological effects of this ordeal on the boys and the coach won’t be known for some time, with post-traumatic stress disorder being a distinct possibility. The Wild Boars were missing for nine days before being discovered by expert divers on 2 July.

Today’s rescue involved 19 divers and took nine hours to complete. Owing to good weather, water levels have receded to the point where much of the cave can be traversed on foot and by wading through water. Still, it was the submerged channels that presented the greatest difficulties.

For the rescue, each of the boys, most of whom didn’t know how to swim, were equipped with bodysuits and a full face mask. Two divers were assigned to each boy, one swimming in front, and one monitoring the rear. A static rope lead the way to the mouth of the cave.

“This is the hardest mission we’ve ever done. The lower the water is getting, the stronger the current. It’s stronger now. Every step of the extraction is risky,” Thai rescue diver Narongsuk Keasub told CNN. “”We can only see our hands (at a) short distance. Secondly, the stones are razor sharp which is dangerous for our diving, (and) thirdly the passage is very narrow.”

A BBC report claims the boys were given medication to prevent them from panicking on the way out. The unnamed drug was described as an anti-anxiety medication that’s often used by soldiers to keep them focused, particularly while sharp-shooting.

An impressive feat of International cooperation, professionalism and dedication. All 12 boys and their football coach have been brought safely out of # Thamluangcave. Just amazing! How rare to have such uplifting news. Hoping to hear Thai divers who stayed with them are also out

This search-and-rescue operation would not have been possible without the hundreds of personnel and volunteers who came to help. It was a truly international effort, involving experts from the UK, US, Australia, China, Myanmar, Laos, Japan, and many other countries. But as the operation comes to a close, many thoughts are of Saman Gunan, who died while trying to help. In respect of his sacrifice, the Thai ex-Navy diver will be honoured with a state funeral. [BBC, CNN]

Roku's Bringing its Enhanced Voice Search to the UK

Apple Just Bought a ‘Netflix for Magazines’ App and Whoa, What Year Is It?