All the Greatest Cosplay We Spotted at San Diego Comic-Con, Day One

San Diego Comic-Con is now in full swing, and cosplayers are bringing their A-game in celebration of their favorite shows, films, and comics. Check out this video and photo collection showing off some of our favourite finds from Wednesday and Thursday. We’ve got My Hero Academia villains, Ms. Marvel, and of course... Iron Spider-Dog? Enjoy! 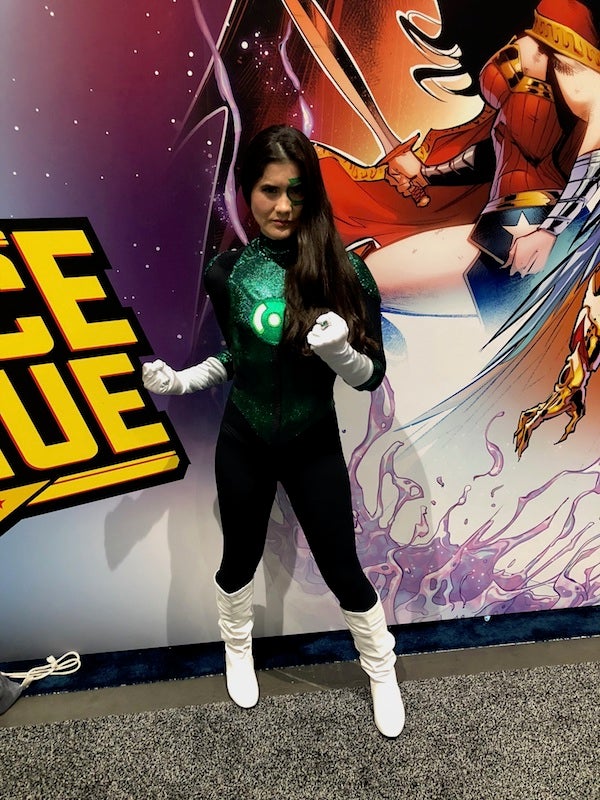 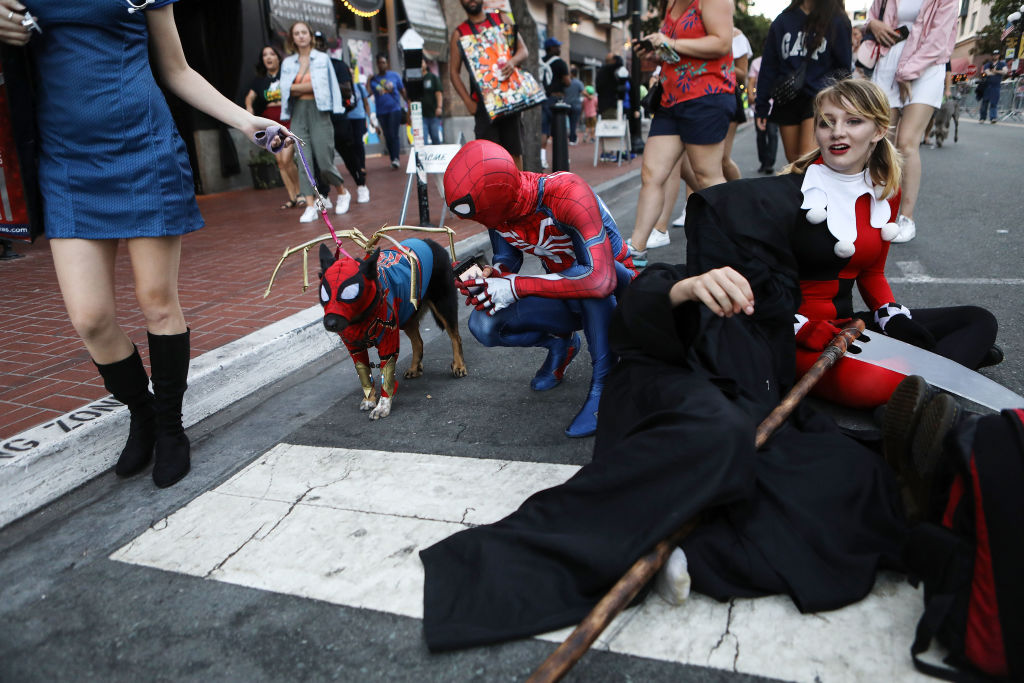 There are multiple good cosplays in this picture, but there is also THE IRON SPIDER-DOG. (Photo: Mario Tama/Getty Images) 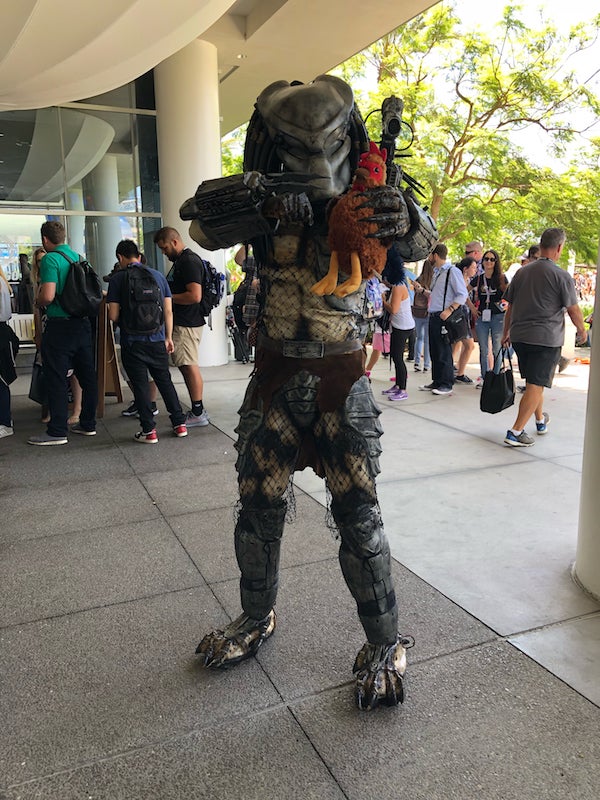 The Predator wants you to know he really doesn’t like chickens. (Photo: Germain Lussier/Gizmodo)

Even the Iron Patriot has to check Twitter sometimes. (Photo: Mario Tama/Getty Images)

Domino is here, so we all just got a little bit luckier. (Photo: Beth Elderkin/Gizmodo)

To beat you? It only takes One Punch, Man. (Image: Mario Tama/Getty Images)

To me, my X-Men! Cyclops is on the prowl. (Photo: Mario Tama/Getty Images)

The Shining twins are here to freak out every SDCC attendee, especially ones named Danny. (Photo: Christy Radecic/Invision/AP) 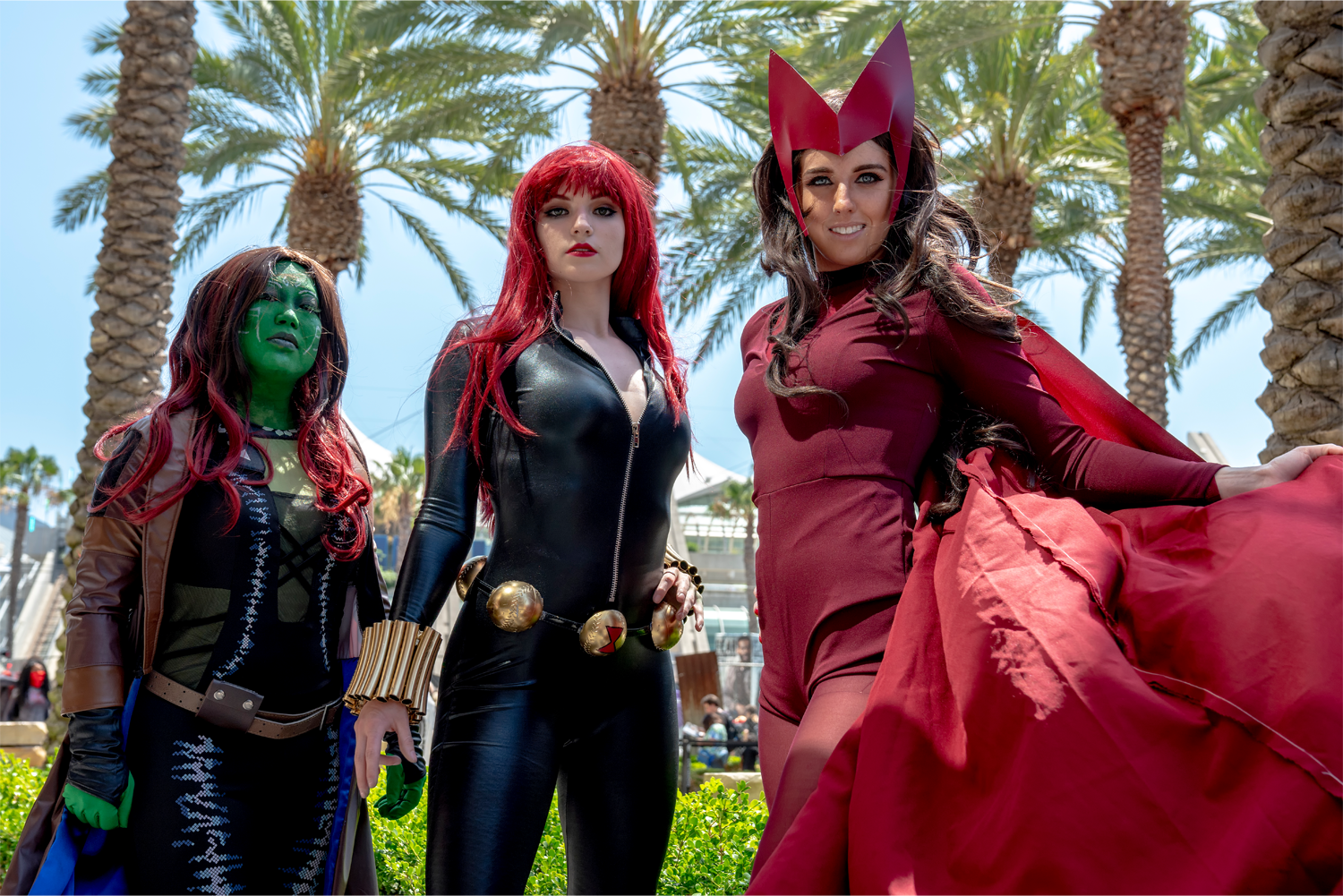 Gamora, Black Widow, and the Scarlet Witch are here to save the day in the Mighty Marvel fashion! (Photo: Christy Radecic/Invision/AP)

A most dynamic duo indeed, in the form of Wonder Woman and Batman. Batman’s definitely the Robin in this duo. (Photo: Christy Radecic/Invision/AP)

Are we SURE that’s not the real Jon Snow? (Photo: Germain Lussier/Gizmodo) 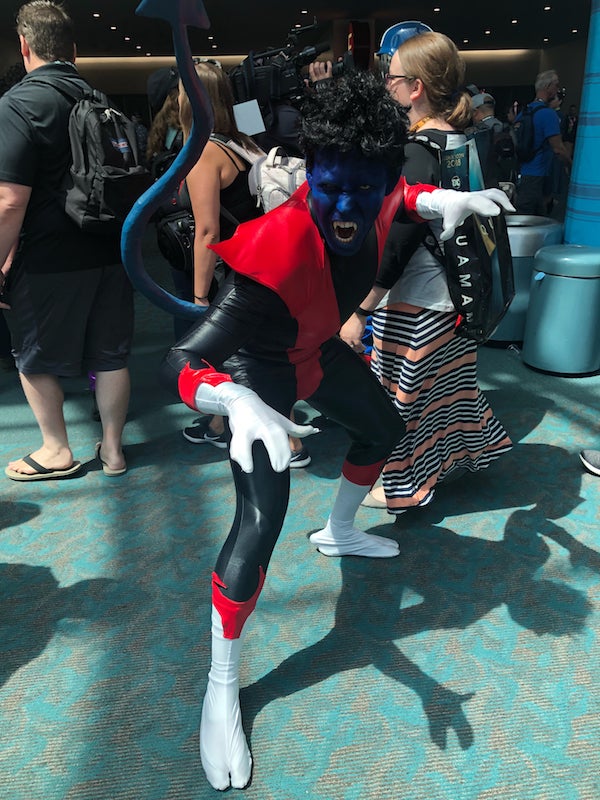 Killer Croc is on the hunt. (Photo: Christy Radecic/Invision/AP) 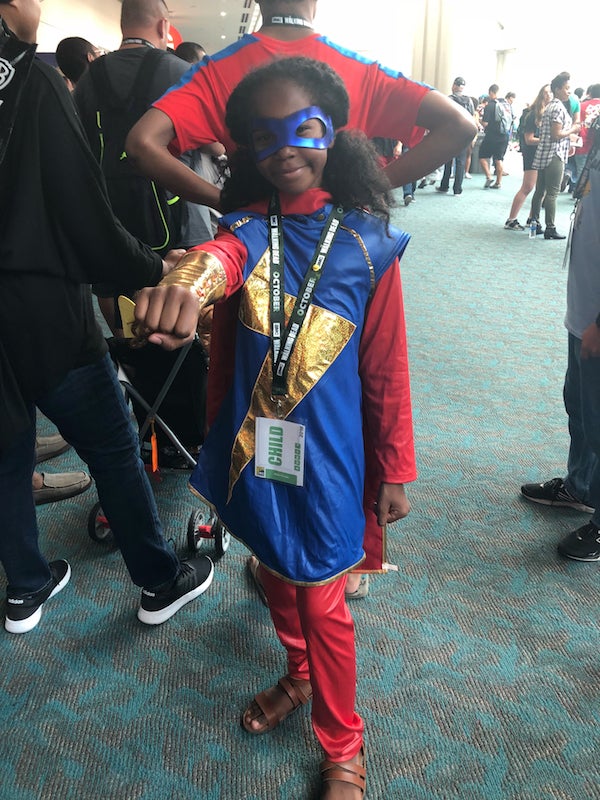 Ms. Marvel is here to save all of our days! (Photo: Evan Narcisse/Gizmodo) 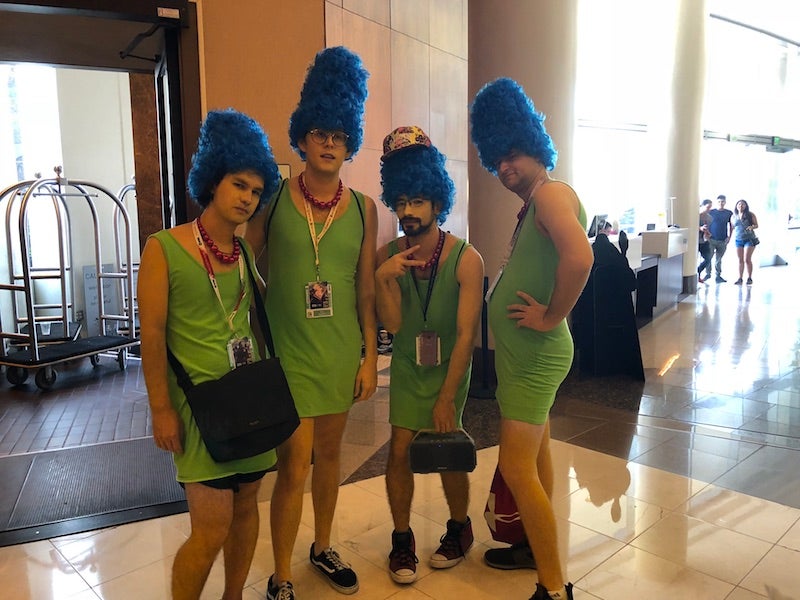