The Japanese spacecraft Hayabusa2 has made some of its closest approaches to asteroid Ryugu yet, returning breathtaking images. Here you can see the an image of the asteroid from just six kilometres (3.72 miles) away. One pixel in the image is around 60 centimetres (1.9 feet). 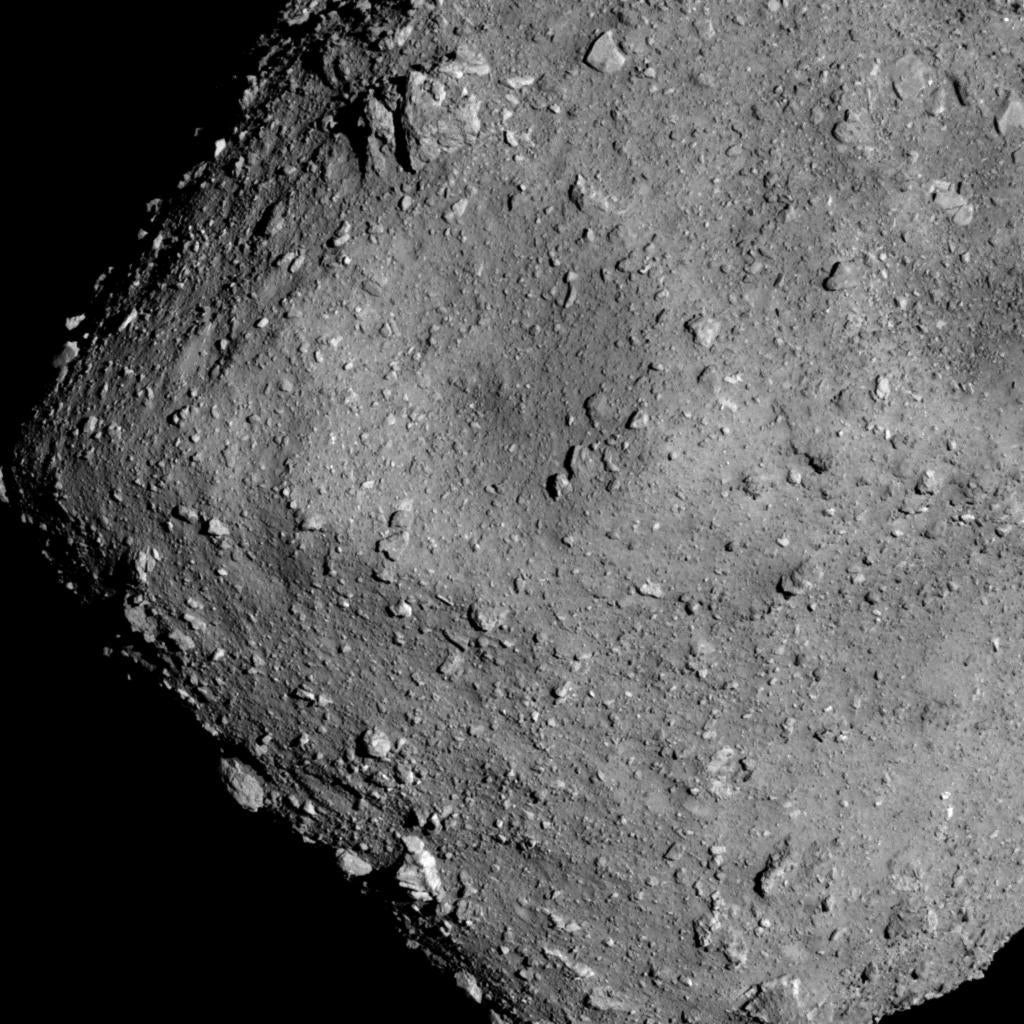 Hayabusa2 will eventually try to sample the asteroid’s surface. This is not an easy feat. Asteroids have weak, complex gravitational fields, as well as dusty and rocky surfaces. All this makes landing without bouncing off a formidable challenge. Here, you can see a large crater towards the centre of the image, and lots of large rocks.

Hayabusa2 began orbiting Ryugu at around 20 kilometres (12.4 miles) above its surface, and scientists eventually moved it to its current location last week. Six kilometres is very, very close. Let’s try to visualise it: When you’re in a plane at cruising altitude, you’re around 10.7 kilometres from the ground. When I went to Mexico to film this video, the mountain in this picture was around six kilometres away: 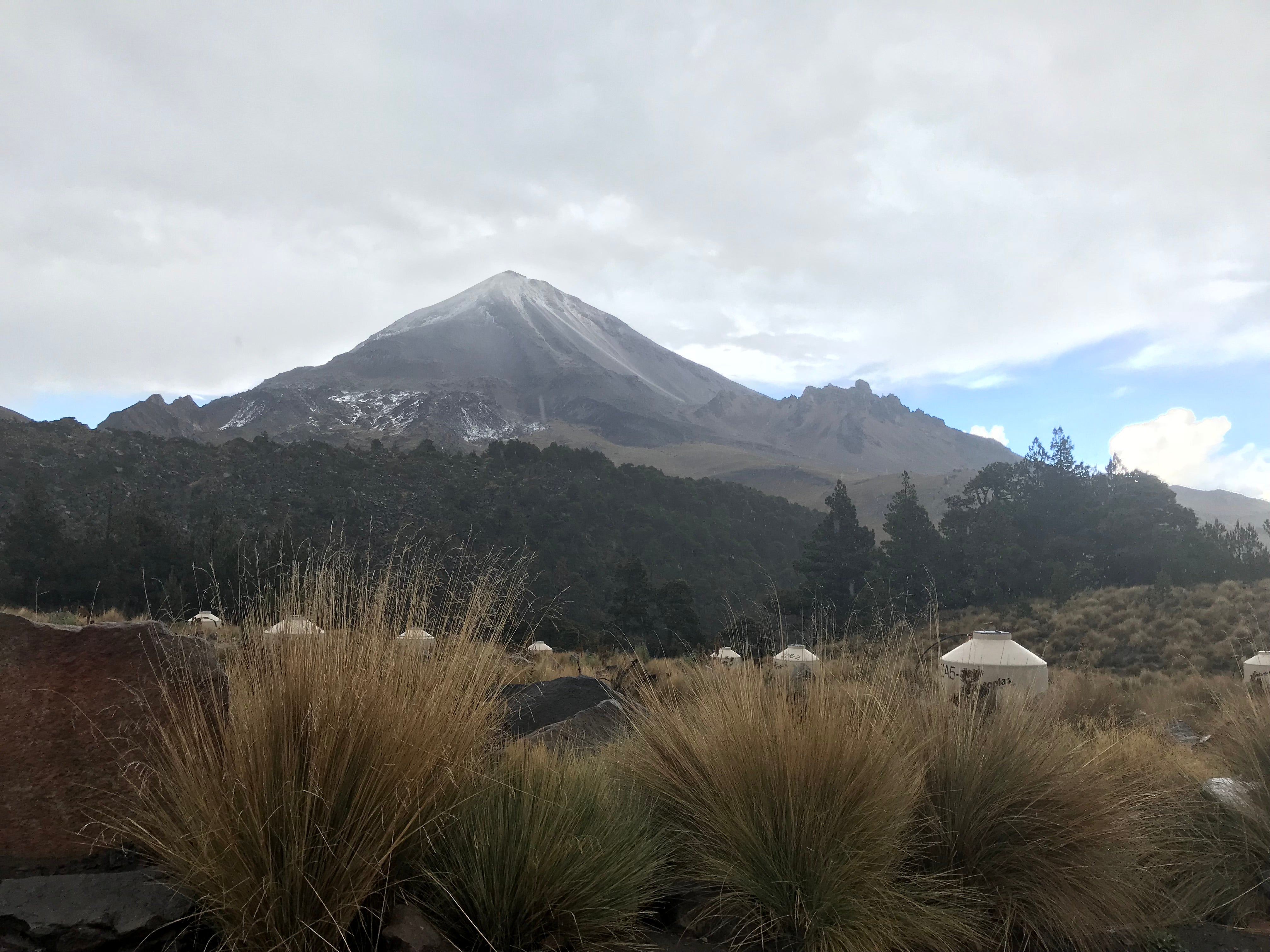 So, just replace the mountain in that picture with the asteroid, and you’ll get a sense of just how close Hayabusa2 really is to Rygugu: 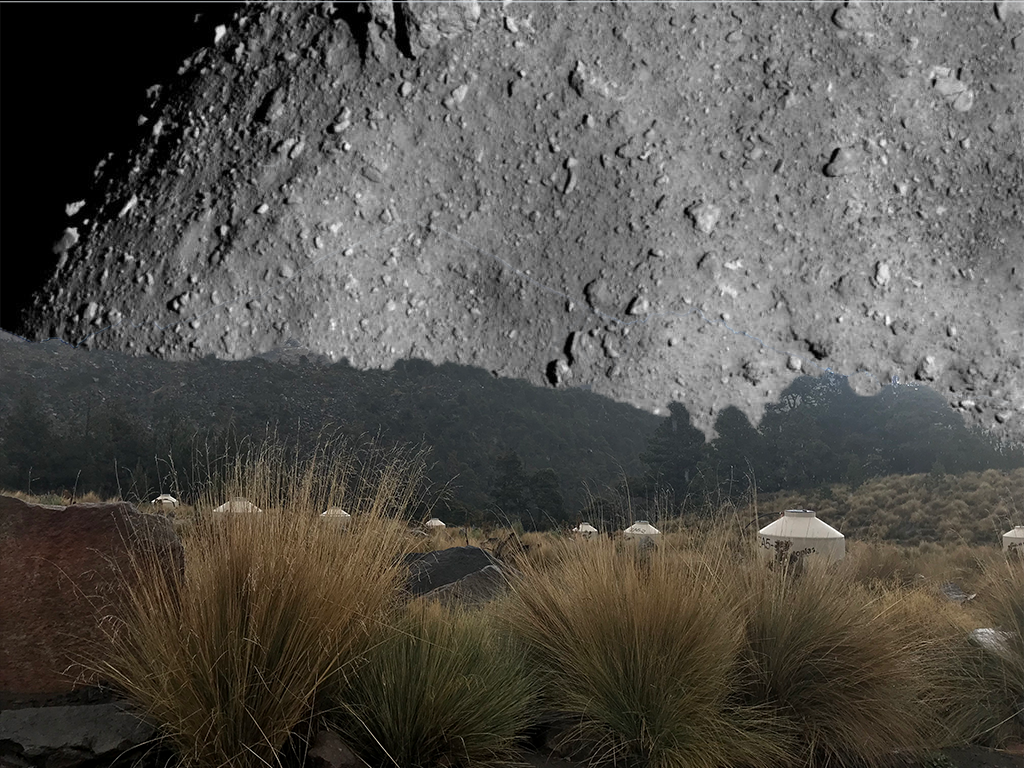 Anyway, the scientists behind Hayabusa2 are still scoping out where to land in order to snag a sample of Ryugu that the spacecraft can then bring back to Earth. But they’re moving carefully—it will likely still be several months before any landing is attempted. [via JAXA]