My 15 Favourite Science and Tech Books for Smart Beach Reading

Summer is upon us, which means it’s time to put together a reading list, whether it’s for the beach, your cottage, or the hammock in your garden. Here are 15 science and technology books that will keep your nerdy brains engaged and titillated. 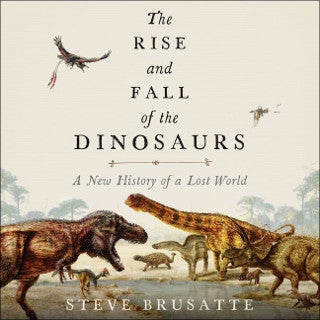 The Rise and Fall of the Dinosaurs: A New History of a Lost World, by Steve Brusatte

Palaeontologist Steve Brusatte pieced together some of the most recent scientific findings to create this up-to-date story of the dinosaurs, from their humble beginnings during the Triassic, to their dramatic rise during the thundering Jurassic, and ending with their cataclysmic demise at the end of the Cretaceous. Filled with vivid illustrations, historical accounts, and tales of palaeontological expeditions, this book will change the way you think about dinosaurs. 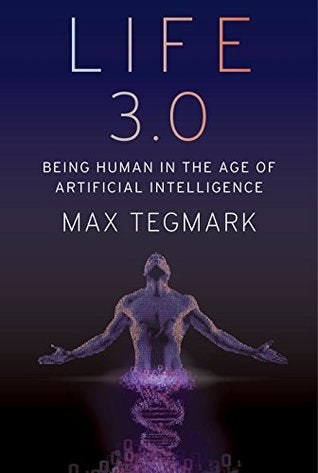 Life 3.0: Being Human in the Age of Artificial Intelligence, by Max Tegmark

Artificial intelligence is poised to change nearly every facet of human life, from the way we do business and fight crime through to advances in self-driving vehicles and medicine. Life 3.0 tackles these and many other subjects, exploring the many ways in which our future, and humanity itself, could be moulded by the powers of AI—for better and for worse. 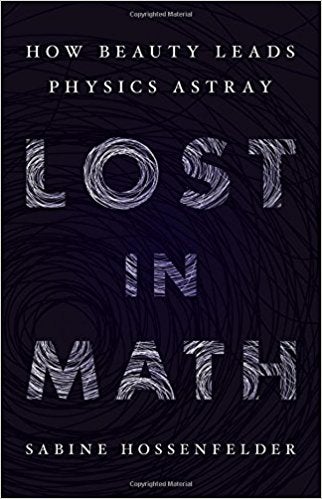 Physics is great, except when it isn’t. As author Sabine Hossenfelder points out in this highly readable book (you don’t need to be good at maths or physics to enjoy and appreciate it), the notion that the best theories in physics are the most beautiful ones has led scientists down a dark path. Physics is now stuck in a rut, argues Hossenfelder, requiring scientists to re-construct their theories. 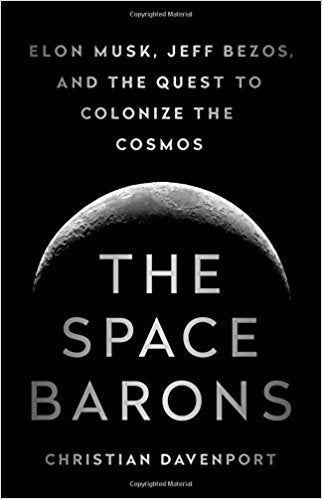 The Space Barons: Elon Musk, Jeff Bezos, and the Quest to Colonize the Cosmos, by Christian Davenport

We’re in the midst of new space race, but instead of rival countries battling for technological supremacy, the struggle has turned to the private sector. Washington Post staff writer Christian Davenport’s new book explores some of the key characters involved in the commercialisation of space—the so-called Space Barons who are spending literally billions of dollars to push the industry—and their own personal, ego-driven agendas forward. 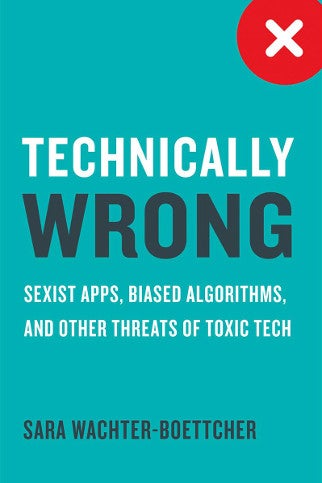 If you’re in the mood to get angry at the tech industry this summer, then this is the perfect book for you. In Technically Wrong, Sara Wachter-Boettcher does a deep dive into the world of app and algorithm development, explaining why so many of the digital products we use today are so deeply and fundamentally flawed—and even harmful. 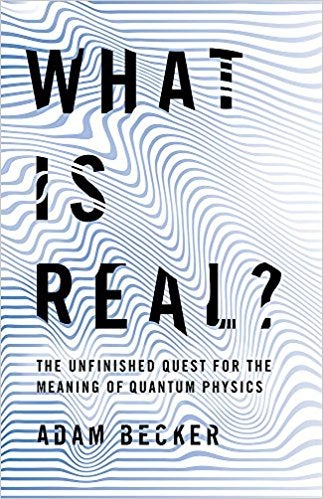 What Is Real? The Unfinished Quest for the Meaning of Quantum Physics, by Adam Becker

Physicist Richard Feynman once said, “If you think you understand quantum mechanics, you don’t understand quantum mechanics.” Indeed, fewer things are as bizarre and spooky as the quantum realm, leading to all sorts of wacky ideas. Adam Becker’s new book, What Is Real, cuts through the confusion, providing a vivid account of this often arcane field, its history, and its numerous controversies. 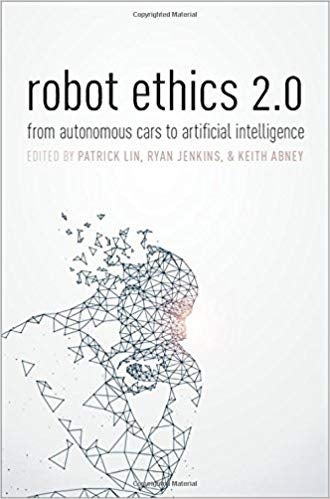 The classic Trolley Problem, as this updated compendium on robot ethics demonstrates, is child’s play compared to what’s coming. Advances in AI and robotics are arriving at a steady pace, exposing us to new risks, whether it be from self-driving cars, autonomous drones, or a robotic killing machine. This book of essays tackles many of the issues involved, from moral and legal responsibilities through to issues of trust, love, sex, and war. 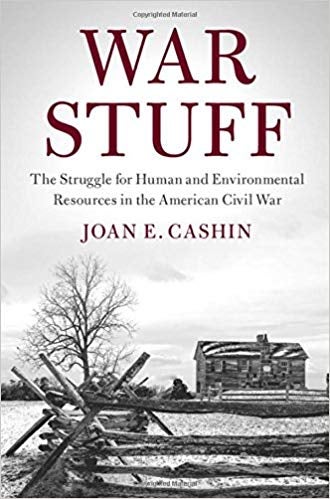 War Stuff: The Struggle for Human and Environmental Resources in the American Civil War, by Joan E. Cashin

So much has been written and said about the US Civil War, but as this new book by Joan Cashin makes clear, this 19th-century conflict still has some stories to tell. Combining military history, sociology, environmentalism, and gender studies, War Stuff reveals the disturbing extent to which both the North and South exploited the civilian population and the American land to fight the Civil War. 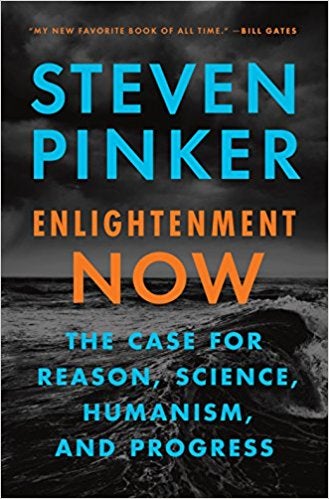 Enlightenment Now: The Case For Reason, Science, Humanism, and Progress, by Steven Pinker

Love him or hate him, neuroscientist Steven Pinker is never not interesting. In this current era of cynicism and despair, Pinker dares to suggest that things are, slowly but surely, getting better—and that we have Enlightenment and humanist values to thank. Hard to resist a book that Microsoft founder Bill Gates has described as “my new favourite book of all time.” 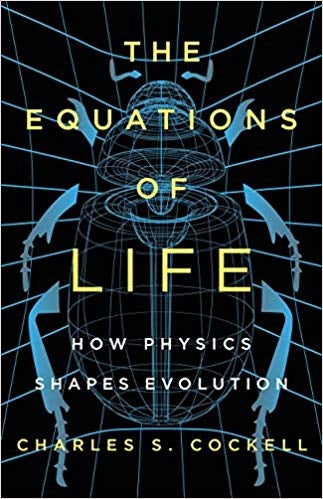 The Equations of Life: How Physics Shapes Evolution, by Charles S. Cockell

Across the vastness of the Universe, the laws of physics remain the same. This inalienable aspect of the cosmos, argues Charles Cockell in The Equations of Life, means the processes of biology and evolution are constrained by what these laws permit. Life as we know it here on Earth, therefore, is very similar to how it will appear elsewhere, whether on Mars or the icy moons of Jupiter and Saturn, or even further beyond. 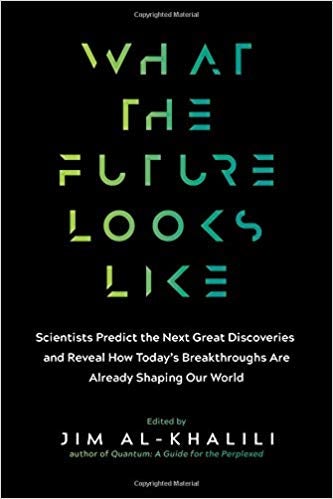 What the Future Looks Like: Scientists Predict the Next Great Discoveries―and Reveal How Today’s Breakthroughs Are Already Shaping Our World, by Jim Al-Khalili

Genomics, robotics, AI, the Internet of Things, synthetic biology, interstellar travel, the colonisation of the solar system—these are a few of our favourite things. In What the Future Looks Like, theoretical physicist Jim Al-Khalili rounds up a team of experts to discuss these topics and their impact on the future. 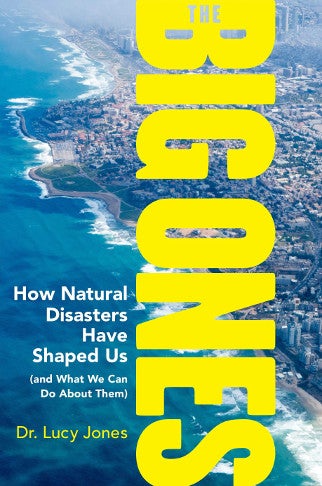 The Big Ones: How Natural Disasters Have Shaped Us (and What We Can Do About Them), by Lucy Jones

Earthquakes, floods, tsunamis, hurricanes, and volcanoes—these are not a few of our favourite things. In The Big Ones, renowned seismologist Lucy Jones takes a look at the history of natural disasters, their impact on our culture, and new ways of thinking about the natural catastrophes in our future. 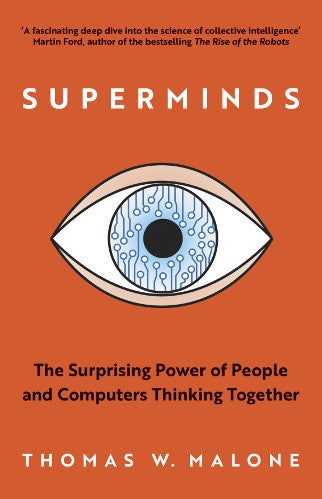 Superminds: The Surprising Power of People and Computers Thinking Together, by Thomas W. Malone

Computers are amazing. So are humans. But both are subject to extreme limitations. Put them together, says author Thomas Malone in Superminds, and you can create some incredible things. Indeed, as we venture into a world infused with AI, the true power of our technologies will only emerge once humans and computers are allowed to collaborate. 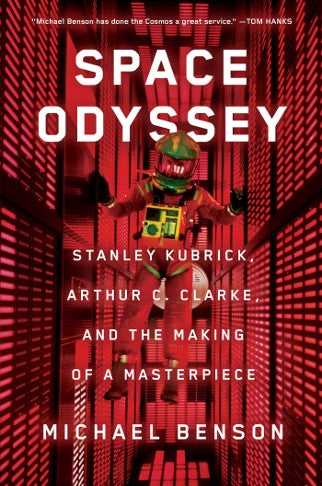 Space Odyssey: Stanley Kubrick, Arthur C. Clarke, and the Making of a Masterpiece, by Michael Benson

This isn’t, strictly speaking, a book about science or technology, but I’m sure Gizmodo readers will find it interesting. In celebration of the 50th anniversary of 2001: A Space Odyssey, Michael Benson looks back on how the film was made, including inside accounts of how director Stanley Kubrick and author Arthur C. Clarke worked to create one of the greatest science fiction films ever made. 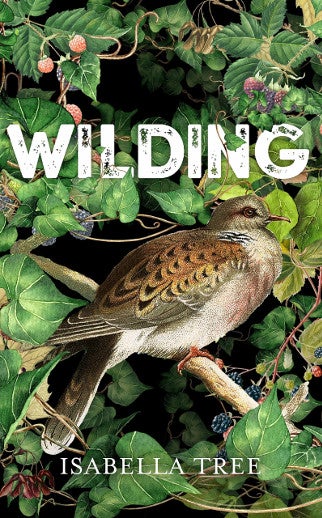 Wilding: The Return of Nature to a British Farm, by Isabella Tree

This is the story of the Knepp Experiment, a pioneering rewilding project in West Sussex, in which free-roaming grazing animals were used to create new habitats for wildlife. In Wilding, Isabella Tree shows what happens when people take a step back and allow nature to take over. 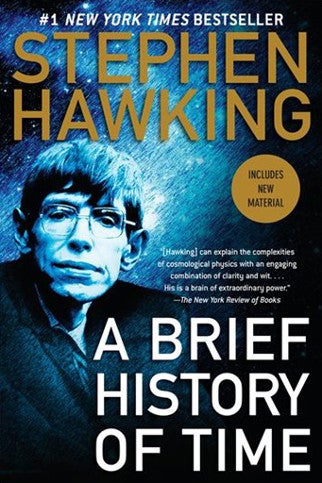 BONUS: A Brief History of Time, by Stephen Hawking

What better way to remember the late, great Stephen Hawking than to read his classic book, A Brief History of Time. Written in 1988 and updated in 1998, this classic sold more than 10 million copies in the first two decades after it was published. From the big bang and black holes through to wormholes and extra dimensions, the book stands the test of time, showcasing Hawking’s brilliance as a physicist and a communicator of science.

Vaping May Not Help People Quit Smoking After All

Listen to the Sound of Saturn's Electromagnetic Energy