Until the Super Soaker came along in 1990, water guns hadn’t changed much in over a century. But the Super Soaker was 28 years ago, and a group of German engineers and designers think it’s finally time for water guns to evolve again. They’ve created the self-filling Spyra One that fires quick bursts of water instead of a steady stream, which promises to improve accuracy and distance.

The Super Soaker was a staple of my childhood, as it was for millions of other kids, but most of my summer afternoons were either spent refilling the blaster, or endlessly pumping air into the water tank so I had enough pressure to soak my friends from afar. The Spyra One supposedly eliminates both of those inconveniences with the addition of motorised pumps that do all of the hard work for you. 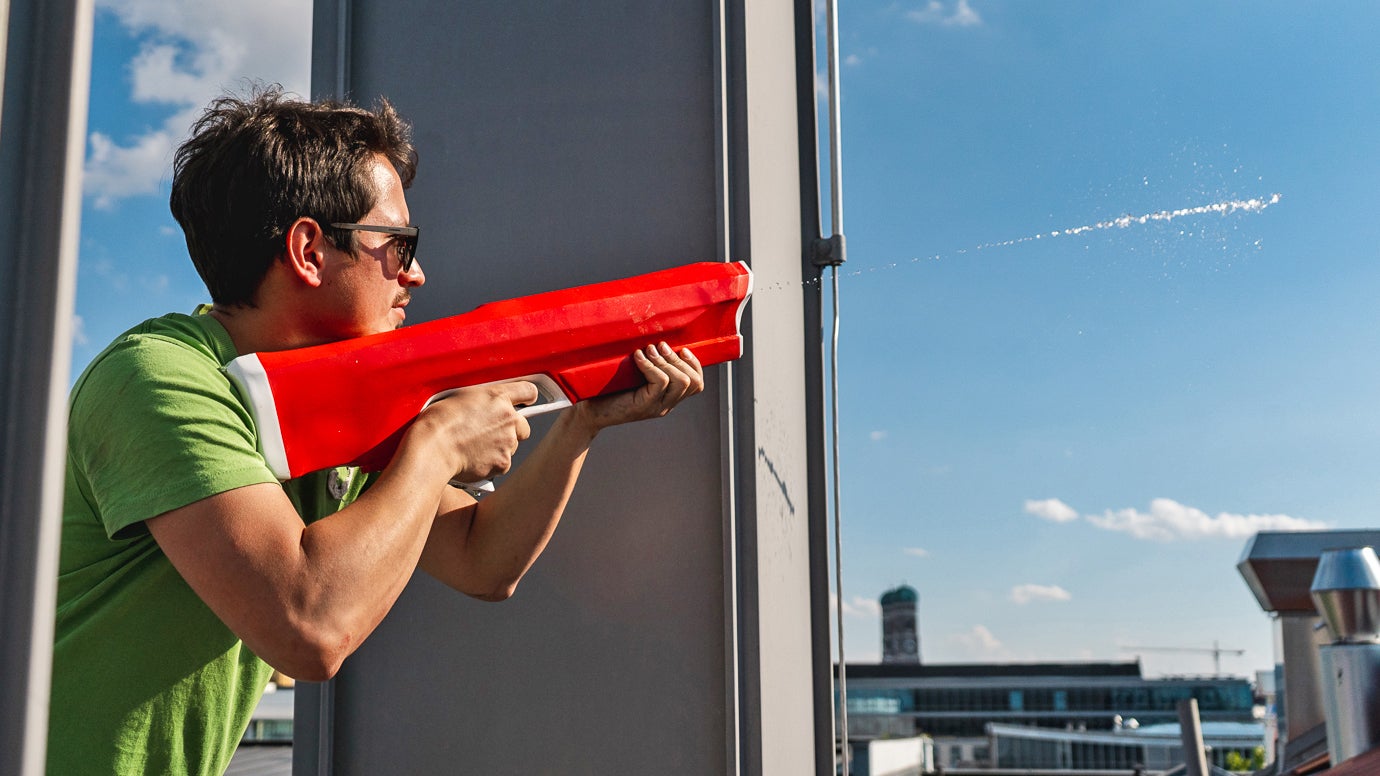 Filling the Spyra One should be as easy as sticking the end of its barrel in a bucket/pool/lake full of (mostly) clean water. Its filtered intake is designed to prevent small particles from getting inside while a pump should automatically suck up enough water to fill the blaster’s reservoir in about 14 seconds. While that’s happening, the Spyra One also pressurises its internal water tank, so as soon as you pull the trigger, it’s ready to fire. A full refill can deliver 25 shots of about 30 millilitres of water, or roughly a shot glass-sized blast every time you pull the trigger that can accurately hit a target as far as 25 feet away before the concentrated stream breaks apart. 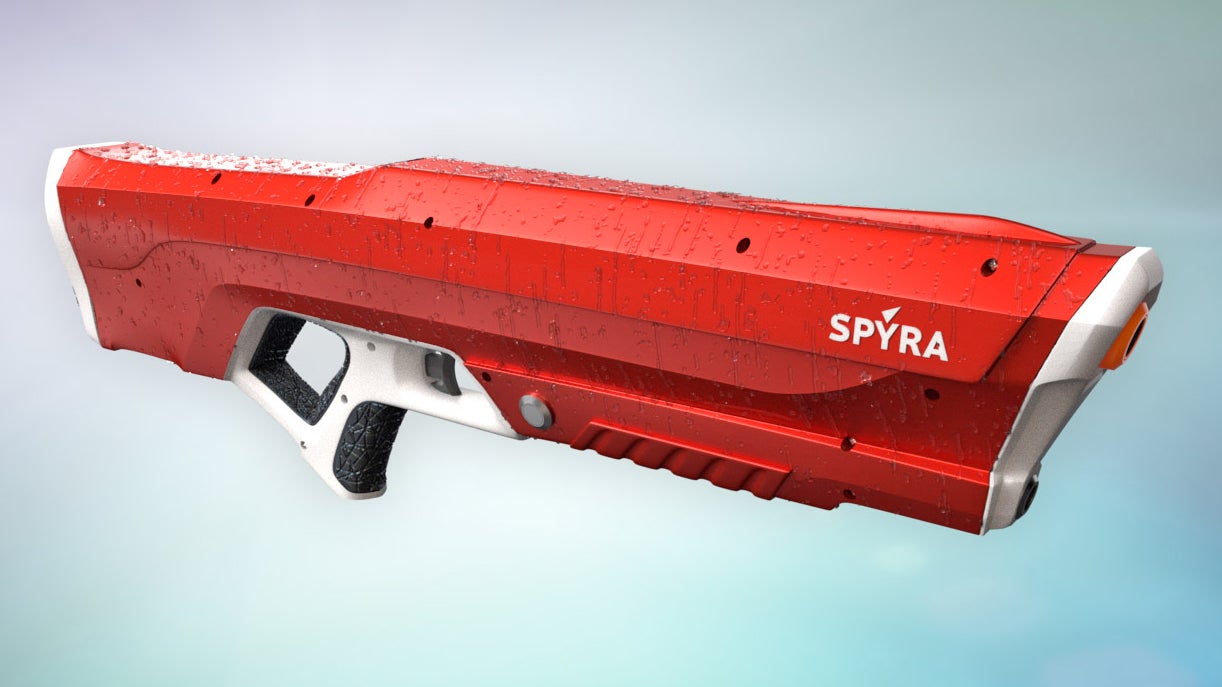 All of that automation means the Spyra One needs a steady source of power in addition to water. Its built-in rechargeable power pack is good for at least 45 refills and over 1,100 shots, and during battle a small LCD display on the blaster lets you see your remaining battery life, and your remaining shots, so you know when to take cover. But because the blaster has been sealed to protect the electronics inside from getting as soaked as you are, it doesn’t seem like you can swap in extra batteries in the heat of battle.

Having your fun limited by battery life isn’t the end of the world, but having to wait until August of 2019, at the earliest, to replace your Super Soaker is a tough pill to swallow. The creators of the Spyra One have turned to Kickstarter and a €51,000 (£45,500) crowdfunding campaign to help transition their water gun from the prototype stage to making it production-ready. An early bird pledge can get you a red or blue Spyra One for €99 (£88), and assuming everything goes smoothly as it moves into production, the eventual retail price will be closer to €149 (£133).

So there’s good reason to pre-order one of the blasters now, but as with any Kickstarted product, particularly those involving electronics and complicated manufacturing, it’s always buyer beware. There’s an endless list of complications that could delay the Spyra One as it moves closer to being available to consumers. It was eight years from the time Lonnie Johnson invented the Super Soaker, to it finally getting in kids’ hands, and that was a relatively simple design compared to the Spyra One. I certainly hope it succeeds, however, because there some neighbourhood kids I want to blast off my lawn. [Spyra]