If you’ve ever sat down to watch your Roku-powered TV and thought, “Boy I wish I had some Roku-powered speakers to enhance this experience,” you are in luck. The set-top box maker has announced a new set of speakers that work exclusively with Roku TV televisions. It’s kind of a curious move for the company, but it also makes weird sense.

The new Roku TV Wireless Speakers are exactly what they sound like. They’re a pair of speakers that are wireless (except for the power cable), and they work with TVs powered by the Roku TV operating system. The system also comes with a Roku Voice Remote and a completely new gadget called the Roku Touch tabletop remote. This little module lets you use Roku’s voice control feature, when you tap a button in the center, but you also get regular TV remote controls like volume, play, pause, and so on. To keep from losing it, the tabletop remote fits neatly into a groove on top of either speaker.

What’s really curious about the new Roku speakers, however, isn’t the fact that the set-top box company made speakers. It’s that Roku did not make a soundbar. After all, soundbars are the standard piece of add-on audio equipment for home entertainment systems these days, and we even saw a Roku-powered soundbar made by TCL earlier this year. (That device still doesn’t have a release date, and Roku said told Gizmodo it would not be coming out this year.) But Roku went another direction. These TV speakers look more like slightly larger Sonos Ones that you put to the side of you screen instead of underneath it. That arrangement, Roku says, gives you better stereo sound, and the larger drivers in the speakers are supposed to offer better bass. But once again, the speakers only work with TVs powered by the Roku operating system. Though they do work as Bluetooth speakers for Bluetooth-enabled devices. 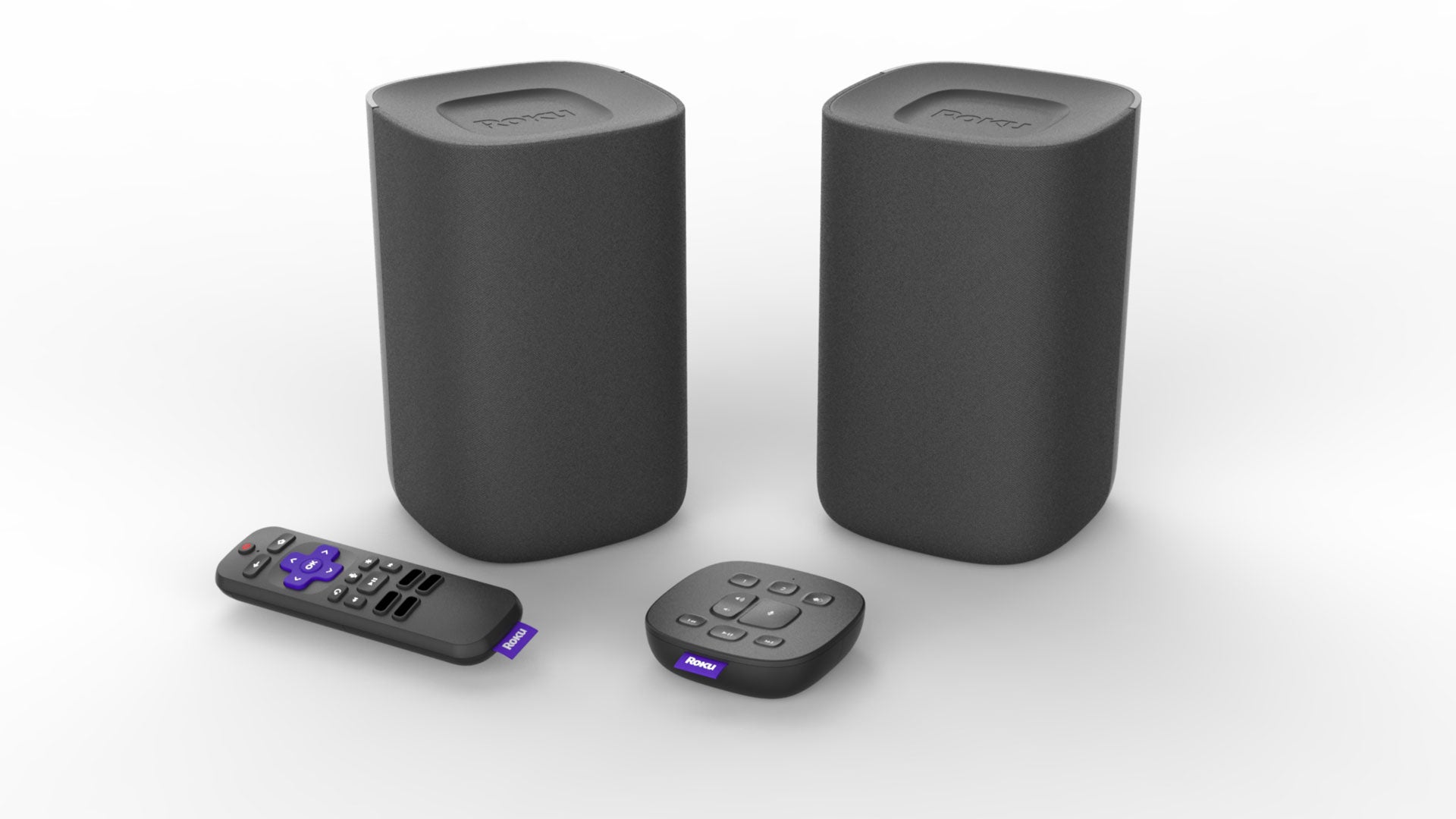 It’s hard to say how good the sound quality of Roku TV Wireless Speakers will be. Roku gave me a quick demo of the speakers but made it clear that what I was hearing was not the finished product. Still, the new Roku speakers sounded approximately nine times better than the stock Roku speakers in a TCL TV. Which is not saying much because almost all stock TV speakers sound like a tin can full of dog shit.

The Roku TV Wireless Speakers will cost $200 (£152) in the US, with UK pricing and availability TBA. We’ll subject them to a full review later this year.