Star Trek: Discovery has been a huge success, which means that, after years of letting the TV side of the franchise lie low, suddenly network executives want more Star Trek. As in, “fetch me Sir Patrick Stewart, so help me god” and “let’s make CBS All Access basically Star Trek 24/7” levels of more Star Trek. Naturally, we have some suggestions!

We know at the very least that beyond Discovery there is the new Jean-Luc Picard series, as well as at least three other shows that are potentially in the works as part of a $25 million (£20 million) deal with producer Alex Kurtzman: an animated series, a long-rumoured spinoff focusing on the iconic character of Khan from the original series and The Wrath of Khan, and a young-adult-focused Starfleet Academy show.

Beyond that, TV executives have openly discussed the potential for even more, including spinoffs for multiple Star Trek: Discovery characters. But the world of Star Trek is so vast, spread across centuries and galaxies just laden with potential for new shows radically different from what we’re getting right now (or are about to get). So here are just a few of the series we’d love to see beyond what we know is on the way. 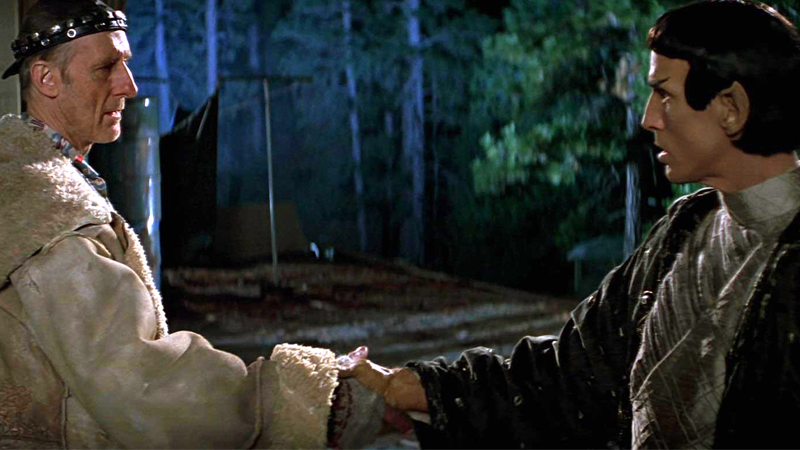 Like this, but, you know, with different species. (Image: Paramount Pictures)

A First Contact Show From the Alien’s Point of View

I recently pondered this idea after re-watching the early seasons of Deep Space Nine, which focused on the awkward bristling between Starfleet and the Bajoran government. The former attempted to integrate the latter into official Federation membership in the wake of a brutal occupation by the Cardassians. But a show in which the focal perspective is that of an entirely new alien civilisation, that doesn’t have the familiarity with Starfleet or the Federation as a concept like we do, would be a fascinating way to hold a mirror up to the ideals Trek’s best and brightest represent. Getting to see the good (and less-than-good) aspects of the Federation from the perspective of them being the other would make for a great twist on what we’ve seen from Star Trek already. 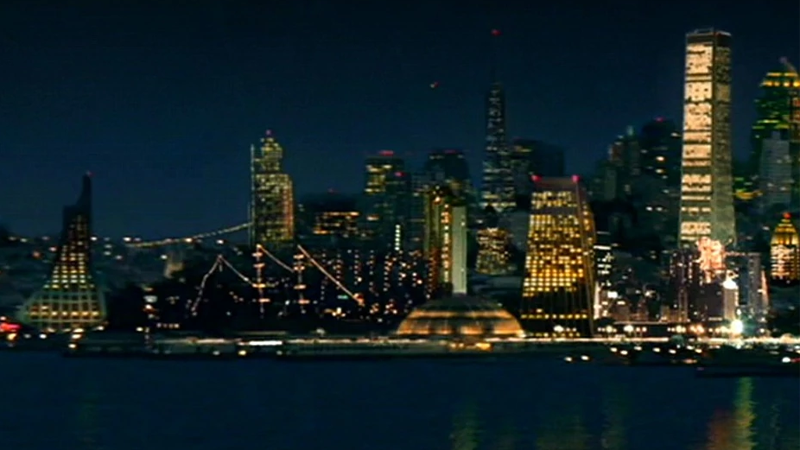 The San Francisco of the 22nd century, as seen in Enterprise. (Image: CBS)

A Show About the Federation, But Not About Starfleet

Throughout Star Trek’s entire history, Starfleet has been our window to the idealised utopia of the Federation. Which is kind of weird, given that they’re basically part diplomats, part scientists, part explorers, and, err, part military. But what is life in the supposed utopia of the Federation’s member worlds like outside of the realm of Starfleet? Maybe this could be a futuristic family drama about conflicts that can’t be resolved by liberal amounts of phaser banks or photon torpedoes. Or even a political thriller—what does the political landscape even look like in a utopian society, especially one where it seems like Starfleet as an entity has such an all-encompassing role in the administration of the Federation at large? And what does it mean that they do? 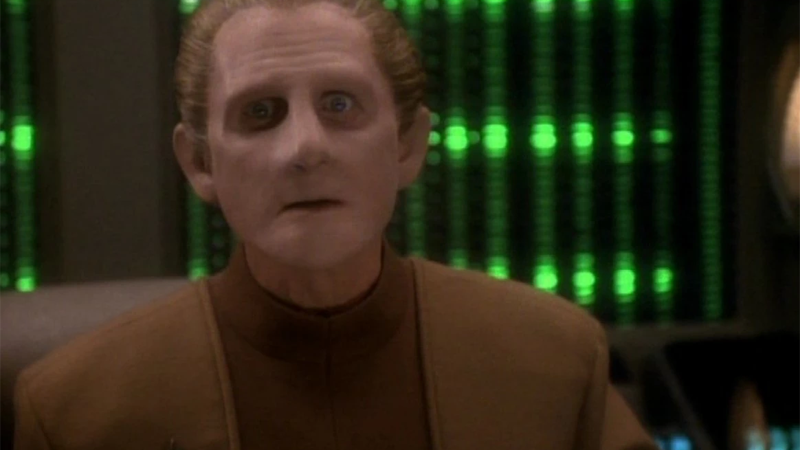 Let’s be real: like you wouldn’t watch 18 seasons of Law & Order: The Promenade. (Image: CBS)

A Crime Procedural, However That Could Work in Star Trek

Look, this is CBS we’re talking about—it loves nothing more than a good cop show, so you can bet some TV executive is already looking for the Trek version of Blue Bloods or something (god, Tom Selleck as a mustachioed Trek alien, though!). But for the same reasons as above that would make exploring life in a utopian society interesting, a show about what kind of crime exists in a society like that would be equally fascinating. Maybe it’s a Starfleet security show, about keeping the peace not necessarily on a starship but on a Federation colony or outpost. Maybe to get it to really work, you have to go a bit Constable Odo in Deep Space Nine—a third party mediator, not directly associated with Starfleet, but works with them in a frontier environment where various groups with different moral and legal standards have to cohabit. 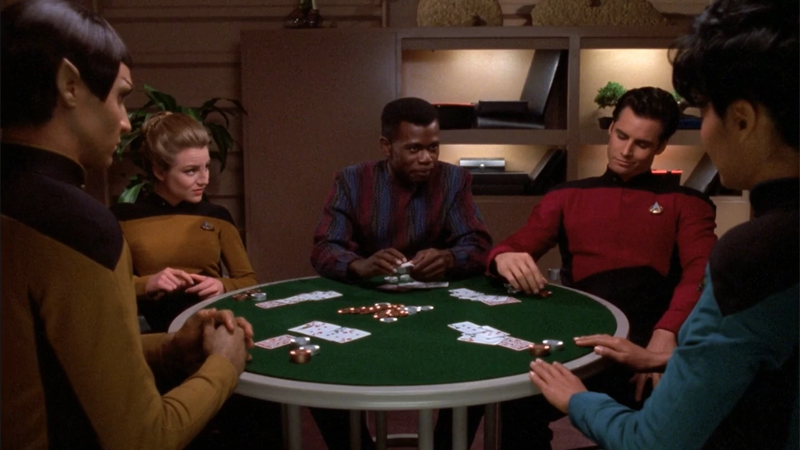 “Why do we also play poker?” “The bridge officers do and they’re literally the only people who actually matter on this ship.” (Image: CBS)

...So make Lower Decks: The TV Series! What is life like on a starship when you’re just cogs in the machine rather than the people in charge? We’ve had show after show about the lives of Bridge Officers, what about the rest of the crew? And we’re talking lower ranks here, the ensigns, the junior-grade LTs—not people who would regularly be interacting with the main chiefs of their respective divisions or the commanding officers on a regular basis. It’s an idea that could even bring a sort of satirical bent to the Star Trek world, a quasi-office-sitcom where the Average Joes of a Starfleet cruiser ponder about the wildly dangerous and freaky away missions Star Trek bridge officers usually go on as part of everyday life. How do you live a normal life when your job is being on a spaceship that encounters god every other week? 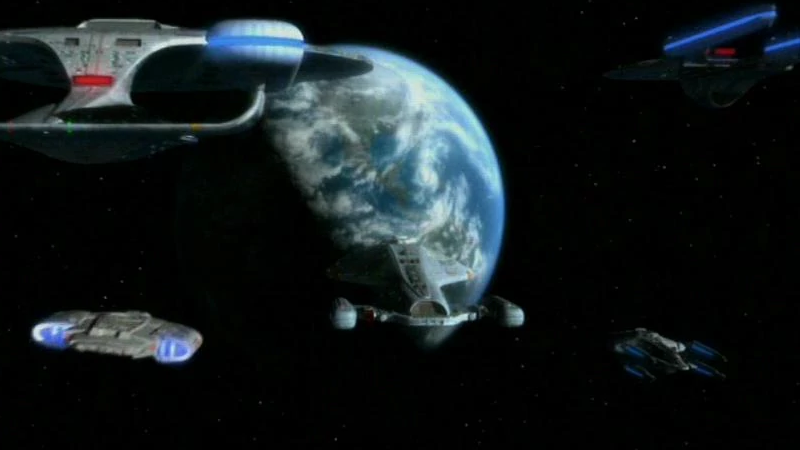 All the pitches so far have been relatively out there for what we’ve typically seen from Star Trek as a TV franchise—which is serialised space adventures about the crew of a spaceship exploring strange new worlds, seeking out new life and new civilisations, and boldly going where no one has gone before. But there’s a reason we’ve had basically that and nothing else, give or take, for over 50 years—it’s a damn good premise that works.

Maybe the franchise won’t want to do it while it’s still stuck in the past with Discovery as the “prime” show in its soon-to-be-expansive Trek roster, but if we do get another standard Star Trek show, it has to be truly new—a new ship, new characters, set after the events of Voyager and Deep Space Nine (or even this new Picard show) that isn’t a prequel, or inherently connected to the Star Trek shows of the past. No cameos, no latest iterations of the Enterprise, just an entirely new crew on a new mission of exploration. The future timeline of Star Trek beyond the end of the Dominion War and Voyager’s return to Earth is still so unexplored on TV—so why not actually explore it?

And if there must be Discovery spinoffs... 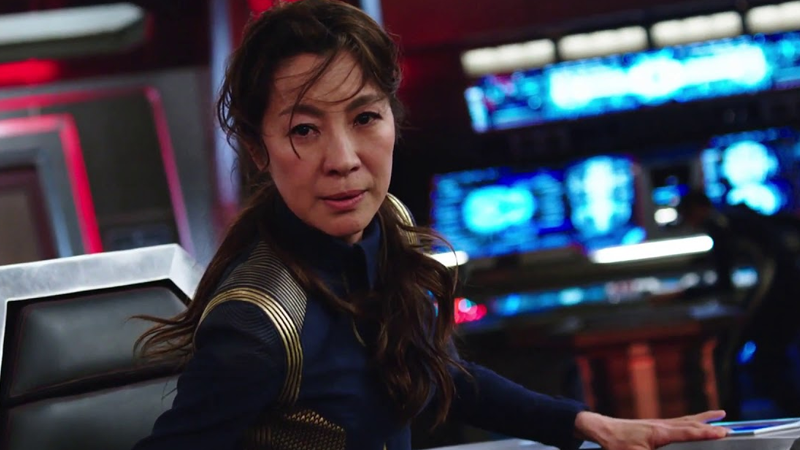 I am here for “Michelle Yeoh Dramatically Flips Her Hair While Sitting in a Captain’s Chair: The Series”. (Image: CBS)

One potential spinoff that network heads did recently mention having been discussed for Discovery was a show that would focus on Michelle Yeoh’s Phillipa Georgiou—perhaps, more specifically, the evil Mirror Universe empress incarnation of the character that Burnham let live, alarmingly free to wander around the prime universe at the end of Discovery’s first season. Who doesn’t want more Michelle Yeoh?

But instead of a Mirror Georgiou show where she wanders around contemplating which alien species she should eat next, why not bring Yeoh back as Captain Georgiou, the noble Starfleet officer that would go on to inspire Michael Burnham? We didn’t get nearly enough of Captain Georgiou before her untimely death at the end of Discovery’s first episodes, so it’d be nice to actually get to know her as the Starfleet idealist, while leaving Emperor Georgiou as something Discovery could deal with—given that Georgiou’s death in the show is when pretty much everything with Starfleet goes sideways thanks to a war with the Klingons, it would be interesting to see the period of time when everything wasn’t a gigantic mess. 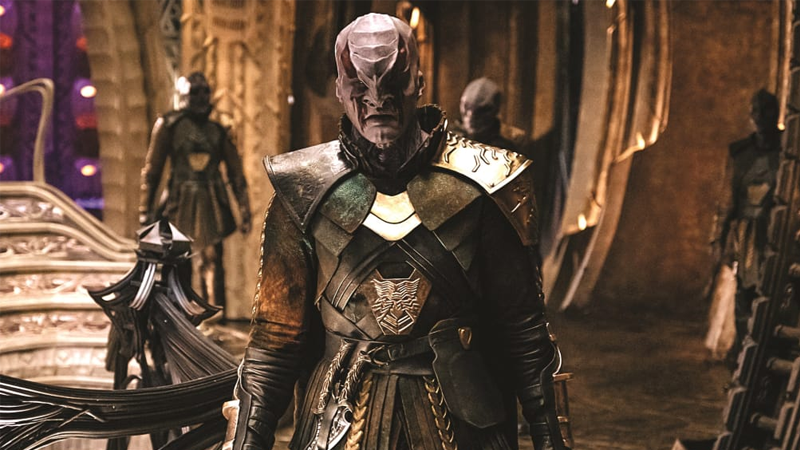 If there is a Klingon Discovery spinoff, they can probably be rid of speaking in Klingon and subtitling everything, otherwise it might get old even faster than it did on Discovery itself. (Image: CBS)

I partially say this so Discovery itself can spend less time focusing on the Klingons, an aspect I did not particularly enjoy in its first season. But also because there are definitely a lot of interesting avenues to explore with the pre-unification Klingon society we met at the start of the season—basically, make it Game of Thrones with Klingons, warring houses engaging in drama and politics while blocs are formed and the true debate about bringing the Klingons as a people together into the mighty, honour-bound Empire we know and love. Not only would it be another chance for a non-Starfleet perspective on the Trek universe, the ever-evolving Klingon culture has made them one of the most beloved aspects of the franchise in general. Why not give the Klingons a chance to shine on their own?

Star Trek is a franchise rich with possibility, well beyond the ideas we have here or the ideas we know are already on the way. As Trek TV expands, what dream show do you want? Let us know in the comments!