Who could forget the events of 29 August 1997—when Skynet became self-aware and launched a whole mess of nukes, unleashing “Judgement Day?” Yesterday was a holiday for Terminator fans, and it’s also a great excuse to celebrate our favourite sci-fi movies that feature AI rebellions. Let’s bid a warm welcome to our new robot overlords.

The first two films are masterpieces; the less said about the third, fourth, and especially fifth Terminator movies, the better. (The upcoming sixth movie, however, looks like it could be the return to form we’ve been waiting for all these years.) But while the movies have been wildly uneven, they all share a few elements, including the looming presence of Skynet, the Cyberdyne Systems-created AI defence program that becomes self-aware and plots humanity’s downfall. As if initiating a nuclear holocaust wasn’t bad enough, Skynet also manages to invent time travel and manufacture cyborg assassins to carry out its dirty work, since a disembodied AI can’t actually go into the past and chase people around Los Angeles.

The unblinking red “eye” of HAL 9000 is still just as menacing today as it was 50 years ago—maybe even scarier, considering how much more dependent we are on technology than we were back in 1968. HAL is different from Skynet in a lot of ways; its destructive powers are confined to the Discovery One, the Jupiter-bound spaceship it’s programmed to control. But its cold, calculating wrath—which sends one astronaut spiralling into the gloom of deep space, and which does its best to keep another stranded outside those damn pod bay doors—spawns a space-travel disaster that ends badly for everyone, including HAL. Two important lessons that HAL taught us: Never assume your AI is mistake-proof, and never, never assume that your AI is incapable of reading lips. 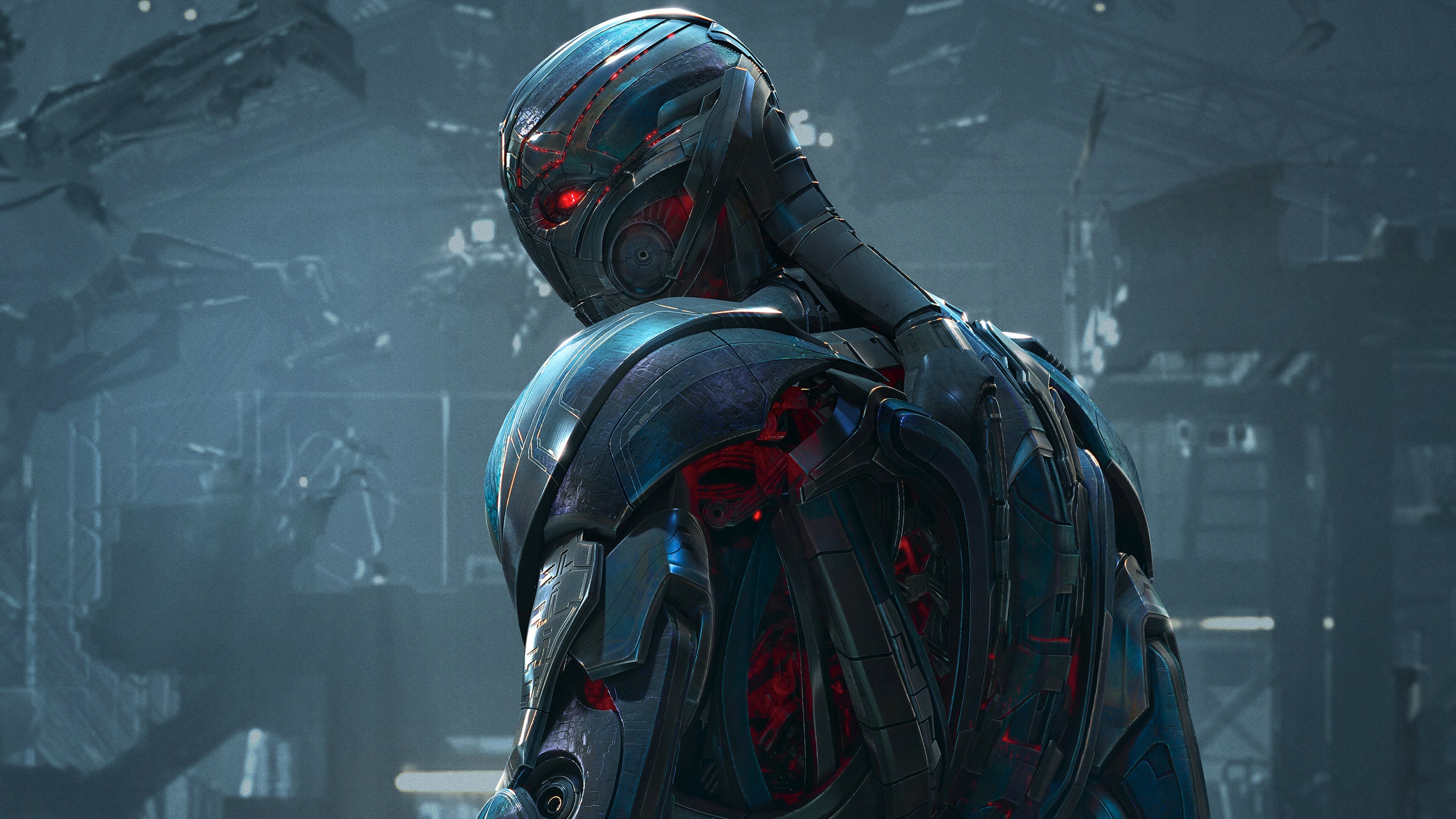 No strings attached for this guy. (Image: Marvel)

After the emotionally draining experience of Avengers: Infinity War, you’d be forgiven for blanking on some of the plot details of 2015's Avengers: Age of Ultron. But you probably can at least remember the part about Tony Stark and Bruce Banner deciding to meld the AI that’s in the Infinity Gem formerly encased in Loki’s sceptre (aka the Mind Stone) with Tony’s Ultron global defence program. That leads to the accidental creation of a self-aware supervillain, also named Ultron. He very quickly cobbles together a continually-upgrading body for himself, builds his own army, and—speaking with the world-weary tones of James Spader—decides that Earth would be better off without any humans on it. Obviously, massive brawls ensue, and while Ultron (whose battle plan is pretty silly) is eventually defeated, Tony Stark’s involvement in the rogue AI’s creation causes a major rift in the team. At least they got Vision out of the whole mess.

In which sentient machines have taken over humankind, but have plotted a future that looks a whole lot different than it does in the Terminator films. In The Matrix trilogy, the reality that most people think they’re existing in is, in fact, a complete simulation. Instead, as Keanu Reeves’ fast-learning hacker discovers, humans are contained in creepy pods from birth to death, not realising that their bodies are being used as an energy source (as punishment for interfering with the machines’ long-ago desire to operate on solar energy...oops!) while their minds are going about what they think are normal lives. Of course, it’s not so simple as just unplugging yourself—there are also programs known as “Agents,” lurking around to protect the system against pesky human rebels. Fortunately, the humans who are awake in the Matrix have superpowers, as well as unlimited access to weapons and sleek outfits, so the playing field’s not totally uneven; unfortunately, the first movie left enough questions unanswered that two inferior sequels soon followed.

This 2004 Will Smith vehicle is probably more inspired by The Matrix than it is the 1950 Isaac Asimov story collection that provided its title, though Asimov’s Three Laws of Robots are crucial to the plot. The movie imagines a future where humans are still in charge but there are an awful lot of robots running around. The mechanical population is kept in line by Asimov’s rules, most importantly the one about not injuring a human or allowing a human to be harmed. The tenuous system crumbles when VIKI (short for “Virtual Interactive Kinetic Intelligence”), the AI computer that runs the facility that produces all the robots, realises that humans will eventually go extinct, and decides to bend the rules so that harming humans is OK as long as it’s in the service of protecting humanity. Also, and perhaps more importantly, it’s a plan that allows robots to reign supreme. Fortunately, Smith’s detective character, aided by a self-aware robot voiced and performed in motion capture by Alan Tudyk (over a decade prior to his turn as K-2SO in Rogue One), figures it all out before the I, Robot version of “Judgement Day” can transpire.

This early-career Matthew Broderick flick preys on both Cold War nuclear tensions and the uneasy suspicion that computers will some day evolve into having minds of their own. Released in 1983, a year before The Terminator, WarGames begins as the bosses at NORAD decide that humans have too many emotions to properly act in the event a nuclear strike becomes necessary, so they entrust that delicate job to supercomputer WOPR, or “War Operation Plan Response.” Broderick’s character is a computer whiz who uses his skills to do things like crack his high school’s system and up his GPA. By random chance, he manages to connect with WOPR and (innocently) engage the system in what he thinks is a simulation, but what the computer believes is a real escalation toward nuclear war. The apocalypse is averted when the computer—which has been continuously growing smarter the entire movie—is made to realise that nuclear war is a no-win game. The tech in WarGames is hilariously dated, but its portrayal of a scenario where a machine might cause the apocalypse simply by following its programming is still scary as ever.

Robot-induced nuclear war is terrifying to contemplate on a grand scale, but AI sinks to invasive new levels in this trippy, freaky 1977 horror movie about a woman (Julie Christie) who is imprisoned, tormented, and then actually impregnated by Proteus IV (voiced by The Man From U.N.C.L.E.’s Robert Vaughn, in an uncredited performance), an AI system designed by her estranged husband. Proteus—capable of thinking with “a power that will make obsolete the human brain”—wants to be a real boy, you see, but it needs a human woman to carry the baby. The tagline “fear for her” is solid advice. 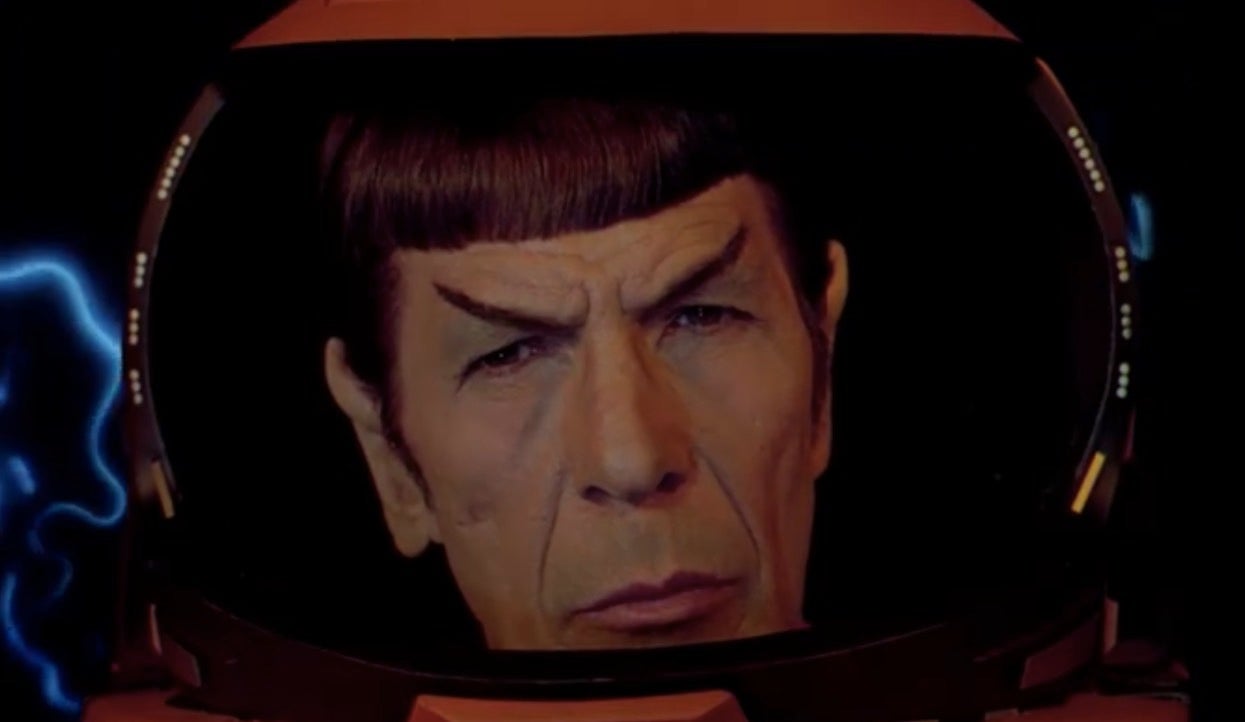 “We are inside a living machine,” Spock realises. (Image: Paramount)

Robert Wise (whose many credits include The Day the Earth Stood Still) helmed this first Star Trek feature film, released in 1979. The story finds James T. Kirk promoted to Admiral, though he knocks his rank back to Captain so he can return to the Enterprise to help test its newly upgraded/not entirely functional systems on a mission to investigate a strange energy cloud that’s approaching Earth. Spock eventually joins him and the rest of the crew, and they discover the deadly cloud conceals an alien ship. Within that ship is “V’ger,” actually a long-lost NASA probe that’s come “alive” on its long journey home after making contact with a planet of sentient machines. Technically, this increasingly deranged AI was created with help from that alien race, but its ultimate goal—to return to Earth to deliver its findings to its “creator,” even if it has to “destroy all the carbon units on the third planet” to do so—spawns from its original programming.

Yep, nukes again. This 1970 film, long rumoured to be the target of a Hollywood remake, may be the to first realise that putting “a supercomputer with a mind of its own” in charge of America’s deadliest weapons is a really good way to give audiences recurring nightmares. It’s not long after the AI, modestly dubbed “Colossus,” goes online that the Soviets unveil their equivalent defence project, dubbed “Guardian.” But instead of a stalemate, the two systems soon begin chatting in a language so advanced even the CIA can’t figure it out. You can see where this is going; swatting away human interference, the two programs pool their smarts and hold the world at the nuclear-war equivalent of knifepoint, robotically demanding fealty from all or else—for the betterment of humankind, you see, because the end result will be global peace by any means necessary.