I Can't Stop Thinking About How the Predator Would Eat Sushi

Consuming food is, for the most part, straightforward. The meal is put in the mouth, it moves through the oesophagus, it winds up in the stomach. Digestion occurs. But that’s because most creatures that consume food have a fairly straightforward anatomy that best suits their consumption needs. The Predator does not, and I can’t stop thinking about how the heck it would eat a piece of sushi.

The Predator appears to have two sets of teeth, and they don’t make any god damn sense. Let’s take a closer look, courtesy of a photo recently released by Entertainment Weekly for the latest entry in the series, Shane Black’s upcoming The Predator. 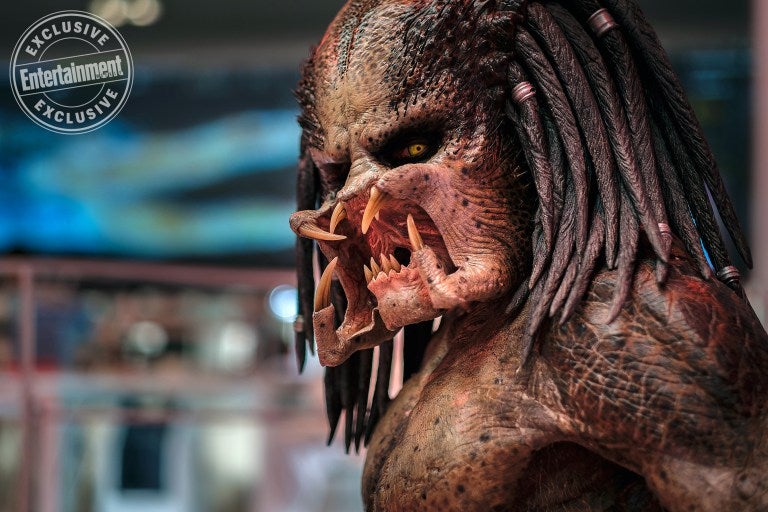 The most noticeable set of teeth is something like a cross between tusks and the mouthparts of a bug. They would be useful for holding onto large morsels of food for the smaller set of teeth to chomp into. But how would food move further into the mouth? The Predator does not appear to have a tongue. Nor does it have teeth that would be especially good for ripping or chewing. Just sort of gnawing.

So how does it eat?

A leg of lamb or cow or pig? Sure, I can envision that. A giant bowl of salad? I guess the Predator would just dive in face first and see what can be shoved in by its tusk mouthparts.

How does it consume sushi?

But what about smaller food? Maybe a burrito or a baguette, but can you imagine it eating a traditional PB&J or a chocolate bar? How does it consume sushi? Does it toss the little morsels towards its hellish mouth-scape or does it use its hands, which it has, and which should mean it has no need for movable mouthparts? Does it use chopsticks?

What about other finger foods like pigs in a blanket? Are its mouthparts agile enough to grab the food out of its hands and shove into its mouth hole? Or does the Predator’s hand have to go past the tusks to drop the food in?

Also jelly shots. How on earth does it get jelly out of the little cup?

In an effort to do my complete due diligence I attempted to research this question. Google was initially not up to the task, instead delivering a series of images of a wholly different type of predator. 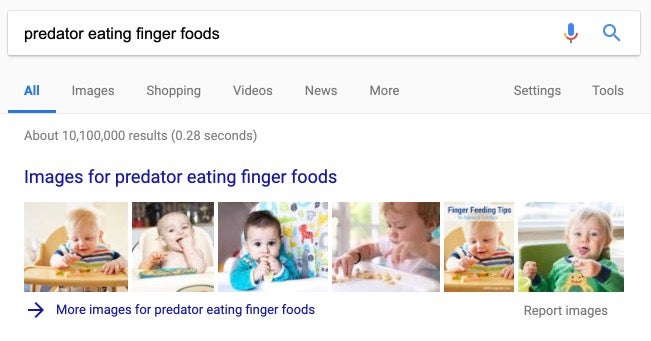 But a further dive revealed this thread, which asks if a Predator eats humans. (The general consensus is no, it does not.)

As noted in the thread, the films don’t really show the Predator using its mouth for more than roaring at its prey. However, the comics based on the Predator property do on occasion show the Predator consuming food. It’s exactly as stupid as you’d expect for a creature with a mouth like that, but supports my theory that the Predator is primarily a gnawer. 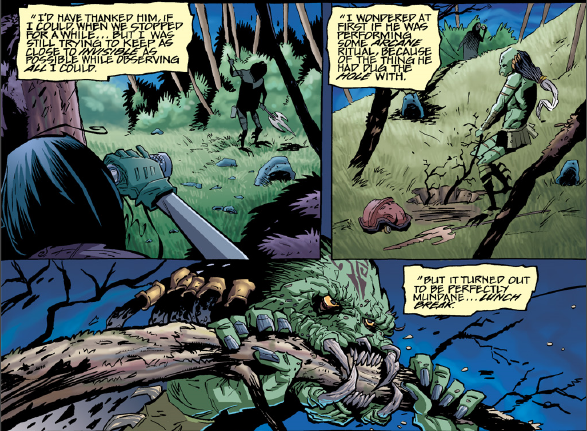 A second image shows the Predator eating flesh, specifically a muskrat it first skins. This scene, appearing in the 1996 one-shot comic Predator: Strange Roux, may be our first glimpse of the Predator consuming food. It is messy and makes even less sense than the root gnawing. 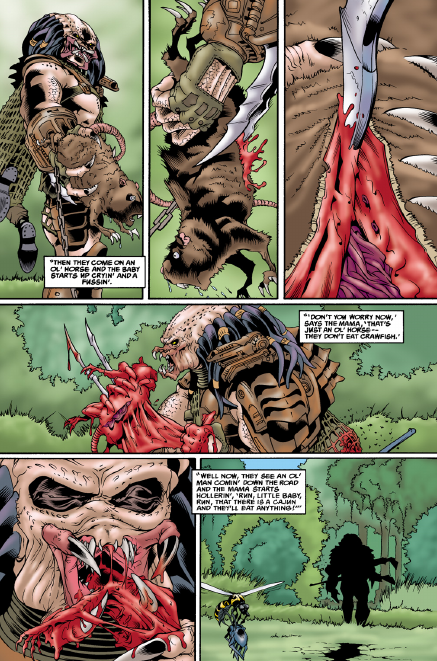 It is important to note that neither type of food consumed is as delicate or small as sushi. Nor does either food require utensils of any kind. In fact, in both instances, the Predator is out in the wild and eating a raw paleo diet.

In an effort to be as methodical as possible, I also asked my mum how a Predator might eat sushi, because she called while I was writing this.

If you have an idea on how the Predator eats sushi or other finger foods, leave your ideas in the comments below. Together we can work this out.