Misidentified Fossils Could Rewrite the History of Lemurs on Madagascar

By Jessica Boddy on at

A leading theory of recent decades is that lemurs colonised Madagascar around 50 million years ago. As they dispersed throughout the island and made homes in its tropical rainforests, those ancestral lemurs evolved into the menagerie of species we see today. It’s certainly a romantic idea, but it might also be false, according to new fossil research.

The newly analysed fossils—three partial mandibles with teeth—came from Kenya, and date back to between 16 million and 23 million years ago, which is long after lemurs were thought to have departed Africa. The fossils were first studied back in the late 1960s by a palaeontologist who thought they belonged to an ancient loris. He named the species Propotto leakeyi. (Lorises are big-eyed, cautiously climbing primates that share a common ancestor with lemurs.) But another palaeontologist thought the fossils were from fruit bat ancestors, and that perspective stuck for 50 years.

Then a third palaeontologist entered the fray: the late Gregg Gunnell, formerly of Duke University and an author of the new study. An expert on both bats and primates, he saw the mandibles and immediately thought of an eerie-looking lemur called the aye-aye. 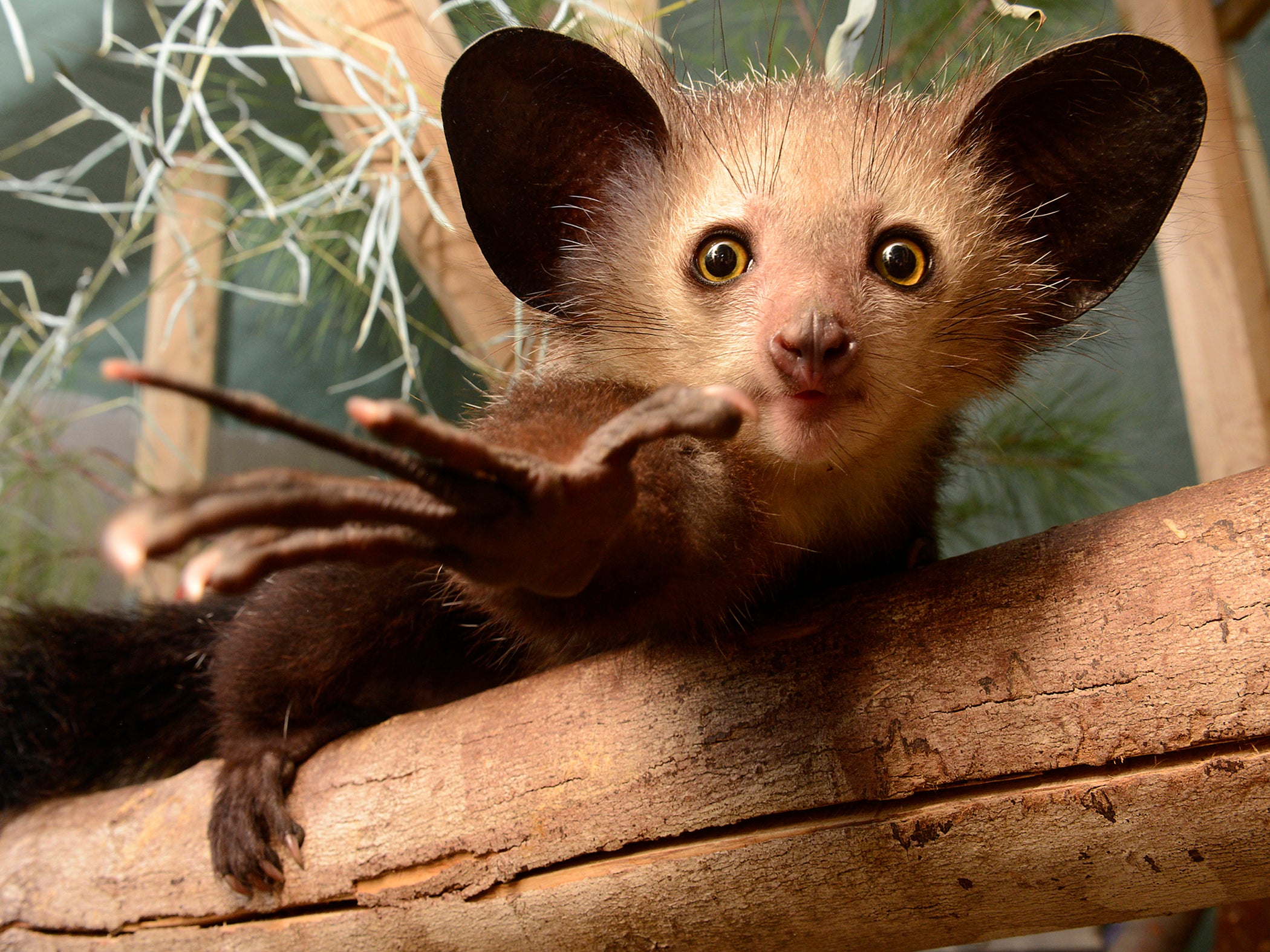 Here is an aye-aye, perhaps the strangest lemur of them all. (Photo: David Haring)

“[Gunnell] wrote to me via email, and said, ‘there’s no way these things are bats,’” study author Erik Seiffert, a palaeontologist at the University of Southern California, told Gizmodo. “‘It’s gotta be a primate, and the only primate I can think of that looks like this is the aye-aye.’”

Seiffert was skeptical, but also thought the fossils looked like another extinct primate he’d studied called Plesiopithecus, a relative of the aye-aye. That would also make it a relative of Propotto leakeyi, if Gunnell was correct. Seiffert, Gunnell, and the rest of the research team decided to clarify the family tree by CT scanning the ambiguous Propotto leakeyi dental fossils and comparing them to the dental records of Plesiopithecus, other primates both living and extinct, and also fruit bats.

After months of computer analysis, the resulting tree was clear: Plesiopithecus, Propotto leakeyi, and the living aye-aye all share a common ancestor, as reported in the study published Tuesday in Nature Communications. That means aye-aye ancestors may have separately colonised Madagascar sometime around 20 million years ago instead of 50 million, the data suggested. All other lemurs probably evolved from a common ancestor that migrated on another occasion from Africa to Madagascar anywhere from 40 million to 20 million years ago, Seiffert said.

That’s around the time Madagascar’s other mammals, like giant jumping rats, mongooses, and tenrecs, arrived at the island. Current evidence suggests these animals rafted across the Mozambique Channel from Africa on logs or floating vegetation, and Seiffert thinks ancient lemurs and aye-ayes probably did the same—but not before all the other mammals, as previously thought.

“If this analysis is correct, then this changes our whole idea of how this fascinating group of primates evolved,” Phil Cox, a zoologist at the University of York who was not involved with the study, told Gizmodo. “It all changes. You have to come up with a whole new scenario. But it’s certainly possible, it’s not crazy to think this happened.”

Cox said he is wary of the results because “they’re all based on teeth.” If there were skeletal remains or bigger parts of the skull from Propotto leakeyi, he’d be more eager to accept the rewritten lemur history. But he said he still finds the results compelling because ancient lemur fossils are so scarce; any new fossil evidence like this has the power to make some pretty large shifts in what we know about lemur evolution.

In fact, not a single ancient, land-dwelling mammalian fossil has been found in Madagascar. “Aside from some marine sea cow fossils, there hasn’t been a shred of evidence there,” Seiffert told Gizmodo. He added that they’re so elusive because the low tectonic activity near Madagascar keeps fossils unexposed and embedded deep down in layers of rock, if they exist at all.

Seiffert acknowledged that the study would be stronger with more fossils. And future study of lemur evolution, he said, will hinge on being able to find some. “There’s a possibility more could be sitting in collections in Kenya, where Propotto is from,” he said. “There could be drawers of unidentified mysteries.”

“The thing is, we really analysed these fossils to death. We did everything we could,” he told Gizmodo. “The only thing we want is more fossils. That’s always the answer.” [Nature Communications]