These Australian Birds Learn About Danger by Listening to Their Friends

If you heard a bear roar for the first time but didn’t see the snarling beast, what would you think? Would you be scared? Maybe, but maybe not—the forest is full of strange noises. But what if, at the same time, one of your friends said, “Holy shit, I know all about that clawed monster and we need to get in the car”?

This is pretty much how an Australian species of bird, the superb fairy-wren, seems to learn about threats, according to new research published today. This would be a first in our understanding of avian intelligence.

“This is the first time we are seeing evidence that birds can learn indirectly—what we call social learning—to associate sounds with a meaning,” Dominique Potvin, animal ecologist at the University of the Sunshine Coast in Australia, told Gizmodo via email. “This means that a bird can learn that a new sound means a predator around simply by hearing it associated with other sounds that they already know means ‘predator.’ It’s a more sophisticated learning mechanism that is quite impressive for such a small animal!”

Birds are generally smarter than humans think, and scientists have already figured that these fairy-wrens recognise threatening calls from other animals. But how do they learn these calls? What if they hear a predatory bird’s call for the first time without seeing the predator?

The scientists played alarm calls over speakers for 16 tagged birds in the wild. They first played two sounds the birds would never have heard before: one computer generated and the other a species the wrens would never interact with. You can listen to these here. 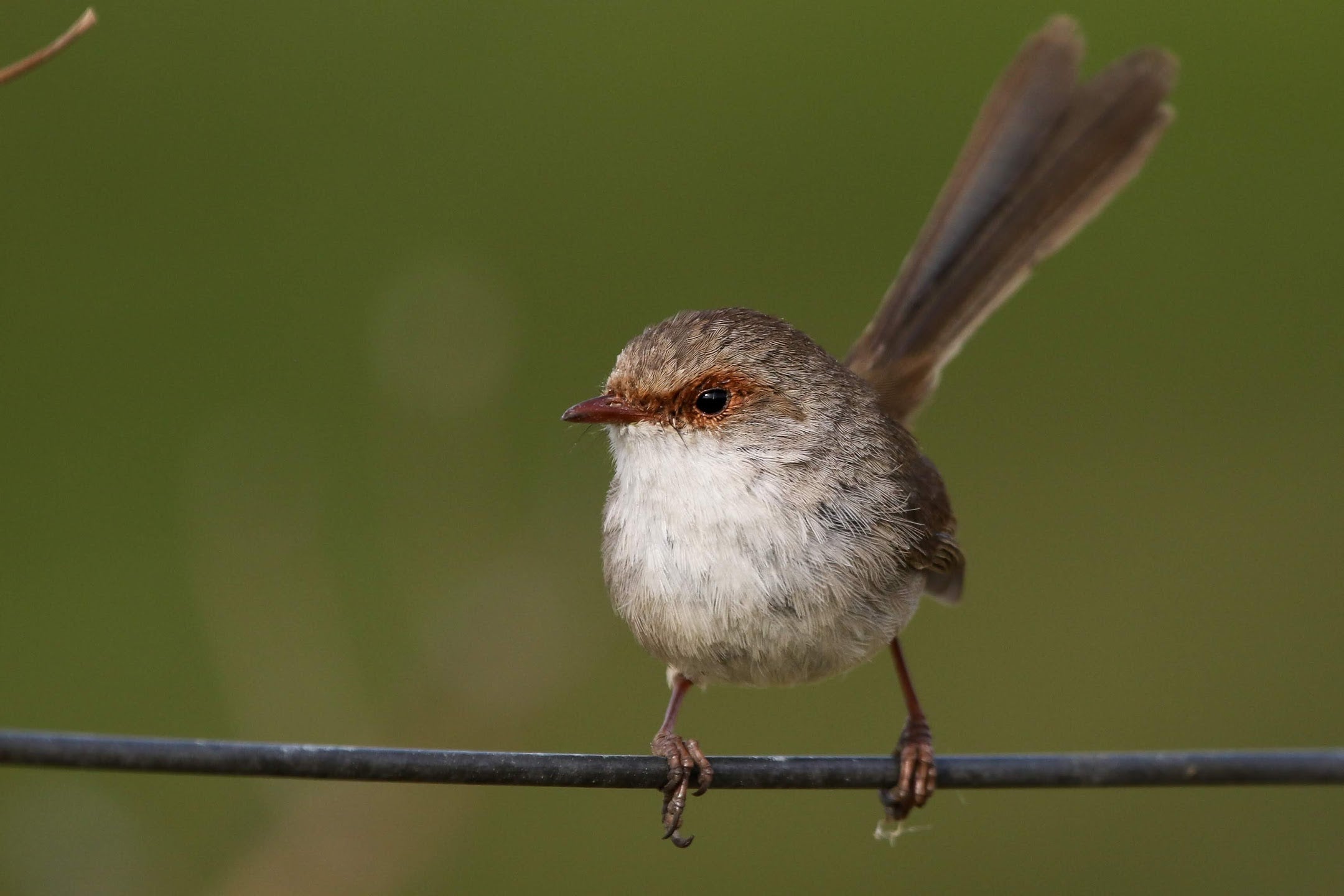 A female fairy-wren on a wire (All photos: Jessica McLachlan)

“It suggests the training hasn’t just made them more wary, but rather they’d learned the meaning of the alarm call we paired with a known call,” Andy Radford, professor of behavioural ecology at the University of Bristol, told Gizmodo.

Here’s one of the choruses of alarming sounds mixed with fairy-wren and other bird calls.

The birds themselves don’t make alarm sounds when they flee, according to the paper, so there’s still more work to do in order to understand how this learning happens outside the experimental setting.

This experiment excels in a place where other animal research is often flawed—it studied wild animals in their natural habitats, rather than in a lab, where their behaviour might be significantly altered by the unnatural environment. But there are still limitations to point out. Potvin noted that the researchers couldn’t control for the action of other surrounding birds not part of the study, who could have influenced the results. “We did try and make sure we knew what other individuals were around, and their reactions to the experimental process,” she said.

Next, the scientists hope to study how this social learning might change based on the environment, and if there are certain noises that the birds are more likely to be alarmed by. And what about mimicking birds—can birds who mimic predatory birds (like blue jays) teach others the calls to look out for?

And fairy-wrens probably aren’t the only social learners out there. “Fairy-wrens are smart—but they definitely aren’t the most intelligent bird species,” said Potvin. “So I think we could safely generalise these results to other birds, especially other songbirds.” [Current Biology]