Not since Rick and Morty’s butter-passing robot has there been a more hyper-specific, purpose-built device than perhaps Alex Mikes’ automatic Kindle page turner. Instead of having to raise his arm to tap the edge of the screen while reading in bed, a simple click of a wireless remote makes the attached contraption do all of that hard work for him. 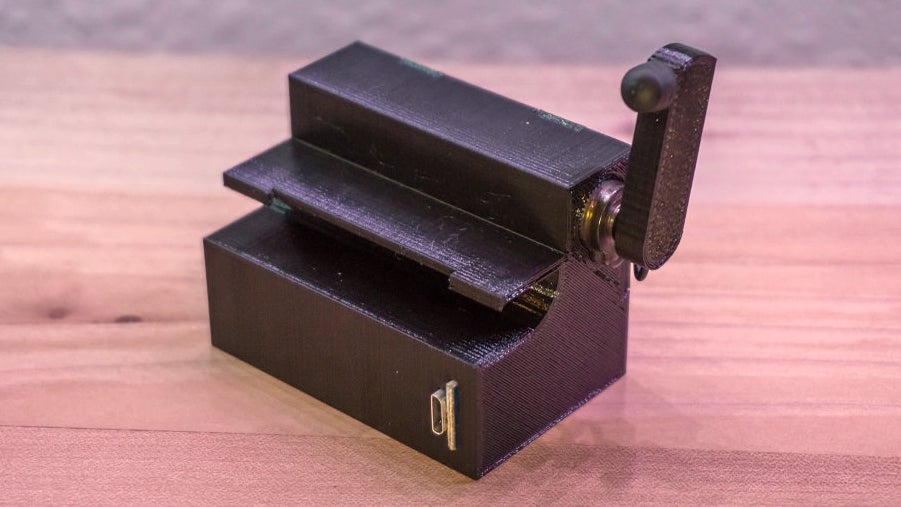 Mikes designed and 3D-printed a plastic enclosure to neatly hide an Arduino Nano, an RF receiver, a tiny servo, and a mess of wires, enabling the simple device to clip onto the side of a Kindle Paperwhite. A small pivoting arm topped with a squishy tip from a capacitive stylus tricks the Kindle’s touchscreen into acting like it’s been tapped by human fingers. Every time Mikes presses the button on the wireless remote, the arm comes to life and turns the page.

But don’t assume that Mikes is the laziest ebook reader on the internet. In bed, he says he prefers to read his Kindle using a hands-free mount and stand, and having to reach over to touch the screen every minute would be annoying to anyone attempting to relax in this highly specific way. The page turner was also an opportunity for Mikes to expand his skills when it came to designing and 3D-printing custom parts on a tight budget. The results aren’t as elegant as something designed and manufactured by a billion dollar company, but it’s hard to argue that he didn’t succeed in vastly improving a popular device for his own needs. [Alex Mikes via Hackaday]