You Can Shout 'ENHANCE!' Like a TV Detective With This Voice-Controlled Browser Game

Half the fun of watching CSI years ago was the over-the-top crime scene technology that detectives had at their disposal. Their impossibly-capable photo-processing software could turn a handful of pixels into a poster-sized print. It was equal parts ridiculous and hilarious, which is probably why this voice-controlled, image-enhancing browser game is so much fun. 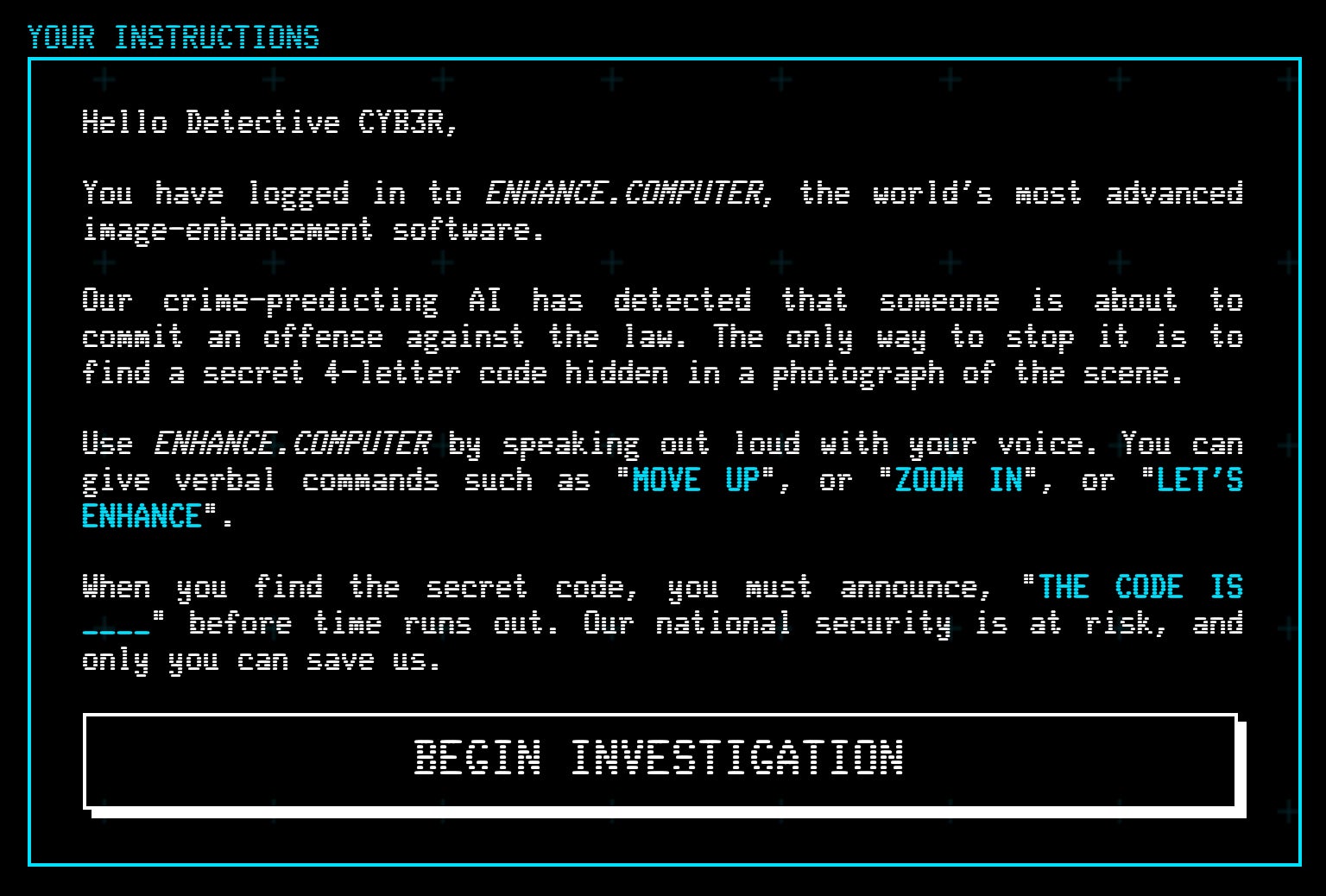 Written by Nicole He, ENHANCE.COMPUTER puts you in the role of Detective CYB3R who wields some of the most advanced image-enhancement and crime prediction software ever developed. Your goal is to spot and report a small, four-digit code hidden somewhere on a grainy image before time runs out, but the game can only be played by shouting a handful of voice commands, including “zoom in,” “move left,” or “enhance,” at your browser.

The game only works in Google Chrome, but even more limiting is that you’re going to have to turn on your computer’s microphone to play it. So if you’re working in a busy office, commuting on a crowded train, or anywhere else other than a private room with the door closed, be prepared to fend off looks of confusion and annoyance from anyone within earshot. [ENHANCE.COMPUTER via Twitter]