Even after spending hundreds of pounds on the new self-emptying Roomba, there will still be lots of places in your home that require another vacuum to clean them. It’s a problem common to all robot vacuums—except the new Coral One. Built into this robovac is a removable hand vac that can be used to clean anywhere in your home the floor-constrained robot can’t—like stairs or shelves.

With cameras, lasers, sensors, powerful batteries, and enough smarts to plan efficient routes through your home, the current generation of robovacs are very good at ensuring every square inch of your floors gets cleaned. But those improvements have pushed their price tags closer to £1,000, which doesn’t factor in the cost of another vacuum that can step in when spills happen anywhere other than the floor. Try as you like, but a robovac isn’t going to do much good in your car.

The Coral One features a removable handheld vacuum for cleaning all the non-floor areas in your home. (Photo: Coral Robots)

The Coral One, which is the first product from a new company called Coral Robots, brings a new feature to robovacs we genuinely haven’t seen before. (Currently this is only available in the US, but we have our fingers crossed that it'll come to the UK sooner rather than later.) The motor responsible for the bot’s suction is housed in a separate unit that can be easily removed (no tools needed) and used as a handheld vacuum. The removable cleaner has its own battery that promises up to 30 minutes of battery life, while the Coral One is promised to clean for up to 90 minutes in a ‘Standard’ mode (translation: reduced sucking power) and 30 minutes in a more powerful ‘Turbo’ mode.

To make the most of its runtime between charges, the Coral One uses a small collection of onboard sensors—including an accelerometer plus proximity, infrared, and touch sensors—to create a map of a room that’s then used to plot the most efficient cleaning route. However, unlike robovacs from iRobot and Neato, those maps are kept private in the Coral One’s internal computer instead of being accessible to a user via a mobile app.

Coral Robots claims this approach should give users more peace of mind when it comes to who might have access to a map of their home, but it also means that useful features like Neato’s “No-Go” virtual boundaries, or the ability to send the robot to clean a specific room as iRobot now allows, won’t be available here. 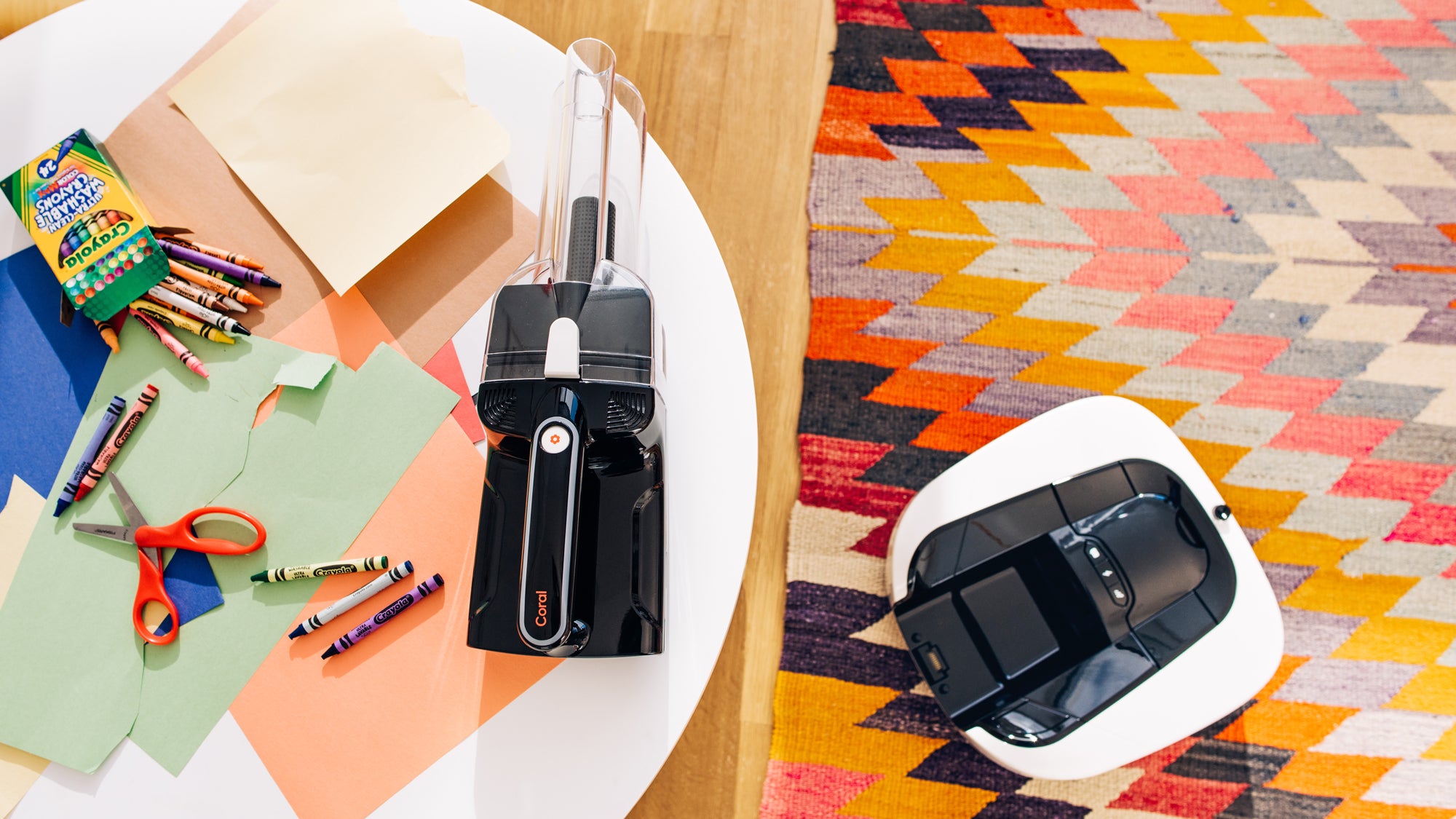 In handheld mode the Coral One can clean for about 30 minutes, but in robovac mode it can run for up to 90 minutes. (Photo: Coral Robots)

In lieu of an app, users can use the Coral One’s charging dock to program a daily cleaning routine, or a physical remote to manually start and stop a clean without actually having to walk over to where the bot is parked. Its creators promises this app-less approach makes the Coral One much easier to setup, as it doesn’t need to connect to your home’s wi-fi network. But not having to develop and maintain an app for multiple platforms also undoubtedly helps contribute to the vac’s $699 (£537; UK pricing and availability TBA) price tag. It’s not the cheapest robovac on the market, but it’s definitely cheaper than other autonomous cleaners like the £800 Dyson 360 Eye or the Neato Botvac D7, also £800. 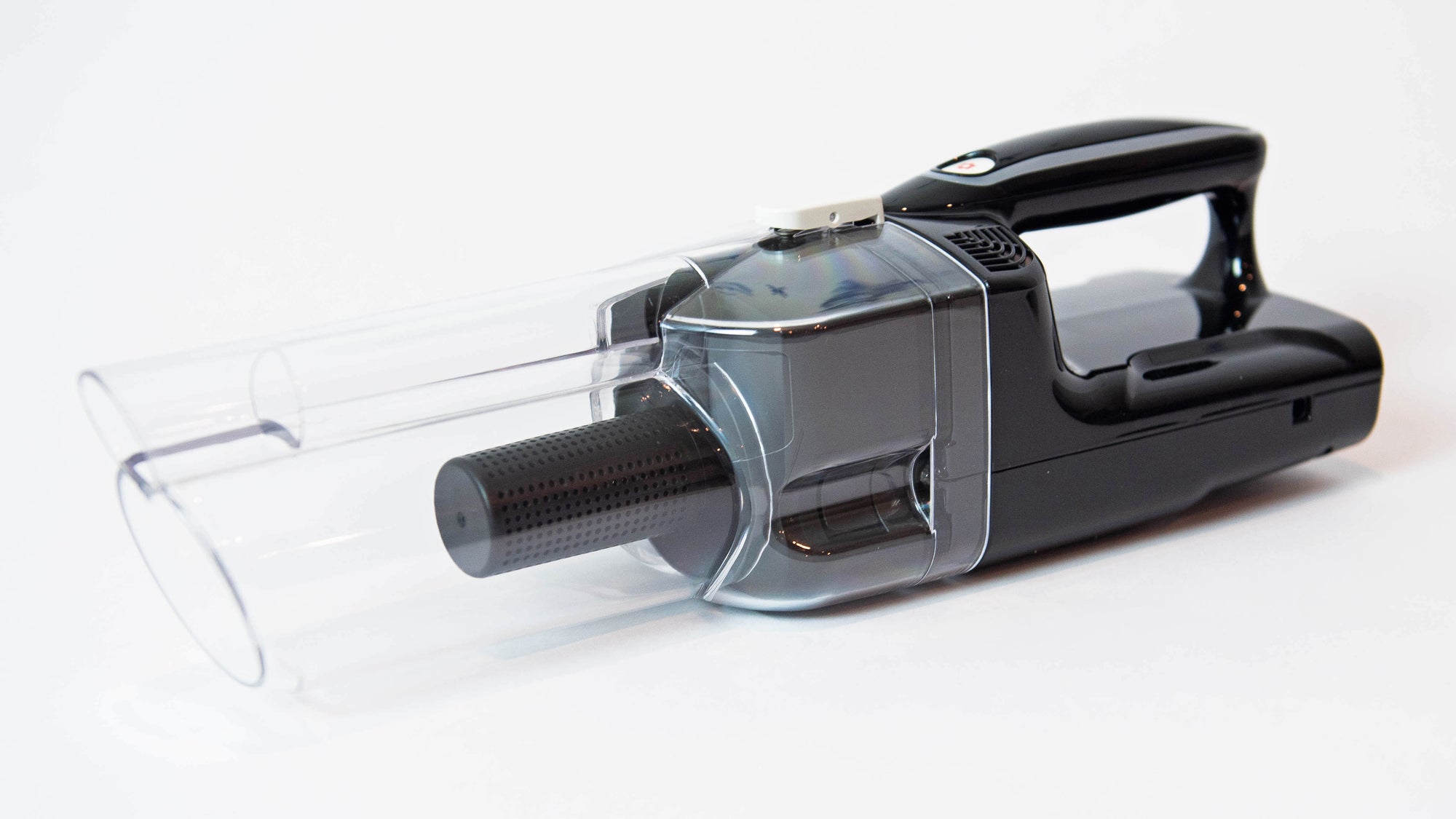 As most of the companies developing robovacs work to make their autonomous cleaners better at navigating obstacles, or adding more functionality to their apps, it’s nice to see a new contender has managed to solve a problem that’s been all but ignored so far. That being said, I would like to see Coral Robots improve the accessories that can be used with its removable handheld vacuum.

When the Coral One starts shipping sometime next month in the US it will only include a crevice tool and a fabric tool for tidying furniture. There are undoubtedly still areas of your home that even the smartest robovacs would have a hard time navigating and safely cleaning (a messy kid’s room, for example) so a powered floor cleaning attachment would certainly be a welcome addition to its toolset. But, for a first generation product, the Coral One still seems like a great option if you’re ready to offload most of your vacuuming chores; we’re looking forward to trying it out. [Coral Robots]