After The Nun, Here Are 5 More Horror Characters Who Deserve Spin-Off Movies

The Nun, a prequel delving into the antagonist first introduced in The Conjuring 2, is scaring audiences in cinemas now—just the latest project spawned by the spooky franchise (lest we forget, a third Annabelle movie is now in the works). Now that horror spinoffs are all the rage, we have a few suggestions beyond the Conjuring films for Hollywood to consider.

There are a few important factors to keep in mind. If the potential spinoff takes place after the events of the original film, obviously the character has to survive. If it’s a prequel, the character needs to have some connection to the supernatural (or at the very least, some kind of spookiness) before the events of the original film, otherwise, it’s not really a horror movie, is it? 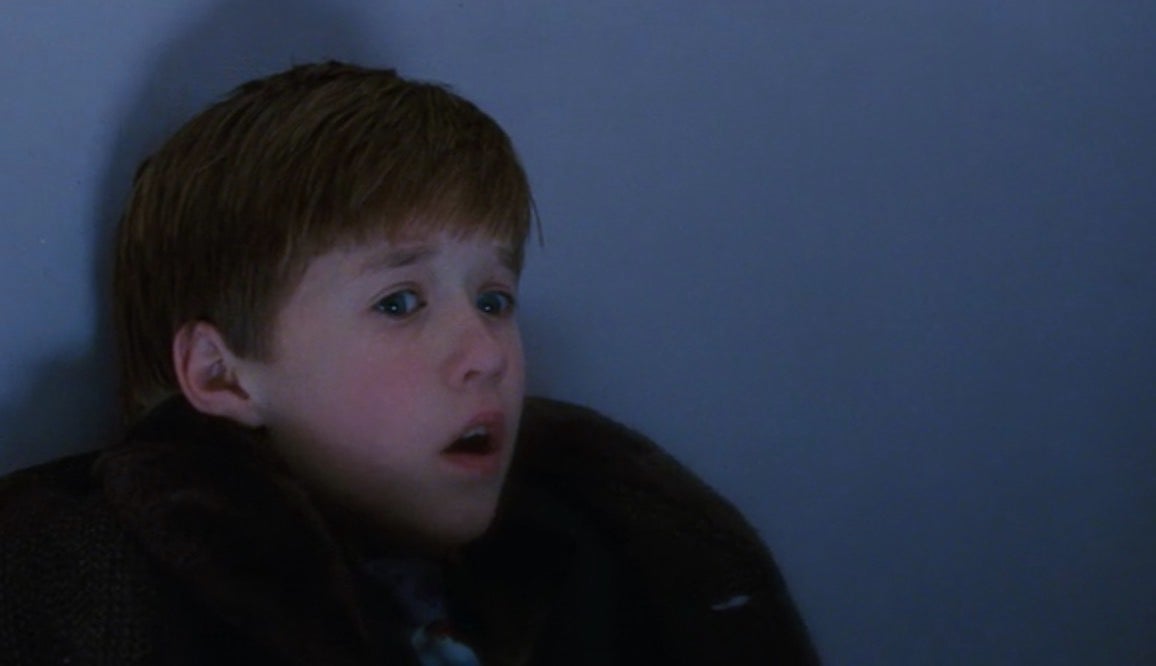 When Doctor Sleep, the currently-in-production sequel to The Shining, hits cinemas in 2020, we’ll all get to see what happened to little Danny Torrance after his escape from the Overlook Hotel (jumping ahead a few decades, since he’ll have aged into a man in his late 40s who looks a lot like Ewan McGregor). But there’s another prominent little-kid character from a much more recent horror film who could also use an update: Cole Sear, the boy who saw dead people in The Sixth Sense. In the last act of the film, Bruce Willis’ doctor character helps Cole come to terms with his macabre predicament; the little boy starts helping the spirits that contact him instead of hiding from them, which eventually helps him overcome the “weird kid” syndrome that made him an outcast at school. But since Willis’ character is very much the main character here, he’s the focus of the movie’s famously big reveal. (Duh, he’s a ghost.) Cole’s story just kind of ends after he musters up the courage to tell his mother his spooky secret.

So, what happened next? He’s still seeing dead people all over the place. What kind of adult would he grow into—like, would he make a career out of his unique connection to the supernatural, or would he try and be normal in spite of all the ghouls asking him for favours? Would he ever meet others who share his abilities? There’s a lot left to explore with this guy. Cole could even be played by the original actor: Haley Joel Osment, who somehow turned 30 this year. He hasn’t had a tonne of high-profile roles since his 1999 Oscar-nominated breakout, but he’s been around (earlier this year, he had a creepy dual role on the final season of The X-Files). Sixth Sense director M. Night Shyamalan is obviously pretty busy these days with his burgeoning superhero movie universe, but if he ever felt drawn back to the horror genre—and now that he’s ventured into the realm of sequels—there’s no reason why he shouldn’t pick up with Cole’s story 20 years later...maybe without a twist ending this time. 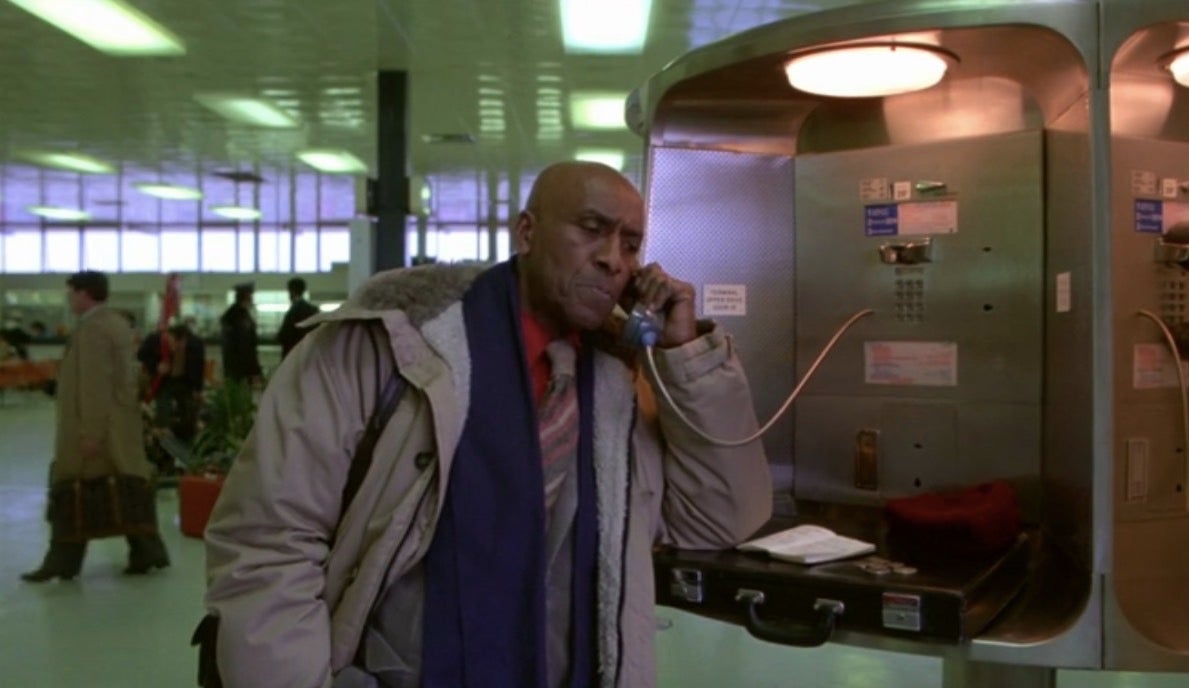 The kind of guy you want on your side. (Image: Warner Bros.)

Yes, Doctor Sleep is coming, and we’ve already gotten a big dose of Shining nostalgia thanks to Ready Player One and Castle Rock (not to mention Stephen King’s ever-expanding general pop culture presence at any given moment). But the best character in The Shining—and one of the best horror characters ever, full stop—is Overlook Hotel chef Dick Hallorann. In the book, Hallorann survives being attacked by Jack Torrance and stays connected with Danny afterwards. Though he dies before the main events of Doctor Sleep, he’ll be played in the movie by Carl Lumbly, presumably in flashbacks or via a “shining” link-up or both. Scatman Crothers, who played the doomed version of the character in the 1980 Stanley Kubrick film, died in 1986.

Here’s what we know about Hallorann: he’s a skilled chef, he’s an art connoisseur (at least according to the Kubrick movie’s production design), he’s good with kids, and he’s kind of guy who will ditch tropical Florida at a moment’s notice so he can drive a snowcat through a blizzard to help a family he’s met once. He’s also psychic—maybe not on quite on Danny’s level, but he blows the boy’s mind when he engages him in a telepathic conversation. It runs in his family, you see; as he explains it, his grandmother was also able to “shine.” Beyond that, the book version of The Shining as well as other King works (including It) fill in a few more details, like that he’s from New Hampshire and worked as cook during his stint in the Army, and later opened a nightclub that was torched by the Maine equivalent of the KKK.

Doctor Sleep will presumably show us what he’s been up to since that terrible winter at the Overlook, but if The Shining fever continues to rage, let’s get a spinoff exploring his younger days, how his unusual gift has affected his life (maybe it’s not always as scary as Danny makes it look?), and even his reasoning behind taking a job at a hotel he knows is crawling with spiritual malevolence. 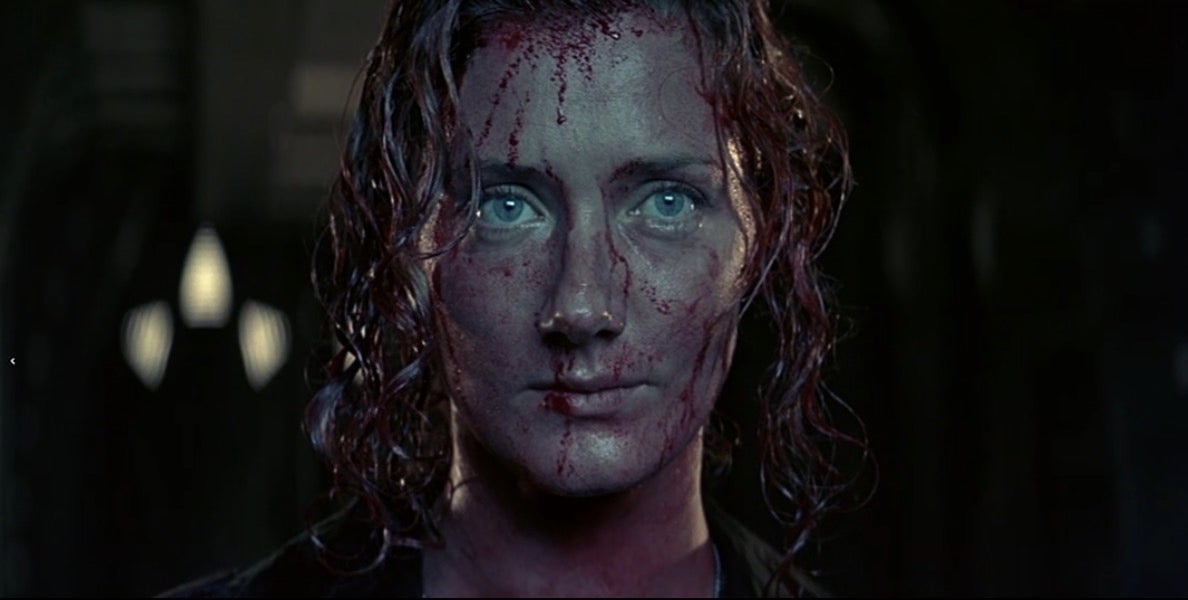 She’s not the character who actually says it, but you know Starck also thinks “Fuck this ship.” (Image: Paramount Pictures)

There aren’t many survivors by the end of gruesomely entertaining sci-fi hell ride Event Horizon, but a few do make it out—including Lt. Starck, the Lewis and Clark XO who’s played by Joely Richardson. The final scene, where she’s rescued from deep-space terror but hallucinates that she’s still in danger, always reminds me of the end of The Texas Chainsaw Massacre. She’s physically safe, but her mind looks to be completely gone. (Cooper, the other non-comatose survivor played by Richard T. Jones, seems like he’s in much better condition...but is he?) Unlike Ripley in Aliens, Starck doesn’t have a physical enemy that she can battle and eventually stomp out as a form of cathartic revenge. A Starck-centric movie would have to be all about the mindfuckery that follows her after her time spent on the Event Horizon, a ship that’s literally infused with pure evil thanks to some very unfortunate interdimensional travel. Is she suffering from extreme PTSD, or is the cursed ship still capable of causing monstrous hallucinations? Could Jacob’s Ladder happen in space?

Event Horizon director Paul W.S. Anderson has gone on the record saying he doesn’t want to see the movie get a sequel because he doesn’t want to “overexplain” the weird things that happen in the first movie. That makes sense; the 1997 original may have bombed when it opened, but the fact that so many things are left open-ended is a big reason why it’s become such a cult favourite. But if you went for a scaled-down spinoff that focuses on one traumatised character rather than an imitative sequel, it could explore new horrors without retreading what came before. 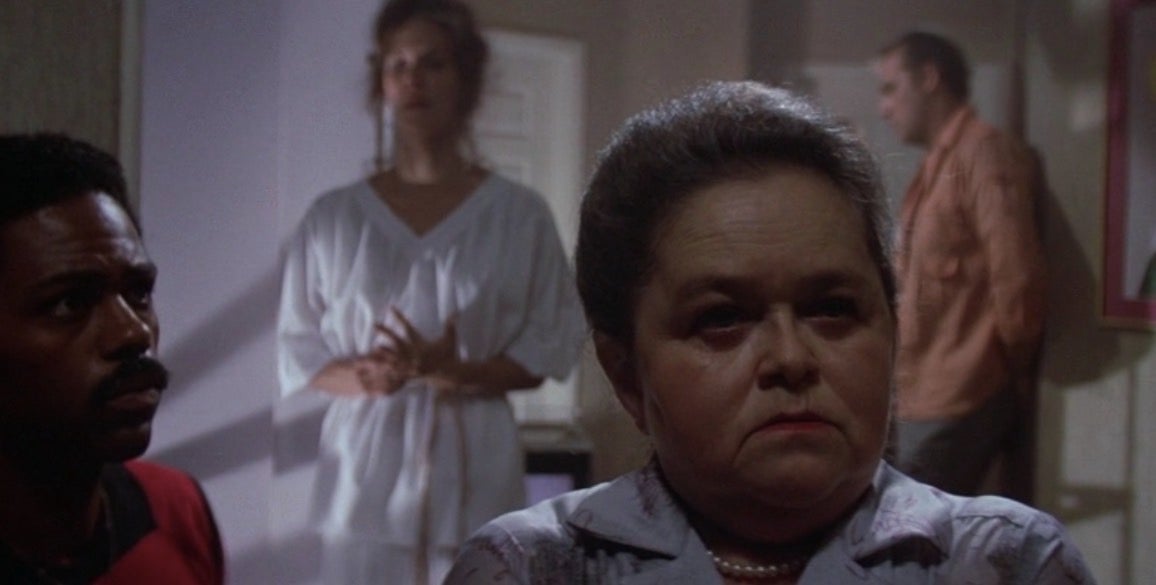 She shows up over halfway into the movie, summoned by a crew of parapsychologists who realise they need to call out the big guns to help the Freeling family rescue their daughter, Carol Anne, from the spirit realm. And in this case, it’s a big gun in a tiny package, since Tangina is played by the very petite Zelda Rubinstein. Though she helps rescue the girl, Tangina doesn’t totally save the day; after all, some gnarly stuff happens after she dramatically declares “this house is clean.” (Exhibit A: that whole clown doll situation.) But her tough yet tiny presence brings a warmth to Poltergeist just when things are starting to get really hopeless, and her great speech explaining exactly where Carol Ann, who she’s with, and why she’s in extreme danger feels less like exposition and more like a really creepy peek behind the veil. Tangina returned in Poltergeist III—the one set in the high-rise with the, uh, haunted mirrors—to help Carol Anne once again, and the character actually dies in that movie (in real life, Rubinstein passed away in 2010).

A Tangina spin-off without Rubinstein seems pretty impossible—and we won’t mention the remake, except to note that the Tangina equivalent is a totally different character played by Jared Harris—but perhaps a prequel (or even a movie that takes place after the first Poltergeist, but obviously before the third) could dig into what it’s like to be a famous clairvoyant in 1980s Southern California. Considering how calmly she takes in the plight of the Freelings, you have to assume she has had some majorly freaky encounters while on the job. 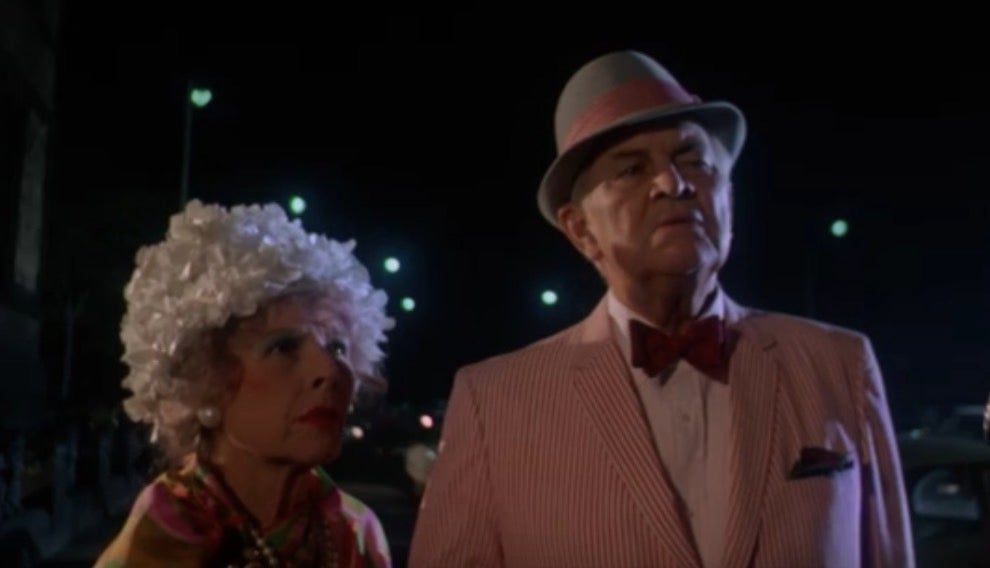 Minnie and Roman in their going-out clothes. (Image: Paramount Pictures)

Once you’ve seen Rosemary’s Baby, you know that the old couple who live next door to Rosemary and Guy Woodhouse aren’t just eccentric and nosy, they head up a coven of witches who will stop at nothing—including murder—to ensure that Rosemary gives birth to the Antichrist. As Rosemary begins to piece together the truth about what’s growing inside her, she discovers that Roman and Minnie Castevet aren’t who they say they are, thanks in part to an old book on witchcraft given to her by a friend who’s killed for daring to interfere.

Roman Castevet, of course, is actually an anagram for Steven Marcato, son of Adrian Marcato—a notorious devil worshipper who was supposedly attacked by a mob in the lobby of their apartment building. You could definitely set a story in early-1900s New York or even earlier, investigating how the Marcato family moved into the Bramford and took a darker path out of the Victorian-era interest in spiritualism. But it wouldn’t be much of a Castevet story without Minnie; Ruth Gordon won the Best Supporting Actress Oscar for her performance, an unforgettable blend of motherly, pushy, flamboyant, and shrill. But what was Minnie like as a young woman? How did she meet Roman? Was she already into Satan or did he beckon her into the cause? Did she always have such a distinctive fashion sense, and where did she learn to talk so fast, manipulate so smoothly, speed-eat layer cakes, pack tannis root into necklace charms, and drink vodka blushes? The story possibilities are kind of endless.