It’s been a busy summer for camera aficionados with Nikon recently announcing its first high-end mirrorless camera. But now, things are about to get even more hectic thanks to the new Canon EOS R.

Like Nikon’s new Z cameras, the EOS R is Canon’s late response to the popularity of mirrorless cameras, a category which until recently has been been essentially dominated by Sony, especially when you’re talking about full-frame mirrorless cams. In fact, based on sales data gathered by NPD from the first half of 2018, Sony claims it recently became the number one seller of full frame cameras (both DSLR and mirrorless) in the US.

But of course, a good camera is much more than a cross section of those specs, and where Canon is hoping to get ahead is with its DIGIC 8 image processor and dual-pixel autofocus which features built-in eye tracking (like you get on a Sony A7), 5,655 total AF points, and low-light focusing capabilities that Canon says goes down to EV -6 (that’s extremely dark). Unfortunately, the EOS won’t have in-body image stabilisation, which is an important feature both Sony’s and Nikon’s rival include. 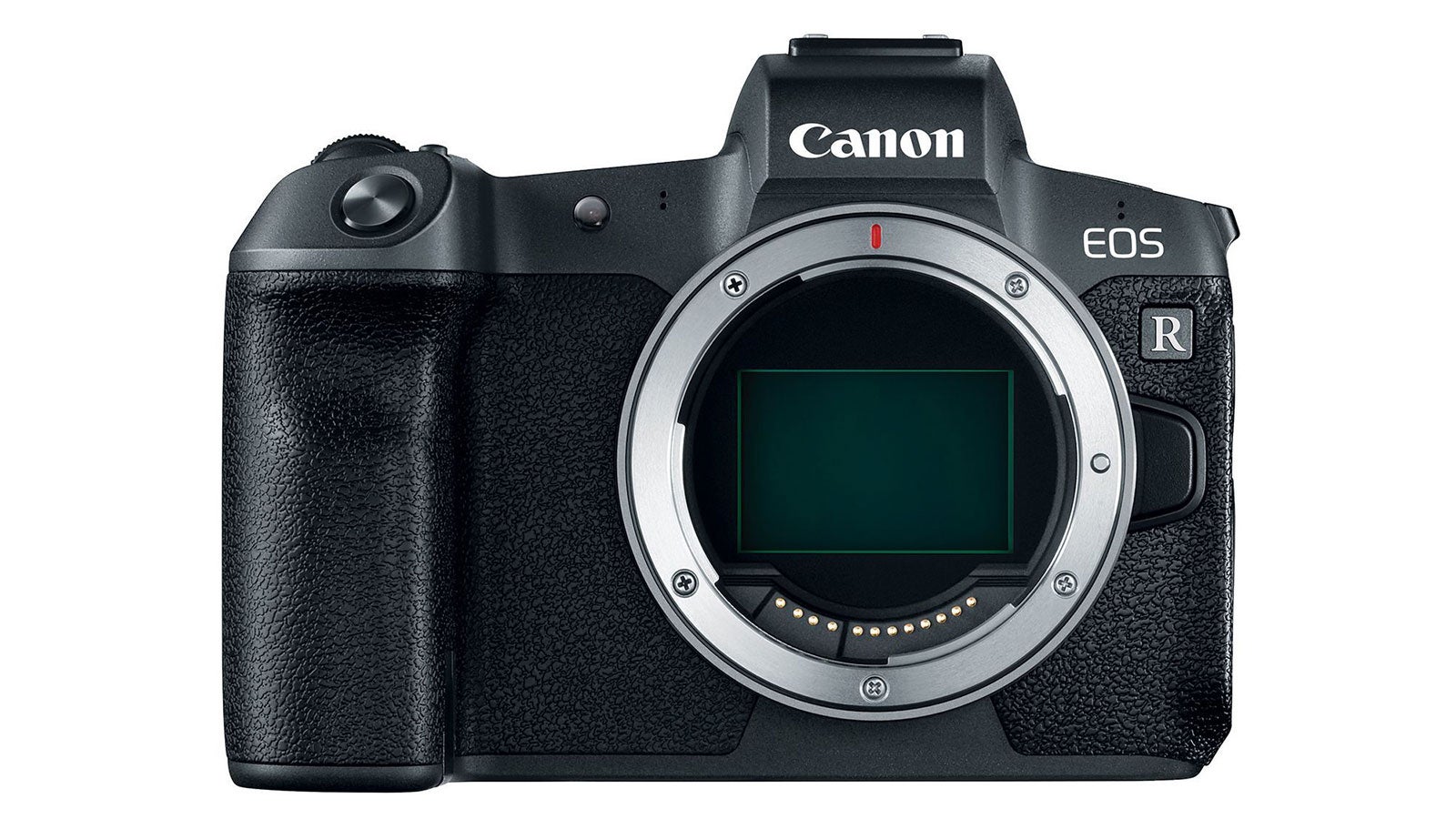 As for the EOS R’s new lenses, similar to what Nikon did for the Z7 and Z6, Canon made a new, larger RF-mount that lets Canon create sharper and more compact lenses for use on its mirrorless camera. At launch, the EOS R’s four native lenses look to be superior to what Nikon is offering on its Z cameras, with a lineup consisting of an RF 35mm f/1.8 prime macro lens, an RF 50mm f/1.2 prime lens, an RF 28-70mm f/2 zoom, and an RF 24-105mm f/4 zoom. That means not only will have Canon have one additional native lens available for the RF to start, each one is as fast, or faster than the equivalent Nikon Z lens (aside from Nikon’s super specialised f/0.95 Noct lens, which still doesn’t have an official release date).

On every RF lens, Canon even added a built-in control ring that can be used to tweak aperture, shutter speed, ISO, and more, giving the EOS R easy two-handed adjustment. And for all the people with a large collection of EF-mount glass, Canon also made sure those lenses wouldn’t go waste by creating not one but three new lens adapters.

The standard, and most wallet-friendly, EF-EOS R adapter is the basic choice for adding compatibility with nearly all of Canon’s legacy glass, while the Control Ring Mount Adapter adds the same handy on-lens adjustment controls found on native EOS R lenses to older glass. The third, and priciest, Drop-in Filter Mount Adapter, as its name implies, gives you the ability to swap in a variable neutral density filter, a polarising filter or a clear filter depending on the situation. 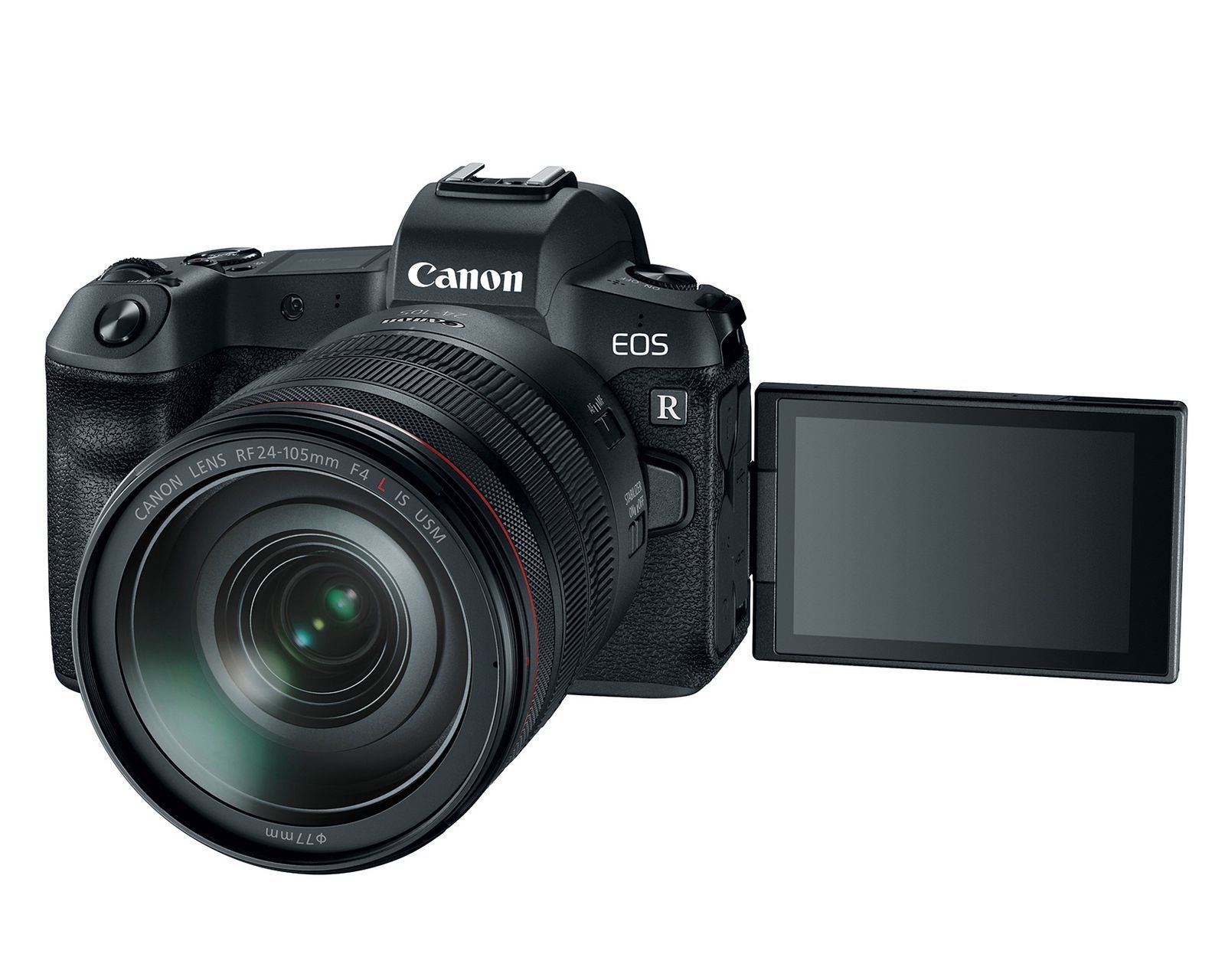 The EOS R’s vari-angle touchscreen could attract a lot of vloggers, as neither Nikon’s Zs or Sony’s A7 III’s can do that. (Photo: Canon)

The EOS R’s body also has a few neat tricks as well, such as a 3.15-inch LCD touchscreen that swings out and can even be flipped 180 degrees to point towards the front, while the EVF features an 3.69 dot OLED display with 100 per cent coverage and a 0.71x magnification. To the right of the viewfinder, there’s also a little touch sensitive navigation strip that can be swiped left and right to navigate through different menus and controls, or tapped in the centre when you want to confirm a selection. 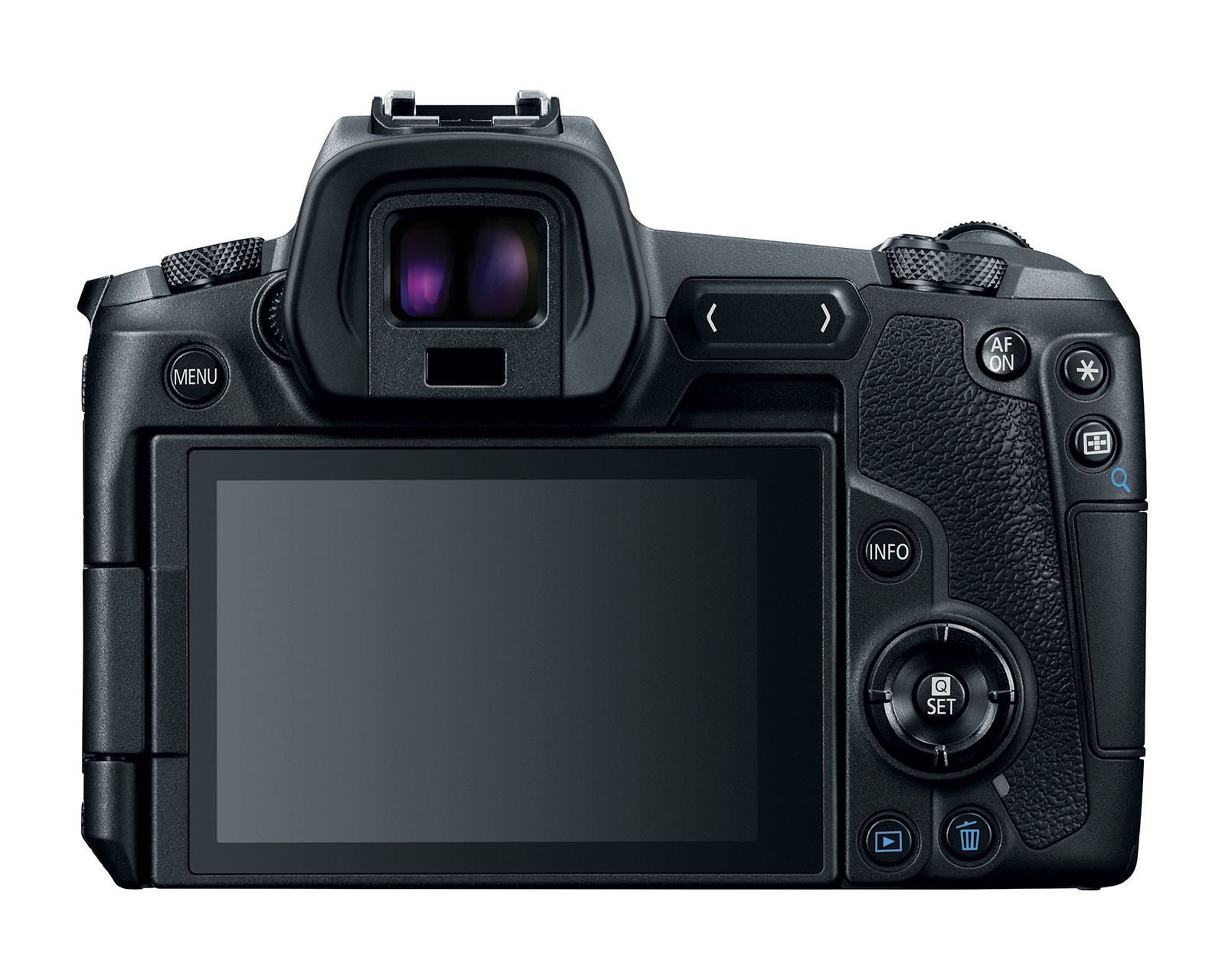 The little touch bar to the right of the EVF could be a neat new way to control the EOS R. (Photo: Canon)