11,000 years’ worth of artefacts went up in smoke as the 200-year-old National Museum of Brazil in Rio de Janeiro—one of the largest collections in the Americas—burned down in a massive firestorm early this morning.

According to the Rio Times, reports indicate that every piece in the museum’s collection of over 20 million items could be destroyed:

Early reports indicate that the museum’s vast collection of more than twenty million rare and historical objects, including South American archaeological artefacts, meteorites, fossils, and the largest collection of Egyptian artefacts in Latin America, were lost.

No serious injuries are reported. The fire started at 12:30am BST this morning, with the cause unclear, and museum officials have to wait for firefighters to finish clearing the structure before they can assess the damage, CNN wrote. 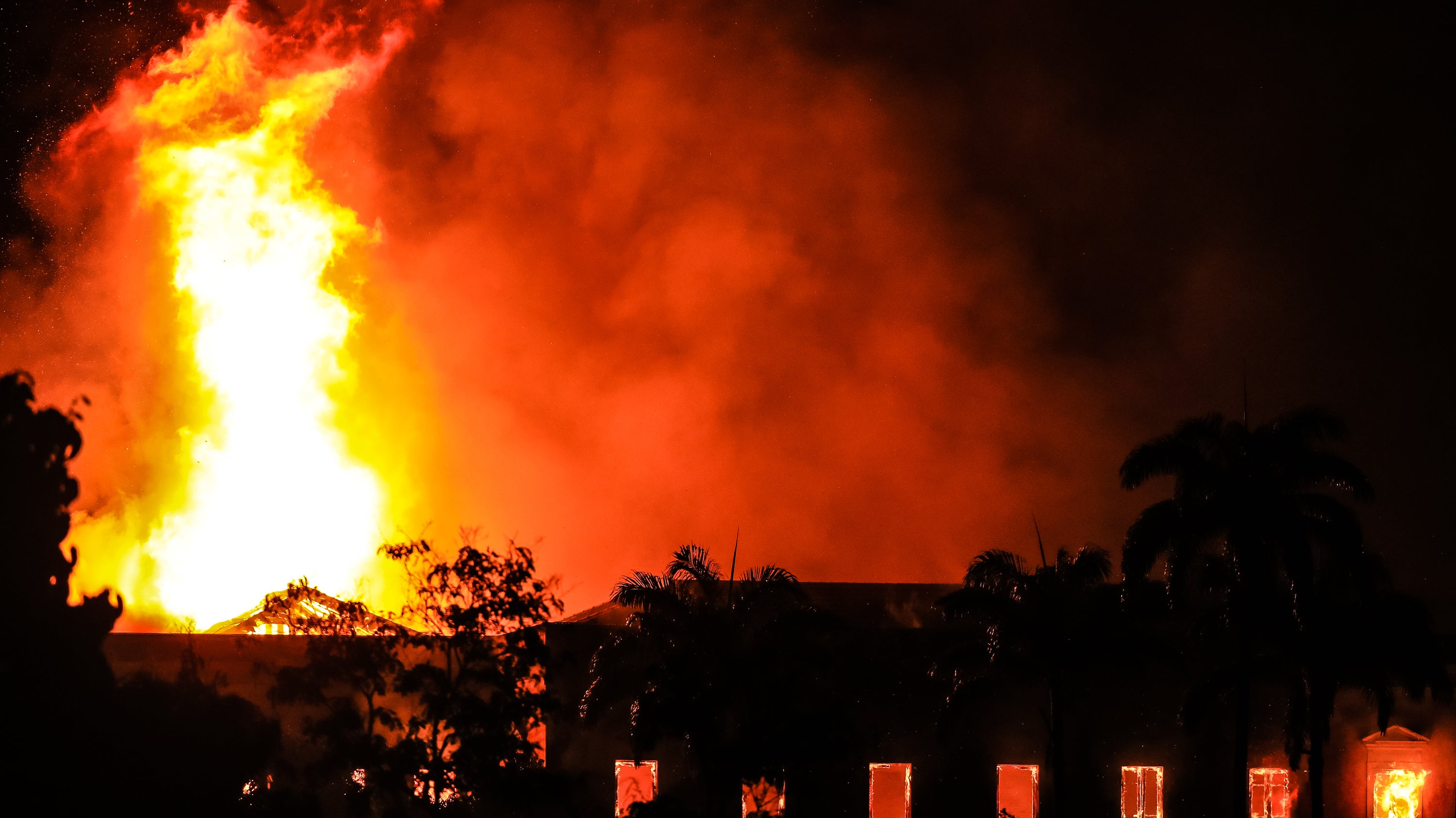 Items in the building included Latin America’s most extensive Egyptian collection, pre-Columbian artifacts, the oldest human remains ever discovered in the Americas (“Luzia”), dinosaur bones, extensive biology exhibits, and a massive scientific library. Here are a few other things that were stored in the building, according to the New York Times:

One of the world’s largest meteorites, which was found in 1784 and had been on display since 1888.

... Items from a large swatch of Brazilian cultures, including funeral urns from around the year 1000 in the region of the Maracá River, statues and vases from the Santarém culture in the region of the lower Tapajós River, a mortar from the Trombetas River area and a rare mummy found in Brazil.

... A Greco-Roman collection with more than 700 pieces that arrived in Brazil in the 1850s.

(The meteorite was among the items that may have survived the fire.)

According to the BBC, at least some parts of the building where animal specimens were stored survived intact, while the Guardian reported other parts of the archive stored in another building were undamaged.

Museum staff were able to rush in, in some cases bashing down doors, and save some items. Professor Paulo Buckup, an expert in fish science, told the BBC he rescued “a few thousand” mollusc specimens, adding, “I don’t know how many tens of thousands of insects and crustaceans were lost. I feel very sorry for my colleagues, some of whom have worked here for 30 or 40 years. Now all evidence of their work is lost, their lives have lost meaning, too.” 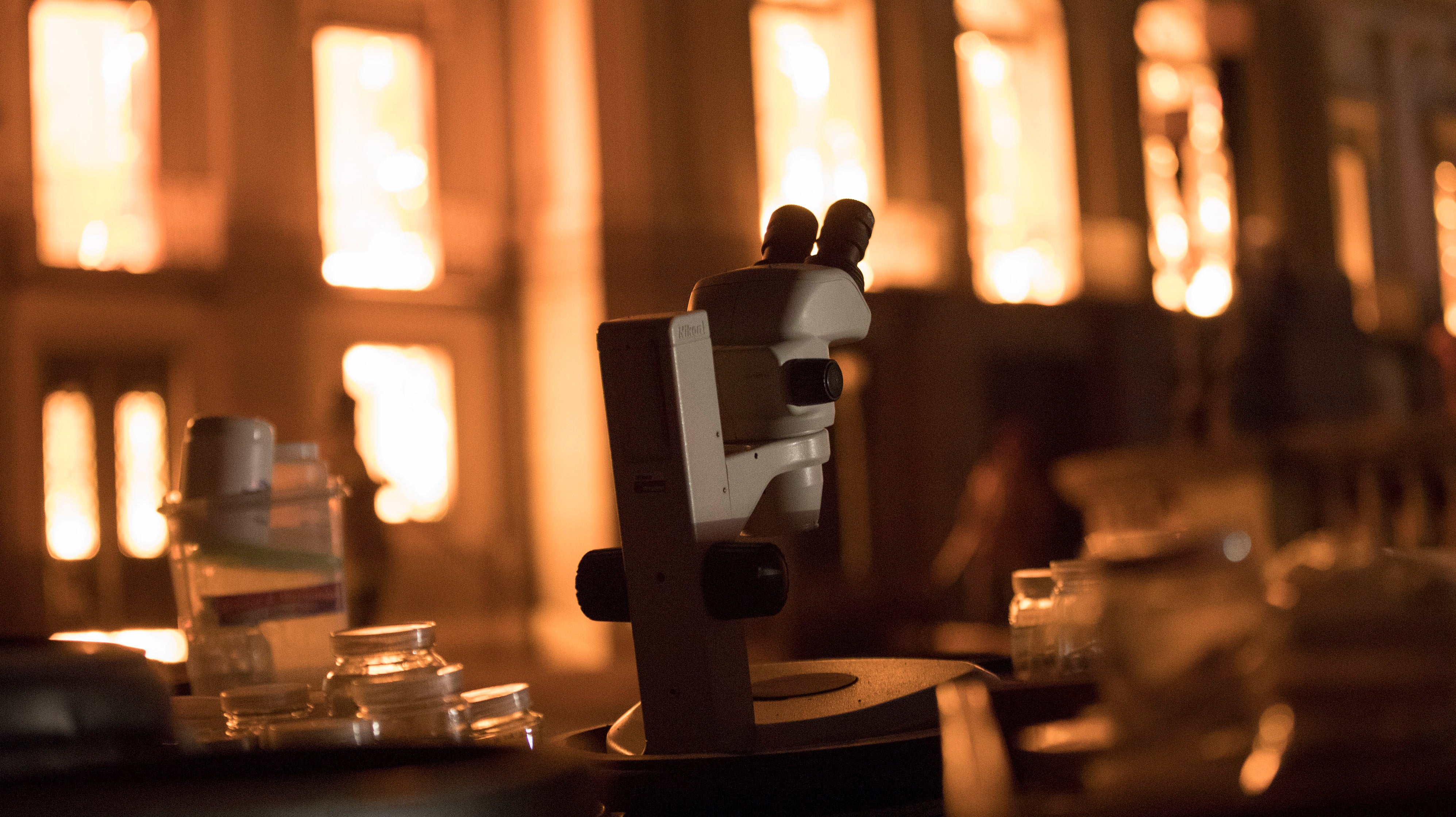 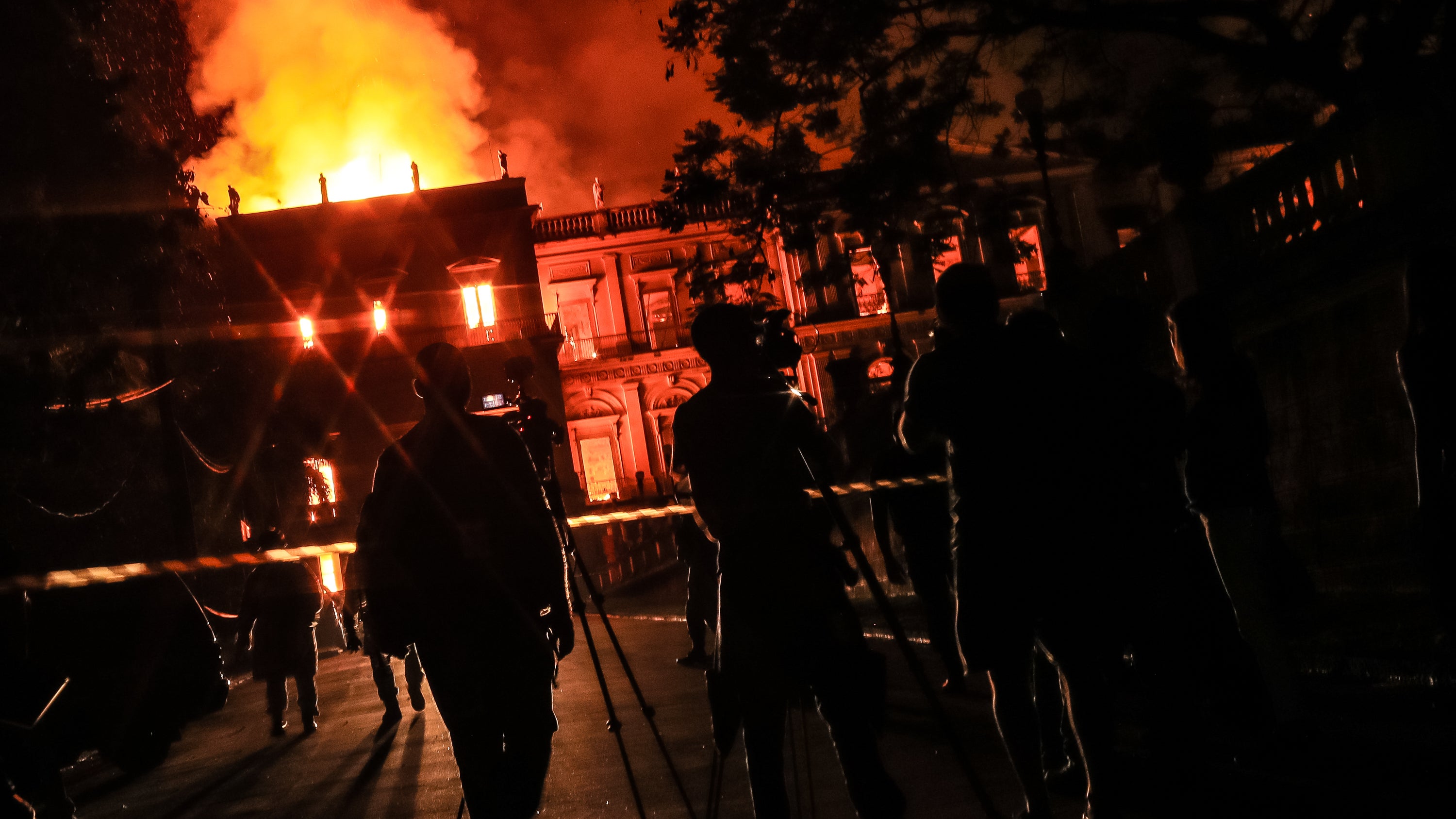 Onlookers at the scene of the blaze at the National Museum. (Photo: Buda Mendes/Getty Images)

“This is 200 years of work of a scientific institution—the most important one in Latin America,” longtime museum employee Marco Aurelio Caldas told Agencia Brasil, per CNN. “Everything is finished. Our work, our life was all in there.”

Brazil has been facing years of recession and corruption scandals, with both the federal and state governments struggling with massive budget shortfalls. According to the BBC, museum staff said lack of funding had left the museum in poor condition, and around a third of the building’s 30 exhibition halls were shut down due to financial constraints at the time of the fire.

Vice director Luiz Duarte told TV Globo the fire was an “unbearable catastrophe,” according to the Guardian.

“For many years we fought with different governments to get adequate resources to preserve what is now completely destroyed,” Duarte added. “My feeling is of total dismay and immense anger.” [CNN/Rio Times]