Canada’s Trans Mountain Pipeline may have hit a snag Thursday, but that’s not stopping activists from taking action to raise awareness about the expansion project—and make sure it’s finished for good.

“This pipeline will not be built.”

The art installation, which should be live by mid-September, features giant painted portraits of actual people who live along the crude oil pipeline’s 715-mile long path from Alberta to British Columbia: an indigenous elder, a mum and her newborn, and a drum player. So far, the group and their collaborative partners, which include community members, have painted 17 portraits, but the goal is 25. The group will install the portraits along the pipeline’s route through Edmonton, Alberta.

“It’s a cross section between everyday Albertans,” said Jenny Kleininger, an organiser with Climate Justice Edmonton, to Earther. “Some are activists, mothers, parents, people who work in labour unions. We have members of the LGBTQ community, indigenous people, and everything in between.” 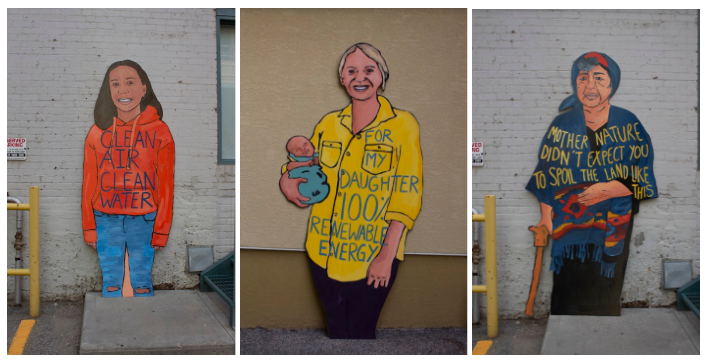 Some of the art pieces. (Photo: Courtesy of Climate Justice Edmonton)

The idea for this project goes back to December 2017. That’s when Climate Justice Edmonton really solidified itself as a local organising group. Members wanted to take direct action that held themes of resistance, but also hope. In February, this dream became a reality after the group secured funding from Lush, a cosmetic company that donates money to grassroots efforts in North America. (Full disclosure: Nearly all my personal care products are from Lush. They’re amazing.) 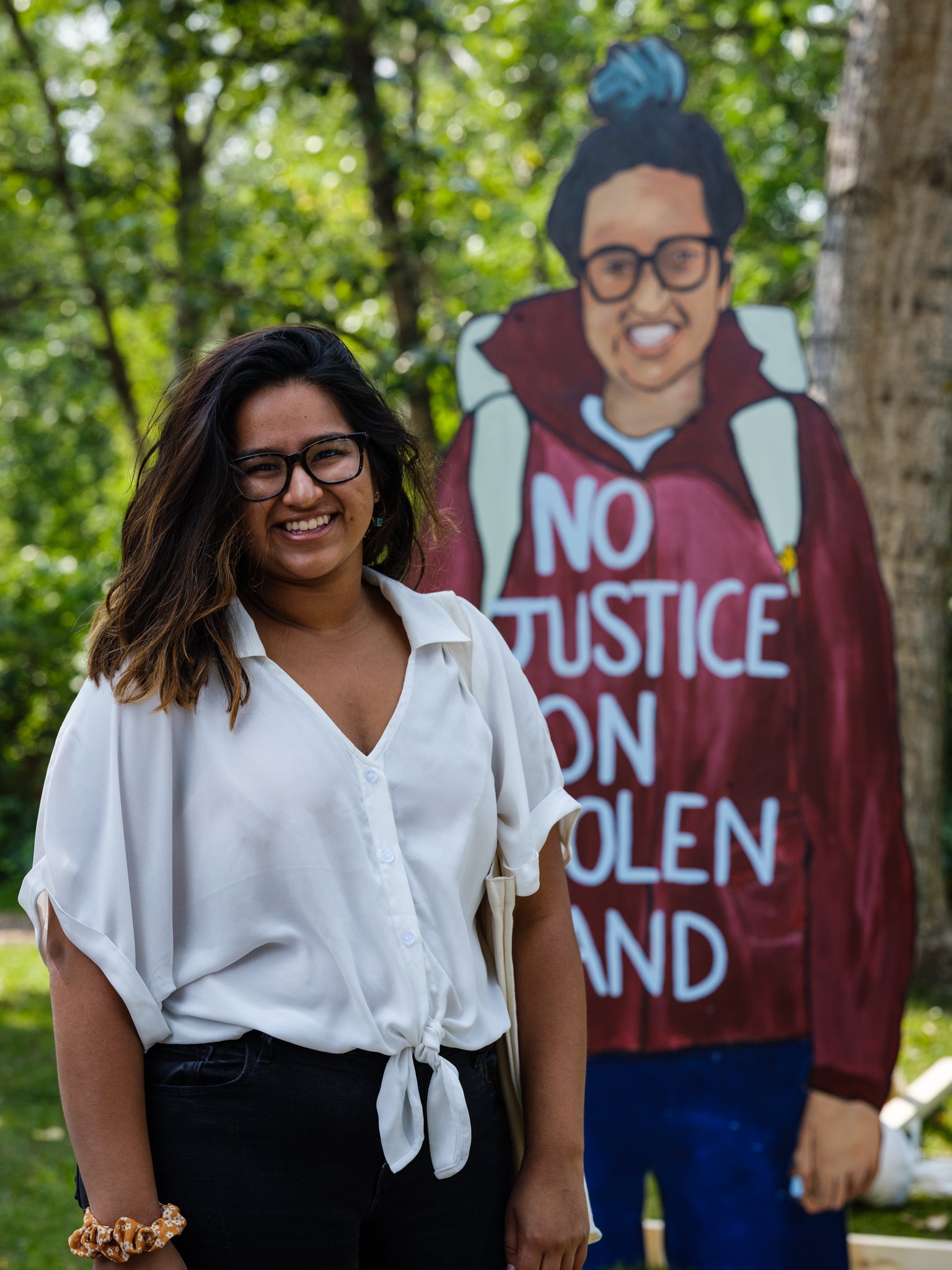 One of the community members stands with the portrait she inspired. It reads, “No justice on stolen land.” (Photo: Abdul Malik; courtesy of Climate Justice Edmonton)

With some money, the group began planning how to execute the project. It involved a lot of outside help. Kleininger estimates roughly 30 non-members took part in the art project—whether it was with painting, installing, or gathering material.

The goal is to show the world that not all of Alberta is “pro-oil”—even if its leaders are. Alberta Premier Rachel Notley announced Thursday that the province would be pulling out of Canada’s federal climate plan. This came after a federal court ruled the Trans Mountain Pipeline expansion, which would carry an estimated 890,000 barrels of oil a day from Notley’s province to British Columbia—would need further review and tribal consultation before moving forward.

“There is this dominant narrative in our province that we are just all for oil and gas expansion, that everyone in the province is,” Kleininger told us. “And we know that that’s completely false.”

Her message to Kinder Morgan, the pipeline’s original developer? “This pipeline will not be built.” 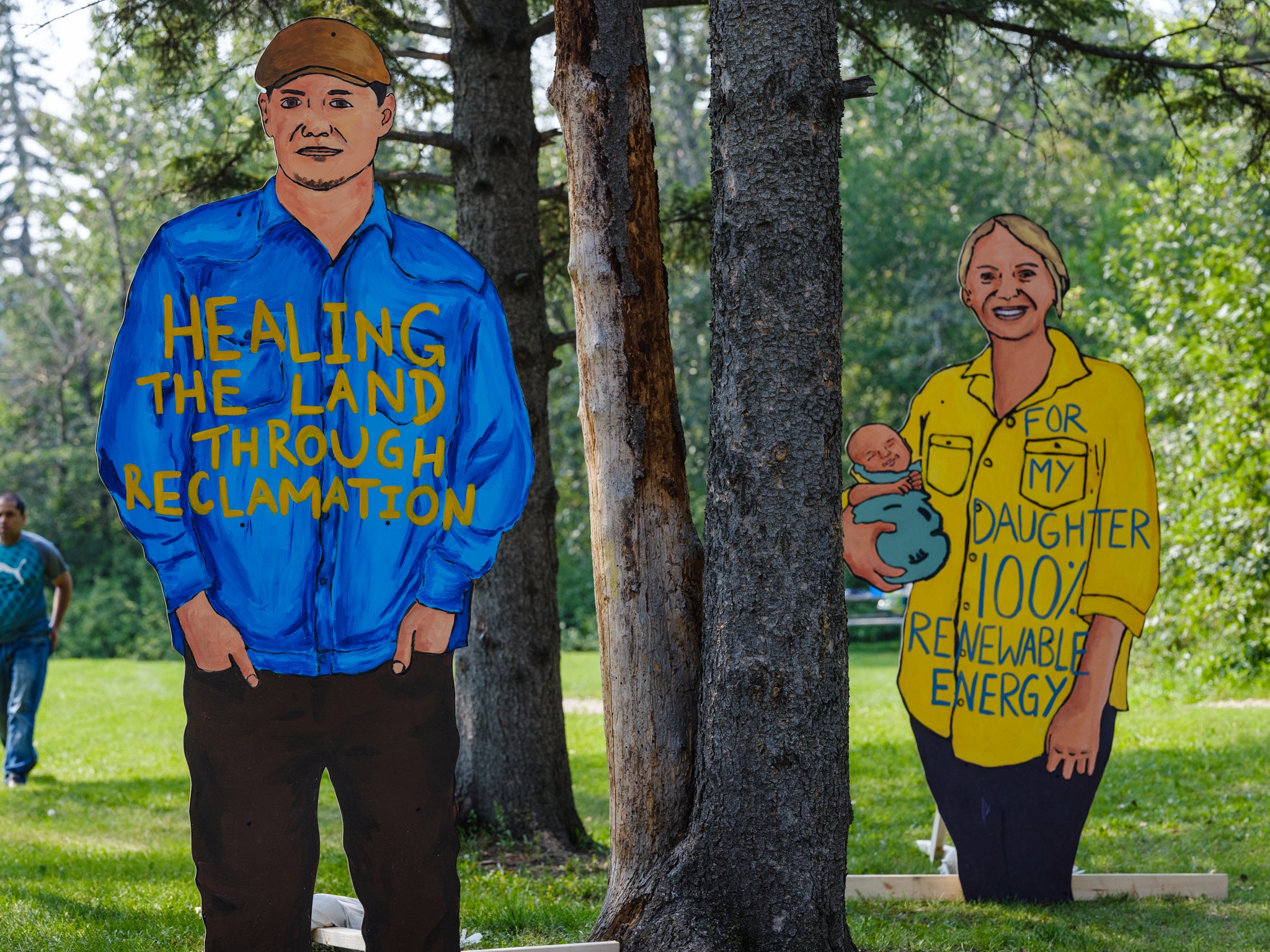