If you listen to what Sony says, you could assume that the third generation of the Sony 1000X wireless headphones is all about better noise cancelling. This wouldn’t be a wrong assumption. The company managed to make its famous noise-cancelling headphones cancel even more noise. But what caught my attention is how much more comfortable they are. This is a sassy upgrade, since Sony’s major competitor, Bose, put “comfort” in the name of its headphones.

Put simply, Sony is taking another big gulp of Bose’s milkshake. Nearly a year ago, I declared that Sony’s noise-cancelling headphones had bested the long-standing category leader: the QuietComfort 35 II wireless headphones. The latest iteration of those Sony headphones is the WH-1000XM3. (The last ones were called the WH-1000XM2, so you see, there is a little bit of rhyme and reason to Sony’s model naming scheme.) Sony never told me that it wanted to make a better version of Bose’s headphones, but after spending two weeks using the new model, it’s obvious that Sony does keep giving people more good reasons not to buy Bose.

Let’s start with the adaptive noise-cancelling technology. For the third generation 1000X wireless headphones, Sony built something called “HD Noise Noise Cancelling Processor QN1.” Unlike previous models which integrated noise cancelling into the audio processor, this separate processor works on its own to identify and filter out more background noise before. Through an app, you can also choose to let some of that noise back in. Say you’re in an airport and want to hear the flight announcements but keep the rest of the sound garbage away. The new QN1 chip is designed to do that better. 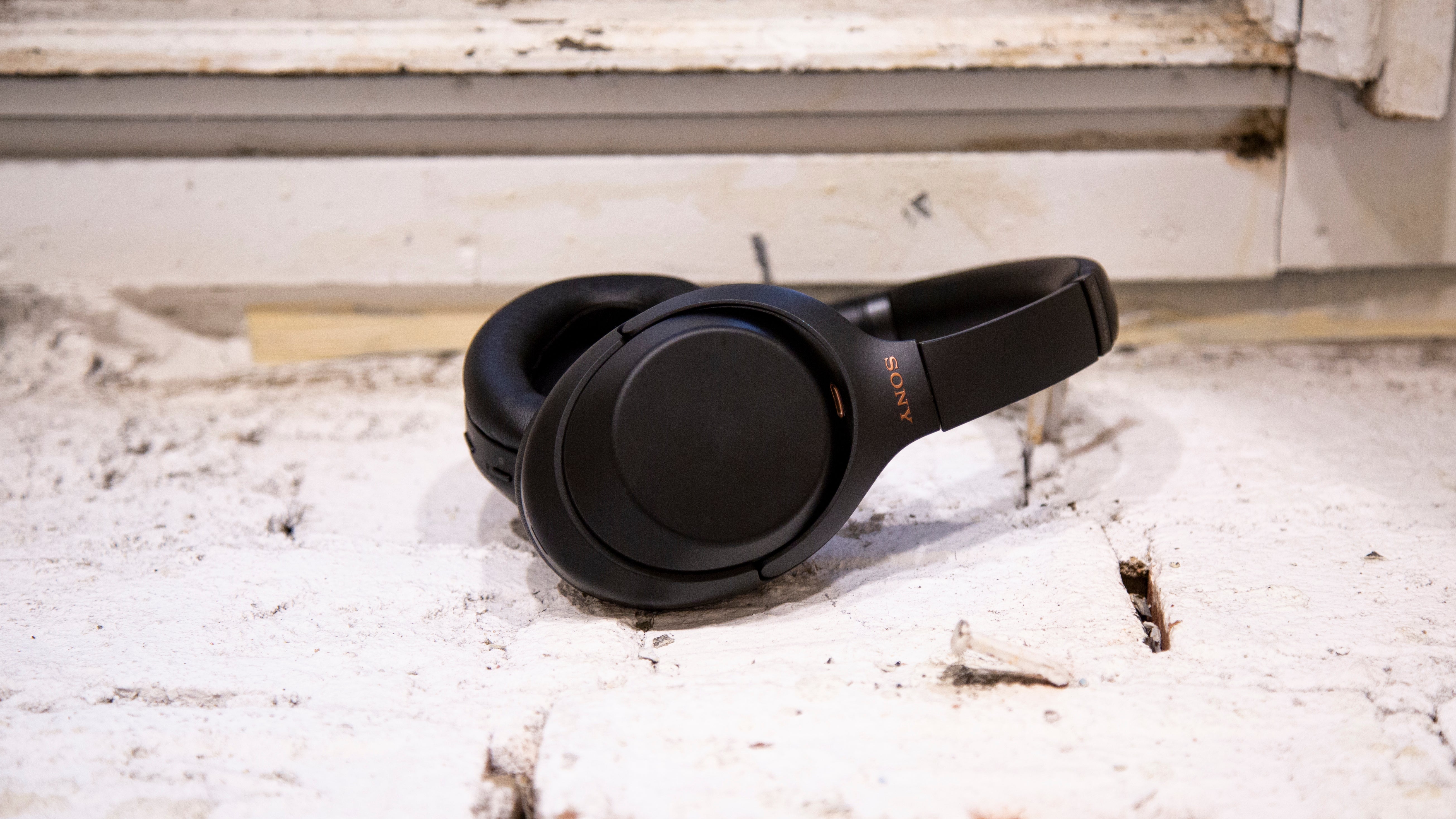 When it comes to headphones like these, I’m primarily interested in getting rid of all the noise. And while I struggle to put an exact number on the improvement, I can definitively say that the third generation Sony 1000X headphones block more noise than their predecessors, which were already better blockers than the Bose QuietComfort II headphones. The improvement makes me think of the second generation Sony headphones as a dripping tap, and the new ones turn it off altogether.

While I wasn’t able to test the new 1000X headphones on a plane, my testing ground was the equally loud and unpleasant New York City subway. The old Sony headphones, which I used on countless commutes between Brooklyn and Manhattan, succeeded just fine at silencing conversations happening nearby me on the subway car. But I was pleased to see how the new Sony headphones actually reduced the roar of an oncoming train to a gentle hum that didn’t distract me from my music or keep me from comprehending whatever a podcast was telling me about the history of the Hun empire or whatever. Adjusting the noise-cancelling settings in the Sony Headphones app worked fine to let in more ambient noise, but like I said before, I just want my noise-cancelling headphones to cancel as much noise as possible. The third generation 1000X will now be my go-to shut-up-the-world headphones. The other big improvement with the new Sony headphones involves comfort. In addition to cancelling more noise, the WH-1000XM3 headset is designed to be more comfortable. Sony did this by implementing a new design for the headband as well as new ear cups that are roomier than their predecessors. The new headband adds a nice cushion for the top of your skull and a sleeker design that puts less space between the headphones and your head. And at 9.7 ounces, the third generation headphones are lighter than the previous generation, which weigh in at 8.99 ounces.

All of this adds up to a pretty damn comfortable set of headphones. While I liked the design of the earlier 1000X models, they did feel clunky compared to, say, the lightweight and pillowy Bose QuietComfort 35 II headset. The third generation 1000X headphones appear to borrow from some of the Bose comfort perks, namely that cushy headband and the bigger ear cups. When wearing the Sony WH-1000xM3 for hours at a time, I’d almost forget they were there. There was no ache on the top of my head, and I experienced very little squished ear syndrome. Despite the lighter weight, the third generation Sony headphones still felt sturdy, too. I always thought the Bose QuietComfort 35 II headset felt a little bit flimsy.

On top of better noise-cancelling and comfort, the new Sony headphones come with a couple of minor but notable upgrades. The material on the outside of the ear cup loses the rough, gravelly texture of the previous generation and gains an almost silky feel. This means that the swipe gestures you can use to increase the volume or skip a track work more effortlessly. (As I noted in my last review, the swiping stuff was difficult on the older headphones.) Sony has also shifted from a single microphone for making phone calls to a microphone array. This means that my mum complains less about how I sound when I call her while using the headphones. And since most microphones on headphones stink, the fact that Sony put the extra effort into making these work better seems nice. Sony also improved the button design, so that they’re easier to push, which I also appreciate. Sound quality on the third generation 1000X headphones remains the same as the previous generation. They sound as good as they ever did! But Sony decided not to add any big audio quality upgrades to the headphones this year. The WH-1000XM3 can still pump out deep bass, like the low thumps on “Doing It Right” by Daft Punk or the thundery pulses on “Oi-1” by Biosphere. The high guitar notes on “Solsbury Hill” by Peter Gabriel sound dreamy, natural, and clear. Diane Krall’s voice sounds rich and detailed on “Peel Me a Grape,” but you can still hear the full range of notes from the band. These headphones might not please audiophiles who prefer open-backed, planar headphones. They’ll almost definitely please everybody else, though.

So that’s a lot of good things I have to say about these consistently excellent Sony headphones. The one bad thing I need to bring up is connectivity. Like the Sony models before it, these wireless headphones connect very easily to one device, but if you’re switching between multiple devices, the Bluetooth connection gets very stubborn. The headphones only seem to want to connect to one thing at a time. For example, if I’m using the headphones with my laptop and switch to my phone, the 1000X headphones typically will not connect to my phone unless I disconnect them from my laptop. This is even true when I close my laptop and walk out the door with it in my backpack. I won’t be able to connect to the headphones with my phone because they’re still connected to the laptop. Very annoying! It’s not a dealbreaker, as every set of wireless headphones I’ve used has its quirks. But it’s not ideal.

Then there’s the price point. It’s not so much that it’s too high. It’s that I wish it were lower. The WH-1000XM3 cost £329. That doesn’t make them the most expensive headphones in its class, but I don’t think I’d describe them as affordable, either. They are, however, the same price as the two-year-old Bose QuietComfort 35 II headphones (technically one pound less, in fact), and they’re also better. You could even say they’re doubly better, since even the second generation 1000X headphones bested the Bose when they came out a year ago. You can buy the WH-1000XM2 headphones for £270 now, by the way.

They might not be affordable for everyone, but I do think the Sony WH-1000XM3 are some of the best headphones you can buy. It’s a boon that they also happen to be some of the best (if not the best) noise-cancelling headphones you can buy. Then again, they had the huge advantage of building on the excellent second and first generation 1000X headphones. If you own the WH-1000XM2, I’m not sure the improvements quite warrant an upgrade. But if you’re really craving better noise-cancelling and better comfort, the third generation 1000X headphones deliver.