The DJI Mavic 2 Is Our New Favourite Drone

By Adam Clark Estes and Raul Alexander Marrero on at

The idea behind the DJI Mavic promises that any adventurer can take professional-grade aerial photography with a compact drone. That’s probably why the company called the original model the Mavic Pro, even though the drone had its shortcomings. With the Mavic 2 series, however, that proposition gets more interesting with the introduction of interchangeable camera systems which define each new model. This, combined with some nuanced but meaningful design upgrades, makes DJI’s new flagship drone live up to old promises.

At first glance, however, the Mavic 2 series doesn’t look all that different than the first Mavic. Folded up, the new drones resemble big, grey beetles, and when you open them up, they seem almost spider-like. The drone itself is slightly larger than the original Mavic Pro, though it still weighs less than two pounds and features new aerodynamic elements on the aircraft that actually boost the flight time to 31 minutes and provide a smoother ride.

Closer inspection reveals a new array of tiny cameras on all sides of the drone that provides DJI’s first omnidirectional obstacle-sensing system. The big upgrade is very apparent in the £1,300 Mavic 2 Pro: a brand new Hasselblad camera with a one-inch CMOS sensor. The £1,100 Mavic 2 Zoom sports a camera that, as the name implies, features a 2x optical zoom and a 4x digital zoom. Deciding between the pricier Pro and the possibly gimmicky Zoom is not a permanent choice either. Because both drone bodies are the same, the camera systems can be swapped out at a DJI dealer for an as-yet-unannounced fee.

For the purposes of this review, we’re going to focus primarily on camera quality. The new cameras represent a big push by DJI to make its folding drones capable of capturing more cinematic footage in unique ways. We’ll also touch on the new flying experience, though, because it’s frankly awesome.

One could argue that the headline feature for the Mavic 2 Pro is its one-inch sensor. That’s about twice the size of the 1/2.3-inch sensor on Mavic 2 Zoom, which is the same size as the sensor from the original Mavic Pro. It’s not all about size, though.

An oversimplified explanation of why you’d want a bigger sensor on any camera is the basic fact that more sensor real estate means the camera can capture more visual information. Bigger sensors also enable cameras to perform better in low light conditions. Until now, the Phantom 4 Pro has been the premiere camera drone in the DJI lineup, in part, because it sported a one-inch sensor. But the new Hasselblad camera is more than just a big sensor. It offers 14 stops of dynamic range, better depth of field, and, critically, the ability to control the aperture. The Mavic 2 Pro camera also records video at 100 Mbps, compared to the original Mavic Pro’s 60 Mbps.

These are all things that DJI promised about the camera, and our testing showed these claims to be mostly true. The difference in quality is perhaps most apparent in shots that involved either low light or very bright light, both situations in which subtle details would be missed by drone cameras with smaller sensors. In these cases, the Mavic 2 Pro’s camera performs more like a DSLR than a dinky drone camera. This is partly because the wider aperture on the f/2.8-f/11 lens gives you a little more to play with in these scenarios. Look at the dark areas of this nighttime shot, for instance, where you can still make out the details of the buildings: Conversely, check out the reflections in the water in this image. They’re not washed out like they would be with a lesser camera. You can also see the limitations of the highlight roll-0ff near the sun, where the cloud texture abruptly disappears and the image is overexposed. The details of the skyline, however, remain visible: The one-inch sensor and variable aperture do make the Mavic 2 Pro camera closer to a DSLR equivalent, but there’s also a little bit of secret sauce from the Swedes. The new camera comes with a feature called the Hasselblad Natural Colour Solution (HNCS), a proprietary colour profile that’s supposed to deliver better colour accuracy. It’s actually designed to make digital cameras produce images that look closest to those you’d get from analogue film camera, and while it’s a bit of a proprietary mystery how it works, we found that the Hasselblad camera’s colour rendering does look, well, natural: 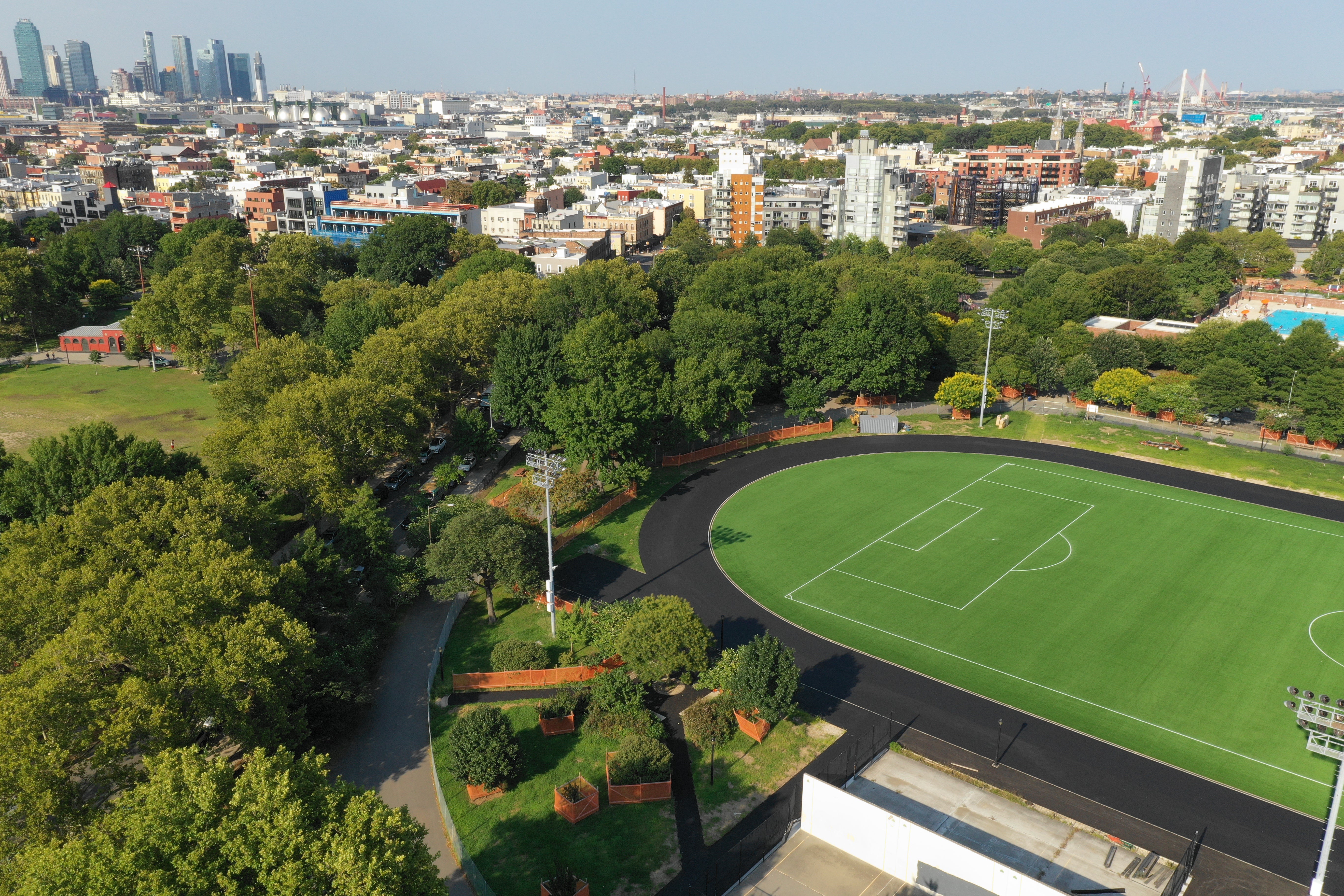 The cheaper version of the Mavic 2 features a camera that’s very similar to the one on the original Mavic Pro. It has the same 1/2.3-inch sensor but comes with the interesting addition of a 2x optical zoom (24-to 48-millimetres) and digital zoom (49- to 96-millimetres). While zoom cameras have showed up on much more expensive drones, this is the first folding consumer drone to get the capability. The big question here is, who cares?

Hitchcock fans should love it. Thanks to that new lens, you can use the cheaper Mavic 2 to pull off the famous Dolly zoom effect. First popularised in Hitchcock’s film Vertigo, this camera trick involves adjusting the zoom lens while also moving the camera forward or backwards. For a Hollywood movie, this requires thousands of dollars worth of equipment to do well. For the Mavic 2 Zoom, you can do it with a Quickshot option. It takes about five seconds.

Although the Dolly zoom feature might seem like a gimmick, the general ability to zoom in and out creates some interesting shots, especially when drone movements are incorporated. This stands to increase the production quality of a lot of drone videos, since the creative applications for combining drone movement and zoom effects are pretty much endless. In practice, using the zoom on the new Mavic 2 drone feels smooth and natural. There’s a good chance you’ll mutter, “Oh, that’s nice,” the first time you try it.

One other feature worth mentioning is the Hyperlight low-light mode. This one is actually available on both the Mavic 2 Zoom and the Mavic 2 Pro. In Hyperlight mode, the cameras capture sharper detail and richer colours than you might expect from the small sensors. It’s great for images captured at dusk and dawn. 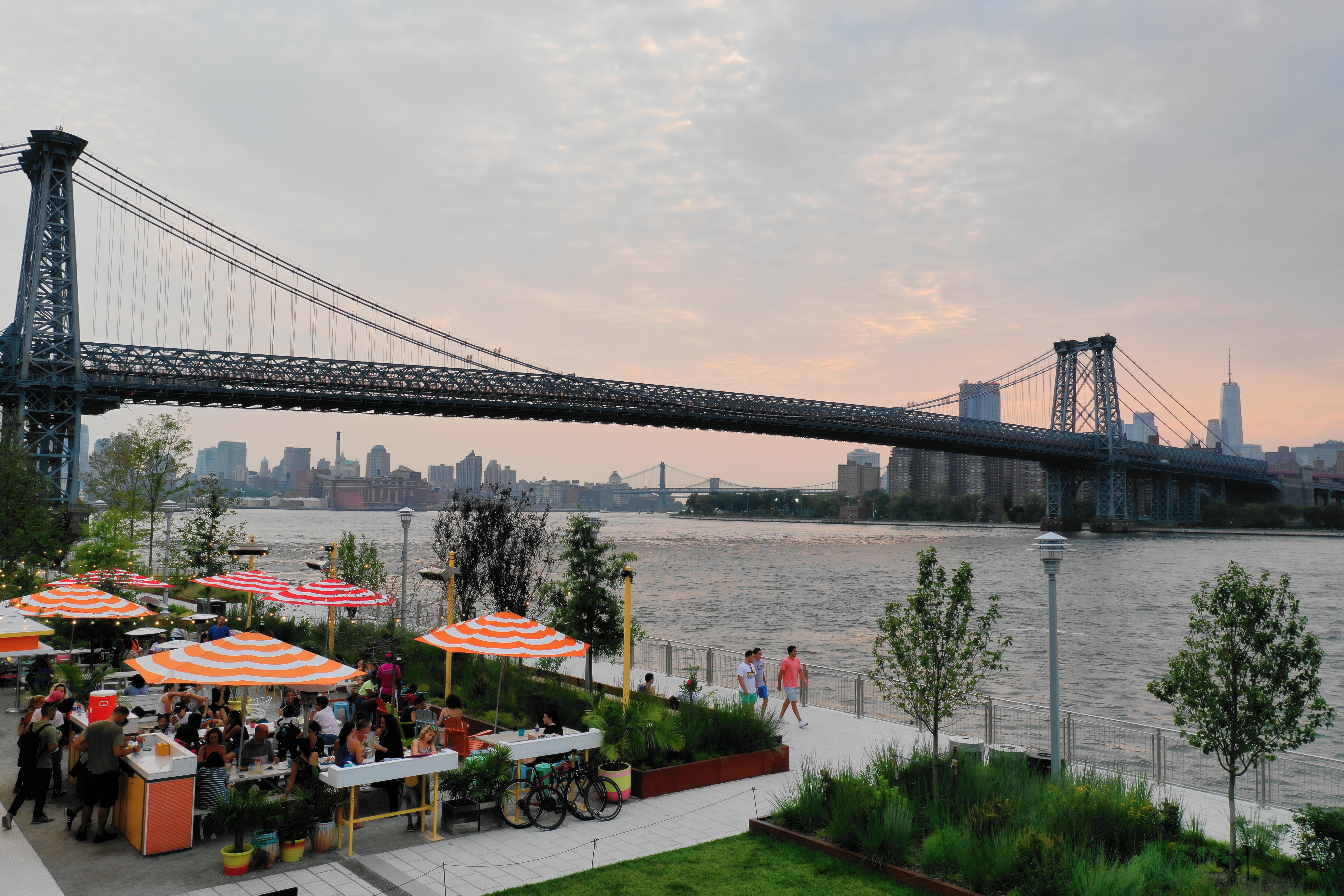 How it feels to fly

The Mavic 2 feels good—surprisingly good. The aircraft body is slightly bulkier than the original Mavic Pro, but it comes with some extra grooves that are designed to make the whole thing more aerodynamic. On top of that, there’s a new propeller design with a slightly skewed tip that’s meant to improve efficiency and reduce noise. On the noise front, the Mavic 2 is noticeably quieter than the Mavic Pro. In terms of overall aerodynamics, the piloting experience speaks for itself.

What we immediately noticed about the Mavic 2 aircraft was how smooth and stable it feels in flight. Even without much attention paid to careful joystick movements, the Mavic 2 floats from one altitude to another and glides laterally. The original Mavic Pro, by comparison, feels a bit jerky in the air.

The steady handling makes for better drone videos. But of course, DJI’s autonomous flight modes make these shots especially easy. There’s another new one called Hyperlapse that works on both the Pro and the Zoom. Hyperlapse makes it easy to create time-lapse videos that add an extra element of motion by making the drone fly along a path. The results are mesmerising. It’s worth noting that you might struggle to make smooth Hyperlapse videos on windy days, since even the sturdiest drone can get blown about by strong gusts.

The other big upgrade to the autonomous flight comes with the new ActiveTrack 2.0. Thanks to ten sensors on all sides of the aircraft, the Mavic 2 enjoys DJI’s first-ever omnidirectional obstacle sensing. The two side sensors only work in ActiveTrack 2.0, however. Just like the original version of the feature, ActiveTrack 2.0 lets you select a subject, and the drone will then follow that subject, avoiding obstacles along the way. We tried ActiveTrack 2.0 with a jogger, and the Mavic 2 handily avoided light posts that were in its path. In a different test, we tried tricking the system by running out of frame, but the drone just hovered safely in place.

The fact that DJI built a drone like the Mavic 2 is hardly a surprise. The company is constantly making its drones smarter and more useful. But what’s interesting about the Mavic 2 is the fact that the company is blending the best features of its big consumer drones (the Phantom series and the Inspire series) with the portability of its smaller aircraft (the Mavic Air and the Spark). The Mavic 2 series has a bit of a Frankenstein in its DNA in the best of ways.

This best-of-all-worlds scenario is only bolstered by the fact that the Mavic 2 camera systems are interchangeable. Yes, you will have to go to a DJI repair centre to do it, and no, the company hasn’t said how much this will cost. But the idea of being able to swap out the cameras on a drone this size is exciting. DJI even said that it might be possible for its drone owners to do this themselves one day.

If you just spent £900 on a Mavic Pro, it’s okay to feel frustrated. The Mavic 2 series is an upgrade, but it’s an expensive one. Again, the Mavic 2 Pro retails for £1,300 and the Mavic 2 Zoom goes for £1,100. So we wouldn’t necessarily recommend selling your old Mavic and buying the new one. If you don’t own a drone or own an older Phantom, however, you should seriously consider the Mavic 2.

Serious consideration does require asking yourself if you need to spend north of a grand on a flying camera. If you’re a beginner, you might be happier with the £770 Mavic Air or the £450 Spark. If you’re a beginner on a budget, the £100 Ryze Tello from DJI is an awesome option. If you think this field is too crowded with DJI products, you should check out the offerings from companies like Yuneec and Parrot. In our experience, though, DJI is considered the industry leader for good reason. Its (slightly more expensive) drones consistently outperform others.

For now, it’s safe to say that the Mavic 2 series is unlike anything else on the market. You can go cheaper and you can go bigger, but you can’t get this many intelligent features in any other tiny flying package. You could have said the same thing about the Phantom five years ago, but now there’s a new DJI king. All hail the Mavic 2.