This Photo Claiming to be 'Cassini's Last Image' is Totally Fake

Have you seen this photo, supposedly showing the last image captured by the Cassini space probe before it crashed into Saturn’s atmosphere? It’s beautiful. But unfortunately, it’s also totally fake. 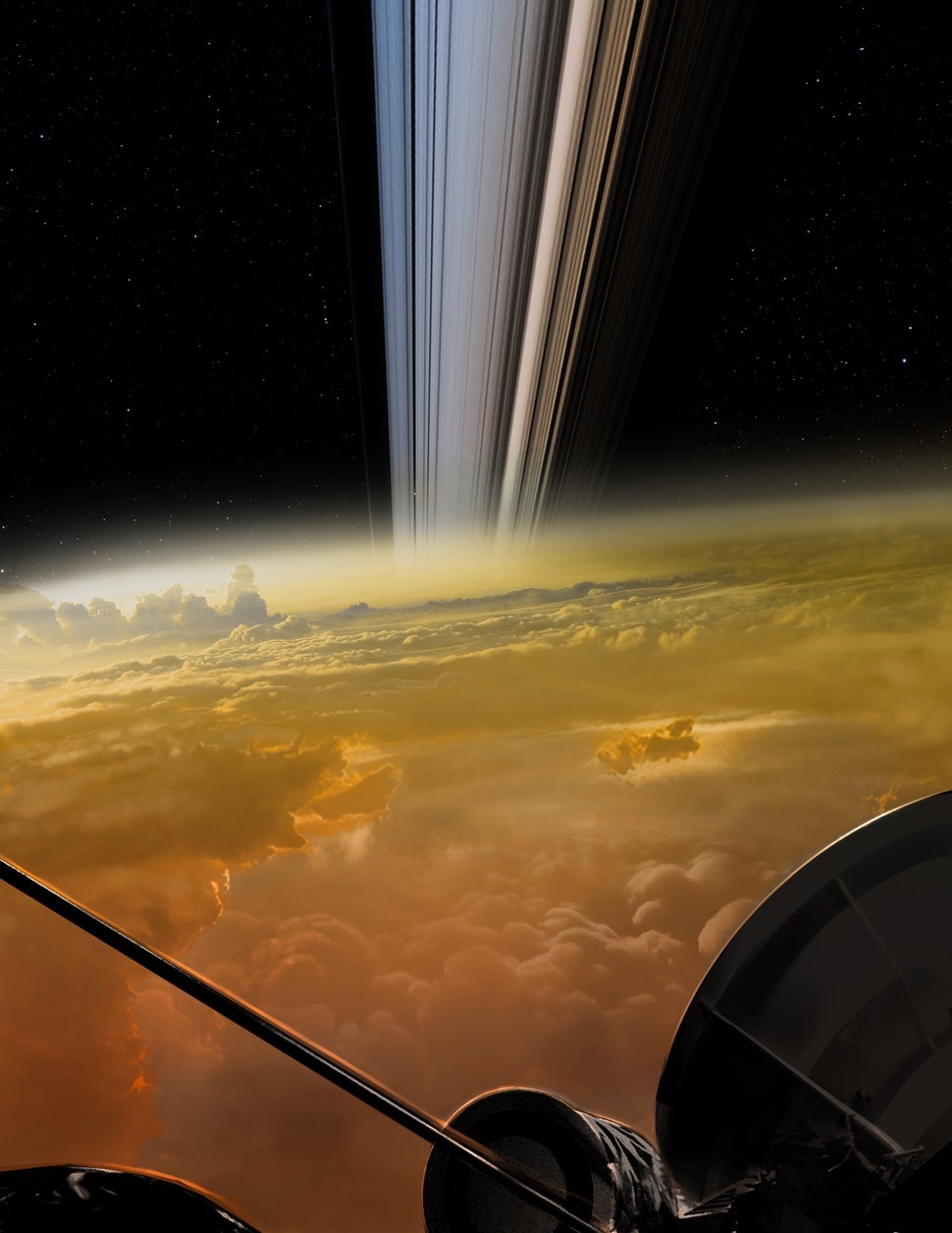 The image has been doing the rounds over the past few days, racking up tens of thousands of views and retweets on social media. But the image was created using computer graphics. Some people have confused the image for a real photo simply because it appeared on the NASA website, but the description of the image makes it clear that it’s just an artist’s depiction:

This artist’s concept shows an over-the-shoulder view of Cassini making one of its Grand Finale dives over Saturn.

The Cassini probe was a joint project between NASA, ESA (the European Space Agency), and the Italian Space Agency and was launched on 15 October 1997. It took six years and 261 days to get to Saturn, and Cassini spent just shy of 20 years in space. The “Grand Finale,” which is what the artist was depicting in the illustration above, involved risky passes in between the planet and its famous rings. 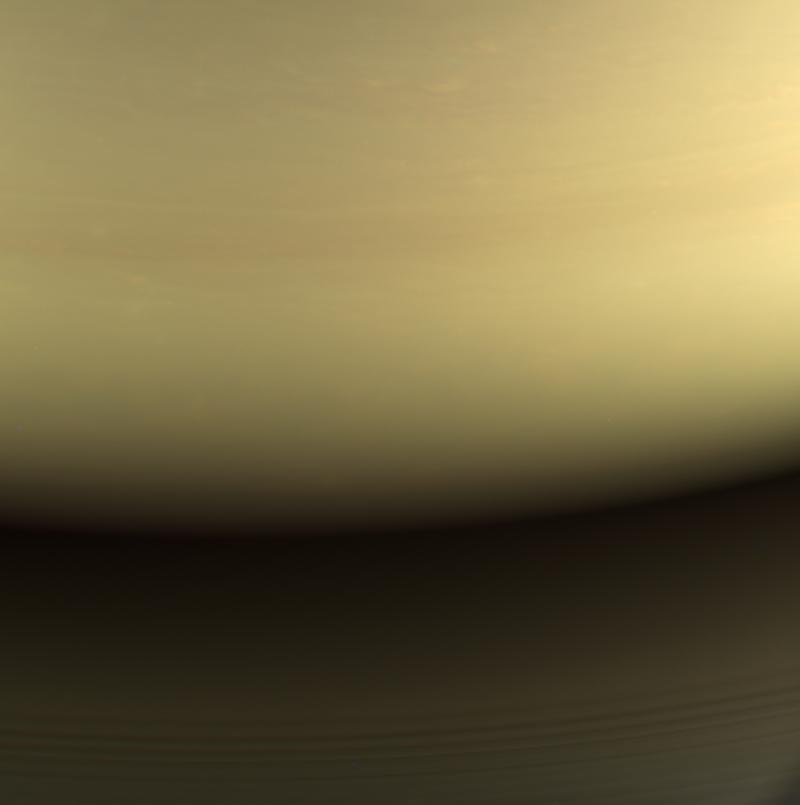 The last image captured by the Cassini probe in 2017 (Photo: NASA)

This location — the site of Cassini’s atmospheric entry — was at this time on the night side of the planet, but would rotate into daylight by the time Cassini made its final dive into Saturn’s upper atmosphere, ending its remarkable 13-year exploration of Saturn.

It’s not quite as fantastical as the artist’s vision for the probe, but it was cool nonetheless. [NASA]