For years, Apple’s mobile devices have been off in their wonderland of proprietary ports while the rest of the tech world did its best to converge on a few simple standards.

I’m talking about the 30-pin connector used on the original iPod and iPhone, which later gave way to the Lightning connector in 2012. And while I do have to give Apple credit for going full USB-C on its laptops a while back, let’s not forget about the old MagSafe connectors Apple was using prior to that.

But today, when Apple announced that its new iPad Pro was ditching its traditional Lightning connector in favour of USB-C, the company set in motion a subtle shift that could see the end of proprietary ports across Apple’s entire range of products.

From a technical standpoint, the benefits are obvious. USB-C offers faster charging and data speeds than Lightning plus USB-A currently offers, and it lets the new iPad Pros do things like send 5K video to an external monitor and even reverse charge other devices.

USB-C also helps simplify the tangle of cable and dongles you currently need to connect all of Apple’s various products together. But with the new iPad Pro, the same cable you use to charge a MacBook can also be used to charge Apple’s fancy tablet. Neat. 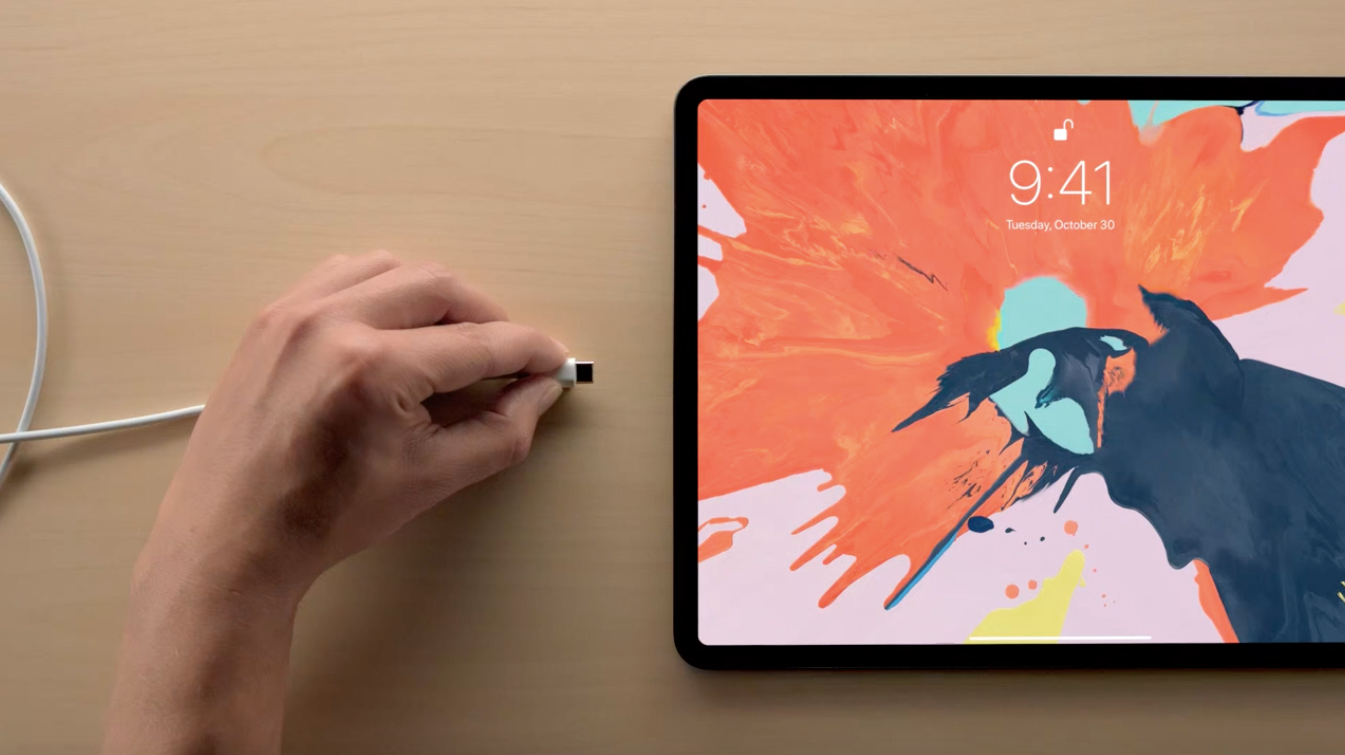 More importantly, now that Apple has finally made the first iPad with USB-C, it wouldn’t make sense not to continue this trend. (Though that hasn’t necessarily stopped Apple from making odd choices before.) We’ve already seen small consequences of this on the new Apple Pencil, which recharges magnetically instead of using Lightning or even USB-C. But the real coup would be what happens when this strategy cascades to the iPhone.

Currently, even a new iPhone XS comes with a charging brick that features USB-A on one end and a Lightning connector on the other, which is far from ideal, especially when it comes to recharging the phone. But if the iPhone and future iPads make the switch to USB-C, suddenly, the only cable Apple folk may ever need to connect all their gadgets is a double-sided USB-C cord.

That’s been the dream of the Universal Serial Bus all along. No more confusion when thinking about which cable you need, they’re all the same. And when you look outside of Apple’s walled garden, this change could make it possible for iPhone and Android people to live together (slightly) more harmoniously. The days of “Does anyone have an iPhone charger?” simply won’t exist anymore. There won’t be a need to specify.

That said, aside from Apple putting USB-C on the new iPad Pro, none of this has happened yet. And with Apple’s patents allowing the company to take a cut on every single product made with a Lightning port, fully committing to USB-C could have an important impact on its bottom line. But at least this one little change makes it seem like a total switch to USB-C is a possibility. Maybe.