Chocolate-coloured Labrador retrievers have a 10 per cent shorter lifespan than black or yellow Labradors, according to research published yesterday in Canine Genetics and Epidemiology. Chocolate Labs are also more prone to health problems, such as ear and skin infections, and joint conditions. Labrador retrievers are the most popular dog breed in the UK, so these findings will be of significant interest to owners and breeders, alerting them to potential health problems in this beloved breed. 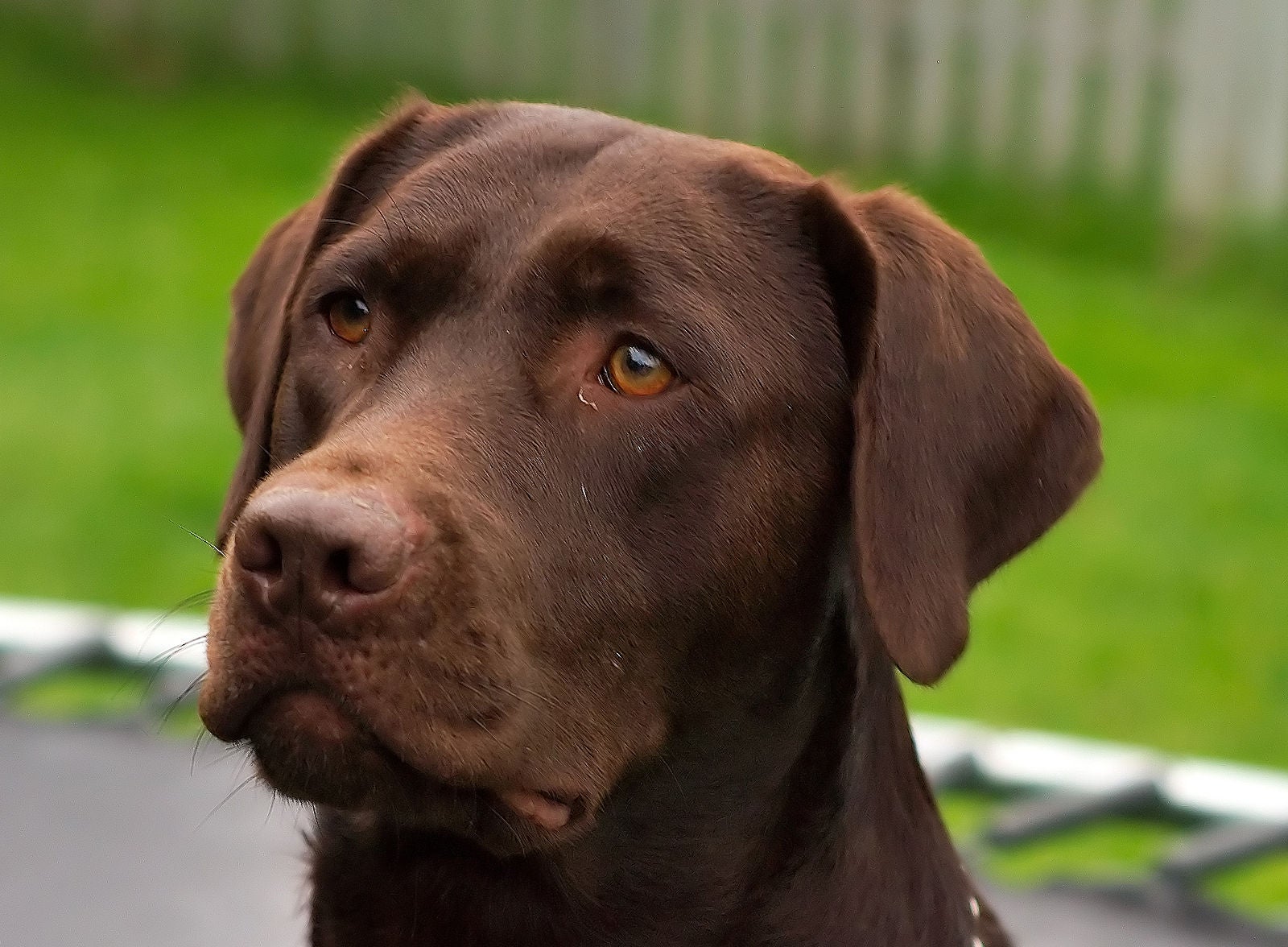 The gene for the chocolate colour, unlike the genes for the black and yellow colour, is recessive in Labradors, which means both mum and dad have to be chocolate-coloured to produce the trait in pups. This dramatically narrows down the gene pool, leading to loss of genetic diversity and the onset of genetic bottlenecks. The authors of the new study, led by Paul McGreevy from the Royal Veterinary College, London, suspect this is the reason why chocolate Labs are unhealthier.

“We were interested in the association with coat colour because chocolate pigmentation is recessive in dogs,” the authors write in the study. “So, if chocolate coat colour is desired in litters, breeders may be motivated to breed from certain lines that may inadvertently increase the ensuing puppies’ predisposition to certain diseases.”

The limited gene pool for chocolate Labs, the researchers say, has subsequently resulted in the proliferation of genes responsible for ear and skin infections, among other health problems.

For the study, the researchers looked at data collected through the VetCompass Program, which gathers electronic patient data on dogs brought to see a veterinarian in the United Kingdom (this study is limited to Labradors in the UK, so variations may exist in other countries). The team looked at data for 33,320 Labrador retrievers, of which a random sampling of 2,074 were selected to assess health problems and mortality. Of the Labrador retrievers studied, 44.6 per cent had a black coat, 27.8 per cent were yellow, and 23.8 per cent were chocolate.

The average lifespan of Labrador retrievers was found to be 12.1 years (which is lower than the previously estimated 12.5 years), but chocolate-coloured Labradors had a 10 percent shorter lifespan than black or yellow Labs, typically living to around 10.7 years. Colour aside, the most common causes of death were musculoskeletal disorders and cancer. The researchers also found that ear infections and skin diseases were more prevalent in chocolate Labradors than non-chocolate Labradors.

“We also found that 8.8 per cent of Labrador retrievers are overweight or obese, one of the highest percentages among the dog breeds in the VetCompass database,” said McGreevy. “There were more overweight and obese dogs among male Labradors that had been neutered than amongst those that had not, but there was no such pattern for female Labradors.”

This observation is consistent with research from 2016 showing that Labrador retrievers have a genetic mutation that causes them to overeat. Obesity can trigger health problems in dogs such as diabetes and cardiovascular disease, but it can lead to other problems as well.

“[Labrador retrievers] are often of stocky build with a tendency to eat beyond their physiological needs, perhaps because of a [missing gene], and can therefore be prone to obesity, a trait that contributes to clinical manifestations of orthopaedic problems, notably elbow and hip dysplasia,” the study authors write.

The researchers caution that the data used in the study only pertained to dogs that were taken to the vet, and that the “demography of an entire population, rather than the veterinary population, may be difficult to infer from clinical data.” This means the researchers don’t have the entire picture, as Labrador retrievers who are not regularly taken to the vet by their owners could have health that varies in some important ways.

As noted, breeding practices and consumer demand for chocolate labs may be responsible for the health deficits observed. Accordingly, the researchers say a similar analysis should be done on pugs and Cavalier King Charles spaniels, as these breeds are also favoured according to the colour of their coats. In terms of what can be done to remedy the situation, Labrador retrievers from other parts of the world could be introduced to diversify the gene pool. Or more practically and humanely, prospective owners and breeders should stop fixating on chocolate-coloured Labs—or just forgo purebreds altogether. [Canine Genetics and Epidemiology]