HP Thinks It Cracked the 2-in-1 Code

At first glance, the HP Spectre Folio looks like any old tablet in a leather case. It’s not outstanding or even very interesting looking. But it’s a very clever device, hiding in an elegant package. When you see it in person, your excitement slowly builds as its design reveals itself to you.

Indeed, if you saw the device below plopped on someone’s desk, you might rightly identify them as an aesthete with great taste in accessories, but you wouldn’t think anything of what’s inside. It’s just a leather folder. There could be a yellow pad of paper inside for all you know. 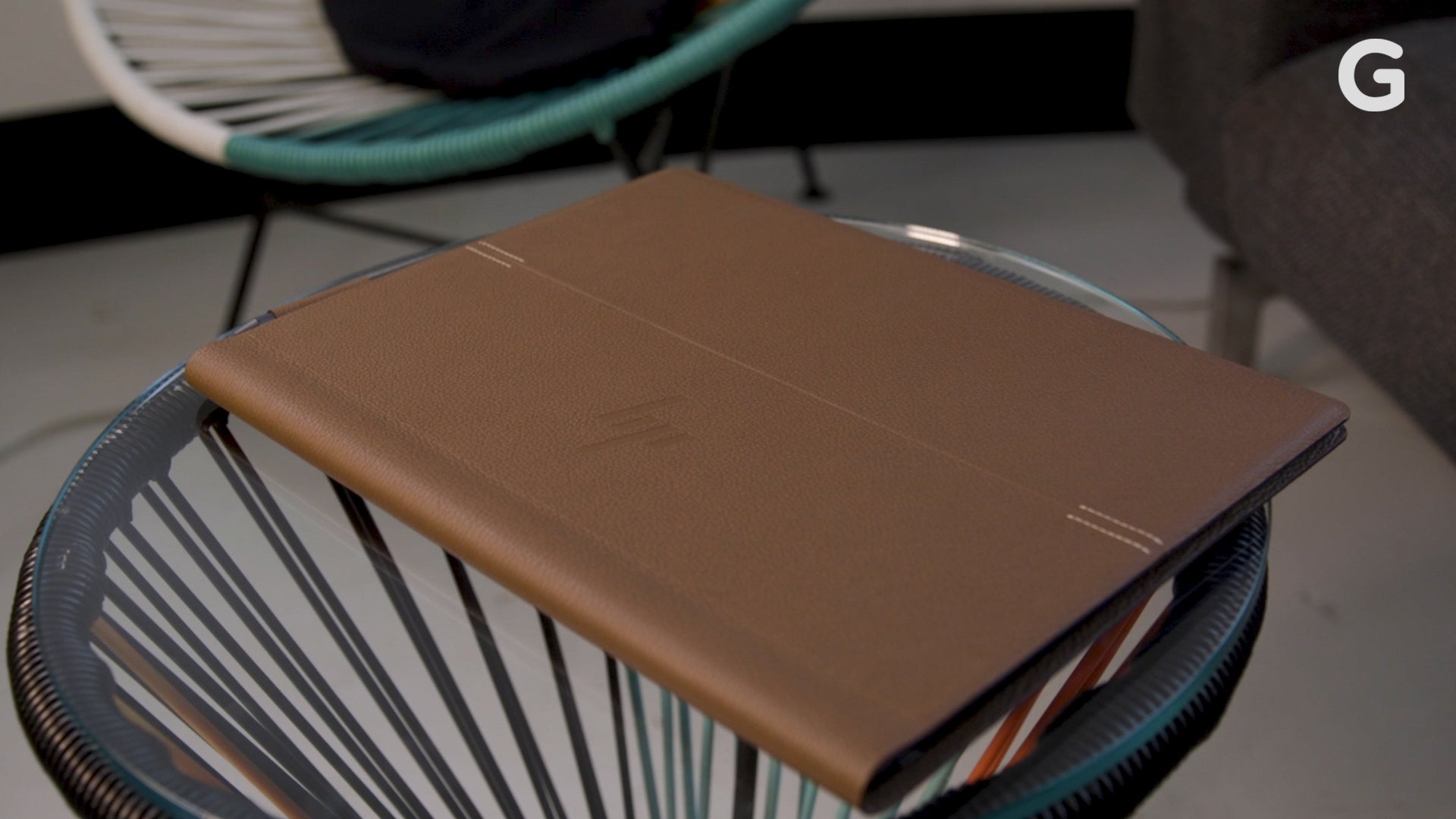 Then you open it up, and it’s a laptop. And sure, it’s got a leather palm rest and a decent 1080p display, but you’re probably still not sure what the fuss is about. 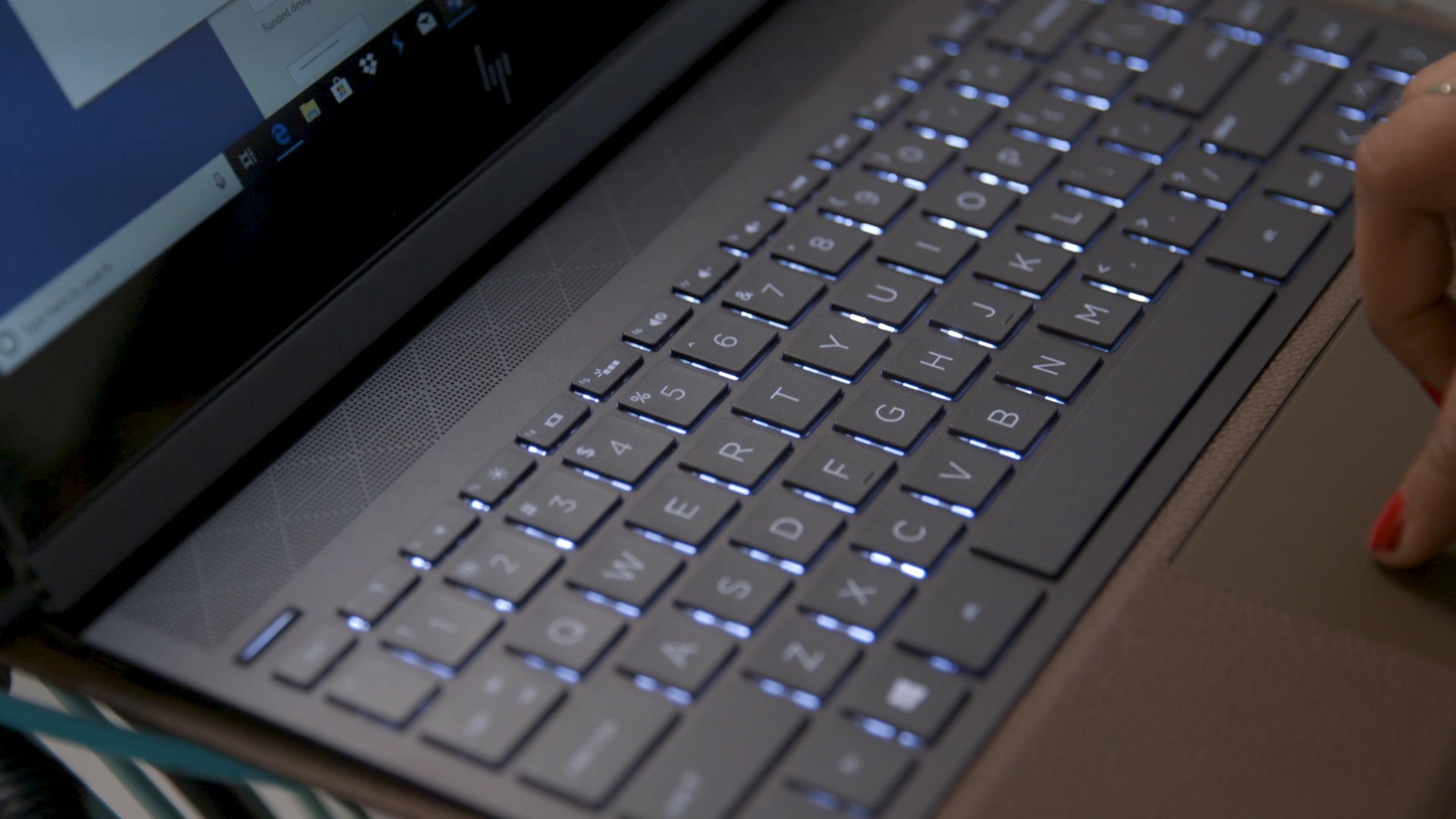 That’s when you notice that there is a second leather hinge about halfway up the back of the display. As the display moves forward into a standard movie mode that you might use when watching flicks in bed or on the road, the touchpad remains usable so you aren’t forced to navigate Windows by touch. Huh, that’s neat! 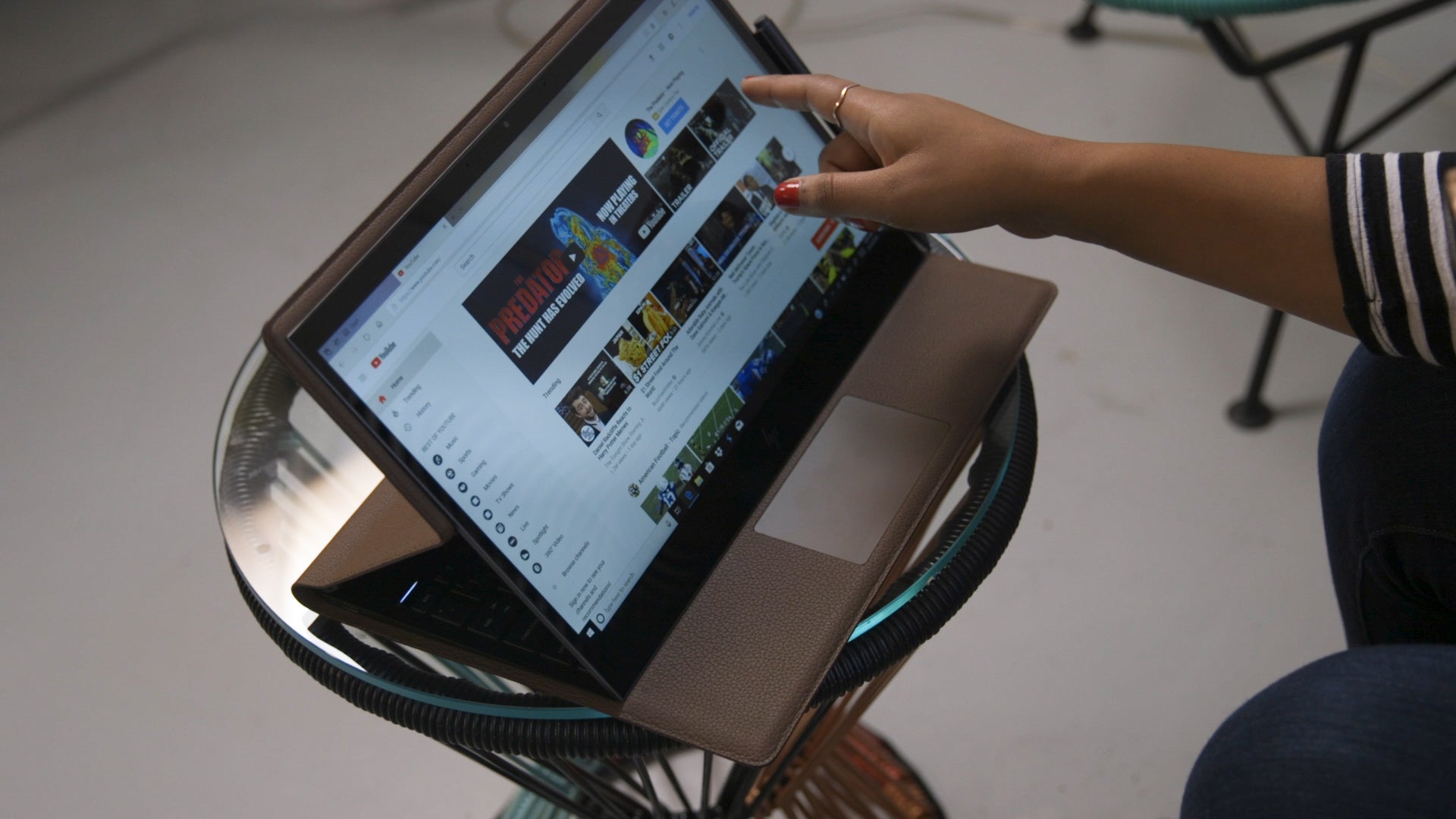 Finally, it slips into the final traditional tablet mode, the display not entirely covering the keyboard and lying nearly flat. And that’s when, if you’re like me, you’ll admit that the Spectre Folio is actually pretty impressive. 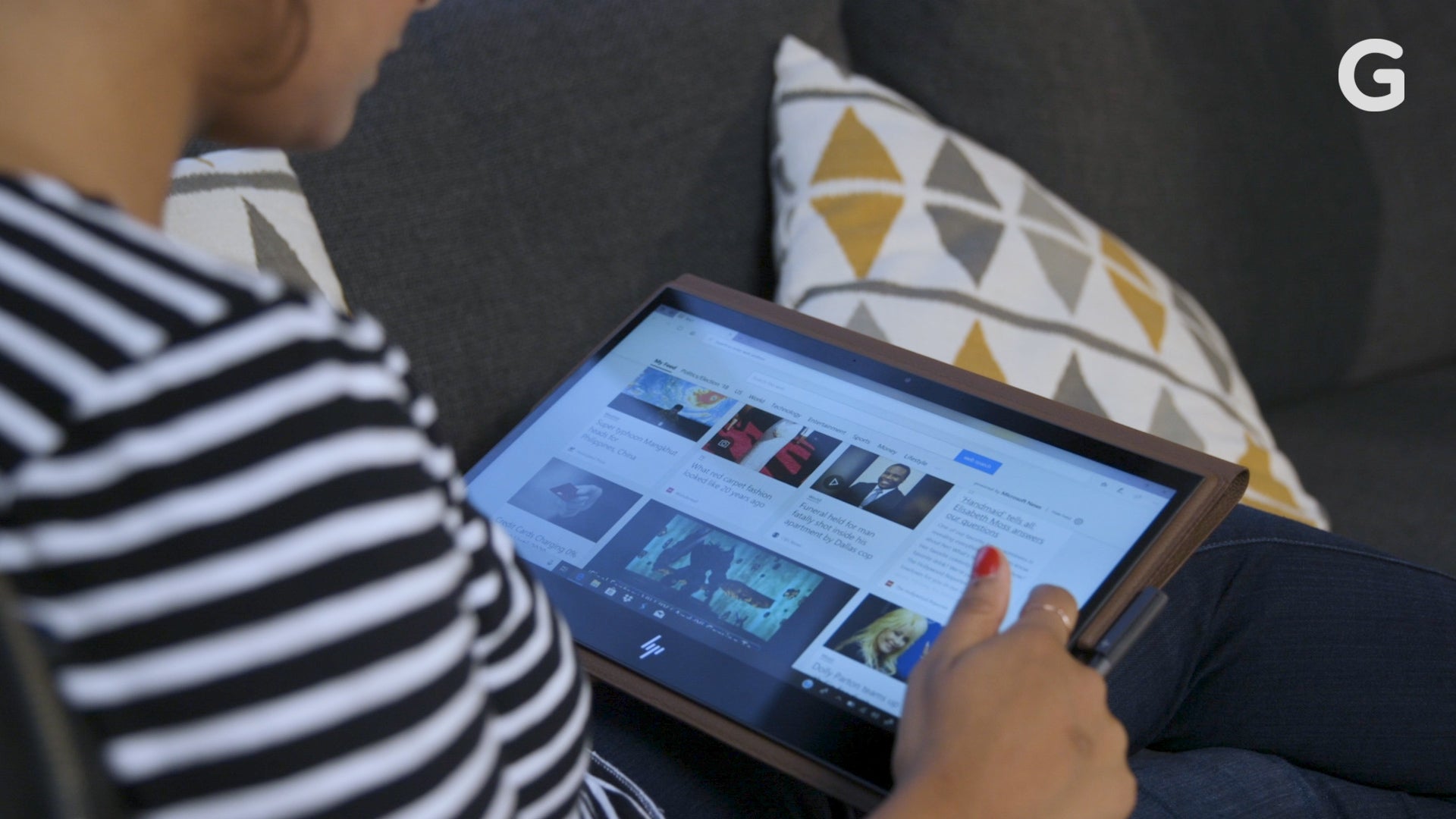 Stacey Wolfe, HP’s Global Head of Personal Systems Design is unsurprisingly prone to hyperbole when talking about the Spectre Folio. “It is a brand new device,” he told Gizmodo. “It’s a special device. It’s to some degree you can’t even describe it because it’s so unique. It is a device that is transforming and will transform the industry.” Whoa Stacey, easy there!

I don’t know if it’s fair to say it will transform the industry. And that’s not because the Spectre Folio lacks a wow factor, it’s because the device’s freshest idea, that second hinge, is so clever and so natural looking you’re left thinking it already exists. It’s only when the Spectre Folio is in motion that you appreciate Wolf’s enthusiasm. I’m excited to see what riffs on the concept play out over the next couple of years.

But as for this particular device, I still have some concerns that can only be addressed with an actual review. First, there’s heat management. HP has packed an 8th-gen i7-8500Y CPU inside this laptop made of leather and titanium. There are no fans in this thing, instead, heat is distributed through the leather and the metal parts around the keyboard. How that functions in practice will be interesting—especially under high workloads. I’m also curious to see how the adhesive that bonds the leather to the titanium holds up under the constant heat of regular use.

Next, there’s the battery life. HP claims it can go up to 15 hours a day. That’s really impressive, and admittedly much of the base of the device is reserved for a 54.28WHr battery. In fact, the battery takes up so much space that the guts of the machine itself are all stuck on a single board about the width of the device (which is 12.6 inches) and only about an inch or an inch and a half long. Wolfe notes that when it comes to the design of the device, that board full of guts might be as impressive as the outside. HP had to work in tandem with Intel to make it all work properly.

Otherwise, the specs of the HP Spectre Folio are fairly standard. It has a 13.3-inch 1080p display (configurable up to 4K), 8GB of RAM (up to 16GB), 256GB SSD (up to 2TB), 2 Thunderbolt 3 ports, 1 USB-C port, and a nice backlit keyboard. It’s clearly a product that costs a lot of money—you can feel HP shouting “luxury,” so it’s no surprise that the Spectre Folio, with its Y-series processor and 1080p display, starts at $1,300 (£997; UK availability and pricing TBA) instead of something lower and more agreeable.

We also have some questions about the durability of the leather enclosure. As we’ve seen with Microsoft’s Alcantara keyboards, using alternative materials can lead to unsightly wear. For its part, HP says the leather has been tanned via the chrome method, much like leather found on the upholstery of a car.

We’ve only had a few hours to play around with the device, and can’t say for certain if that hinge is truly as exceptional as HP thinks it is, but stay tuned.