Microsoft announced refreshes to three different computers today and it's proof the company is committed to manufacturing computers, and not just to periodically releasing glitzy overpriced products to showcase Windows. We’re getting the Surface Pro 6, Surface Laptop 2, and Surface Studio 2, all with nice upgrades inside.

But what’s sure to catch your eye is the new colour. While Microsoft will continue to produce and sell products in its now signature platinum colour, it’s also added black to the mix, and both the Pro 6 and Laptop 2 can be purchased in the nice looking matte black.

The finish feels just a little different than the platinum. It’s got a tackiness to it. Not unpleasantly so though. And unlike other black laptops (Razer) the black finish doesn’t seem quite so eager to display my fingerprints. But that could change after more than a few minutes of use. 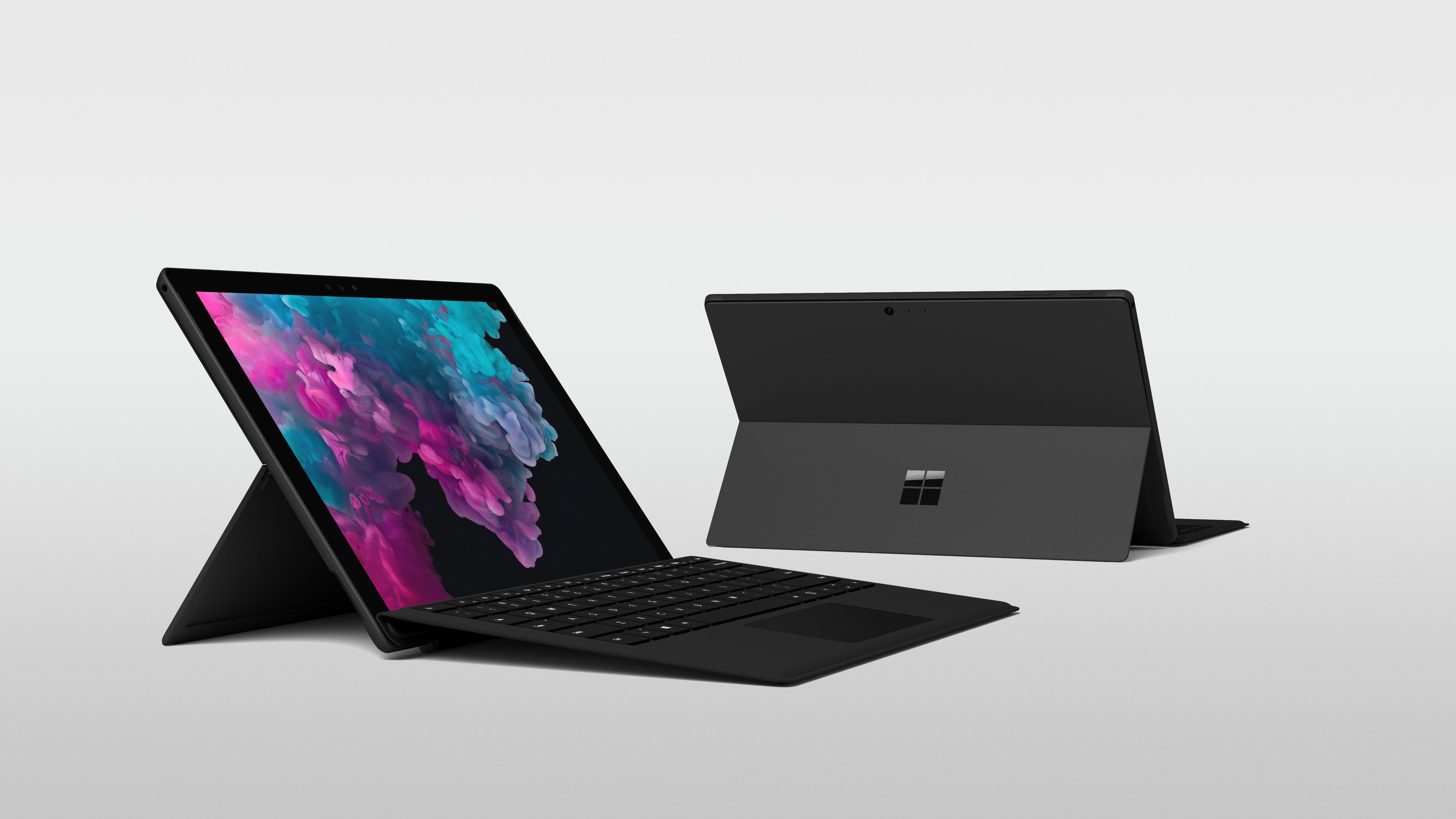 Besides the new colour offerings. Microsoft has also, mercifully, axed the worthless 4GB RAM option that’s persisted in both the Surface Laptop and Surface Pro lines. When we last looked for the best £1,200 laptop we actually had to exclude the Surface Laptop because of its paltry 4GB starting point. That is simply not enough RAM these days, and Microsoft was one of the few companies still asking customers to spend over £1,000 on computers with only 4GB inside.

Otherwise, these devices are virtually identical to last years’ models. Same 3:2 ratio displays, same touch technology, and in the case of the Surface Pro, same excellent hinge. This isn’t especially shocking as there are rumours the Pro line is getting a significant design change next year. 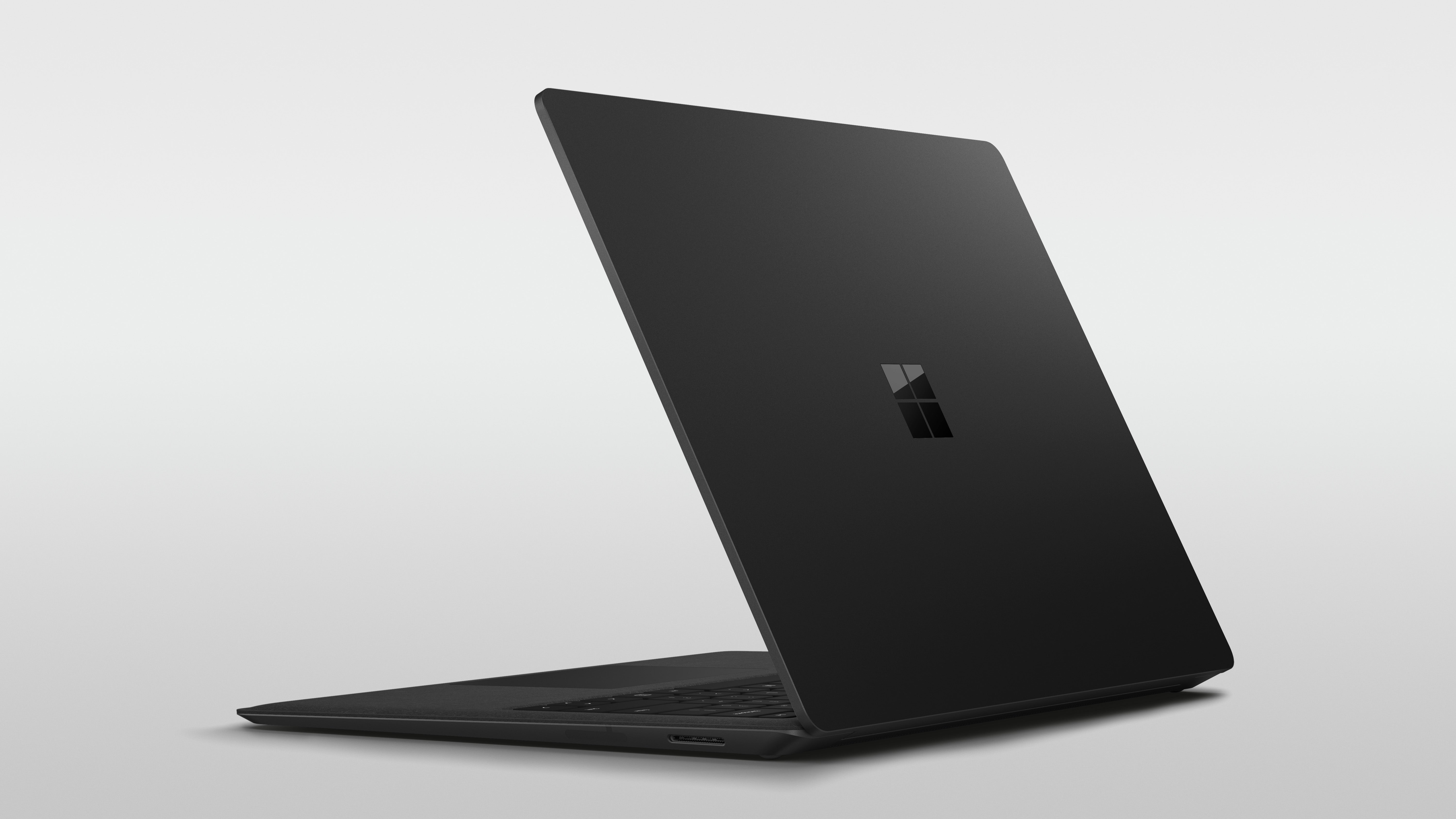 On the outside, the Studio 2 looks virtually identical to the original: A huge touchscreen computer targeted at creative power users. The big changes occur inside, and they’re not as big as many would like. The original Studio came with a 6th-Gen Intel CPU and a wimpy Nvidia 965M or 980M GPU—mobile processors that, as far as Microsoft is concerned, married power well with the Studio’s need to have a small base. The Studio 2 has a faster 7th-gen CPU from the mobile HQ series intended for CPU-intensive workloads—so that love of mobile processors hasn’t gone anywhere. And admittedly the 7th-gen HQ series are beefy processors! Yet the 8th-gen HQ processors are even beefier. It sort of feels like Microsoft shot itself in the foot with its decision to go with last year’s processor. 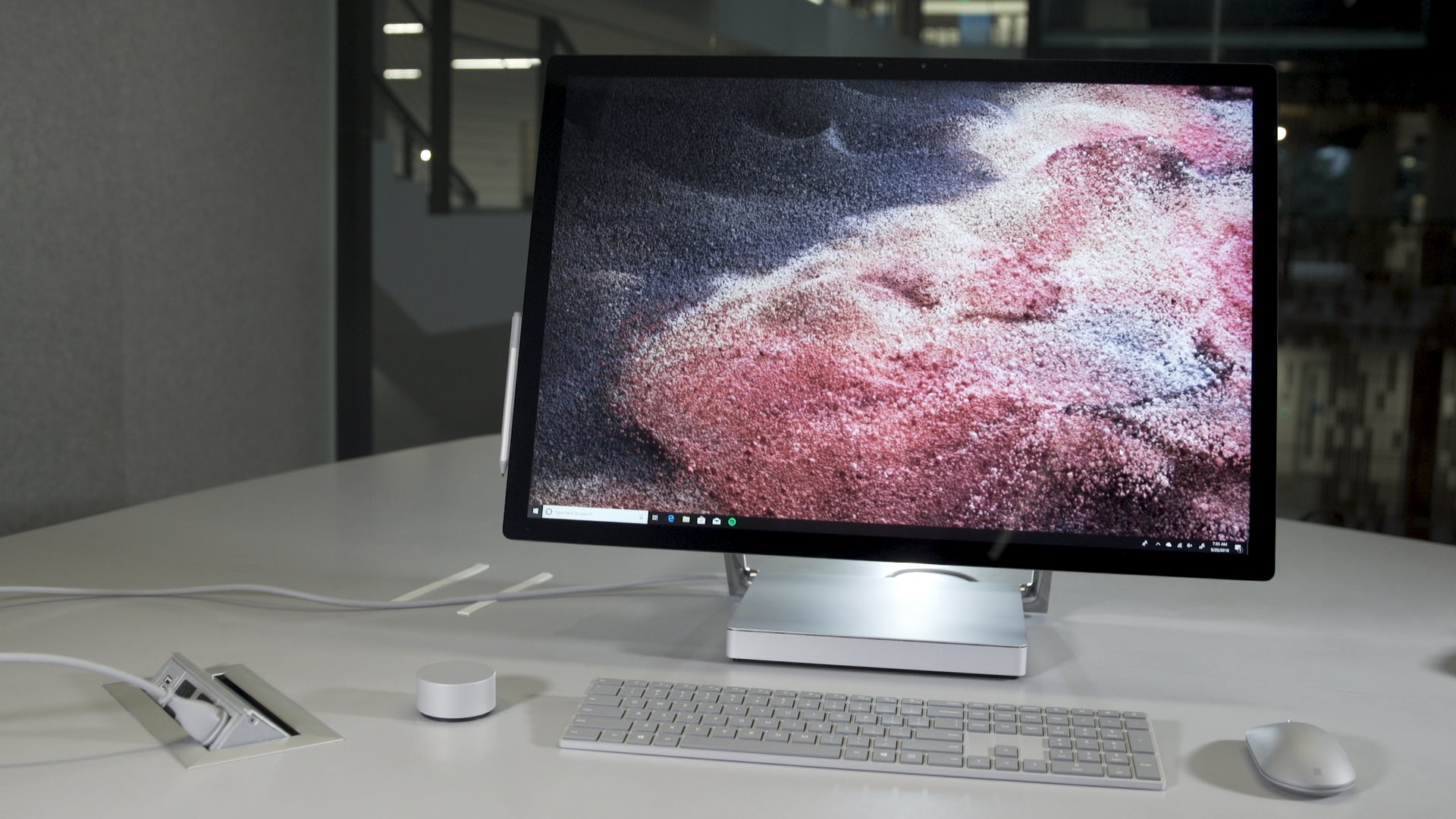 Things are a little less galling on the GPU side. The 965M and 980M were notably outdated when the original Studio launched, so it would have been downright stupid on Microsoft’s part to keep them for the Studio 2. Instead. it went with the 1060 or 1070. Those are currently some of the fastest GPUs made for mobile devices today, so at least one part of the Studio won’t feel outdated.

Microsoft also claims the LED display technology is different, which means the screen should be up to 40 per cent brighter and should have much deeper and richer blacks.

The prices of some of the new devices are, thankfully, in the same range as the previous generation. The Laptop 2 will start at $1,000 (£770) in the US, and the Surface Pro 6 will start at $900 in the US (£693). We are still waiting for actual pricing information on the Studio 2, but it’s reasonable to assume that it’ll be priced similar to its predecessors. Which means the Studio 2 will start at $4,200 in the US (£3,235). We'll provide info on UK pricing and availability for all three devices soon.