Madagascar’s history contains some truly enormous animals, from giant lemurs to giant tortoises. The island was also home to 10-foot-tall flightless birds, which sadly disappeared hundreds of years ago. But how we humans classified those birds was, well, a mess.

There seemed to be 15 species of elephant birds before this most recent study, but there wasn’t much consideration of how bone sizes might vary between species, nor were there standardised comparisons based on sizes. It’s as if every time some 19th-century explorer came back from Madagascar, he decided he’d found a new species without doing (or having the ability to do) the background science. This has long led to confusion about the taxonomy of these birds. Scientists hoping to figure things out performed a new analysis and ended up with just four species—including a new name for the very largest of the elephant birds.

“This study constitutes the first detailed revision of elephant bird taxonomy for over half a century,” the authors from the Zoological Society of London write in the study published in Royal Society Open Science. This allowed the scientists to classify these huge, extinct birds in a more objective (i.e., less ego-driven) way.

The researchers collected a data set of 346 elephant bird leg bones from museums across the world. These included 97 femora (thigh bones), 162 tibiotarsi (middle leg bones), and 87 tarsometatarsi (lower leg bones); bird legs differ from human legs thanks to evolution, which essentially fused some of what we’d call heel bones with the shinbone into an avian middle leg, and fused what we’d call foot bones with other heel bones into a third leg segment. Only 82 of the specimens were undamaged—the researchers took the intactness of the bones into account in their analysis. 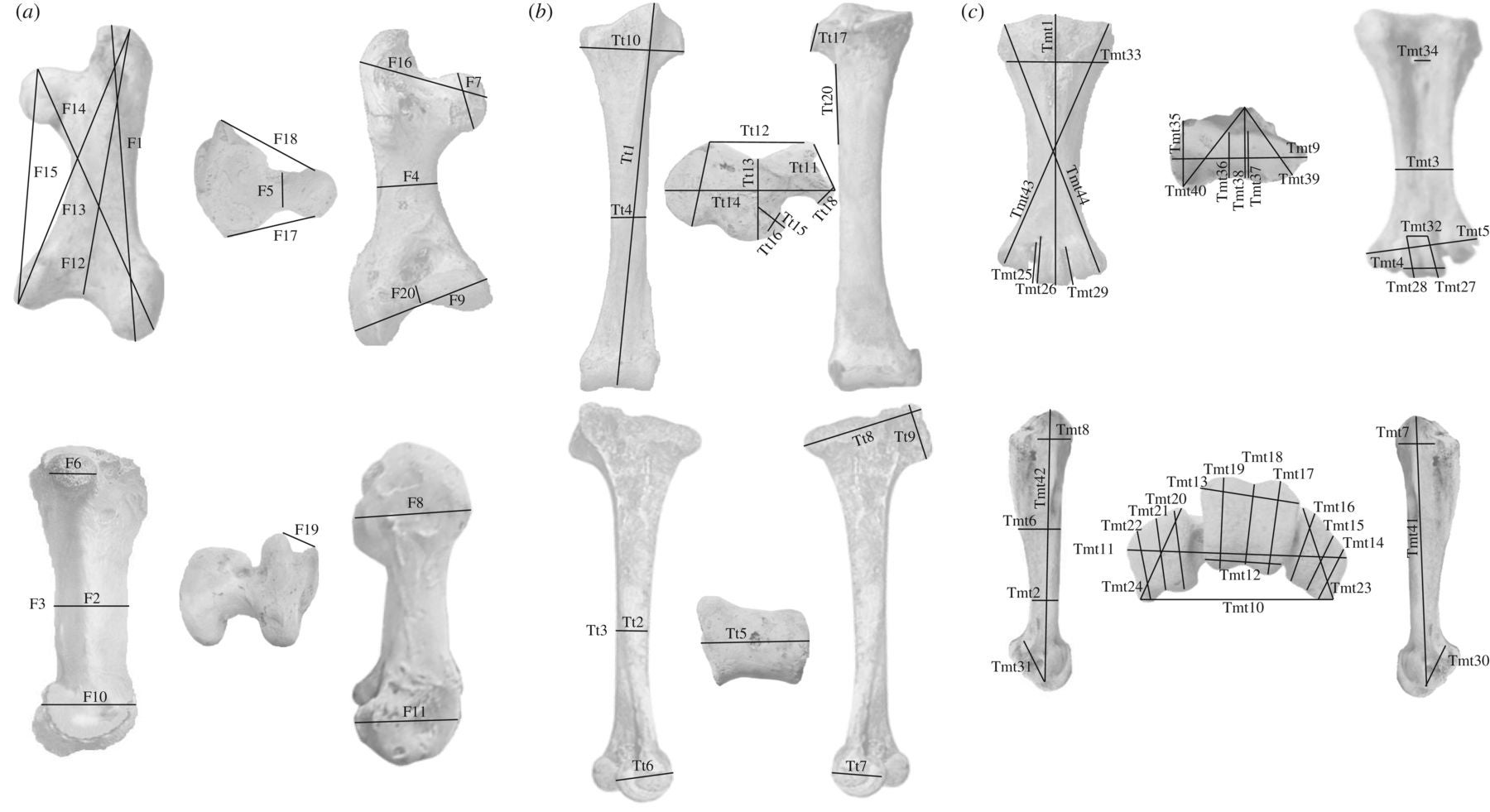 Since Aepyornis, previously the name used for lots of elephant birds, was downgraded, that meant cluster three didn’t have an available name. So the largest elephant birds instead get the name Vorombe titan, from the Malagasy term for “big bird.”

We can only guess at what the elephant birds actually looked like. But at least now their species names are based on a more scientific methodology. [RSOS]