A stunning photograph of America’s Badlands—with the Andromeda and Milky Way galaxies in the background—captured the top prize of this year’s Insight Investment Astronomy Photographer of the Year competition.

This annual competition, now in its 10th year, is run by the Royal Observatory Greenwich in association with Insight Investment and BBC Sky at Night Magazine. The 2018 competition received over 4,200 entries from 91 countries, and it includes contributions from both professional and amateur photographers.

The top prize winner, American photographer Brad Goldpaint, received £10,000 for his stunning photo, “Transport the Soul.” Winners of the subcategories collected £1,500 for their efforts.

Take a look at the winning images for yourself, and bask in all their cosmological glory. 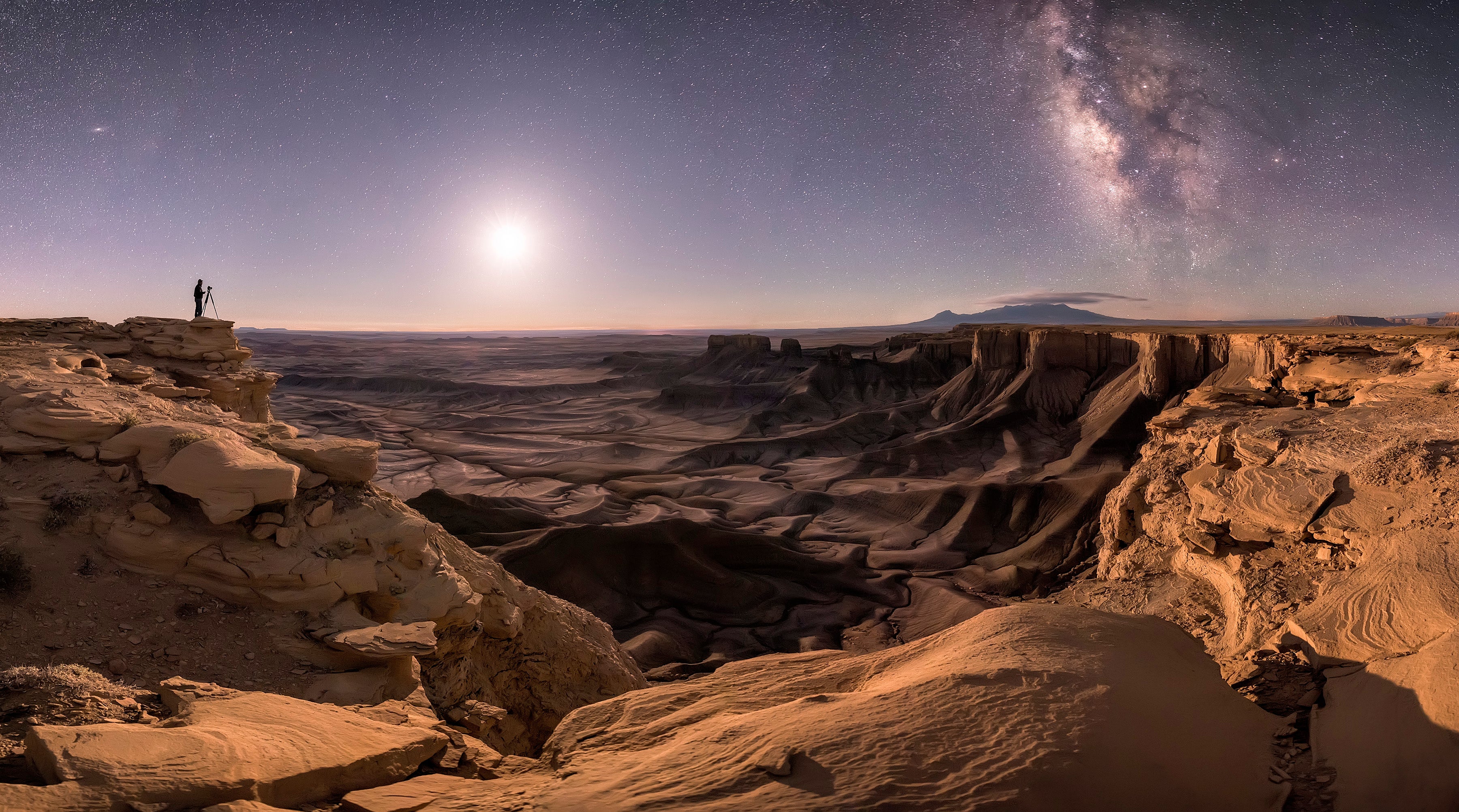 This gorgeous photo by Brad Goldpaint won top prize for the People and Space category and the overall best photo submitted to the competition. Taken in Moab in the US state of Utah, the photo shows a lone photographer, the Andromeda Galaxy (top left), the Milky Way galaxy (top right), and the Moon. 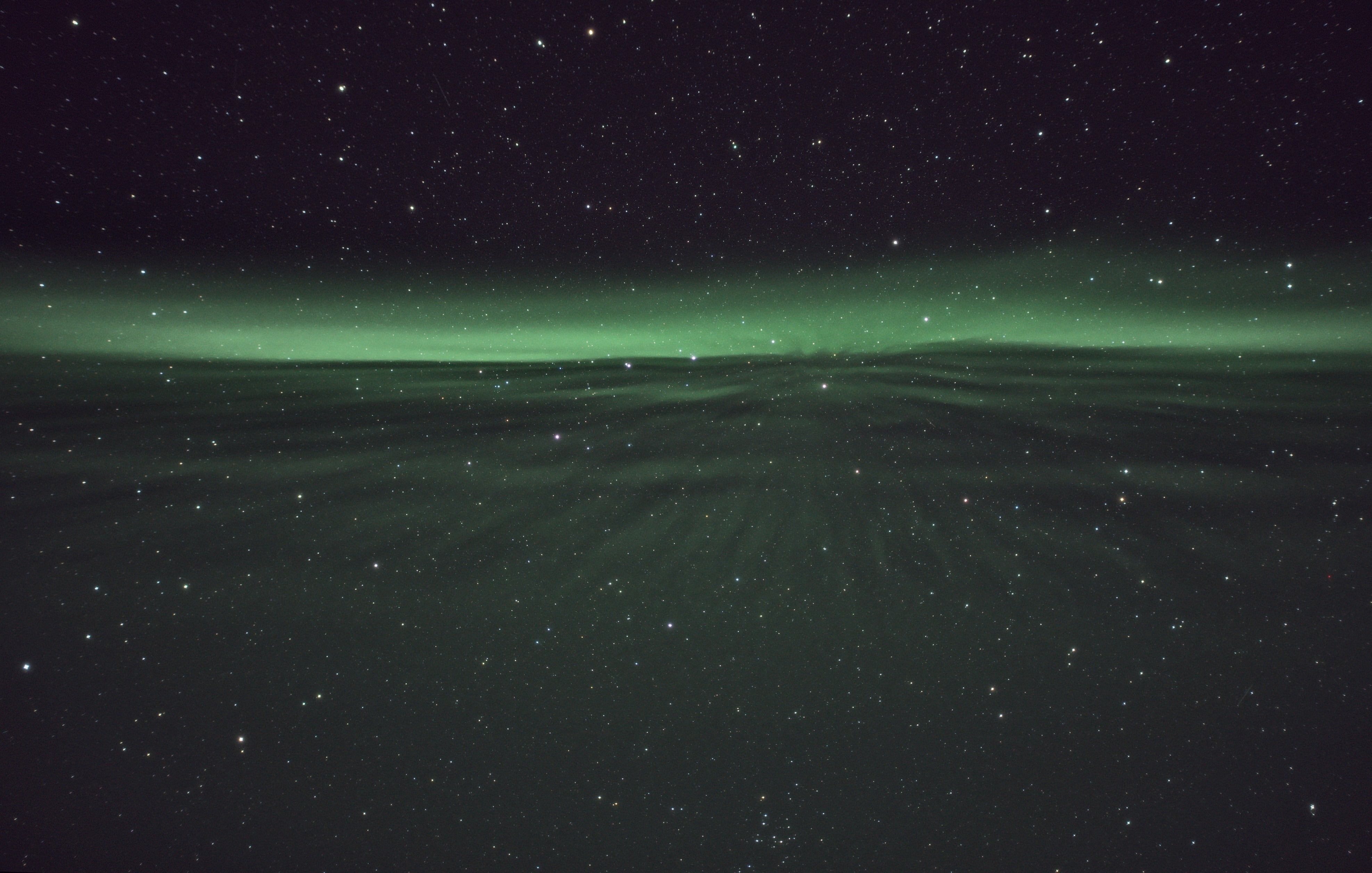 Taken from Sirkka, Finland, this otherworldly photo by Nicolas Lefaudeux was chosen as the best in the Aurorae category. If you look carefully, you can see the Big Dipper constellation at the heart of this aurora, which lasted less than a minute. 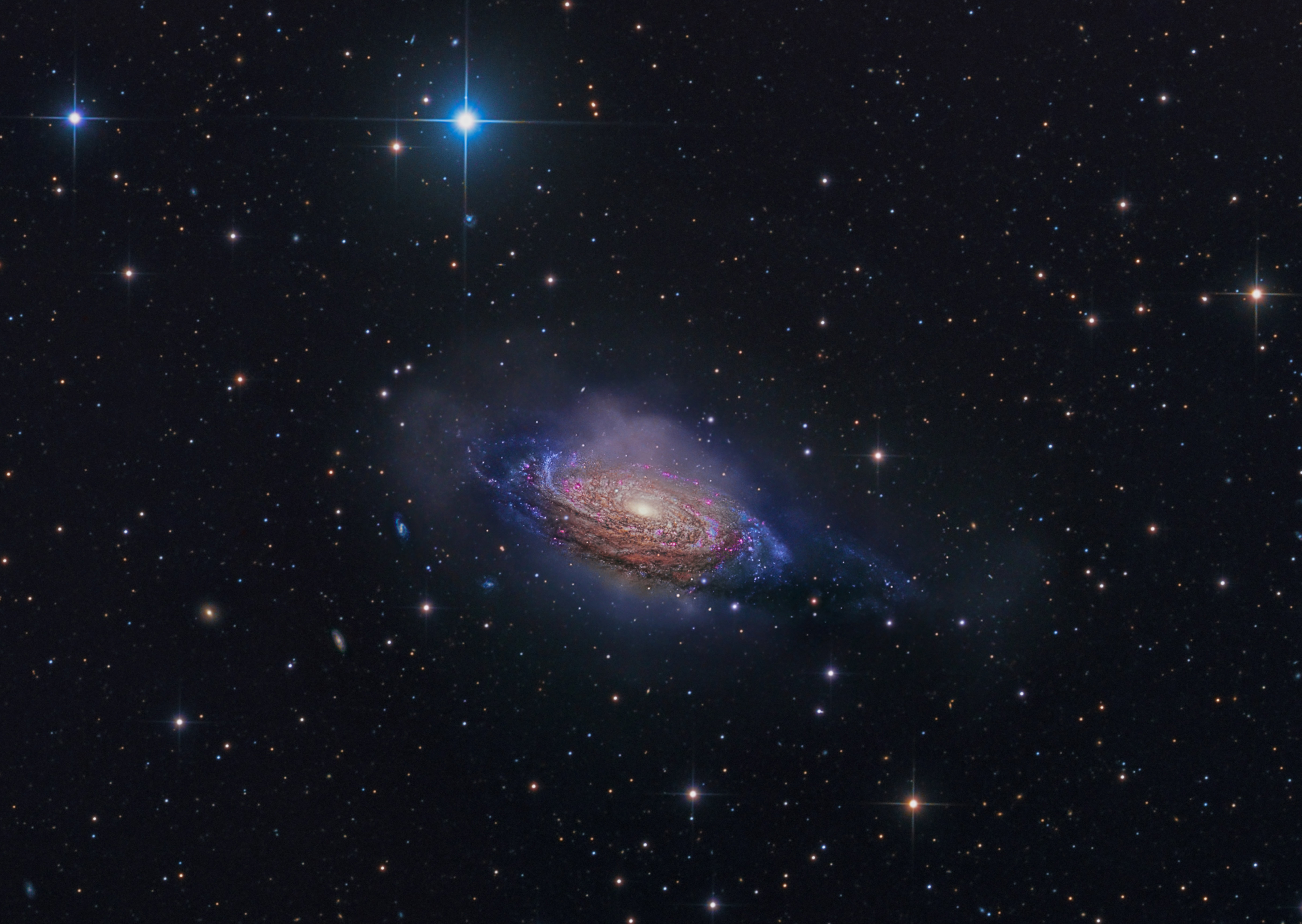 This winning image for the Galaxies category shows spiral galaxy NGC 3521, which is located around 26 million light-years from Earth. The reddish-yellow hues are produced by ancient stars, and the blue-white tones by young, hot stars. This image, taken from Victoria, Australia, comprises around 20.5 hours of exposure time. 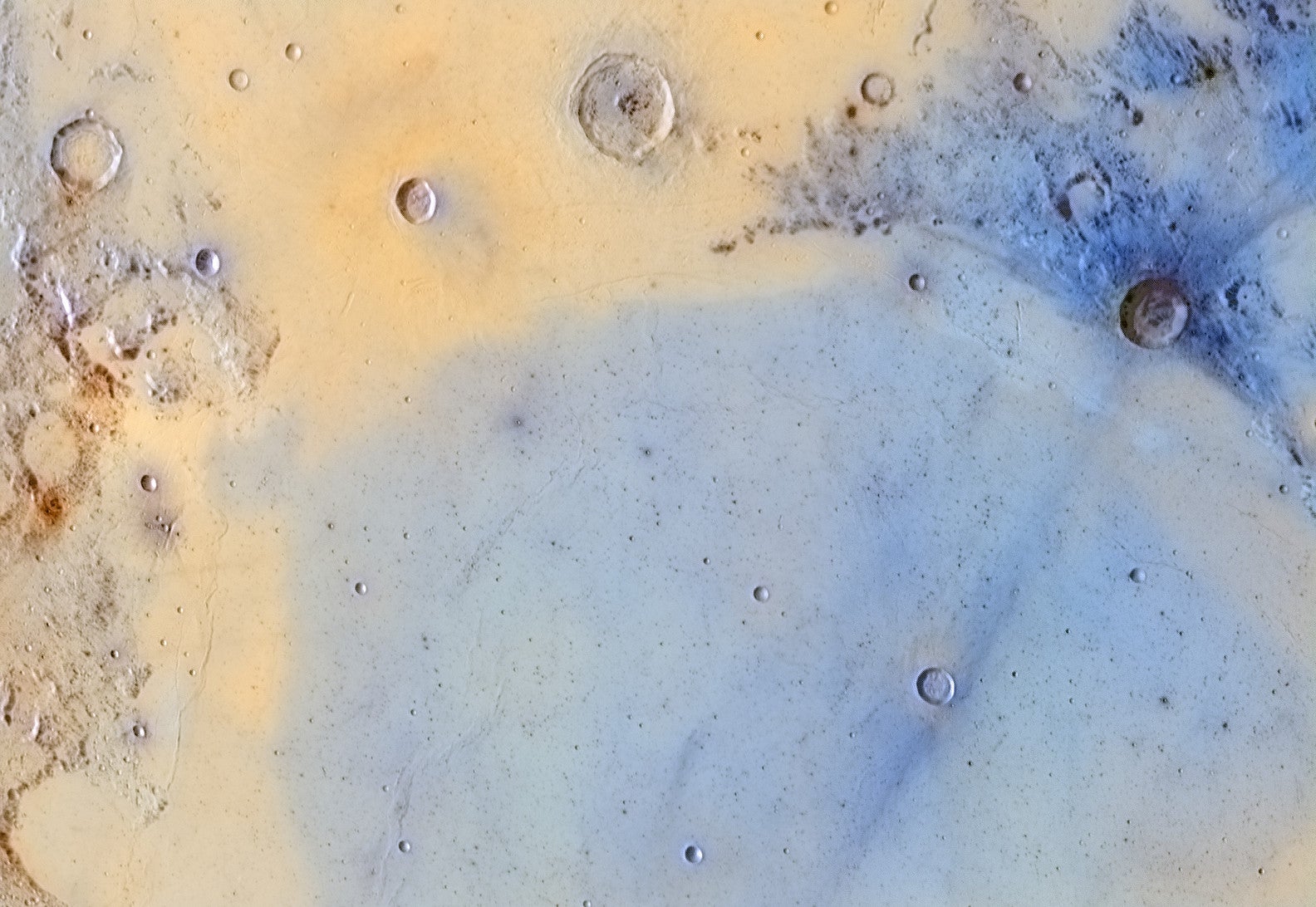 By creating an inverted telescopic image of the lunar landscape, photographer Jordi Delpeix Borrell was able to highlight some of the Moon’s finer details. Taken from a telescope near Barcelona, Spain, the photo won top prize in the Our Moon category. 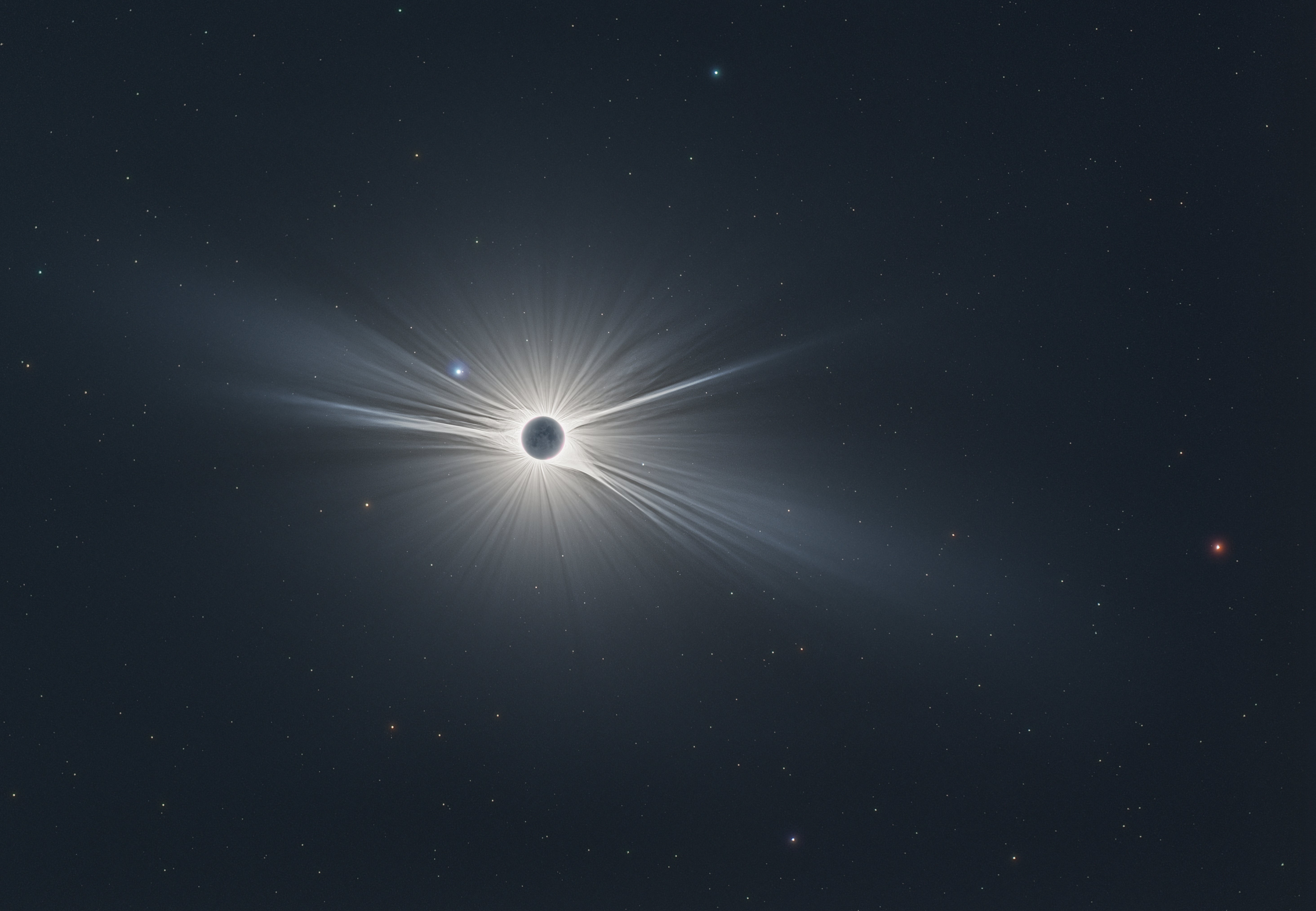 This is definitely one of the coolest shots of the August 2017 eclipse we’ve seen. The winner of the Our Sun category shows the eclipsed moon, Mars (the red dot at far right), and the blue star Regulus (just to the left of the Moon). The total exposure lasted 100 seconds and was recorded in more than 120 individual images. Nicolas Lefaudeux captured this photo from Unity in the US state of Oregon, a location he chose based on weather forecasts. 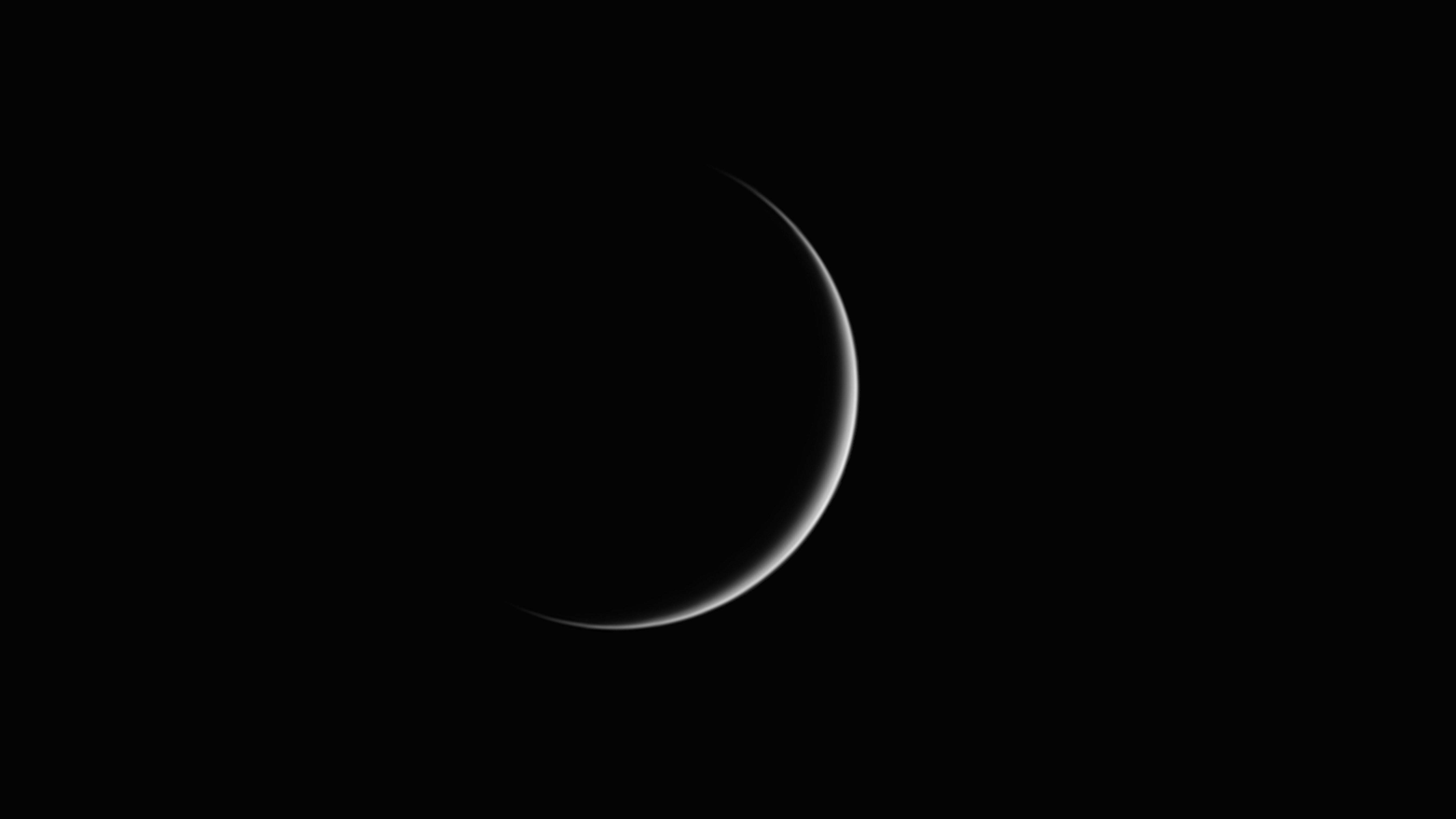 This infrared image of Venus was awarded top prize in the Planets, Comets, and Asteroids category. The photo was captured in St Albans, Hertfordshire. 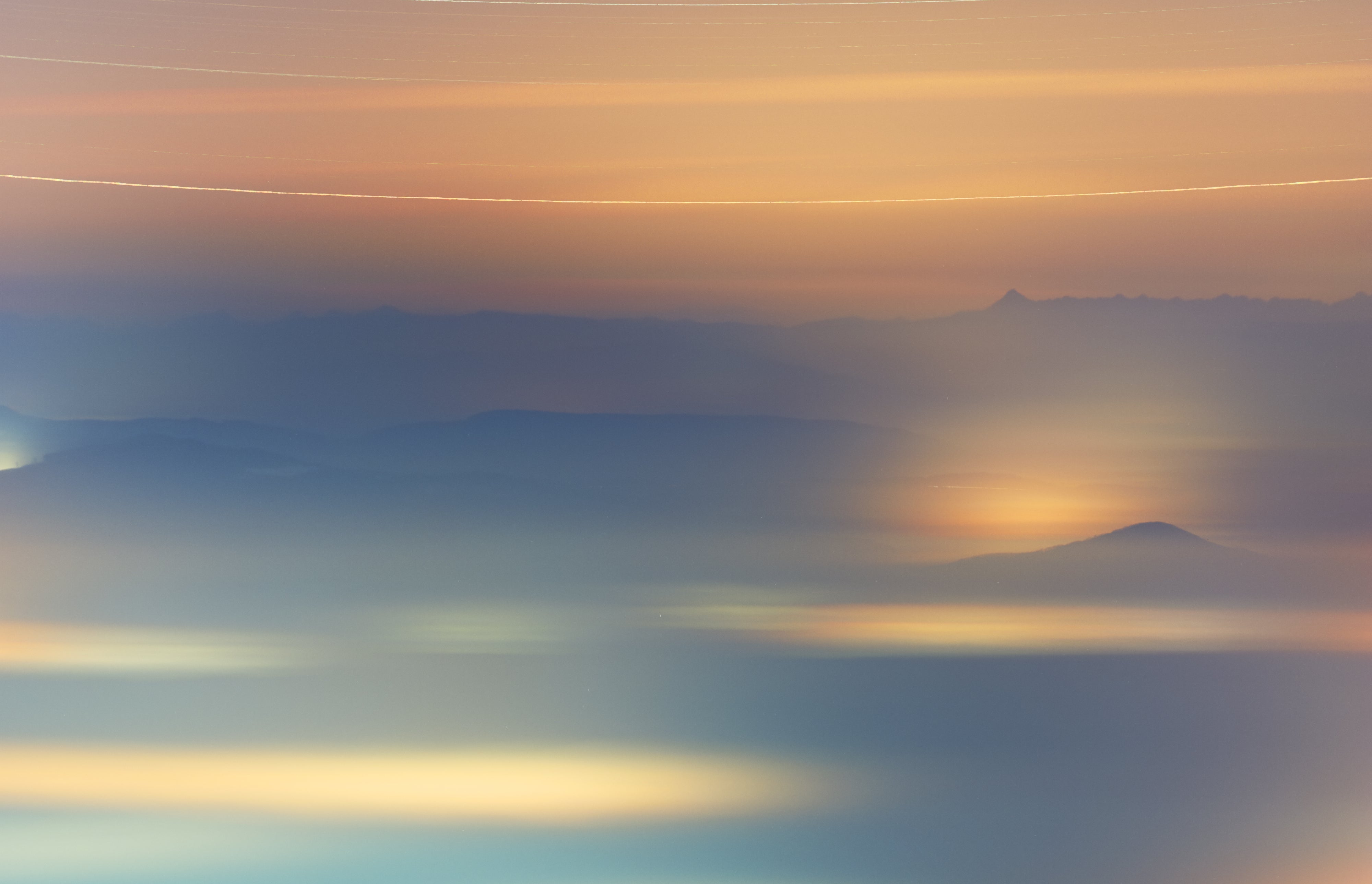 This extra-long exposure taken in Gatyatető, Hungary took half the winter to create. The circumpolar star Almach, also known as Gamma Andromedae, can be seen streaking above the horizon. This photo won Ferenc Szémár top prize in the Skyscapes category. This stunning photo of nebulas NGC 6726-27-29, dark dust cloud Bernes 157, globular cluster NGC 6723, and other celestial objects, was awarded top prize in the Stars and Nebulae category. This six-hour exposure was taken from a farm in Namibia. 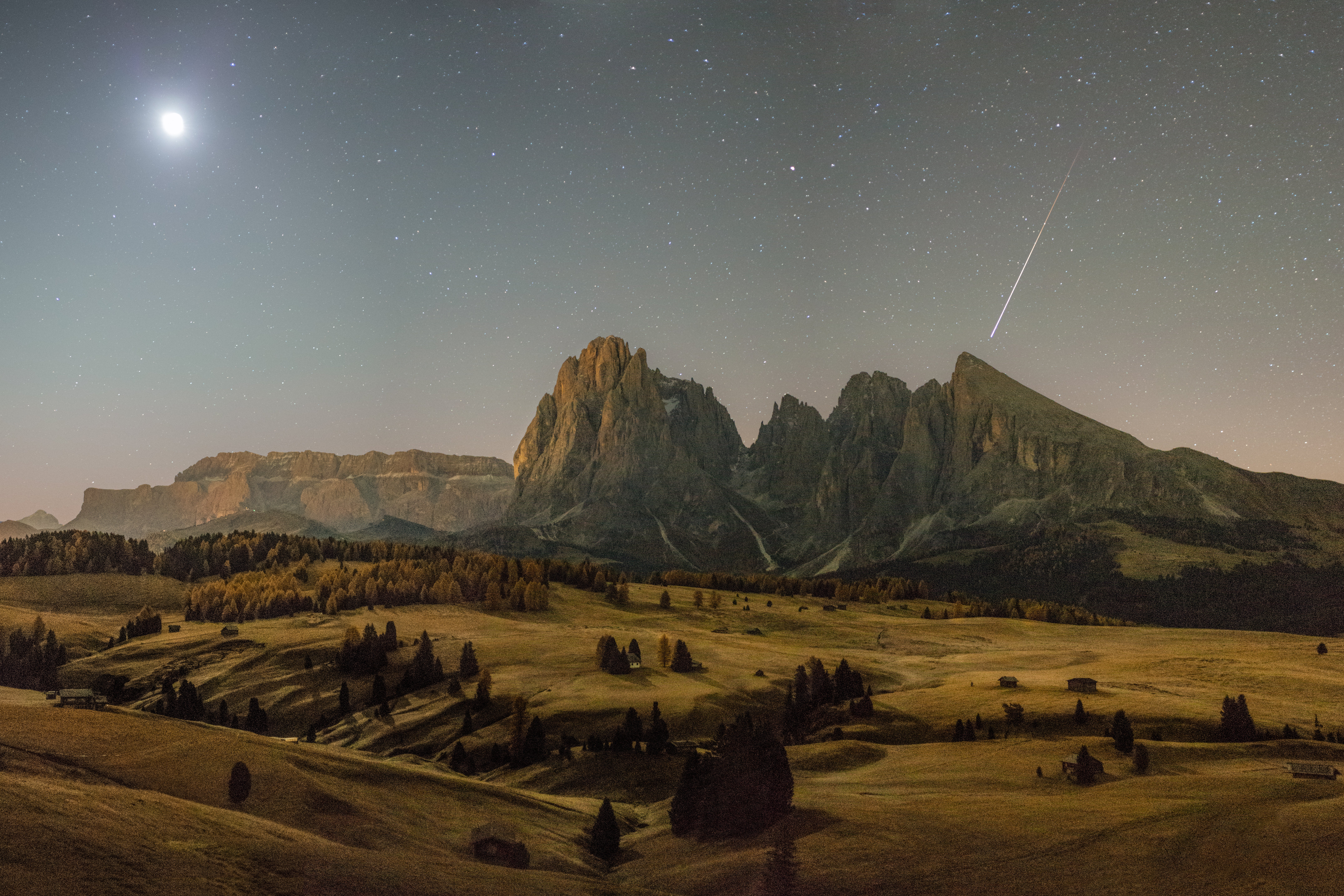 15-year-old Fabian Dalpiaz won the Young Astronomy Photographer of the Year award for this moody image. On an early Monday morning (before an exam at school) Dalpiaz decided to go out and take some images. He got lucky and captured this incredible photograph of a meteor passing over the Dolomites. Tianhong Li was awarded the Best Newcomer prize for this photo taken in Ming’antu, China. 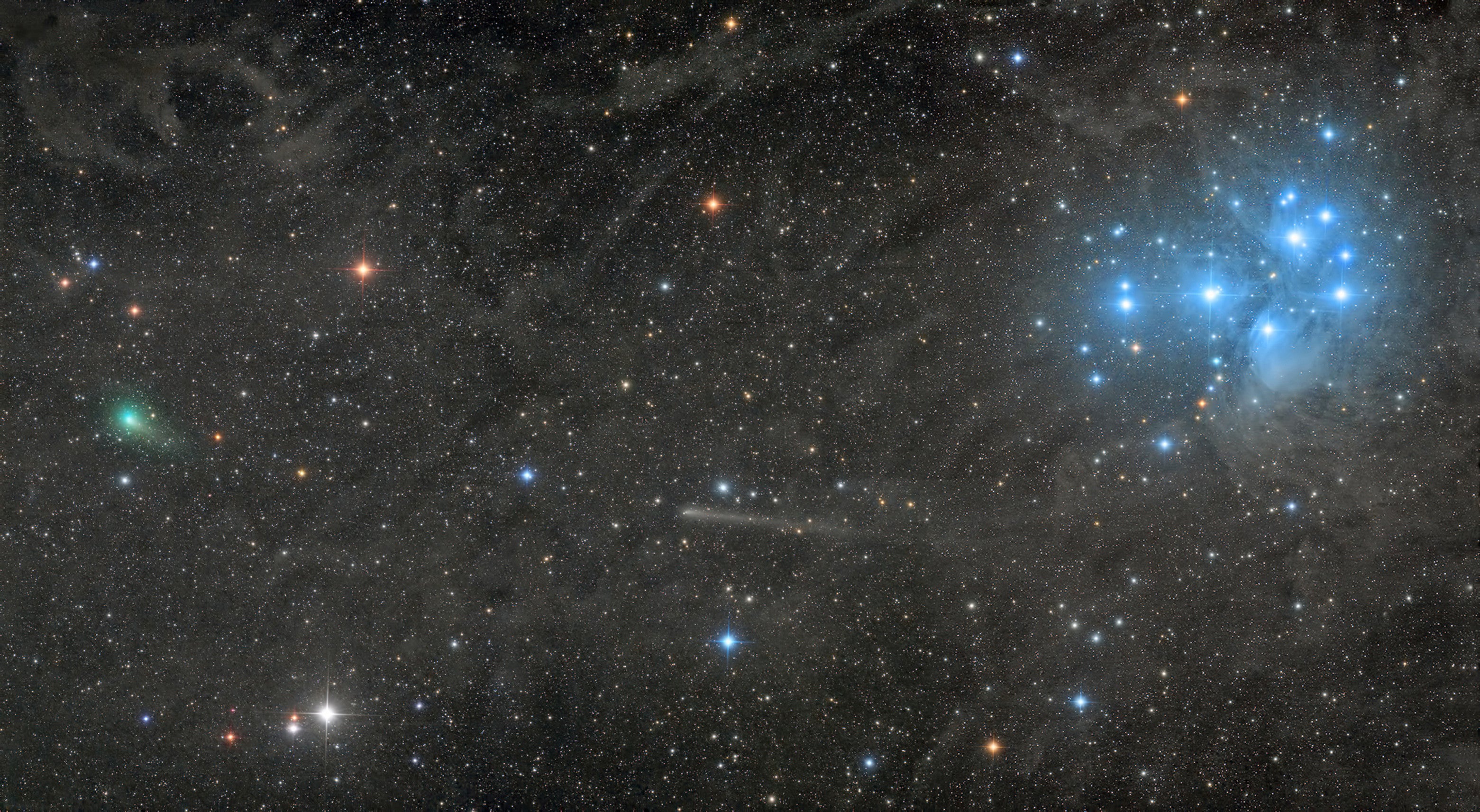 The winning image for the Robotic Scope category shows a very rare conjunction of two bright comets passing the famous Pleiades star cluster in Taurus at the same time. Comet C/2017 O1 (ASASSN) can be seen at far left, while C2015 ER61 (PanSTARRS) is in the centre. Photographer Damian Peach captured the scene in Mayhill in the US state of New Mexico.