The creators of the world’s first 3D-printed steel bridge, a 40-foot stainless steel structure titled simply “The Bridge” that looks tantalisingly otherworldly thanks to its unique construction methods, say it is now ready for installation in Amsterdam following its ongoing week on show at the Dutch Design Week from 20-28 October. 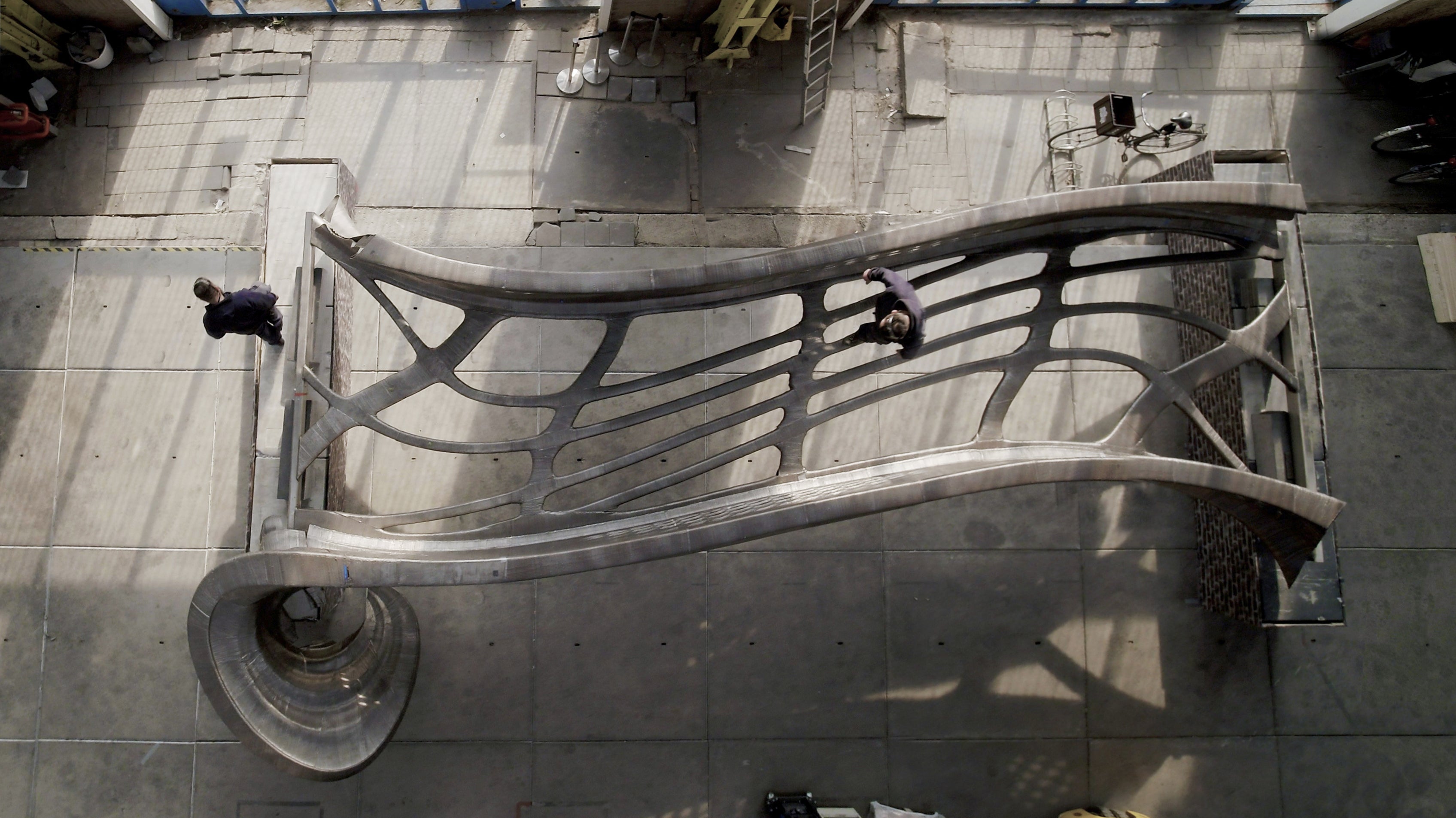 The team at MX3D, which originally planned to build the Joris Laarman Lab-designed bridge in mid-air over a canal but later opted to construct it in a controlled environment away from pedestrians, told Gizmodo in a statement that it is now ready to commence the structure’s final installation in Amsterdam’s famed De Wallen red-light district. They’ve also shared a number of photos from the finished bridge, which is designed to look like two billowing sheets connected by organic curves of steel, on display at the festival. It looks fantastic: 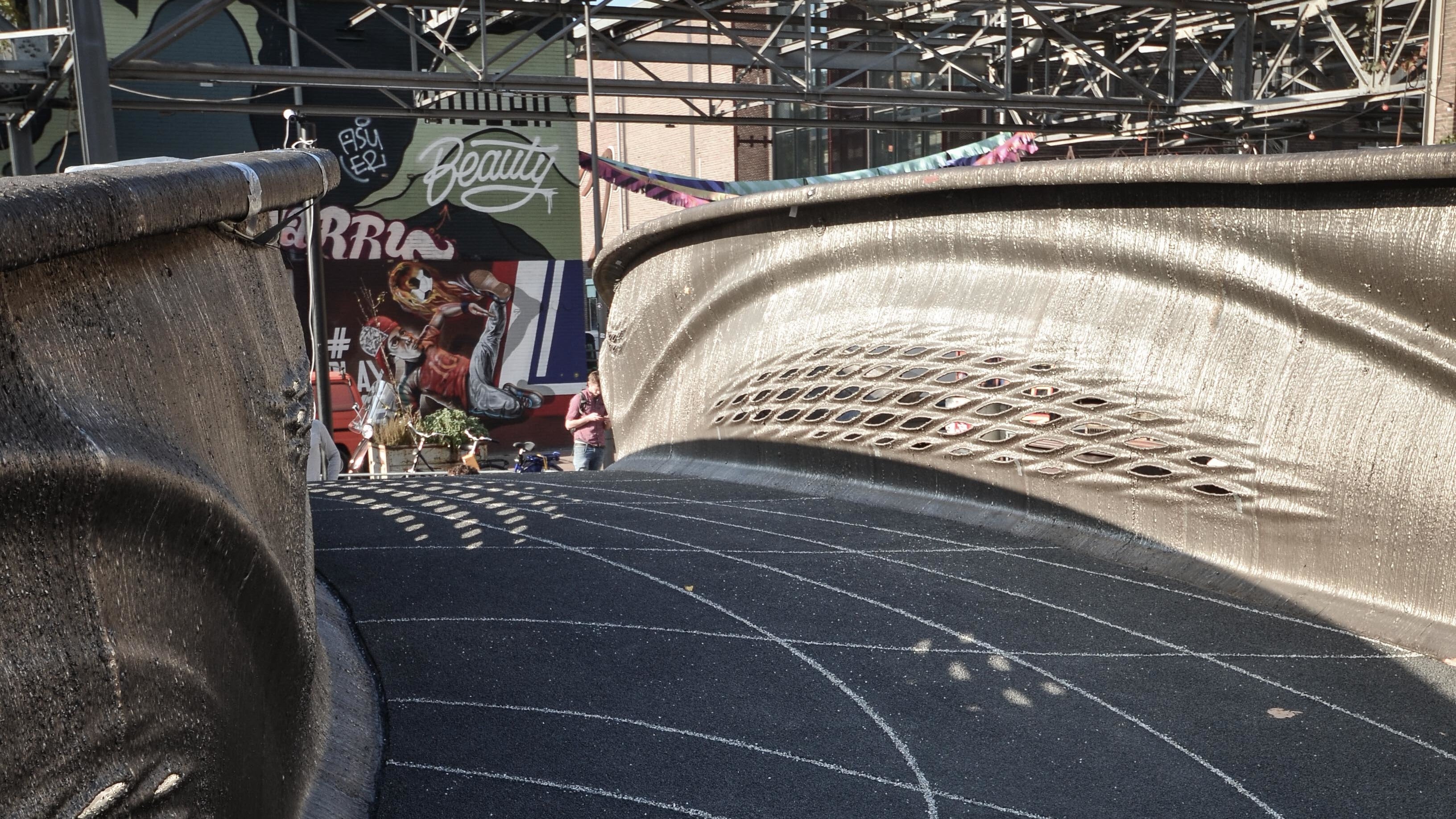 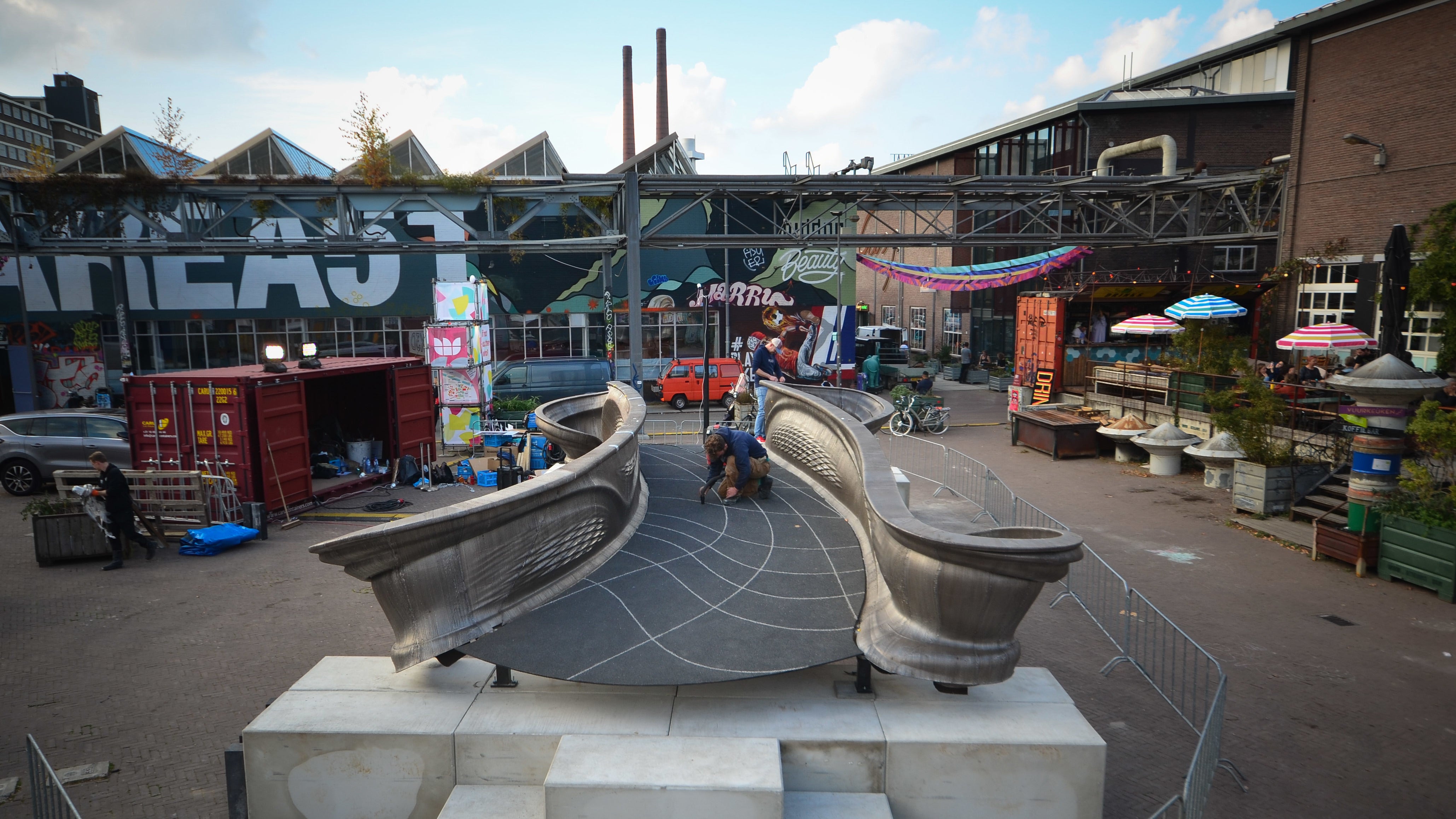 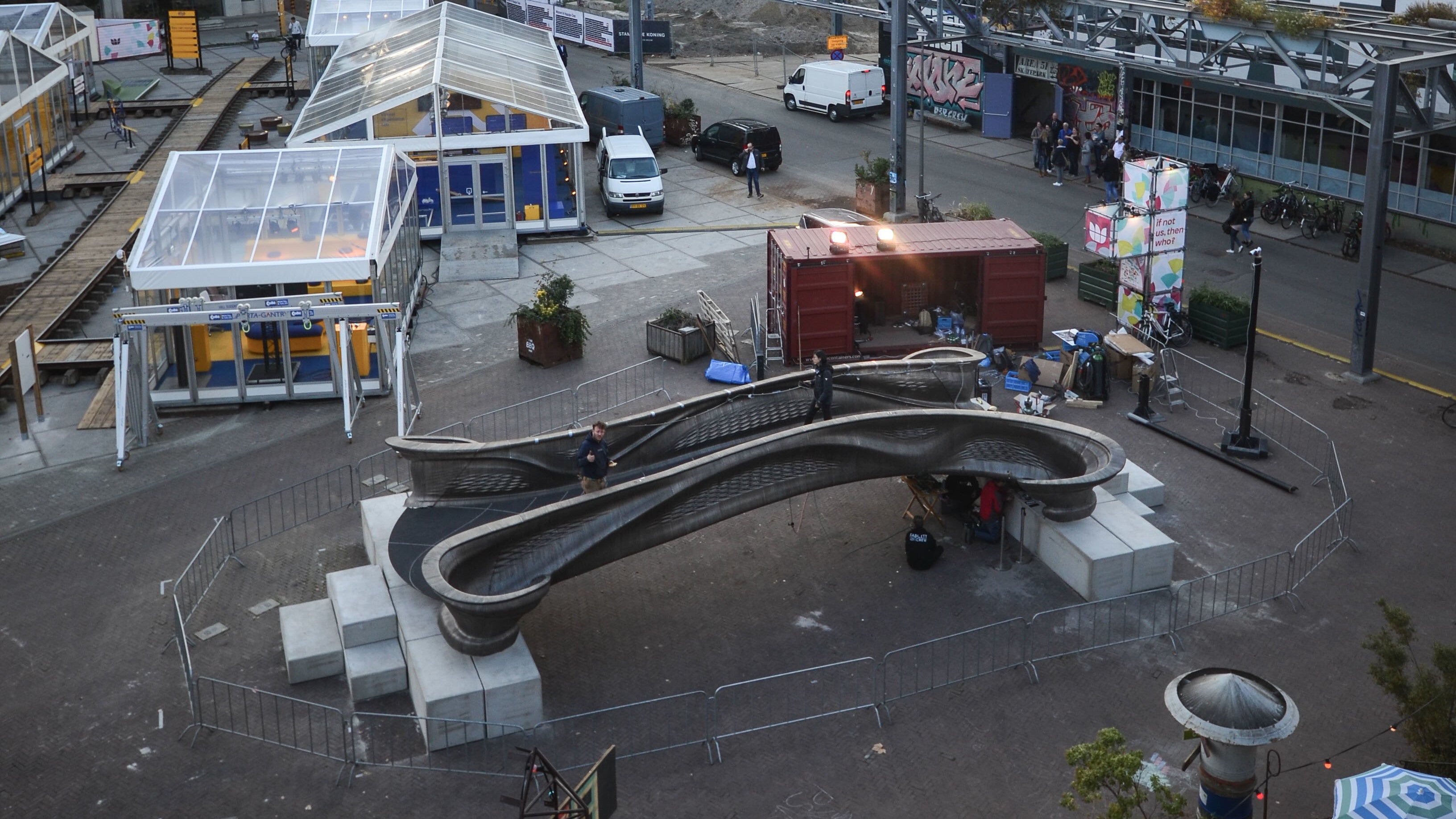 As the construction method is new and has not previously been used in any such large-scale project, MX3D worked with Amsterdam officials to develop a new safety standard and have also coordinated with partners including Britain's Alan Turing Institute to equip it with a network of sensors. MX3D told Gizmodo that once in place the structure will be capable of collecting data on “bridge traffic, structural integrity, and the surrounding neighbourhood and environment,” with the information being “used as input for a ‘digital twin’ of the bridge” that will be monitored to detect any safety issues. A steel deck on the bottom of the bridge should also provide additional stability.

The data could also be helpful designing similar bridges in the future.

“Last Thursday we tested out the bridge with 30 people, and it was fine. It behaves like a bridge like it should,” MX3D co-founder Gijs van der Velden told Gizmodo in an interview earlier this year. “With the bridge deck on top, it will be even stronger.”

It’s not the first 3D-printed bridge: Another project in the Dutch village of Gemert using concrete opened in 2017, though the results were nowhere near as visually impressive. MX3D’s original plan to construct the bridge on-site in mid-air may not have materialised, though the robots it used to apply layers of stainless steel to the structure could be eventually be used to construct stunning facades at building sites that would be extremely difficult or expensive to make using conventional methods. There are also potential commercial applications for the technology outside of construction, MX3D said, such as manufacturing in the maritime and aviation sectors.

Though the Dutch Design Week preview is the best look we’ve had at the bridge yet, and it’s pretty much ready, MX3D says that it cannot be installed at its final location on the Oudezijds Achterburgwal at the crossing with the Stoofsteeg until renovations of the canal are completed. If all goes well, “The Bridge” should be able to be placed no earlier than mid-2019.

“After such a challenging project the MX3D team is proud to be able to invite people to use the bridge for the first time,” van der Velden told Gizmodo in a statement. “This will help us to generate the data we need to make our designs more intelligent every time.”