The world might be on fire, but last week Google published a patent application for “Augmented And/Or Virtual Reality Footwear.” Yes, the Google document describes motorised shoes with wheels on the bottom that keep you in place as you walk around in VR. They’re basically what Ars Technica has aptly dubbed, “VR roller skates.”

On the face of it, it seems like Google is trying to addresses a problem that VR users inevitably face: bumping into shit. And so far, there aren’t many great solutions to that problem, because, you know, VR treadmills and harnesses are horribly uncomfortable and impractical ways of keeping you from tripping over furniture. But look at this guy and how happy he seems. It’s possible he doesn’t even know that civilisation is burning. He’s just chilling in his headset and rocking his VR Yeezys, which presumably scoot him back into a defined space whenever he wanders off too far. 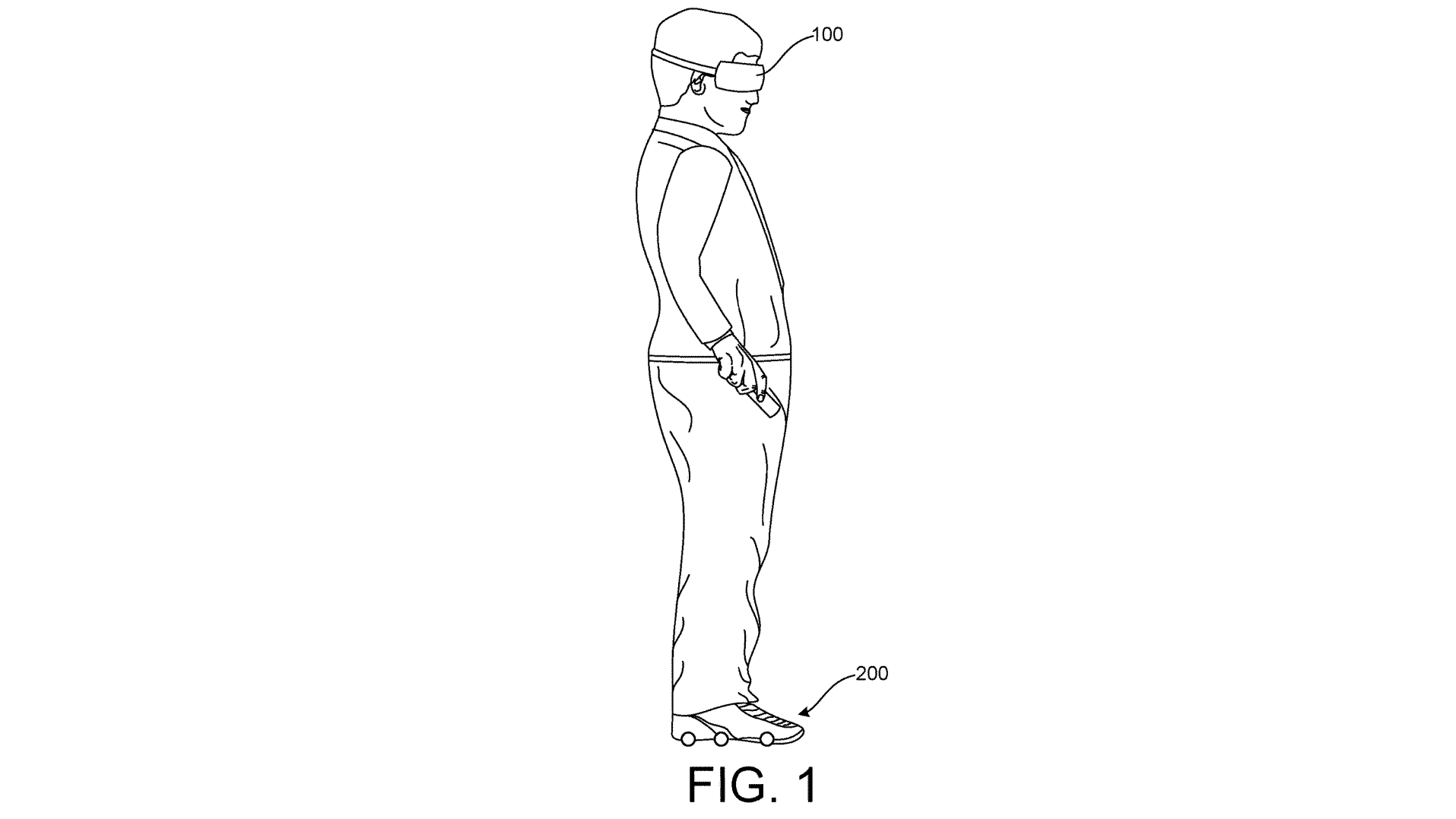 He is so calm, so relaxed, so normcore in his VR skates (Screenshot: USPTO)

And look at him here. A chubby man in his normcore office wear, relaxing in this VR world, ignoring the chaos of reality without having to worry about knocking over Nana’s heirloom Ming vase. 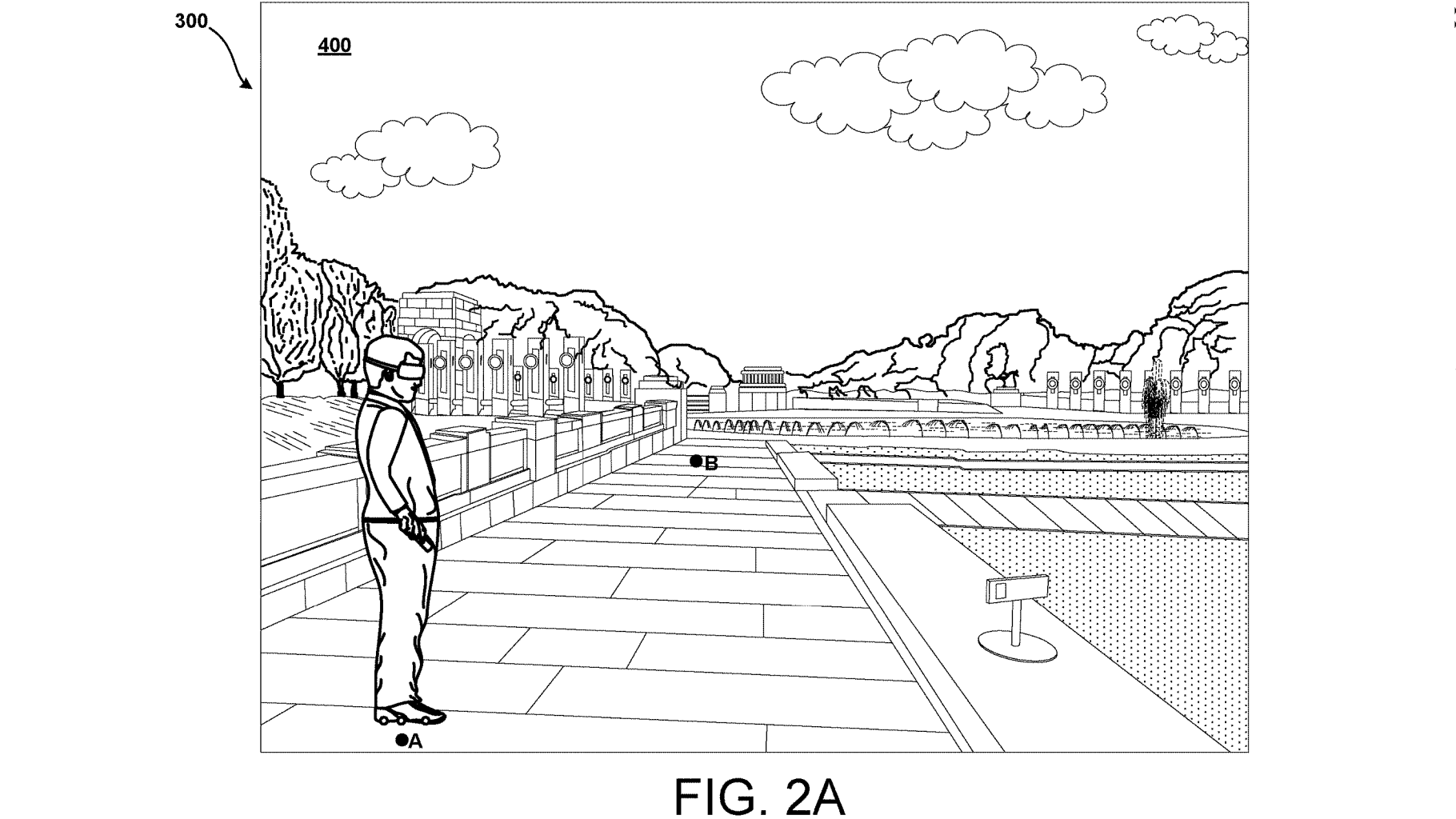 And here’s a drawing showing a Gumby man in a Cyclops visor taking a stroll while never leaving his “safe zone.” 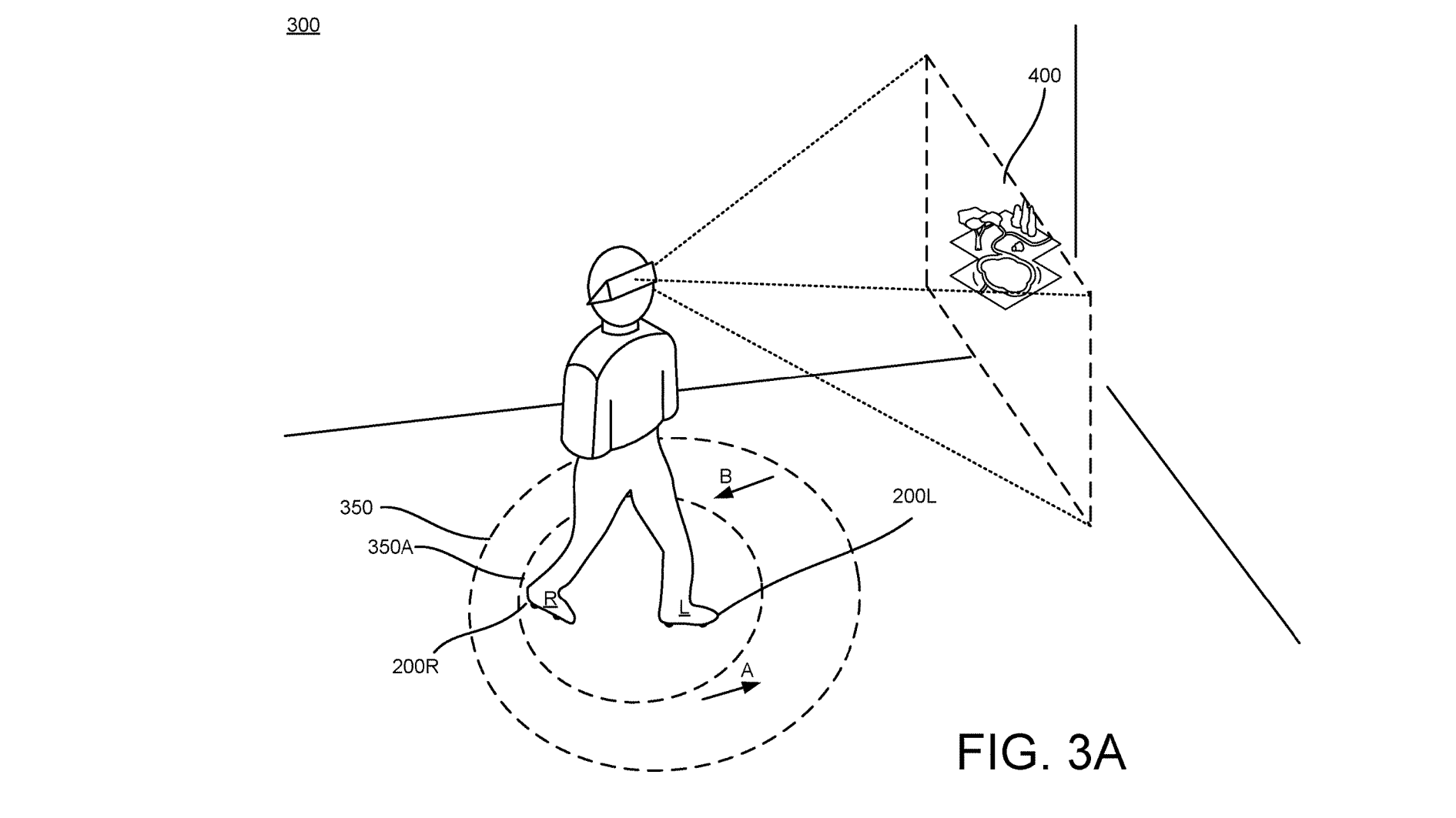 I believe in you, VR Gumby man. (Screenshot: USPTO)

It’s just a patent application, and Google may never actually bring any of this tech to life, but I would totally wear these tubular VR skates.