Hey Siri, how do I make you suck less? Turns out the answer is to link it to Google Assistant. A new update to Google Assistant for iOS adds support for Siri Shortcuts, so you can actually get some decent voice assistant action on your iPhone. 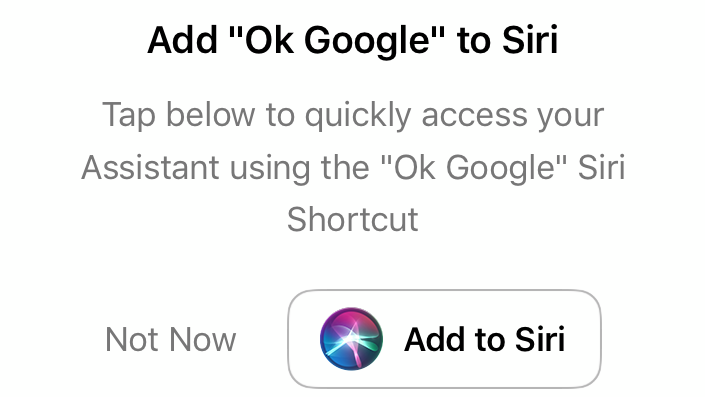 Linking Google Assistant is so easy it’s a crime not to (Screenshot: Victoria Song/Gizmodo)

But in typical Siri-is-tedious fashion, getting more out of this integration requires some work. If you download the Shortcuts app, you can record extra phrases that tie into existing Google Assistant routines. For example, you could record, “Hey Google, Good morning” to get your news, weather updates, and smart home routines up and running. The whole process works, though it does take a bit of time as Siri routes you through the Shortcuts app and then into Google Assistant. Fair warning: It is incredibly annoying to say “Hey Siri, Hey Google, Good Morning,” but at least you get something out of it. If I say “Good morning” to Siri, she’ll just respond “Good morning to you too.” As polite as that is, it’s utterly useless to me. 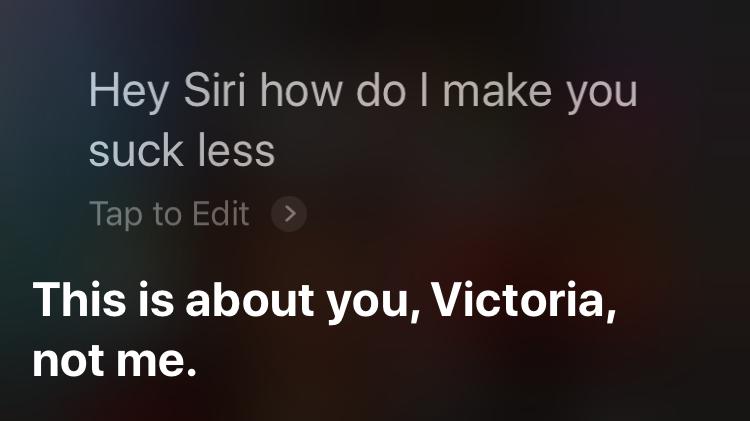 No Siri, it really is about YOU. (Screenshot: Victoria Song/Gizmodo)

It might seem harsh, but Apple’s had plenty of time to improve Siri. Despite being built into every iPhone, Apple Watch, and MacBook, the digital assistant is still nowhere near as useful as Amazon’s Alexa or Google Assistant. Apple’s seemingly aware of this too, which is probably why it’s been keen recently to beef up its AI cred. Apple’s been playing catch up with smart home tech as well, with its dubious HomePod and its HomeKit platform (which still isn’t very widely adopted). And say you do have a smart plug that’s HomeKit compatible—it’s much less intuitive to program routines and rooms with Siri than Alexa or Google Assistant.

But this Shortcuts feature, you say, is the key to making Siri better—right? So why bother using it with Google’s digital assistant at all? That is a nice dream, friends. But with Google Assistant, programming a morning or evening routine is as easy as going into the routine tab. Getting Siri Shortcuts to work for you requires more elbow grease. In all fairness, there are actually more than a few useful pre-made routines for you in Shortcuts, but it’s like surfing through the App Store—still frustrating and overwhelming.

So for now with this update, I’ll just stick to using Siri Shortcuts to open up Google Assistant. [The Verge]