We've Got to Talk About Robin Hood's Wacky Ending

Robin Hood is a delightful disaster, a movie that would have been a fun ride if only it hadn’t taken itself so seriously. But the ending, which teases a sequel that will likely never come, is another evil entirely.

In my review, I didn’t talk much about Jamie Dornan’s character, Will Scarlet. That’s because he doesn’t really matter—at least not to the main events of the film. In that hypothetical sequel, though, he matters plenty.

Named after one of Robin Hood’s Merry Men, the film’s version of Will Scarlet is an “up-and-coming” politician for the common folk, who yearns to rise above his station and join the elite. Obviously, this makes no sense but within the context of the movie...yeah, it doesn’t make sense there either. Let’s just say he mostly exists to be Marian’s new boyfriend and scoff anytime “The Hood” has an idea about something.

The film originally presents Will as a good man, someone who speaks for the people and wants to help them. A White Knight, if you will. But as the movie goes on, that glimmering facade starts to crack a bit. It seems like Will cares more about his position than doing the right thing. He gets testy with Marian about her plans to steal some documents from the Sheriff of Nottingham, worried it’ll reflect poorly on him. Then, he argues against the Hood’s revolution, saying it would be more pragmatic to acquiesce to the Sheriff’s demands. He’s kind of a waffler, not sure what he should do. But in the end, Will sides with Robin—his girlfriend’s previous lover—to fight for his people and their freedom. 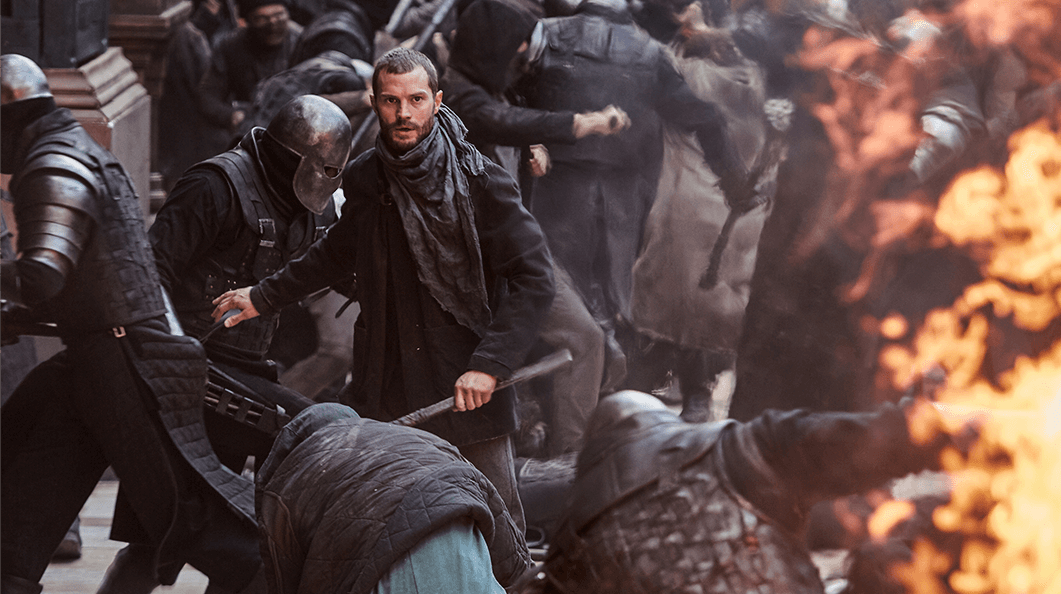 Things are about to get...batty. (Photo: Lionsgate)

ONE MOLOTOV COCKTAIL TO THE FACE LATER...

Okay, now this is where things get interesting. During the rebellion, Will’s having a grand old time, staring down soldiers and lighting a few fires. But then, he catches Marian kissing Robin. Will is pissed, and I feel for him. I really do. But given the circumstances, you’d think he would have the sense to move on to more urgent matters, like the giant war zone happening all around him. But no. Instead, Will dramatically drops his already-lit Molotov cocktail like a reality TV diva with a half-empty wine glass. It causes a small explosion, sending Will slowly (and sadly) tumbling to the ground.

For a second, I thought he was dead. I actually wrote in my notes, “Did Christian Grey just die of sadness?” Spoilers: He didn’t. He just got a burn to his face, and an even bigger burn to his heart. After his lady love did him wrong, he was finished with Marian and the damned rebellion. From here on out, Will Scarlet is looking out for number one.

Robin Hood ends—I can’t believe I’m saying this—with Will becoming the new Sheriff. Angry over Marian’s betrayal and yearning for political power, he joins forces with the church’s Cardinal against Robin Hood and his Merry Men, who have retreated into Nottingham Forest as official outlaws. Will takes off his bloody bandages, plucks the pleather coat from Ben Mendelsohn’s decomposing shoulders, and emerges as the next fascist leader of Nottingham. Sheriff Grey will see you now.

So, to recap: A White Knight loses the love of his life, feels betrayed by the people close to him, and turns to the side of evil after suffering horrific burns to part of his face. Do you see where I’m going with this? 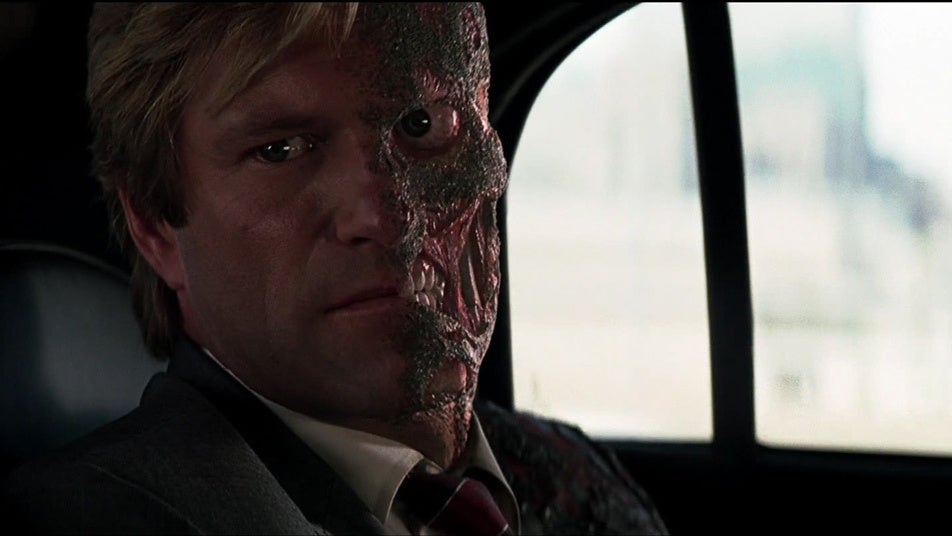 Will Scarlet is Harvey Dent, aka Two-Face of Batman’s rogue gallery. Apparently Robin Hood wasn’t content robbing the rich, it also kind of robbed the plot of The Dark Knight. Could be a coincidence of course, but either way, it’s no surprise, given how this version of Robin Hood is basically Batman anyway. Hell, at one point Marian tells Robin that the Hood is his true identity and Robin of Loxley “is the real mask.” Come. On. People.

I supposed we should be on the lookout for The Hood Rises in summer 2020—or whenever Netflix decides to save this strange movie experiment from sequel development hell.