Can You Spot What's Special About This Photo of the Crescent Moon?

Astronomer Steven Bellavia at Brookhaven National Labs in the US caught a neat picture of the crescent Moon last week, which he passed along for Gizmodo to share. Can you see what’s so special about it? Go ahead and examine it closely. 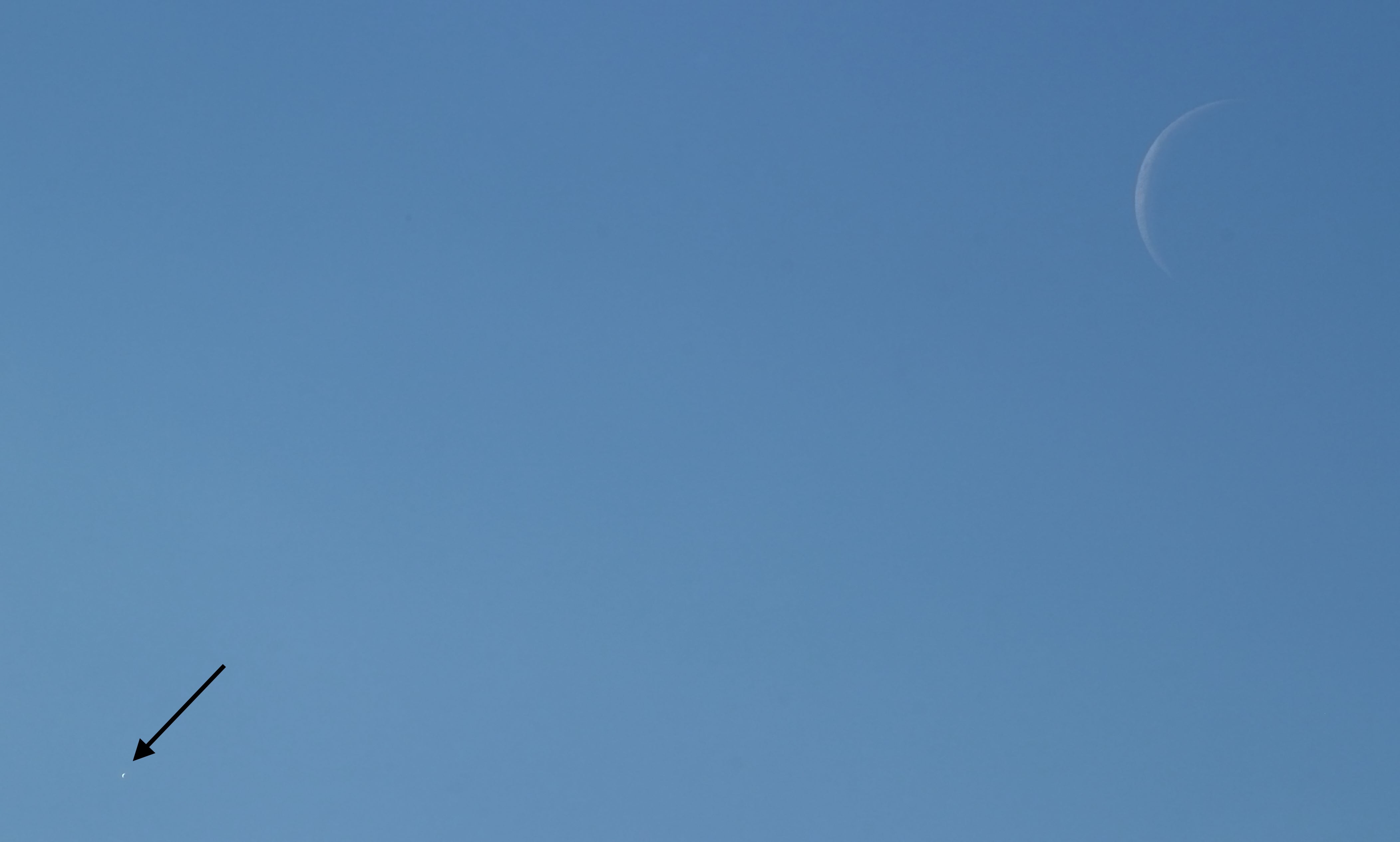 That’s not a speck of dust on your screen—it’s Venus. (Photo: Steven Bellavia) 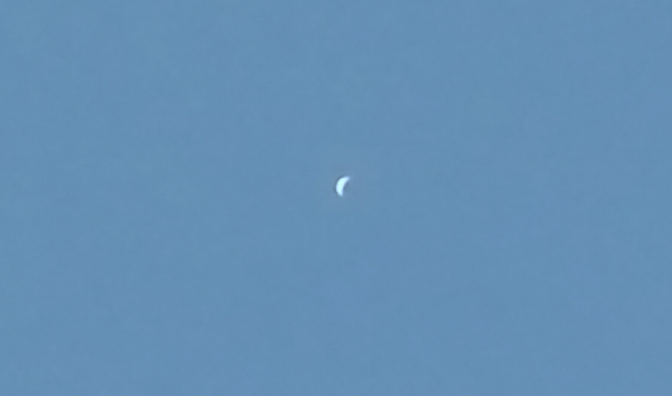 Not a toenail. (Photo: Steven Bellavia)

Venus, being a sphere like our own Earth and Moon, has phases. As it normally just looks to the naked eye like the brightest star in the sky, it’s hard to pick out those phases without a telescope. Bellavia was able to capture both crescents in a single image. He used a Canon EOS Rebel SL1 camera body with a Sigma 70-300mm lens (and a tripod, presumably), which I only point out because I’m just starting to take photos myself and hadn’t considered that you could get such good pictures of the sky with affordable equipment.