You probably already know this, but Brie Larson is playing Captain Marvel in the upcoming film of the same name. She’s the first woman to headline a solo superhero movie from Marvel Studios, which many consider a big deal. Larson does not.

“I don’t know how it’s any different, to be honest. I don’t want it to feel different,” Larson said back in May on the set of Captain Marvel outside Los Angeles. “[I’m] kind of over the ‘First female blah blah blah,’ and ‘Wow, maybe women can actually do the same things that dudes can do.’ What a crazy concept. I feel like the more we talk about it, the more we perpetuate the myth that it’s an impossible task. No, if it wasn’t like that before, it’s because it was wrong. That was just wrong. Now we’re just doing what’s natural.”

What’s natural for Marvel Studios is to be making big, blockbuster superhero movies from its deep bench of iconic characters, and that’s exactly what the studio hopes to do with Captain Marvel. Directed by Anna Boden and Ryan Fleck, the film is set for release on 8 March 2019. It’s a ’90s-set origin story starring Oscar-winner Larson as Carol Danvers, an earthling who is somehow bestowed with superhuman abilities and shot into space, only to return and help save the world from the evil villains known as the Skrulls.

So far, general audiences only know of Carol from trailers and a brief tag scene at the end of Avengers: Infinity War, which strongly suggested she’ll have a huge role in the upcoming Avengers 4. However, in May, on the set of Captain Marvel with a bunch of journalists, those topic were strictly off limits. Instead, Larson stuck mostly to non-plot items such as how she prepared for the role and what it has been like to be a superhero.

“This character is probably the most dynamic character that I’ve ever played,” Larson said, which is saying something when you think of films like Short Term 12 and Room. “We’ll see what the movie is but, as of now, it’s been the most range I’ve ever played in a character. I’ve had to go through every emotion possible with her. And a lot of this movie, although it has great comedy in it, there’s also real depth to it and emotion.” 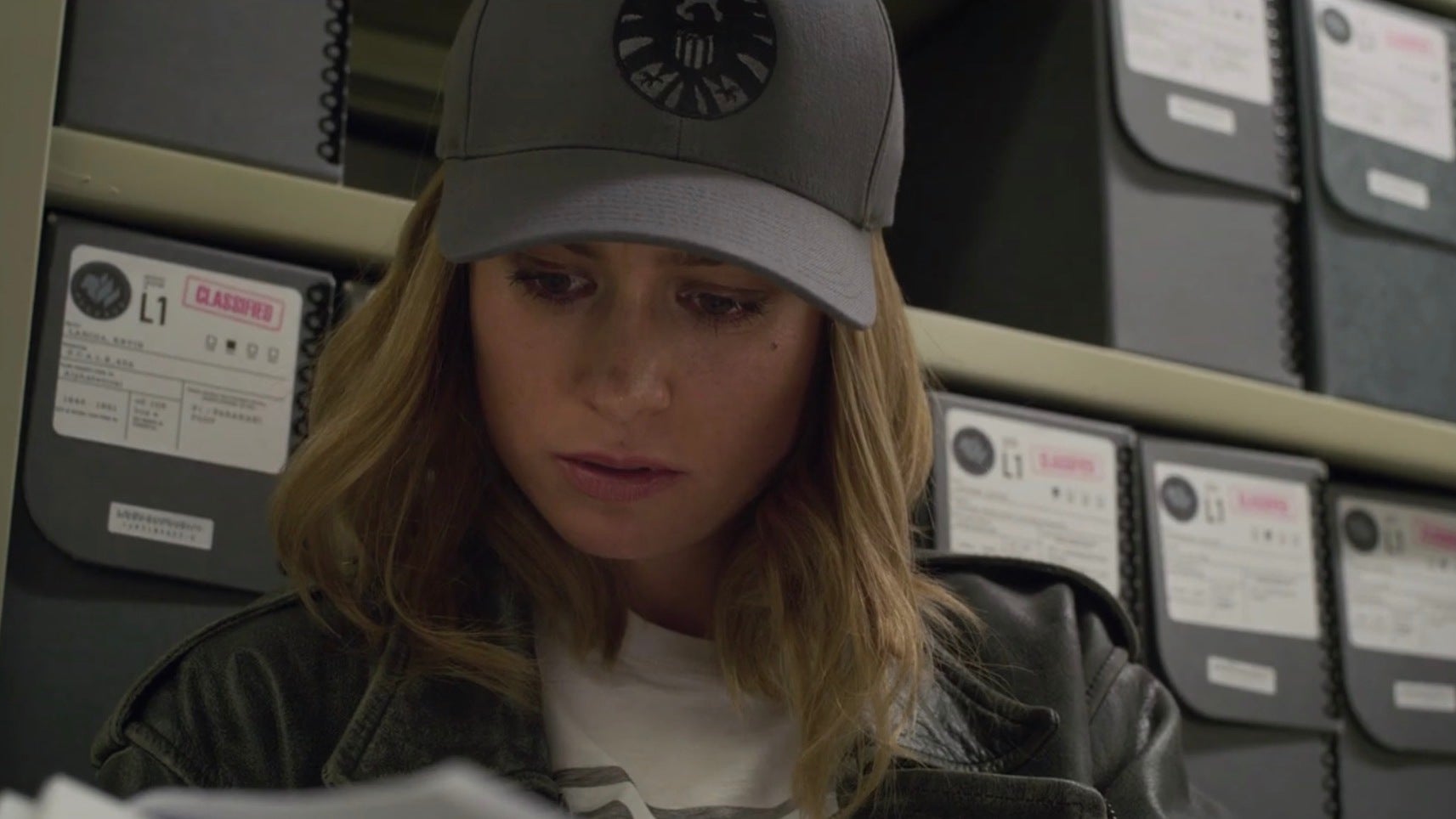 Carol learns some surprising things about herself in Captain Marvel. (Photo: Disney)

Making Carol real and complicated was very important to Larson because she doesn’t feel like that kind of character gets portrayed on screen as much as it should.

“I wanna see complicated female characters,” she said. “I wanna see myself, which is not a simple person. I surprise myself constantly by what’s happening and what’s coming up. So hopefully that’s what comes out on screen.”

One of Larson’s biggest surprises with Captain Marvel was when she realised she may have over-prepared for the role. She spent nine months before filming getting into peak physical shape, followed by three months working two hours a day, five days a week on the film’s stunts. Then, filming began. “I didn’t realise that most people don’t do their own stunts in these movies,” she said. “I thought you did.” But throughout the whole process, no one told her otherwise.

“Everyone just went along with it,” Larson continues. “It wasn’t until we started shooting, and I started doing all my own wire work stunts, and flips and stuff that people were like, ‘You know, now we’ll tell you, nobody actually does this. We just didn’t want you to stop. But now that you’ve kind of accomplished this thing, we don’t normally do this.’”

And yet, that realisation was better in many ways because Larson’s preparation was almost a mirror of what she wanted Carol to be. 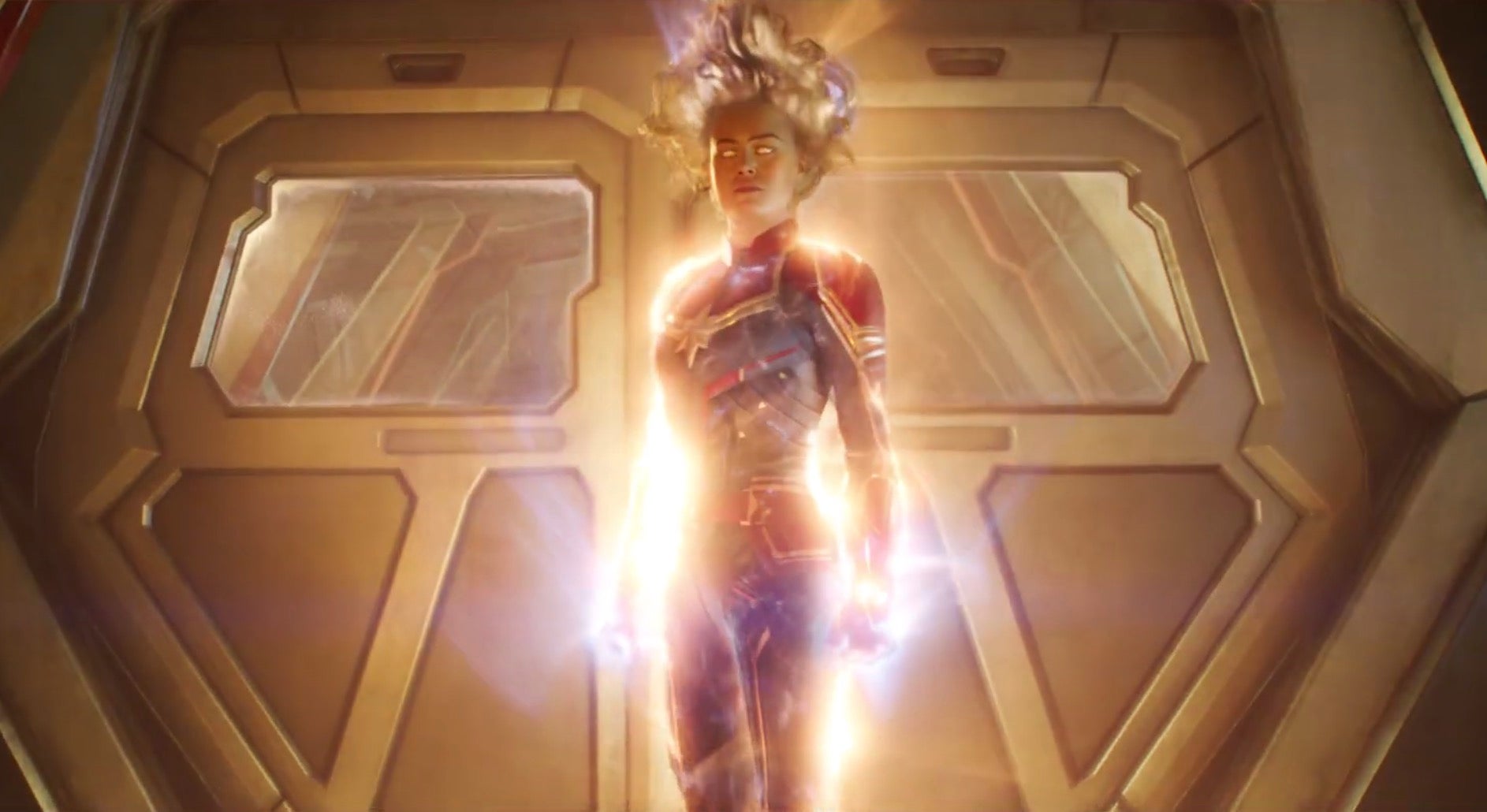 “It definitely makes things more complicated in certain ways, because I could be taking a lot more naps than I am,” Larson joked. “I could just be like, ‘[Stuntwomen] Renee and Joanna got it, I’m gonna go eat some cake.’ But instead, it’s really become a huge part of how I learned more about her, and became her, and embodied her was through discovering my own strength.”

That strength, not just physically, but mentally, is what Larson feels will make Captain Marvel such a worthy addition to the Marvel Cinematic Universe. She’s real, just like the actress who plays her.

“All of my heroes were just unapologetically themselves,” Larson said. “They were flawed at times, and that’s okay. So for me, it’s part of who Carol is too. She’s flawed. She’s not perfect. So in order for me to feel comfortable stepping into this position, I have to accept my humanness and remind everybody that I’m a human, and I’m an artist. And I just wanna make art, and that’s really it.”

Captain Marvel opens everywhere 8 March—and we’ll have much, much more from the film’s set in the coming weeks.