How Bumblebee's 1980s Setting Turned It Into Every Transformers Fan's Dream

Everything about Bumblebee is totally 1980s, from its time period and music to its first generation Transformer designs and so much more. As they tell it, director Travis Knight and writer Christina Hodson both knew that setting the newest Transformers instalment in the decade when the Transformers actually rose to popularity made sense for many reasons, even if their choice of era didn’t make the powers that be quite happy.

“If we’re going to tell an origin story about a Transformer, it made sense we would set it in the era that the Transformers originated, the mid-’80s,” Knight said. “Which is perfect for me because that’s when I was exposed to them. I was a child of that era and it was an opportunity to go back and draw some of these aspects of my childhood that really meant a lot to me.”

Before Knight came on board, though, Bumblebee was born in a Transformers-centric writers room where a huge wealth of talented people (including Hodson, Akiva Goldsman, Lindsey Beer, Robert Kirkman, Zak Penn, and others) were brought together to figure out where this franchise could go next. The first movie to come out of that was Michael Bay’s fifth (and final) Transformers film, The Last Knight. However, tons of ideas were pitched and developed simultaneously, including one that would become Bumblebee.

“The movie hasn’t changed a whole lot since I first pitched in summer of 2015,” said Hodson, who is also writing the upcoming Birds of Prey and Batgirl. “I pitched it then and obviously they went and made the other movie. Then I wrote the first draft of this in the fall of 2016 and it honestly has stayed true. Certainly, the big broad strokes of the emotional journeys, key set pieces, all remain the same. Now, it’s gotten bigger in some ways. We’ve added more fun. We got to go to Cybertron! But the heart of it really remained the same.” 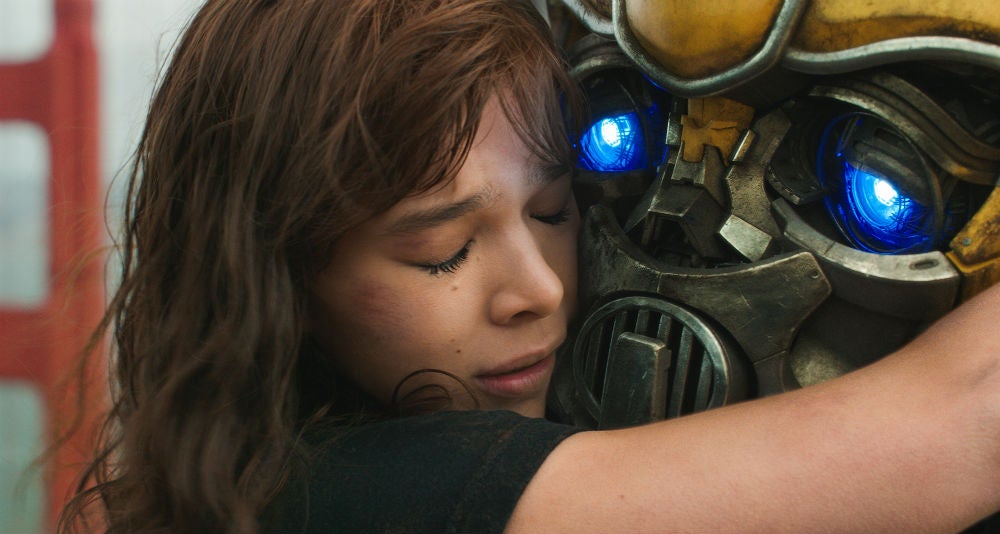 Bumblebee is all about the relationship between a girl and her car. (All images: Paramount)

By setting Bumblebee 20 years before the events of Michael Bay’s 2007 Transformers film, Hodson freed herself from the constant struggle to maintain continuity between the timelines that a sequel would have presented. “I never worried myself with words like ‘prequel’ or ‘reboot’ or ‘restart’ or anything like that,” she said. “I just tried to look at it as its own thing...because we have the luxury of being back in time.”

However, continuity between the worlds does remain. Knight and the producers still felt Bumblebee had to be a part of that world that stretched over 10 years, five movies and over $4 billion (£3.2 billion) in global box office. “The important thing was not only that it had some connective tissue with the films Michael has made but that it had some deep connective tissue with the origins of the series,” Knight said.

To hit both of those marks, Knight made a radical decision early on. He wanted to simplify the designs from the five Bay films and make the Transformers look more “G1,” a term used to describe the "Generation 1" look of the Transformers from their first toys and cartoons. 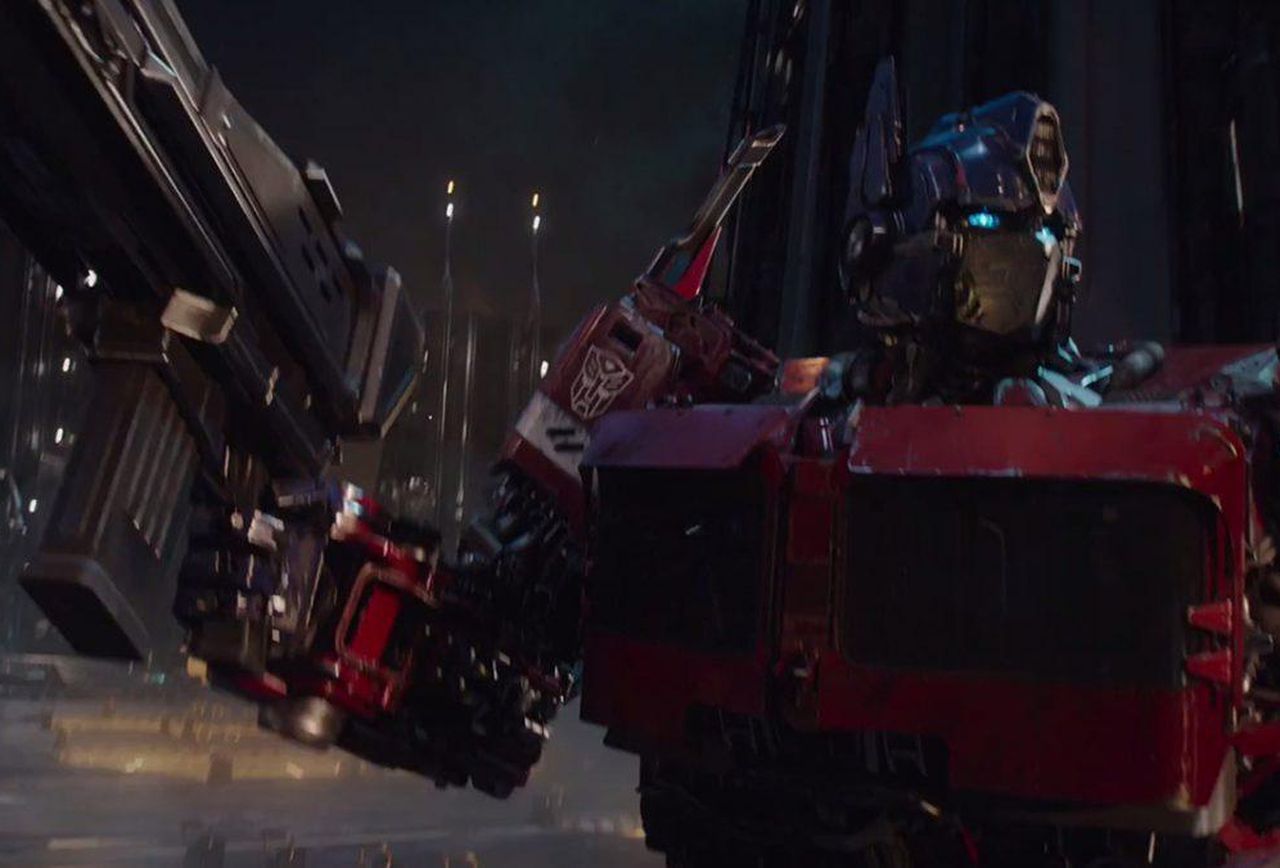 In Bumblebee, Optimus Prime finally looks like he did as a toy and a cartoon.

“I think it was a little bit surprising for Paramount, for the producers, even for Hasbro on some level because they’ve been used to a certain aesthetic for the last decade,” Knight said. “I didn’t think it was radical but it was seen as radical in certain places. And so it took a little bit of kind of coaxing through that process.”

According to Knight, problems arose because many felt “Michael’s aesthetic has been the defining aspect of these live-action films” and that there was a sense of “this is what a Transformers film is.” Eventually, though, he was able to coax them into it.

“People got on board pretty quickly but there was a little bit of hesitation,” he said. “[But] it was a real thrill bringing these characters to life in the way that I’d always envisioned them on the big screen. I was having the time of my life.”

And though Bay—the soul of the live-action Transformers franchise series to this point—is largely given credit for the franchise’s modern aesthetic, he never debated the direction Knight and Hodson took the film.

“He essentially said, ‘This is your movie’ and was very generous and supportive and didn’t try to impose his own aesthetic or point of view on the movie,” Knight said. “He knew this was my movie...so we didn’t get into those kinds of conversations because he realised that this thing has got to be someone else’s anyway.” 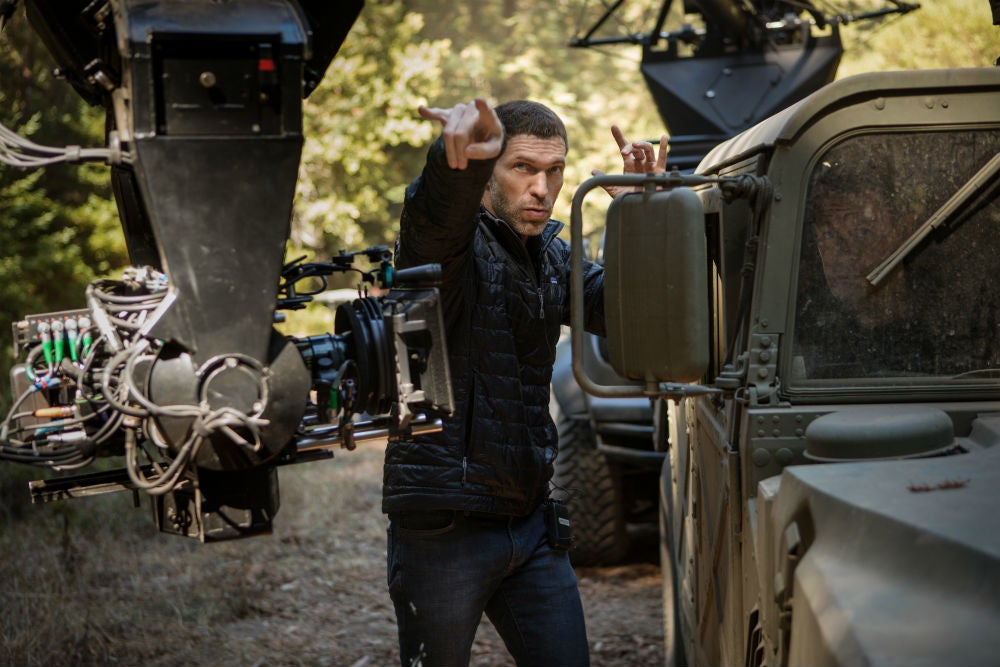 Because Bumblebee is set so many years before the Bay films, Knight and Hodson were able include a location that was only briefly glimpsed in the Bay movies. They set a full scene on the Transformers’ home planet of Cybertron. However, that wasn’t always the plan.

“I think when I first pitched the idea, it probably began with a crawl, setting up what had been happening on Cybertron, then we’d start with Bumblebee on Earth,” Hodson said. “But how can you resist? The first five minutes of this movie is so fun. It was irresistible.”

The idea of a Cybertron scene was so irresistible, in fact, that Knight originally storyboarded an even more epic version of the scene, though he later realised that vision was impossible.

“I had this whole thing boarded where we’re where we see [Decepticon leader] Megatron and he comes in like Sauron, just blowing shit up and laying waste to everything,” Knight said. However, he then realised in this world, Megatron is currently frozen on Earth, as seen in 2007's Transformers, so that was out.

“So even though I really wanted to see G1 Megatron on the battlefield at the fall of Cybertron, I couldn’t do it,” he said. “But I wanted to fit as much of this G1 stuff I loved in there, and so I put my favourite characters in. Obviously there are ones I wish I could put in there, and I would love to see an entire movie about the fall of Cybertron because I think it’s awesome, but just to be able to visit it for a moment, to see the Cybertron of my imaginations on the big screen, it was a real thrill.” 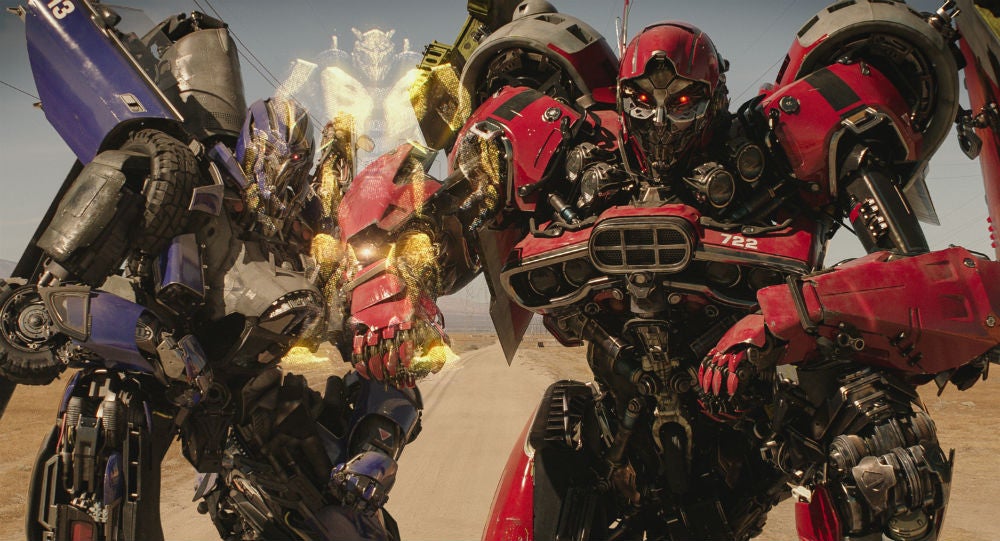 Dropkick and Shatter are on the hunt for Bumblebee.

For Hodson, as much as she loved starting the film there and has adored the franchise back since its G1 days, it was what came next that excited her the most. It was the idea that first came to her back in 2015 when she originally conceived the film.

“The thing I personally connected to the most in [Michael Bay’s] Transformers 1 is that bond between the boy and his car,” she said. “And I knew going into this room that I wanted to do the story of a girl and her car. I was very lucky to be able to make it Bumblebee because Bumblebee is my favourite. I’ve always loved him. But I tried to make it its own thing [and] I think we naturally got to a good place where hopefully people will be happy. It feels like it’s some of those things that people did love in that first movie but also feels like its own fresh thing.”

And, since we’re talking about the 1980s, both meanings of “fresh” work there.

Bumblebee is in cinemas now.