As with a lot of tech purchasing decisions, when it comes to buying a memory card you can’t just click on the first result that appears on your online retailer of choice and that’s that—today’s memory cards, with their small sizes and huge capacities, have features and specs all of their own. Here’s what you need to know.

You’re probably most familiar with memory cards from slotting one into your digital camera or your smartphone. They use solid-state, flash memory similar to the internal storage inside your phone or laptop, with speedy read and write times, and the ability to pack a lot of storage into a small space. 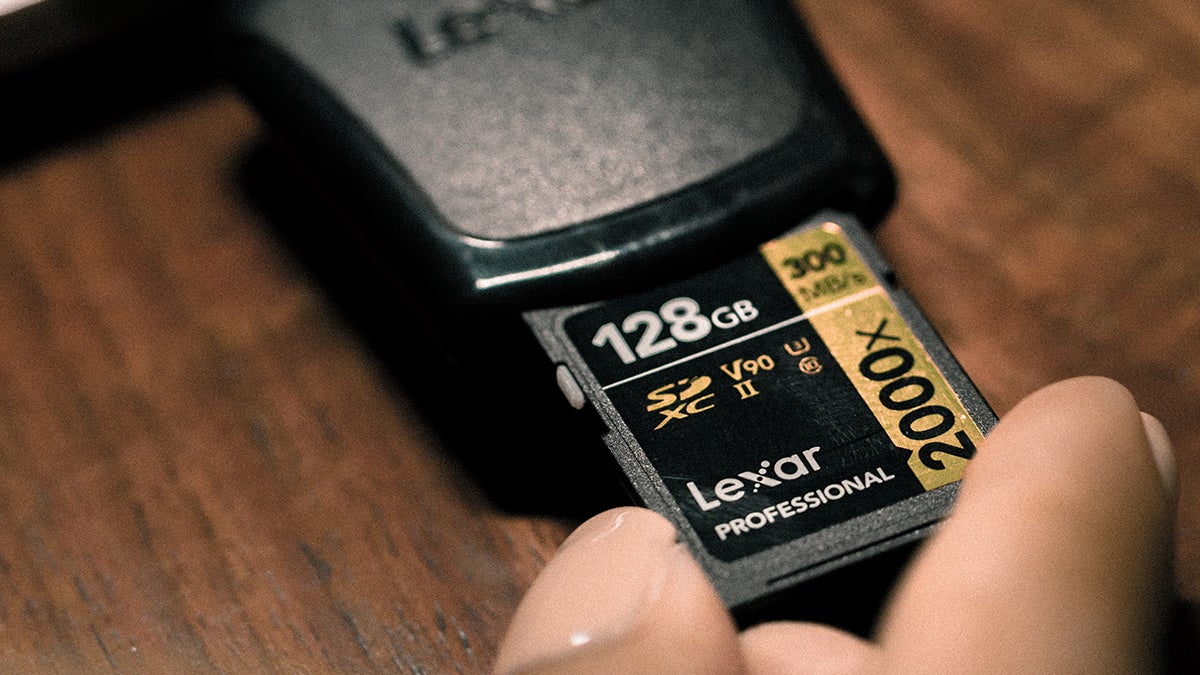 As time has gone on, memory cards have been packing more and more storage into cards that have gotten smaller and smaller: The (relatively) chunky cards of the mid-1990s had capacities as small as 2MB, reflecting one of their original goals—to replace the 1.44MB floppy disk.

As the 2000s wore on, the SD (Secure Digital) card format established as a joint venture between Toshiba, SanDisk and Panasonic started to dominate the market, followed by the microSD, SDXC and microSDXC cards we have today—with capacities maxing out at 512GB, if you can afford the asking prices.

Other memory card formats are still around for various uses, but the SD and microSD variants are most commonly used in phones and cameras, so we’ll focus on them here. They’ll fit into everything from your drone to your Nintendo Switch. 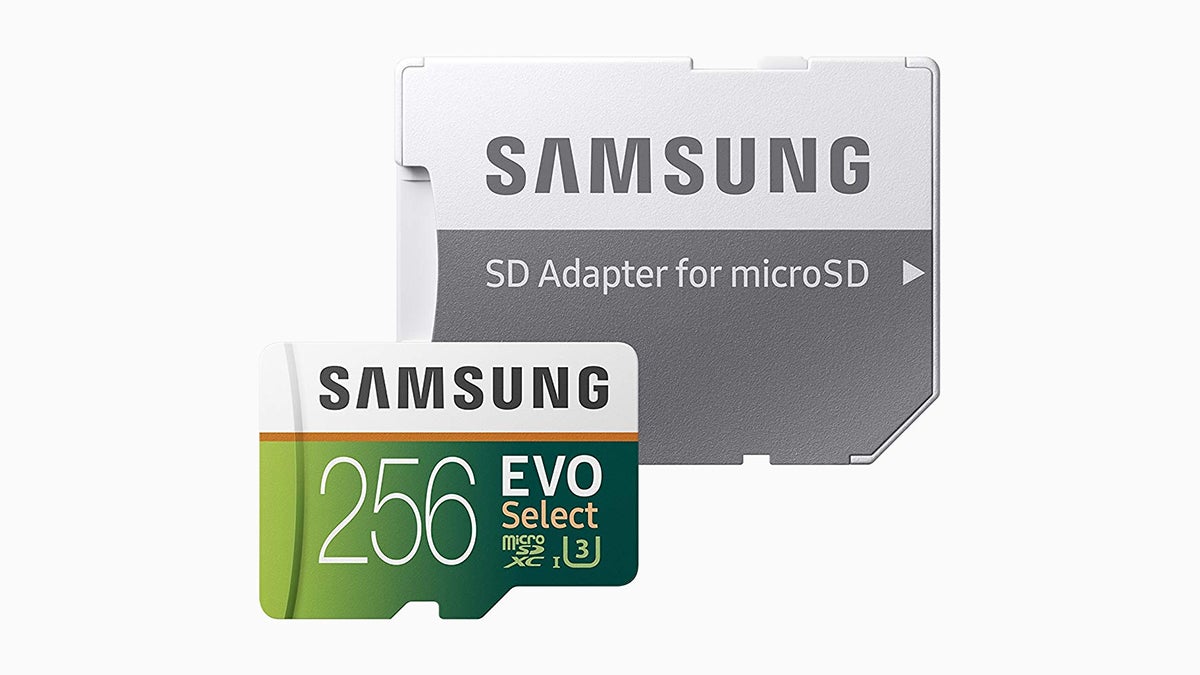 Start shopping for a card, and you’ll notice a host of different numbers and letters on the face of the card and in its tech specs. There’s actually quite a bit of redundancy going on here (as in some specs are just repeating themselves), but it’s worth digging in to find out what each of them are referring to.

To start with you’ve got a choice of sizes: The standard SD ones (mostly for digital cameras and bigger gear) and the smaller microSD ones (originally developed for, and still used in, smartphones). Extra letters after the SD mean a newer, improved standard, with room for greater capacities and faster speeds—these include HC (High Capacity) and the latest XC (Extended Capacity), and both are used across the SD and microSD form factors today.

MicroSDXC cards are the top choice for your phone, and the SDXC cards are your top choice for everything else. After that, the key spec is obviously the capacity, or how much data a card can hold. Newer HC and XC cards offer more storage because of their file systems and various other tweaks, with the newest cards on the market now hitting 512GB (with a theoretical limit that’s even higher). 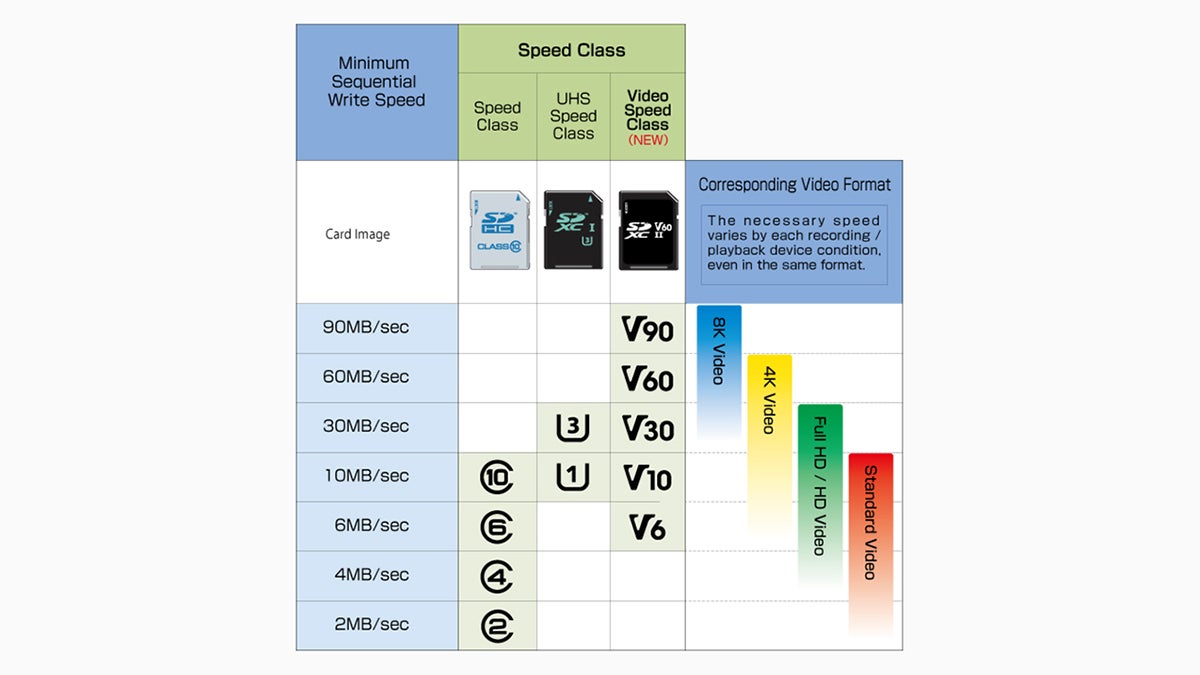 Then there’s speed, or how fast a memory card can read and write data. If you’re shooting high-resolution images, you don’t want to have to wait seconds between shots for them to be written to your memory card. Write speed is most important, and is usually specified with a Speed Class rating. The minimum performances you can expect are Class 2 (at least 2 MB/s), Class 4 (at least 4 MB/s), Class 6 (at least 6 MB/s), or Class 10 (at least 10 MB/s). Some card makers will also list a maximum speed and/or a read speed separately to distinguish between different cards.

In addition to the raw write speed there’s an extra spec to be aware of for higher-end cards: Ultra High Speed (UHS). This is usually written as U1 (write speeds of at least 10 MB/s, like Class 10) or U3 (at least 30 MB/s), but you might also see references to UHS-I, UHS-II, and UHS-III in card specs. These are the potential speeds of the card architecture (the bus speeds) rather than raw transfer speeds, so while related, they’re not actually the same.

Don’t worry too much about UHS-I, UHS-II, or UHS-III—look for U1 or U3 instead—but if you see them, you know what they are. Theoretical data transfer rates of 104 MB/s are possible with UHS-I, 312 MB/s with UHS-II, and a whopping 624 MB/s with UHS-II, while cards without a UHS rating are stuck at 25 MB/s. However, the flash memory itself and the connected gadgets need to be able to support those bus speeds too. 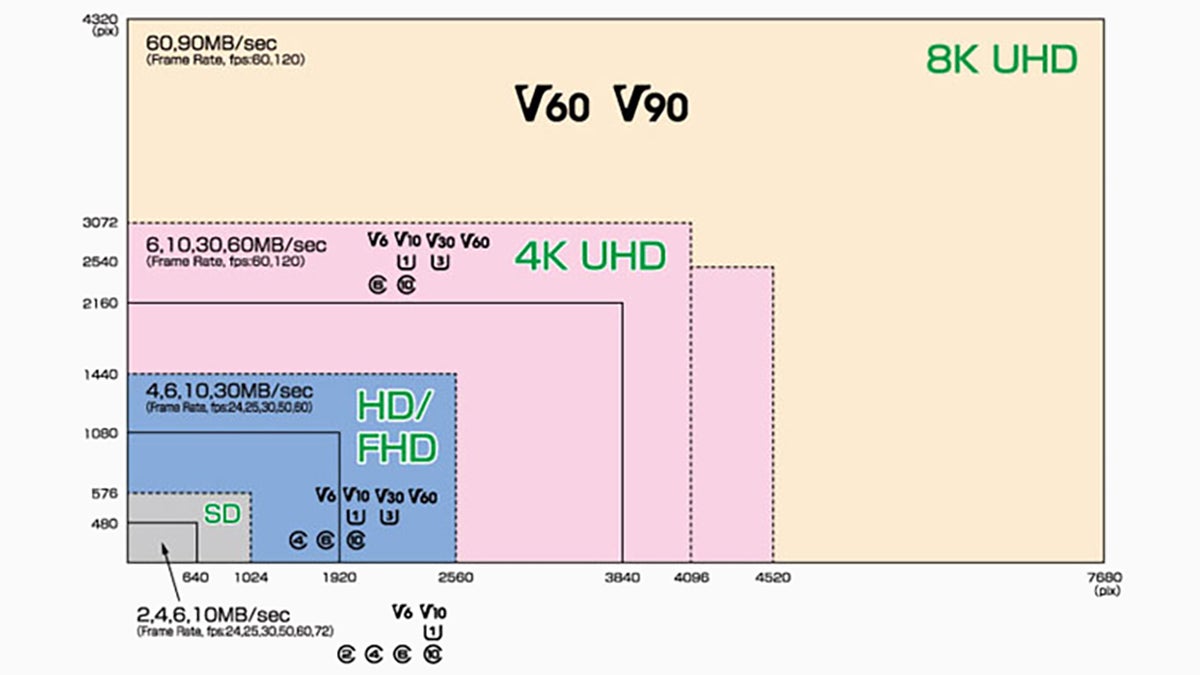 Some cards, particularly older or cheaper ones, will just quote a maximum read or write speeds (as opposed to the minimum write speed indicated by the Speed Class rating)—although it’s important to note that this is usually a maximum rating that you won’t get consistently. They might also quote a figure like “150x”, which essentially means how much faster it is compared to the read speed of a CD. But that’s an outdated reference, which is why you don’t see it used much any more.

If you’re still with us, congratulations. You’re not quite home and dry just yet though, because as well as working out the spec you need, you also need to make sure it’s actually going to work in your device. Not all card types or all capacities will work in all phones and cameras, particularly if you’re using a gadget that’s a few years old. 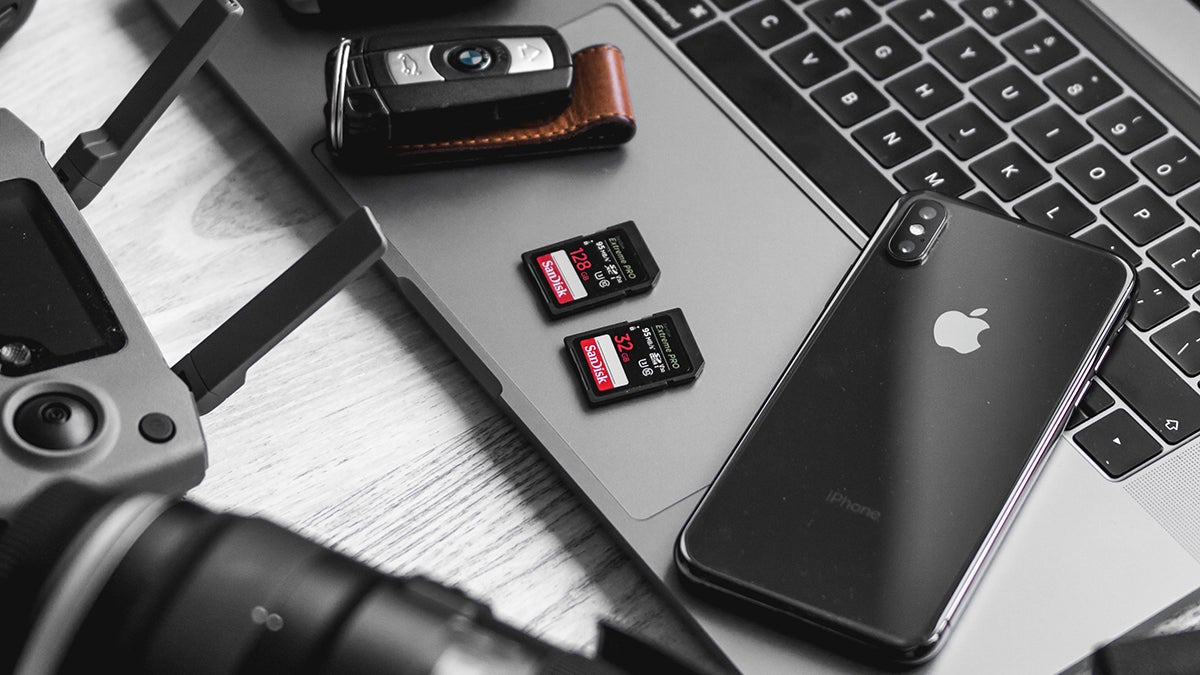 Thankfully, your devices should prominently list the memory cards they’re compatible with, and might even offer some recommendations for a minimum Speed Class. Most Class 10/U1/V10 cards will handle 1080p video comfortably, but for 4K footage it’s a good idea to go up to U3/V30 instead, otherwise you run the risk of losing frames resulting in stuttered video.

It’s also worth noting that your choice of memory card doesn’t affect the quality of your photos or videos—but more expensive cards can save and process files faster, more reliably, with less chance of errors, and with a better chance of file recovery if the data gets erased. When you’ve got billions of incoming pixels from a 4K video capture, those are very important factors to consider.

There’s some backwards compatibility between new and old standards, so a device capable of reading SDXC cards will be able to read SD and SDHC cards too, albeit at slower speeds. But the reverse isn’t true, so you can’t just stick an SDXC card in a gadget that only supports SD and SDHC. As we’ve said, it should be fairly easy to find out which cards are compatible with a given device, but you’ll want to make sure to double-check each time. (The Nintendo Switch, for example, needs a UHS-I card). 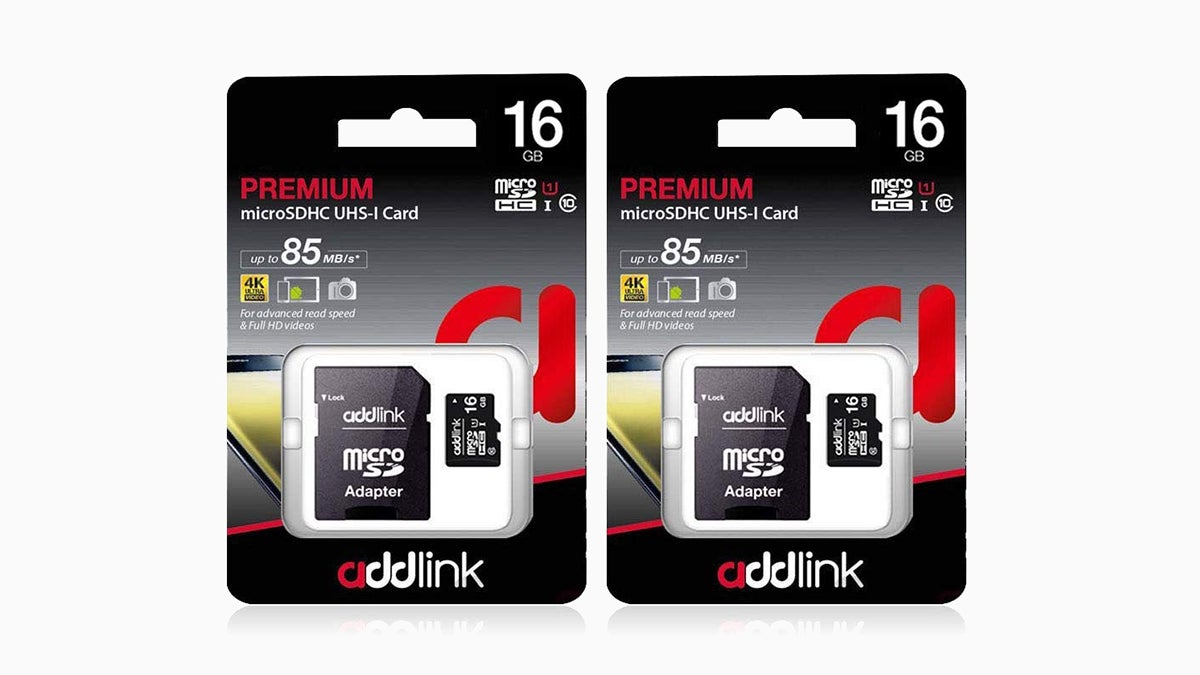 When you’ve got a handle on the speed you need, you can then decide how much capacity you want, or can afford. The highest capacities (currently 512GB) are usually very expensive, as the tech that makes them possible is only just out of development. So you might find a better value with a smaller card. But as with read and write speeds, you’ll also want to make sure you’re not spending a lot of money on a giant card that’s actually too big for your phone or camera to deal with. The most important thing is to first confirm what formats and capacities it supports.