Loved Into the Spider-Verse? Read These Comics!

Spider-Man: Into the Spider-Verse has thwipped itself into cinemas as one of the best films of the year. Its earnest, almost brazen adoration of the simple joy of comic books oozes from every stylish frame—and if you found yourself enchanted by its comic style and cast of Spider-heroes, we’ve got some reading recommendations.

Given that Into the Spider-Verse introduces not just Miles Morales, but a whole host of Spider-people alongside him, we decided to break our recommendations down by each of the new heroes—so if you’re hankering for specific cravings after seeing the film, you’ll know which picks have your favourite Spider-star as the focus! 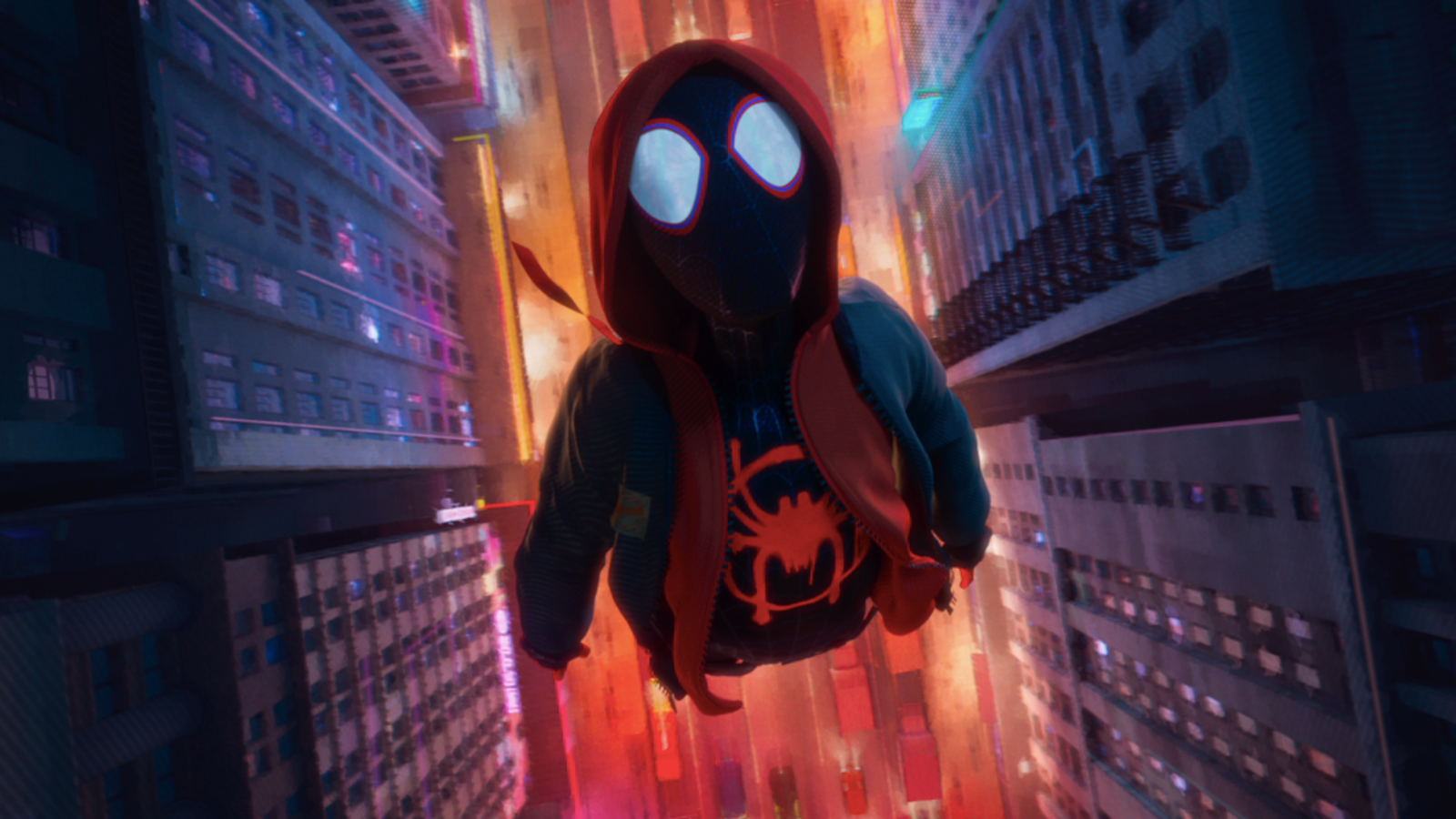 The primary hero of Into the Spider-Verse, Miles has a long comics history—first as the replacement for the deceased Peter Parker in the Ultimate Marvel universe, and then as a hero in his own right in the “prime” Marvel Universe after the events of Secret Wars. These picks cover both those important periods of Miles’ life.

This version of Gwen wouldn’t exist without the event this movie is based on—and she is arguably the biggest addition to the Spider-canon to come out of Spider-Verse. Which means, of course, there’s plenty to read up on already! 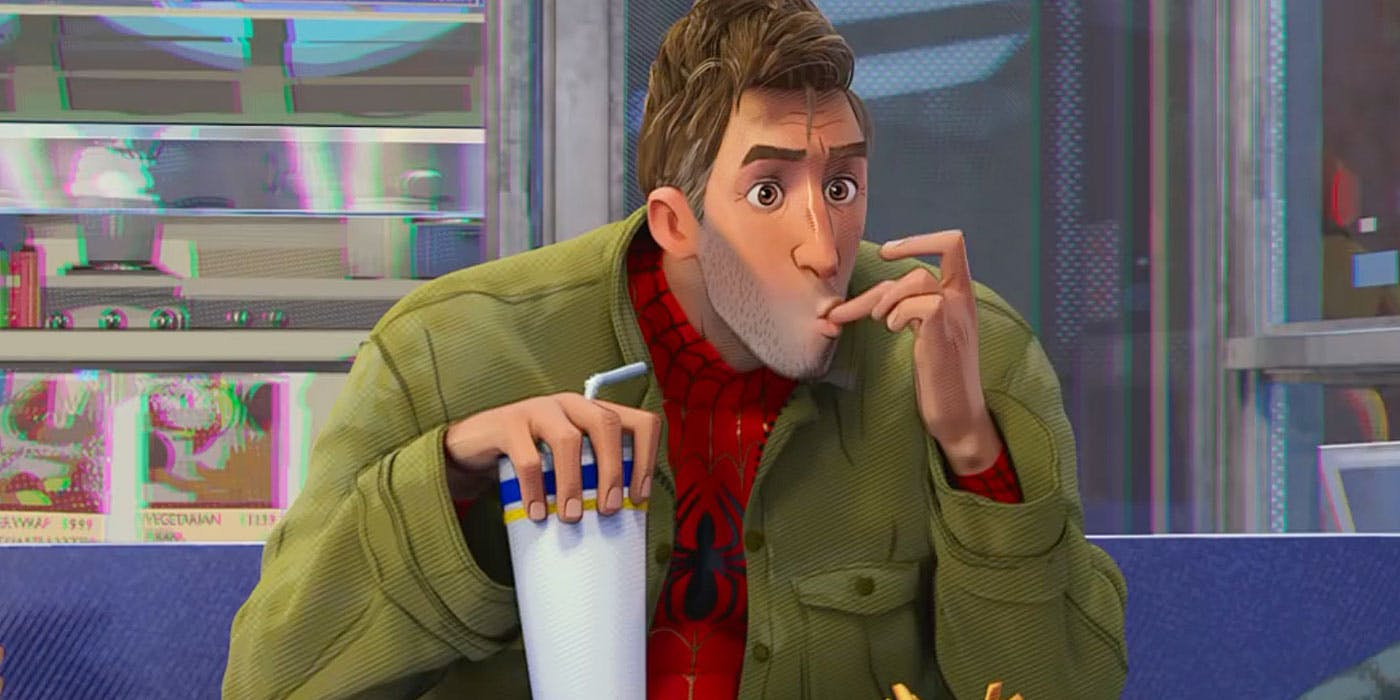 Why “Dad” Peter, you ask? Well... look at him. This Peter is totally of the Dad-ian aesthetic. (Image: Sony Pictures Animation)

There are approximately 70 billion Peter Parker comics out there—after all, he is the Amazing Spider-Man! Not the one and only, by any means, but the original. But the Peter of Into the Spider-Verse isn’t the typical Peter you’d see swinging around Spider-Man comics on the shelves right now. He’s older, wiser, he’s been there, thwipped that. So these picks likewise star an older Spidey—and, for good measure, given that he’s Miles’ mentor in the movie, we’ve through in a couple of teamup books featuring the two heroes. 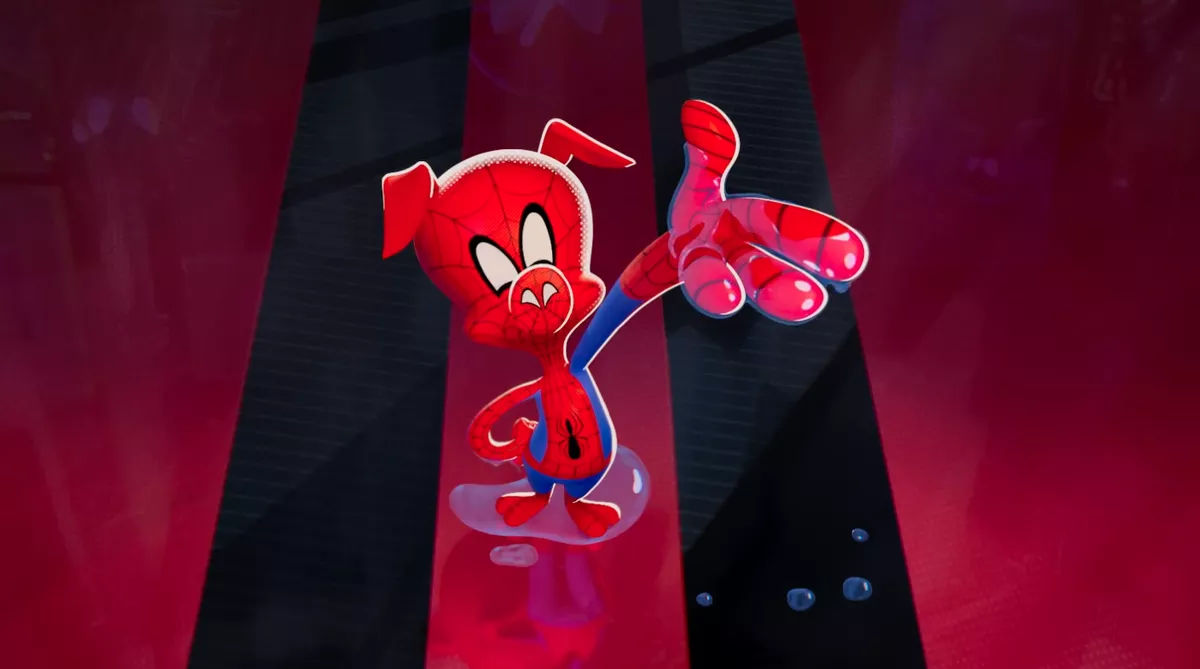 Not to be confused with the entirely different Spider-Pig. (Image: Sony Pictures Animation)

Peter Porker’s come a long way from weird joke to... well, a more prominent weird joke, but he has quite the comics history—and not just as an odd alternate Spider-Man that appeared for an offbeat gag in a teamup. 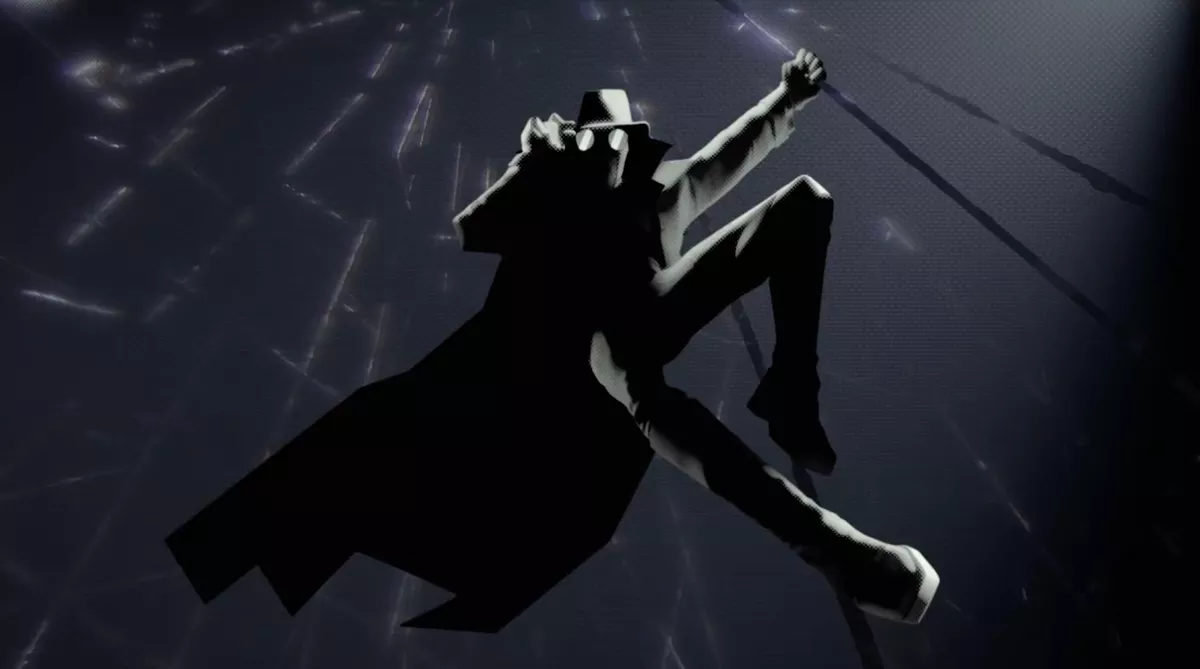 The dark, dramatic “Noir” Spider-Man is one of the more famous alternate takes on Spider-Man around—even though he’s actually just nine years old.

Peni’s a bit different in the comics compared to the movie. (Image: Sony Pictures Animation)

The Peni we meet in Into the Spider-Verse is a bit more stylistically different from her comic book origins—and they’re pretty limited, as she is one of the most recent additions to the Spider-Verse. But that still doesn’t mean there aren’t at least some stories for you to check out!

Peter and several of his Spider-friends unite in Spider-Verse. (Image: Olivier Coipel and Justin Ponsor/Marvel Comics)

It’d be pretty silly to recommend Into the Spider-Verse-adjacent comics and not mention the series it borrows its name and extended premise from. In 2014, Spider-Verse united Spider-heroes from across all sorts of parallel realities (not just old faces from alt-stories, but new heroes, like Gwen and Peni!) in order to face the Inheritors, a race of multiversal vampire-esque beings who feed on the energies attuned specifically to Spider-powered heroes. It’s got a tonne of incredible Spider-Man fanservice, just like Into the Spider-Verse—and is a true love letter to the legacy of one of the greatest heroes in comics. 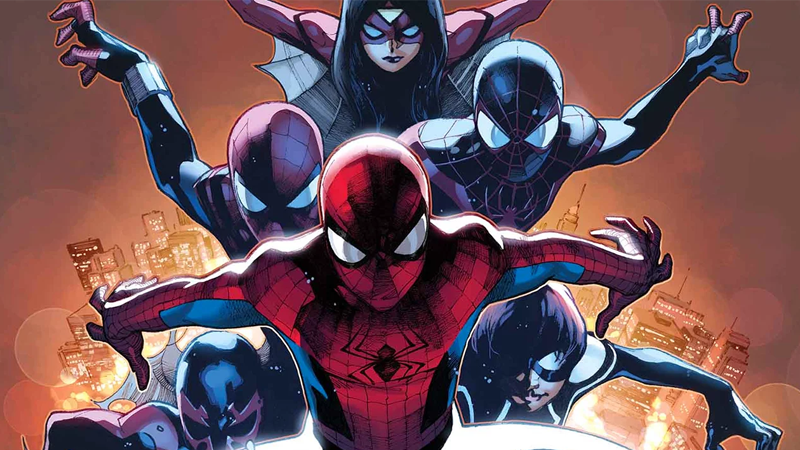 Featured image: Spider-Man: Into the Spider-Verse