2019 is the year that tech gets it together, we can feel it.

Last year, we pegged our hopes for 2018 on ambitious technologies like mixed reality and alien alloys. We learned our lesson. Looking ahead to 2019, we’re excited to see tech wrestle with some of its failures and possibly innovate its way out of the messes it’s created.

As tone-deaf, duplicitous, and just plain wrong as the tech world often is, there’s still a good chance that it started to read the room over the last year. Pressure from lawmakers, the public, and from within is growing and there’s a reason to believe we’ll see newcomers and the establishment taking steps to curb issues like screen addiction and invasion of users’ privacy.

Don’t count on Jeff Bezos allowing workers to take an extra loo break or Sheryl Sandberg sacrificing profits to make a better product. But there are a few developments to keep an eye on next year that could make the world a better place or at least a more enjoyable one. 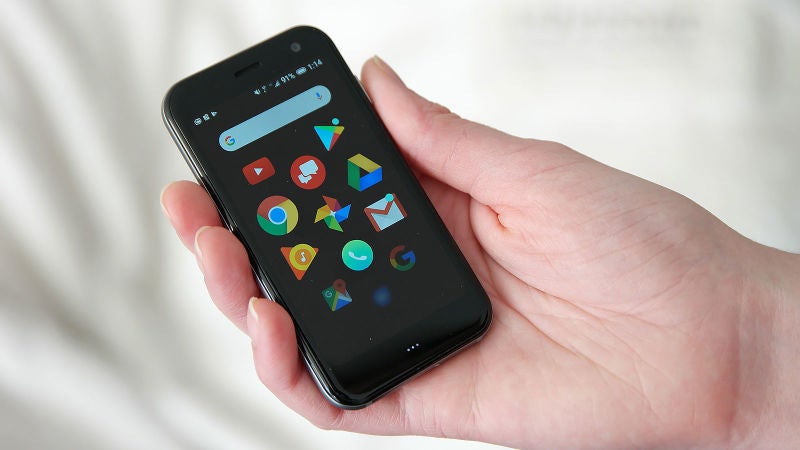 Itty bitty phones that get the job done

This is about one phone, really. One phone that could start a revolution, if its maker would just give up on the stupid revolution it’s trying to spark that no one wants. The Palm Palm is supposed to be the phone you take when you want to get away from your phone. However, it’s currently only available in the US, and you’re required to have a primary phone to get it.

A secondary phone that is a little less functional and a little less tempting to look at for extended periods of time isn’t the worst idea in the world. But it sounds like a luxury few would or could take advantage of. A better idea would just be to sell the little phone on its own.

Nothing that passed through the Gizmodo offices gets a unanimously positive reaction from our staff. The Palm Palm did. It’s novel as hell, it can fit in your wallet, and it has a clever interface that adapts a fully functional Android OS to its tiny form factor. If the camera was better, I’d finally quit the iPhone and go all in on this experiment to reduce my screen time.

Maybe don’t get too excited: Palm always loses, and if this thing bombs, other companies may give up on copying the approach. 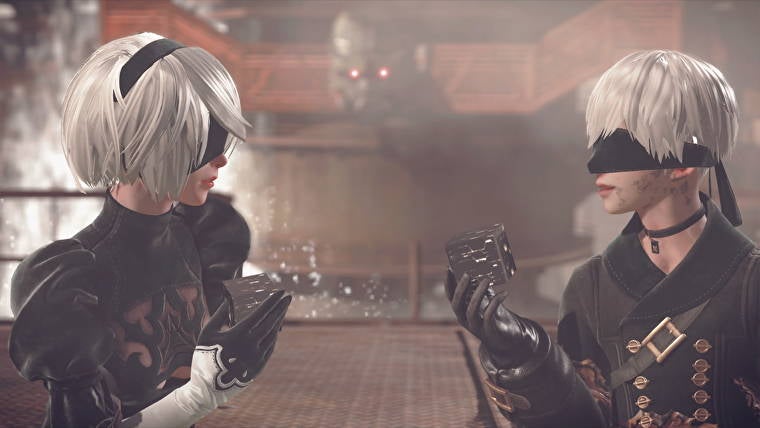 2018 was the year that privacy concerns really broke through with the mainstream public. And where the mainstream goes there’s money to be made. In November, Apple reportedly purchased the privacy-conscious AI startup Silk Labs. The company shares an approach with Apple in its focus on processing as much data as possible locally and minimising how much personal information is uploaded to the cloud. It appears that Silk Labs could be part of a broader plan to make IoT devices better at protecting your privacy, but mostly we’re excited to see others hyping up privacy as a built-in selling point rather than something that they’ve been forced to implement after a spectacular failure.

Maybe don’t get too excited: Big data is still the name of the game in the tech business, and if there’s any hope of a significant reversal, it’s going to take far longer than 12 months. 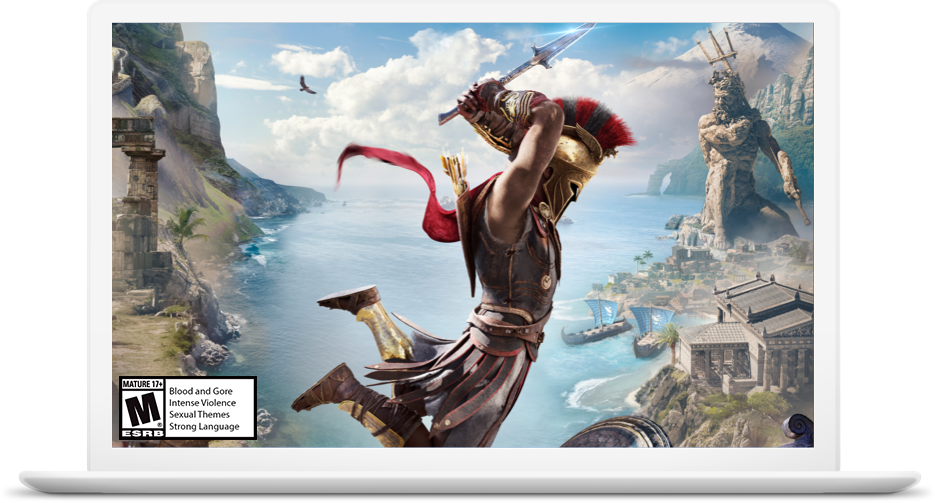 Services for streaming video games, like Sony’s PlayStation Now, have left a lot to be desired. Even running older games that don’t need much computing horsepower, they struggle with inconsistent frame rates and lag. But we saw signs that it’s all going to change soon.

Google’s rumoured gaming platform peaked its head out of the shadows in October when it started offering anyone the chance to try out Project Stream for themselves. Yes, you’re doing free testing for one of the wealthiest companies in the world but they’re offering people the chance to play the new Assassin’s Creed game for free, right in their browser. Our colleagues at Kotaku had a mostly positive experience with it even with using outdated hardware and a slow-ish internet connection. In Japan, Nintendo also offered Assassin’s Creed Odyssey as its second streamable game on the Switch.

There are a few reasons this is an exciting development. First of all, Assassin’s Creed shouldn’t be playable on a Switch. It’s a big-ass game that pushes the more powerful Xbox One and PlayStation consoles’ limits. But cloud-based computing means that inferior hardware can have a longer shelf life. And as much as we hate to see Google get its fingers in yet another pie, it’s impossible to not be intrigued by a new challenger entering the console wars.

Maybe don’t get too excited: The popularity of streaming hasn’t been all great for the movie and music industries. Of course, it’s doubtful that we’ll see video games go all in on the kind of all-you-can-eat subscription model that’s devalued those products. There’s also still a significant difference in internet speeds depending on where you live. 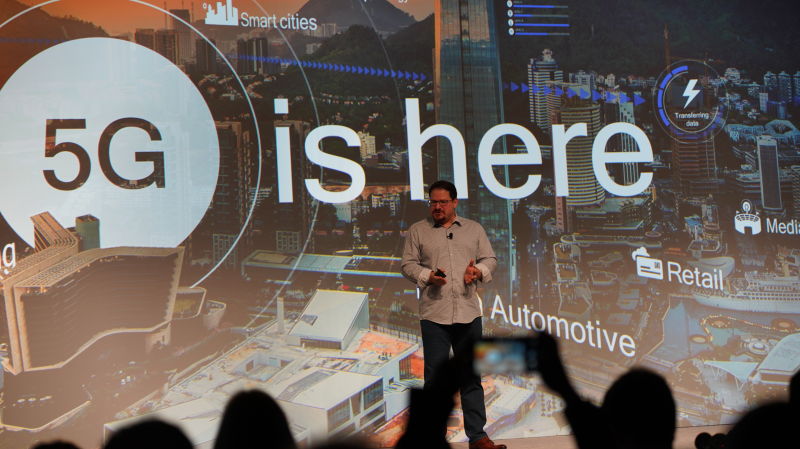 Speaking of internet speeds, 5G networks and compatible hardware are coming in 2019—for real this time. We’ve watched the next leap in mobile networking trickle out in some areas, we’ve witnessed embarrassing proof of concept demos and we’ve seen telecoms try to pass off fake 5G. All the while, we’ve rolled our eyes because even if the networks were there aren’t any smartphones to support it.

But by most accounts, we’ll actually be getting that 5G capable hardware and the telecom giants of the world will legitimately fire up their next-gen networks. It won’t happen all at once, but soon you’ll be wirelessly downloading a two-hour movie in three seconds and streaming your way through online multi-player VR games at 10 billion frames a second. Well, that last part isn’t exactly coming soon, but new technologies like self-driving cars, mixed reality, and advanced IoT devices that gobble up bandwidth are what onlookers are really anticipating. For most of us, the promise of faster speeds and zero-lag are the most important things on the horizon.

Maybe don’t get too excited: I mean, be honest, has your life significantly improved as the internet has become faster and faster? 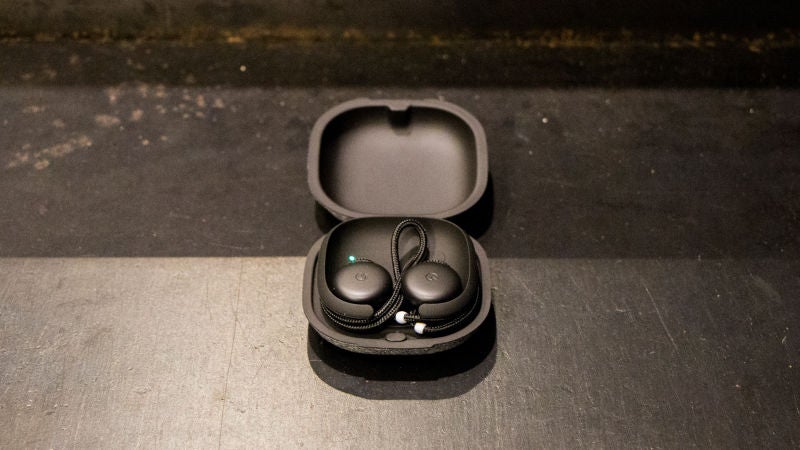 When Google released its Pixel Buds earphones last year, the truly killer feature was supposed to be the ability to conveniently translate speech in real time through Google Assistant. Unfortunately, the Pixel Buds were utter garbage and real-time translation has a ways to go.

But Google is moving at a crazy pace with its software development and there’s no reason to believe that it can’t deliver some real-time translation that satisfactorily gets the job done in the near future. And there’s no reason to believe that someone else out there isn’t perfecting this type of technology, just waiting to have their company gobbled up by Apple or Microsoft.

Maybe don’t get too excited: Trump will, one thousand per cent, send the interpreter out of the room while meeting privately with Putin because he’s got his handy translator right there in his unsecured phone. 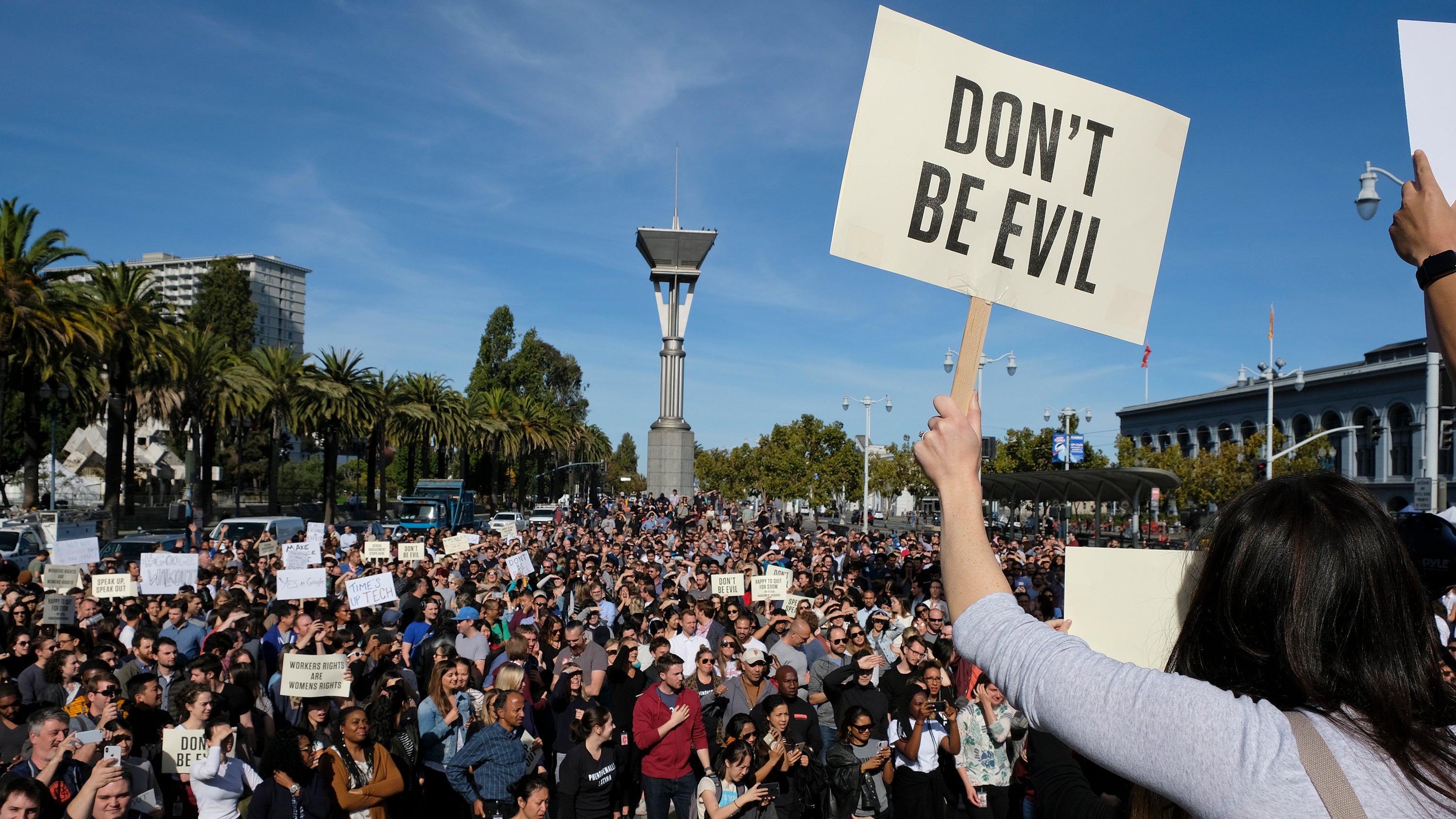 *Pushes up nerd glasses to deliver a blow to anyone saying this isn’t tech* Webster defines technology as “a capability given by the practical application of knowledge.” With that said, let me drop some knowledge on you: Your boss ain’t shit without you and your co-workers who do the actual labour.

As my colleague Bryan Menegus defined it, 2018 was the year workers stood up to big tech. Workers have power when they make demands together and that’s even truer when it comes to the ultra-competitive tech industry. Workers saw their overlords participating in immoral industries or making unreasonable demands and they cried foul. Sometimes they won, like when Google and Facebook agreed to end forced arbitration for sexual harassment complaints. Other times, the bosses at least temporarily backed off their idiotic schemes, like when Google quietly slammed the brakes on its censored Chinese search engine.

With tech giants fully embracing their status as pseudo-monopolistic nation-states who only need to feign deference to things like laws and governments, the workers are our only hope.

Maybe don’t get too excited: The modern robber barons aren’t backing down without a fight. 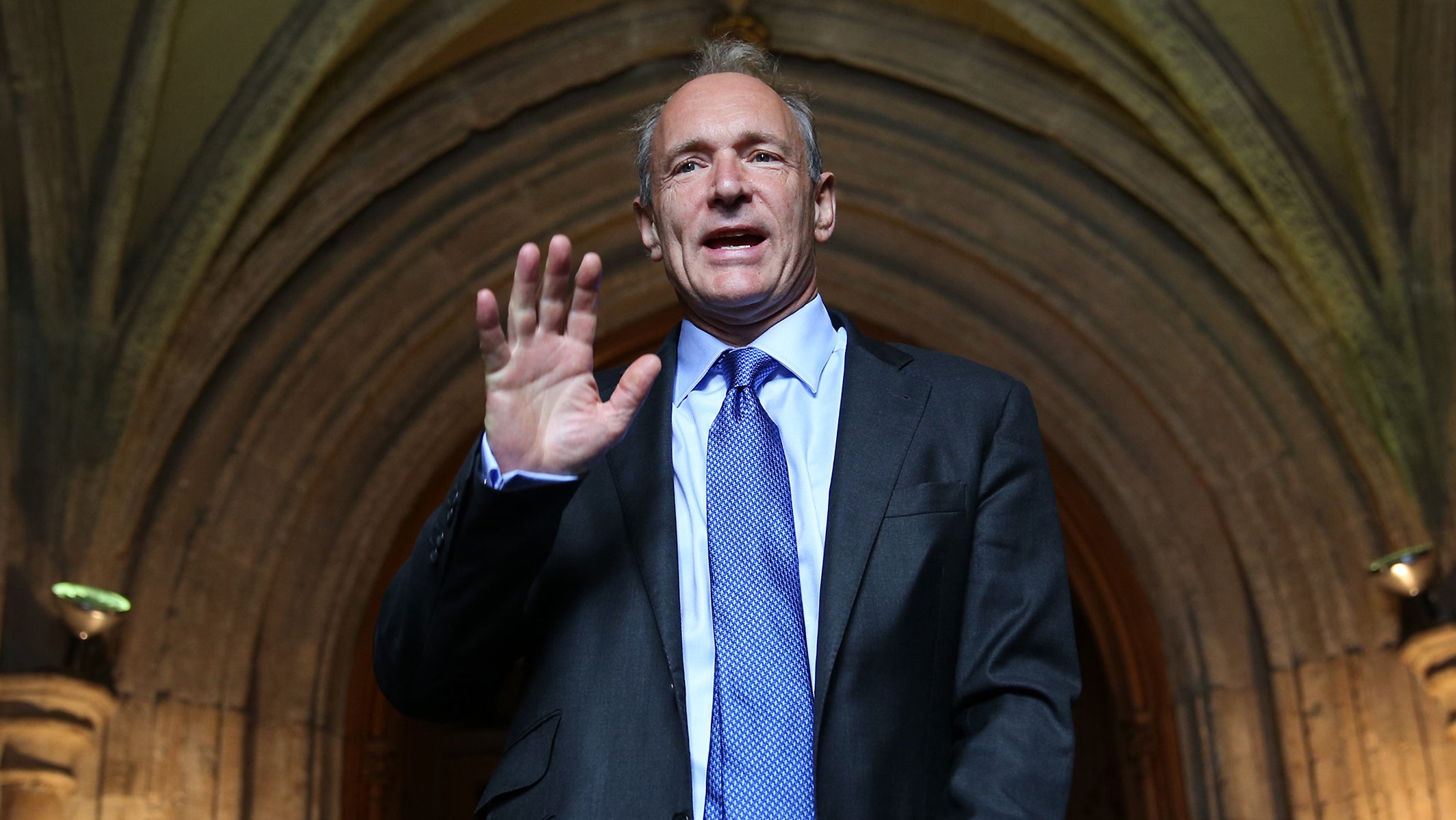 This internet is trash. We ruined it. Some people recognise this and are trying to figure out a new approach that might be better. For instance, Tim Berners-Lee, the father of the world wide web, has a startup called Inrupt that’s working on a “decentralised” version of the web that would give users more control over their own data and how it’s spread and shared around the world.

Everyone working on a new internet offers sketchy ideas about decentralising the web, most prominently developers working in the blockchain world. Every developer has a different version of how this will work out but the common idea is to use some kind of peer-to-peer network and locally-run decentralised apps to cut the tech giants out and give you more secure control over your data. This would make the web harder to censor, nullify monopolies, and maybe even create new economies in which you can profit individually from the web activity that you currently give away for free.

This isn’t an achievable goal in 2019 but mark our words, you’ll see more people joining the push for a new web and more concrete ideas for how it’ll work. As more mid-level engineers find themselves dissatisfied with their work and more tech leaders decide they want to right their wrongs, this movement will only gain momentum.

Maybe don’t get too excited: There’s always the threat of the same old masters of the universe getting behind the new internet and finding a way to reassert control. And, of course, as flawed humans, we’ll find a way to screw this all up on our own before we rip it up and start again.