Testing out a new augmented reality game is typically hard enough. From the beginning, you’re thrust into a world that sort of looks and feels like reality, but inherently operates on a slightly different set of rules. But when you’re forced to play the same game on what is essentially a prototype headset, the line between hardware and software starts to blur in strange ways.

This was the challenge I encountered while demoing Insomniac Studio’s (makers of Spyro, Ratchet, and Clank, and that new Spider-Man game on PS4) new game Seedling on the Magic Leap. And while my experience wasn’t exactly what you’d call smooth, the way the whole experience fed off an awkward, still-nascent platform had me thinking about the future of gaming—both traditional and augmented—for multiple days long after demo had ended.

At its core, Seedling is a pretty simple game. It’s a lot like Nintendogs or a modern day Tamagotchi, except that instead of looking after a pet, your job is to take care of a space plant. Sure, Seedling has an additional narrative about a galaxy on the brink and how these plants are the last surviving vegetation of a dying race, but the game could just as easily be summed up as a space botany simulator. 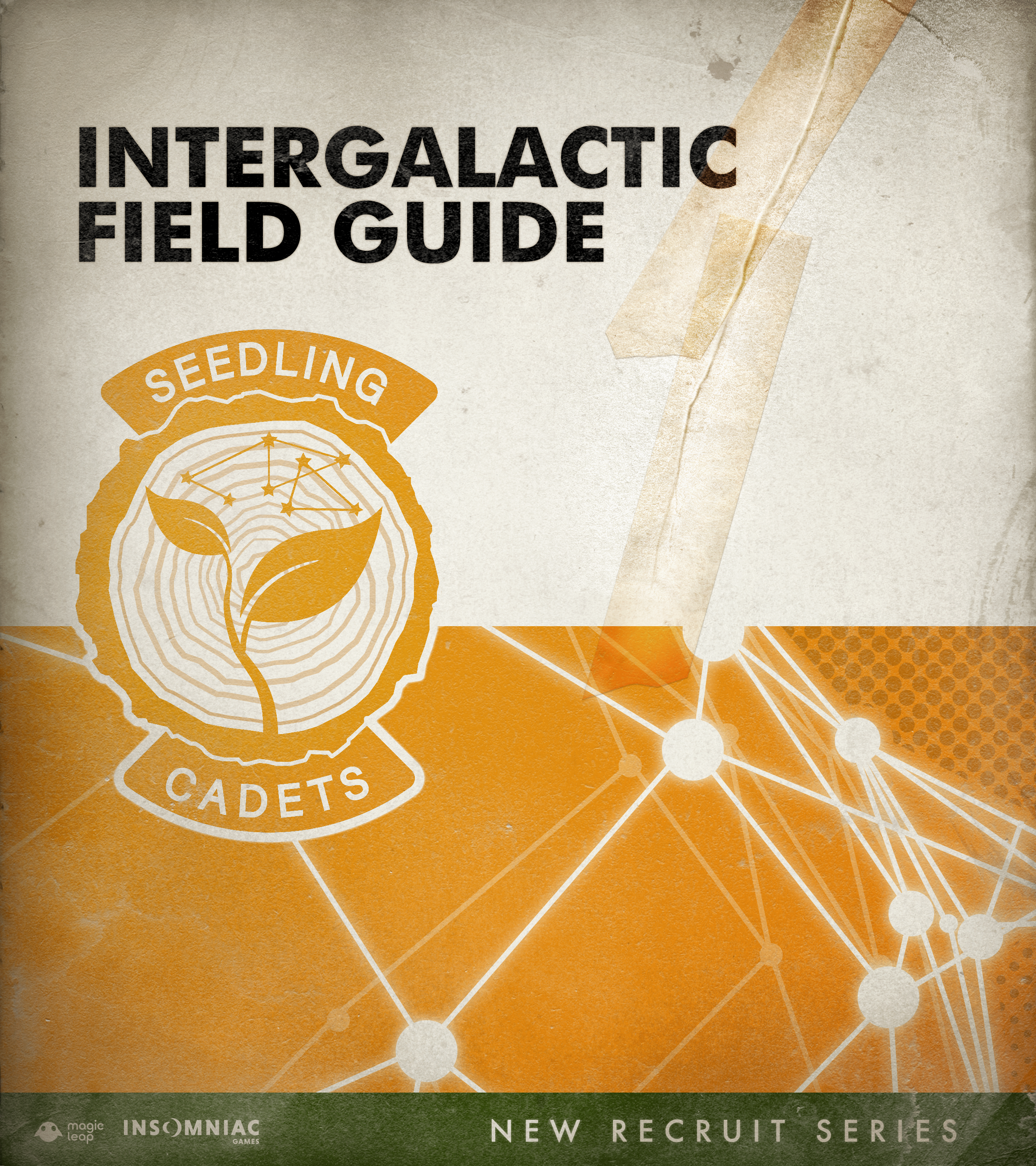 Where things get interesting is when you combine Seedling’s concept with Magic Leap’s AR headset, which not only allows you to pick up a virtual watering can and shears in order to care for the plant, it also places that plant in the same room you’re standing in, instead of a random computer generated room in virtual space.

Now I’m not going to say that Magic Leap’s AR effects made my space plant feel genuine, but at the same time, it didn’t feel entirely fake either. I mean there it was, sitting on a real table in front me, an overgrown ginseng root thing complete with space bugs hovering nearby that flew away when I tried to swat them. 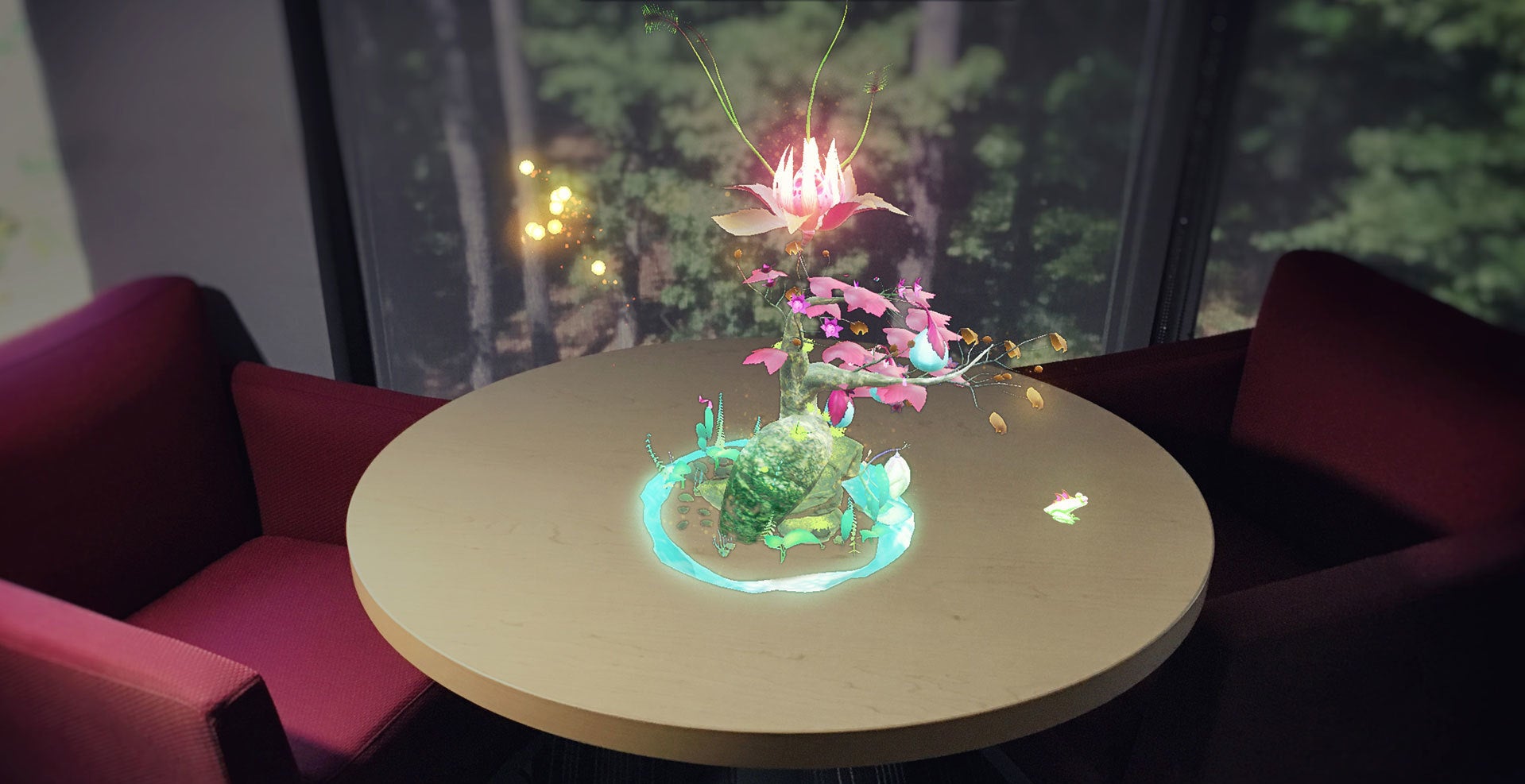 You can water the plant, prune its branches, rip away blight, and watch it grow right in front of your eyes. And when I took a quick break and removed the headset for a sec, it was downright weird seeing the plant suddenly disappear even though nothing else in the room had moved.

For someone like me who hopes one day hopes to have a little garden in a greenhouse, this was almost the next best thing. And while my demo wasn’t long enough to see the plant’s full growth, Seedling’s creative director Nathaniel Bell assured me that in the full game, my little sprout, along with a bunch of other shrubs and plants would continue growing over the course of a month into a big happy tree. On top of that, through the power of AR and cameras built into the headset that can map the surrounding room, the seedling can even become a part of whatever room its in, growing in and around nearby objects like a shelf or lamp post.

The whole thing was an enchanting, if bite-sized experience. Which is fine, because you’re only supposed to play Seedling for about 15 minutes a day as you tend to your plant’s needs, check in on it from time to time, and watch it grow. And with a price tag of just $10 (£8), I’d happily fork over that much money if the game was available on anything I own. But it isn’t, it’s something that can only really exist on a Magic Leap (or maybe a HoloLens), which currently, is only available as a developer-focused Creator’s Kit in select US cities for $2,300 (£1,841). 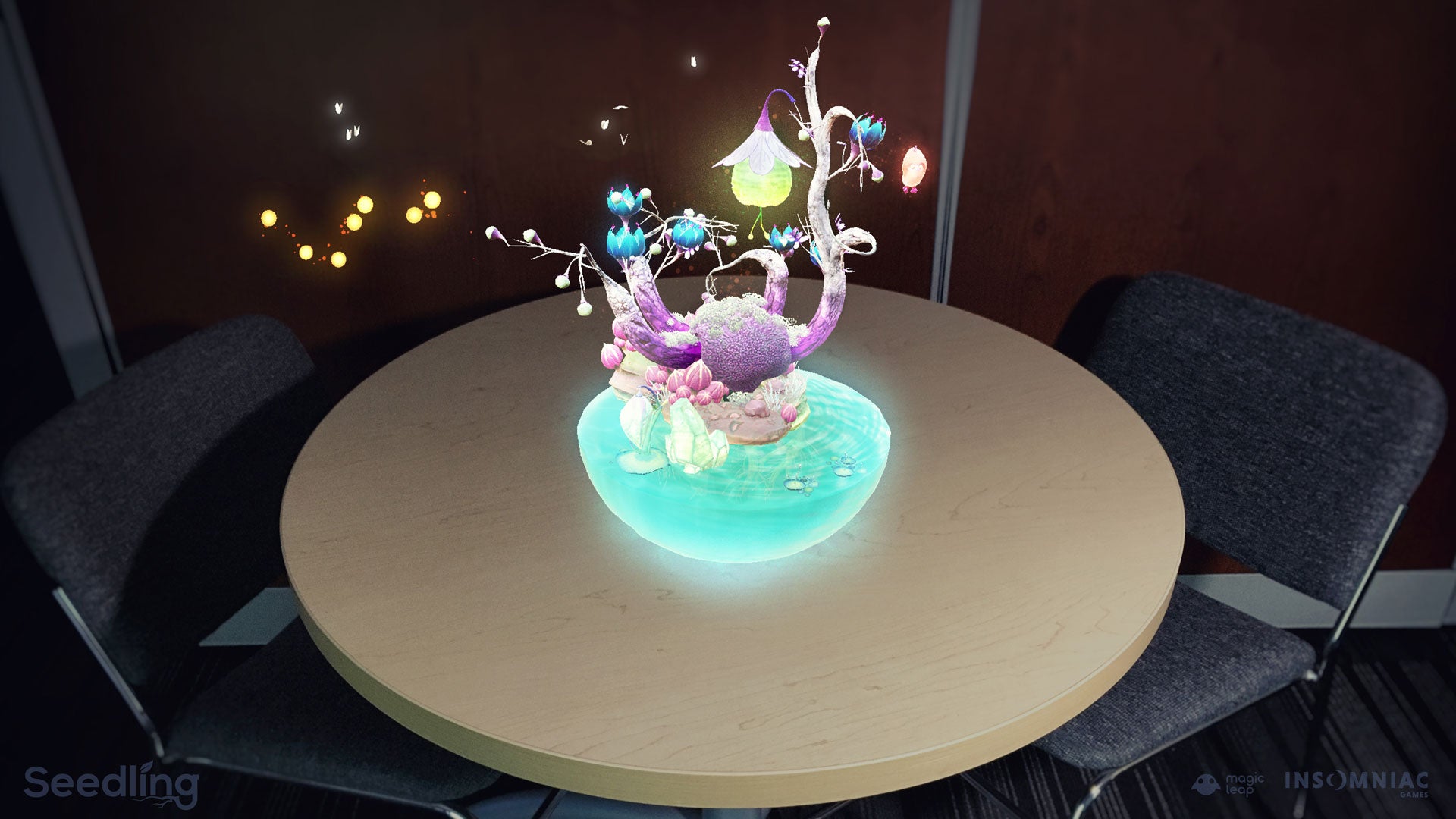 When I think about that price and the current state of Magic Leap’s tech, a huge disconnect appears. No one is going to pay that kind of money for this. Insomniac and Magic Leap would need to include an actual moon rock with the bundle for me to even consider it.

I’d never tried the hardware before this experience, and I found its ergonomics not terrible, but the overall experience of Magic Leap is awful right now. I ran into some issues. When I used my fingers to turn a page in my virtual Seedling scout book, the page would get stuck vertically halfway in the middle. Even the simple act of starting the game by pressing a virtual red button that appeared on a nearby table never worked, no matter how many different times and ways I tried to tap it.

The Magic Leap Creator’s Kit consists of three main pieces: the headset, the wireless controller, and the belt packs that houses all of the system’s guts. (Photo: Sam Rutherford/Gizmodo)

The pack is designed to slip into a pocket or hook onto a belt or waistband. (Photo: Sam Rutherford/Gizmodo)

The reality button toggles the AR display on and off. (Photo: Sam Rutherford/Gizmodo)

The little nub on the belt pack is its power button. (Photo: Sam Rutherford/Gizmodo)

There are two buttons in back, though I only really need to use the trigger while playing Seedling. (Photo: Sam Rutherford/Gizmodo)

Those weren’t the only issues I ran into either. Even when everything was working right, I noticed that the wireless controller is imprecise and that the headset’s AR field of view was still too small. It covers the centre of your field of view (about 40 degrees left and right and 30 degrees up and down). But that still leaves a lot a room around the edges unaccounted for. That means you don’t feel fully immersed like you really want, and instead are forced to step back a bit when you want to take in the full scene, a process that nibbles away at the AR-powered illusion.

This got me thinking about the Magic Leap’s lofty valuation, which has been pegged as high as $6 billion (£4.8 billion). At this point, all I can say is that it seems like through a combination of overly enthusiastic VCs, unbearably optimistic marketing, and an immature platform where developers are just barely scratching the surface, the hype for Magic Leap has simply gone way too far.

There is absolutely a nugget, a seed if you will, for novel and unique experiences buried deep inside Magic Leap’s tech. But the platform needs a lot of work and a big price reduction before people will even have a chance to try it. Here’s hoping the team at Magic Leap can nurture and prune its headset as I did with my space plant so that just maybe, it too can realise its far-out potential.