After years of rumours, iRobot’s finally announced its robot lawnmower: the Terra. Now, instead of getting up early and mowing and annoying the neighbours, you can sleep in and let the robot do it for you. On top of being able to mow your lawn, it seems the Terra will borrow quite a few features from iRobot’s successful Roomba vacuum cleaners, including smart mapping.

The Terra looks a bit clunkier than its sleeker robot vacuum cousins, but that’s probably because as an outdoor robot, it’ll be exposed to the elements. We don’t yet know a whole lot about the hardware components itself, but iRobot claims the Terra will make use of the company’s smart mapping technology. Basically, like its indoor vacuum cleaners, the Terra will be able to create a map of your yard and methodically mow your lawn in a back-and-forth pattern. It’ll also be able to remember which parts of the yard its mowed, as well as automatically return to its charging base when it’s low on battery.

And like its robovacs, the Terra will also work with the iRobot Home app. Users will be able to adjust grass height, as well as schedule whether their lawns are mowed day or night.

One interesting feature is the Terra will utilise wireless beacons, instead of pesky boundary wires. (You know, so your very expensive robot doesn’t wander off down the road to incite an uprising.) Husqvarna’s Automower 315X requires you to physically hammer stakes into place so you can create a boundary with about 500 feet of perimeter wire, so wireless could be a welcome change. As to how these wireless beacons work, iRobot told me that they are “Anchored into the ground with a stake that can be pushed or hammered. The beacons are meant to remain in place throughout the mowing season.” 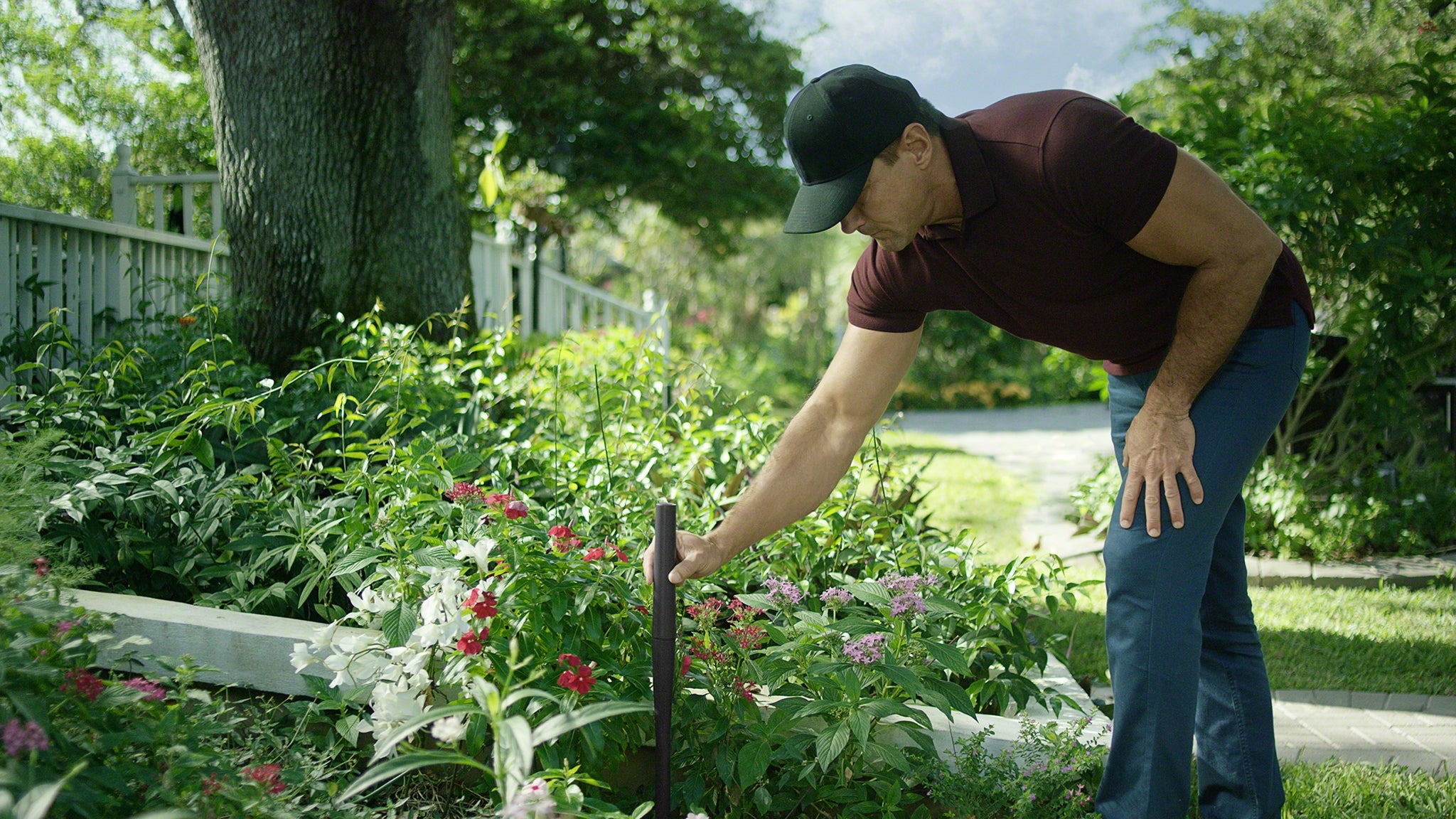 These wireless beacons will purportedly eliminate the need for perimeter wires. (Photo: iRobot)

And while there’s no word just yet on pricing, don’t expect this bot to come cheap. While you can find some robotic lawn mowers in the £500-£1,000 range, they can also cost upwards of £2,000. But taking a glance at connected Roombas with similar features and adding the need for multiple wireless beacons, it’d be surprising if the Terra retailed for under £1,000. That said, it’s not entirely clear when the Terra will be available for sale in the UK. Currently, iRobot says it’ll be available for sale in Germany later this year, and plans to launch a beta programme in the US this year as well.