Smog-Choked Bangkok Is Going to Make It Rain

In the capital of Thailand, a bout of toxic air has gotten so bad that officials are planning to literally make it rain to combat the smog.

Over the weekend, air quality in parts of Bangkok veered into the “very unhealthy” category, with particulate matter levels as high as 227. Anytime the air quality index rises above 150 is no bueno, but these levels of air pollution affect everyone, regardless of age or existing health issues. Air across the city stayed in the “unhealthy” range through the weekend.

Now, the city is taking a drastic step to improve the situation: seeding clouds to induce rain. This is coming from a country that is home to the Department of Royal Rainmaking and Agricultural Aviation, so maybe it shouldn’t be all that surprising. The department announced Monday it would be sending off planes sometime Tuesday to inject clouds with a mixture of chemicals that are supposed to make them produce rain.

That’s not all Thai authorities are up to, either. They’ve have handed out some 10,000 face masks, according to Phys.org. They’ve also been hosing streets down with water to help mitigate the pollution, report Reuters, as well as firing water cannons into the air. It’s all reminiscent of what went down in New Delhi, India, just last month. There, firefighters had to help officials in the capital region fend off the smog by shooting water from high-rise buildings. 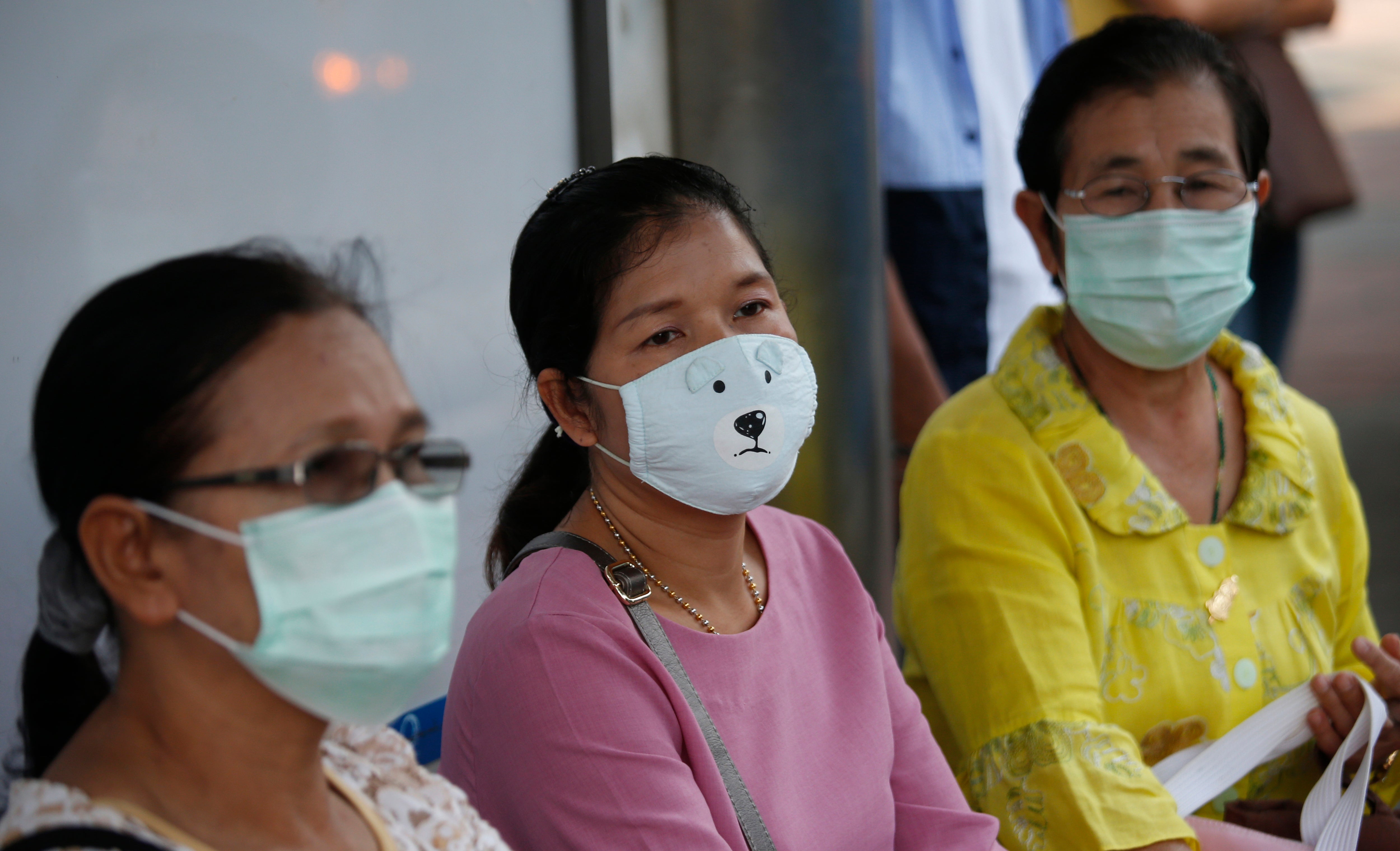 The severe air pollution in this part of the planet deals with translates to serious health problems for the people who live there. One-third of global deaths related to air pollution hit Asia’s Western Pacific region, according to the World Health Organization. A lot of this burden stems from industry, along with heavy-duty vehicles in urban areas. However, even rural areas face serious air pollution if they practice crop burning, which is popular in India, or burn wood to heat their homes and stove.

In India, leaders are now starting to take bigger steps to address their diminishing air quality. Last week, the country released a long-anticipated national plan to combat its notorious air pollution. Unfortunately, critics are calling it out on its lack of clarity: It’s missing directives for local governments, specific timelines, and enforcement guidelines, per the New York Times.

In Thailand, officials are taking it to the next level as they prepare to manipulate the weather. That might sound like some creepy futuristic shit, but the practice isn’t all that new. The United States has used cloud seeding to deal with lack of water. So has the country of Jordan. The verdict is still out on its effectiveness, but Thai officials seem to think it’s a worthwhile gamble. What other pollution-ridden Southeast Asian country will be next?