Why Choosing Between Windows and macOS Still Matters

Sometimes it feels like the operating system doesn’t matter. Sure, the fans will always be there ready and willing for a debate, but for most of us, there’s little difference between using Windows or macOS. Most of our day-to-day computing is happening in a web browser—and those are pretty universal at this point. The really popular apps we might use, like Spotify, Slack, or Photoshop, are cross-platform too. But it really does matter which OS you use, and not just because there might be a learning curve if you make a switch. Here are some of the key reasons why your choice still counts. 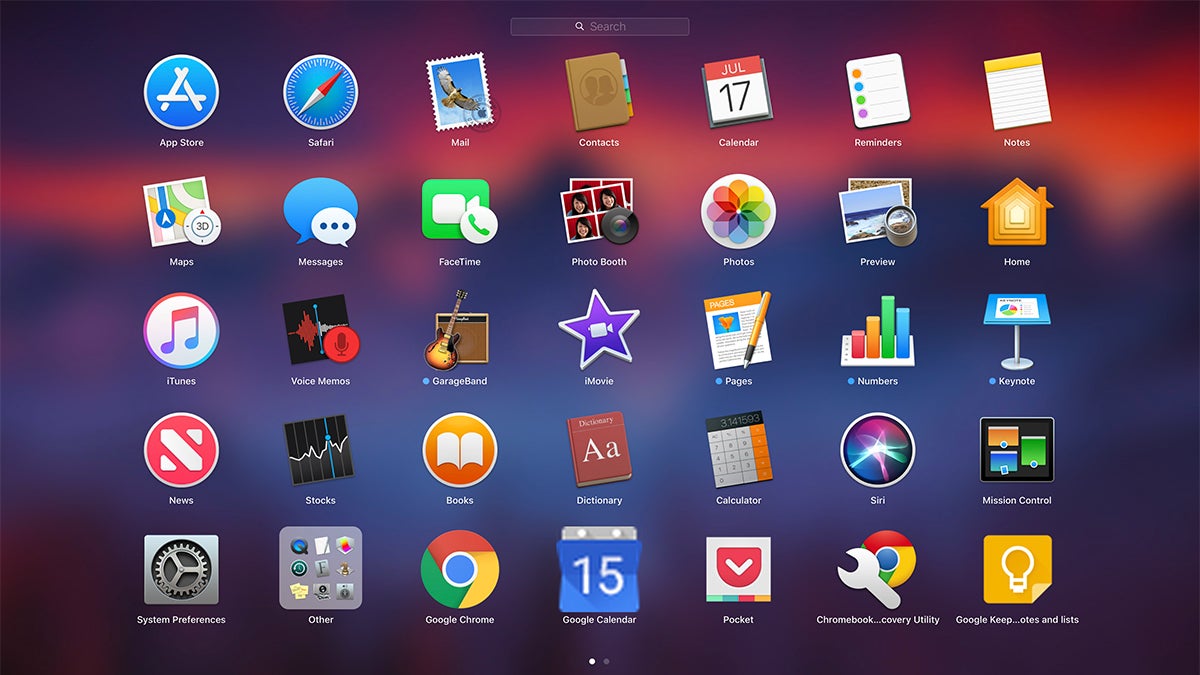 There’s no doubt macOS has the edge when it comes to the software you get with your operating system. Mail, Safari, Apple Maps, Messages, FaceTime, iTunes and the rest. Admittedly Pages, Numbers, and KeyNote can’t match Microsoft Office in terms of features and power, but they’re more than enough for most people—and completely free.

Then you’ve got iMovie for movie making and GarageBand for music making for free as well, neither of which have Windows equivalents, and you can see why macOS is the operating system to pick if you want most software out of the box. You might well never need to install another application. 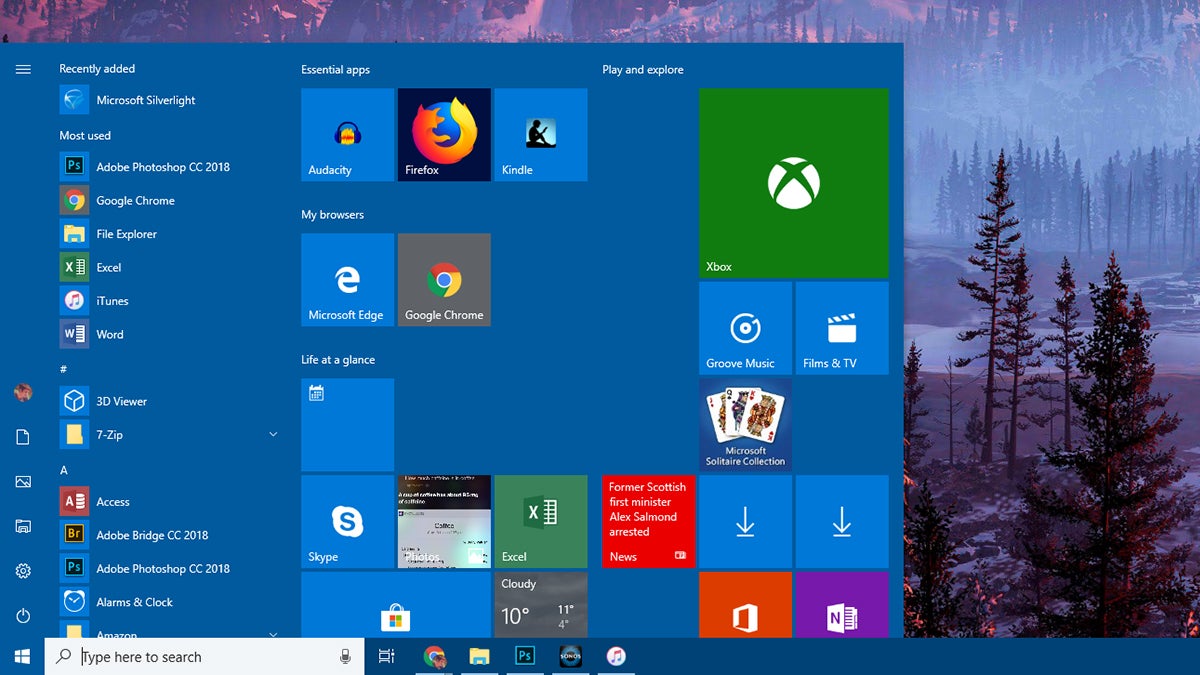 Windows has a broader choice of third-party software (Screenshot: Gizmodo)

Over on the Windows side of the fence, you do get basic email, calendar, and contacts clients as part of Windows 10, but that’s about it. Skype and Microsoft Edge are included too, and you get simple tools for photo, music, and movie management, but some of our favourite apps, like Windows Movie Maker, are no more, and Windows Media Player is woefully neglected.

There’s a wealth of third-party Windows software out there—much of it free—but in terms of what you get with the operating system, it’s dragging behind what Apple offers with macOS. Microsoft can console itself with the knowledge that it makes the better office suite (for both Windows and macOS), but then again you will have to pay for it.

Why it matters: Apple has a wider variety of high-quality software built in—which could save you money. 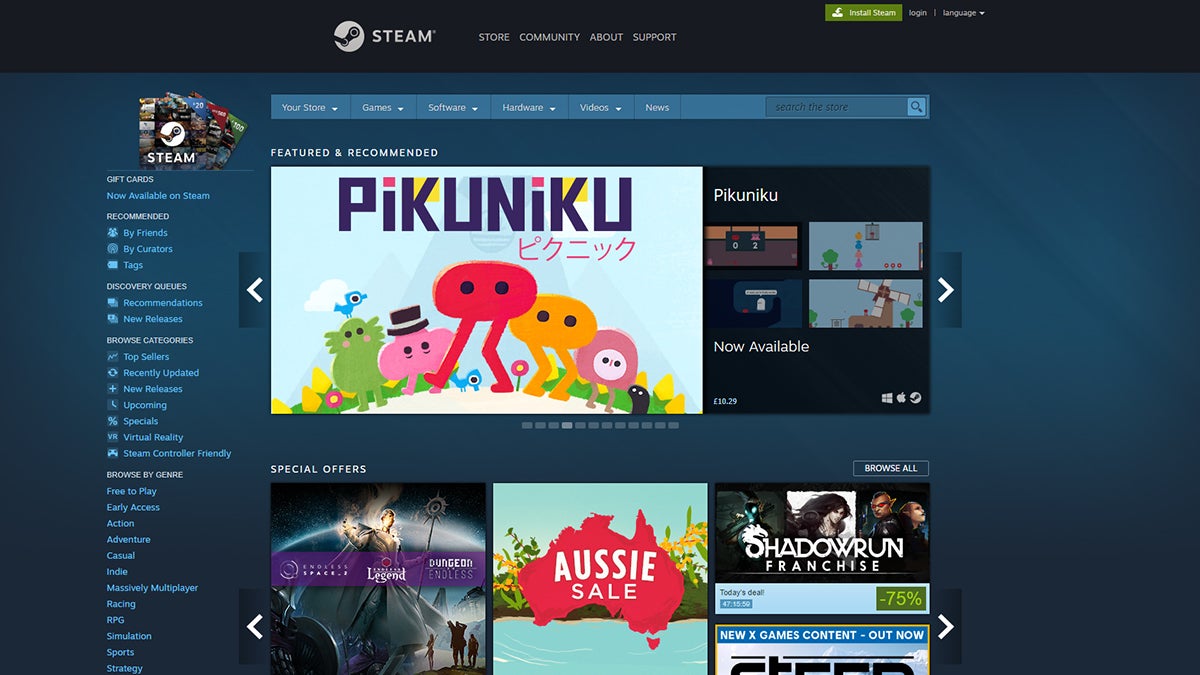 From a macOS slam-dunk to a Windows slam-dunk: Microsoft’s operating system is the place to be if you’re interested in gaming or virtual reality. While the HTC Vive headsets can now work with macOS Mojave, the same can’t be said of the Oculus Rift, and the Windows Mixed Reality headsets are, as you’d expect, Windows only. If you’ve got an Xbox, a Windows 10 computer is the perfect companion too.

Gaming support isn’t non-existent on the Mac platform, but it’s a long, long way behind what you get on Windows, which has top-tier titles, support for a much bigger range of Steam games, and so forth. Most Macs don’t come with a discrete graphics card (though external GPUs are supported), which means a lot of macOS machines just aren’t ready for serious gaming out of the box. 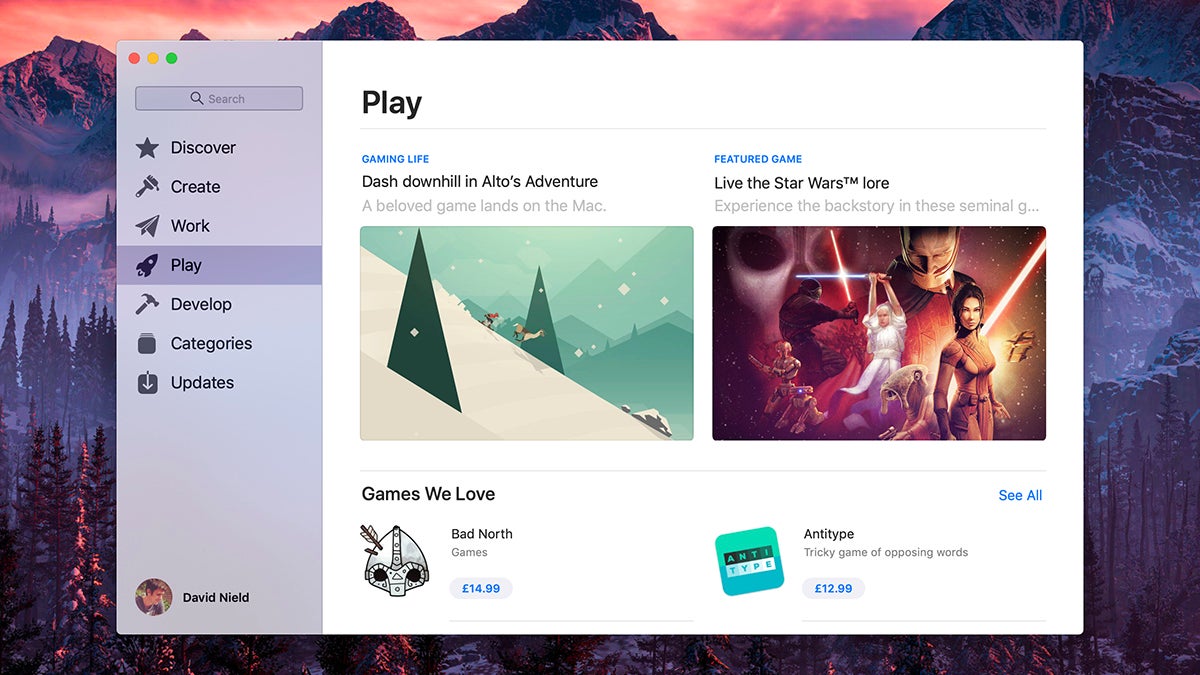 macOS is a long way behind in terms of gaming (Screenshot: Gizmodo)

On Windows, the gaming scene is as busy and vibrant as it’s ever been. Because that’s where the players are, that’s where you’ll find the biggest choice of gaming accessories, utilities, and add-ons as well. And, of course, if you want to build your own gaming rig, you’re going to have to use Windows.

Apple has made moves to improve gaming and VR support for macOS, but it’s looking like a lost cause at the moment, with little interest from third-party developers and manufacturers. Apple will have to content itself with dominating the gaming scene on mobile devices instead.

Why it matters: Windows has the superior support for VR and gaming, and can even replace a gaming console, saving you money. But a Mac, even a powerful one, for gaming, is throwing that money away. 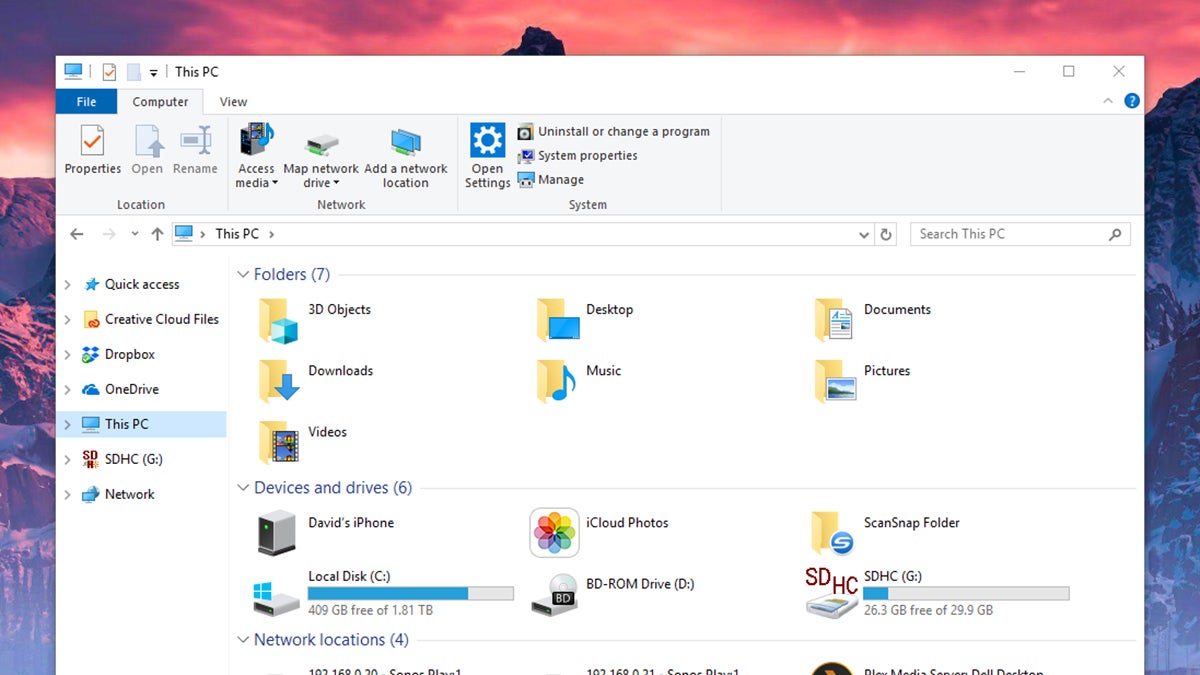 This is perhaps the most subjective part of the comparison: Windows has now become slick and polished enough to be almost as easy on the eye as macOS, and which one you prefer really comes down to personal choice. It’s probably going to be the one you’ve spent most of your time using in the past.

Speaking as someone who uses both macOS and Windows every day, I find Windows easier to get around—but that’s probably because it’s the one I’ve been using for longer. File Explorer in Windows seems a lot more intuitive and capable than Finder, but then I have had several extra years to learn the shortcuts and the necessary techniques. 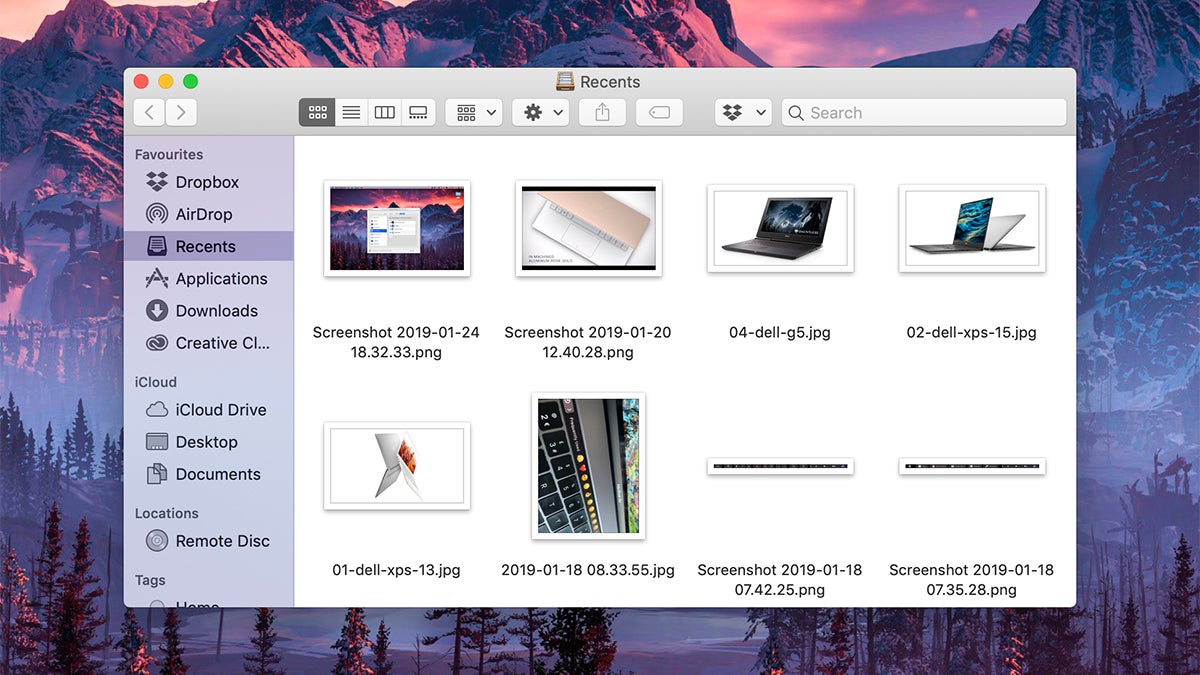 Even when it comes to windows management—more regimented on Windows, more free and easy on macOS—you’re likely to have your own preference that you’ve just got used to. What differences there are, whether it’s Siri vs Cortana or the dock vs the Start menu, they’re not really going to have an impact on your productivity.

Both Apple and Microsoft have borrowed enough from each other over the last five-to-ten years (hello dark mode) that there are no big gaps here. I like the way windows can be snapped to the screen edge on Windows, and the way desktop icons can be automatically organised on macOS, but we’re talking minor rather than major differences.

Why it matters: The UI is actually the one place where it doesn’t matter! Apple and Microsoft have both done a good job creating attractive and pretty easy to use systems. Though you’ll have an easier time using the one you’re more familiar with. 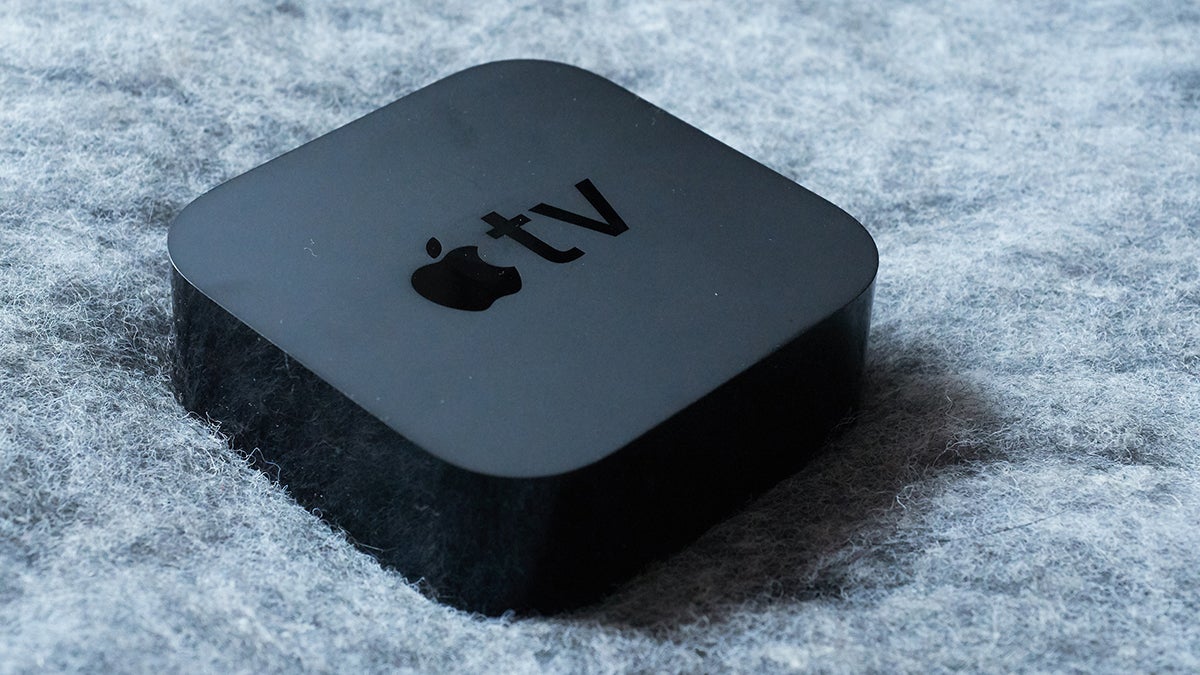 Now, here’s the rub—like a lot of your other tech choices nowadays, you’re not so much choosing between Windows and macOS as choosing something that’s going to work with what you’ve already got set up. That includes other devices as well as other services like iCloud, OneDrive, or Google Drive.

You can use iPhones with Windows and Android phones with macOS, but your life is going to be a lot easier if you stick to everything by Apple or stick to the alternatives. If you’ve got an Apple TV set up in the living room then you’re only going to be able to beam audio to it from Windows—not video; on macOS, you can use AirPlay to send audio and video, and to mirror your screen. 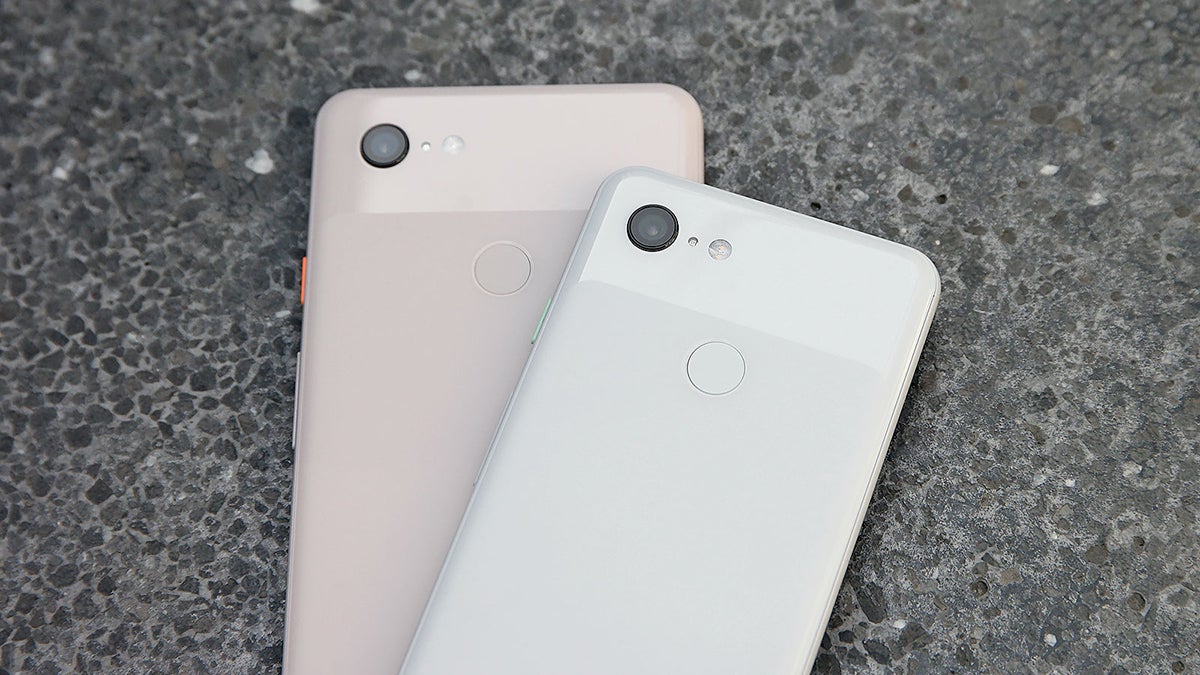 If you live your life on an iPhone then all your calendars, contacts, notes and everything else are going to sync magically to macOS. You can sync to Windows too, but it’s more difficult to do and requires jumping through more hoops. If you live a multi-platform life the best option is perhaps to eschew Microsoft and Apple services completely and get Google to do all the cloud stuff instead. Both Windows and macOS support it quite nicely—though on Windows 10 you also have the added benefit of being able to respond to text messages from your Android phone on your computer.

Apple’s ecosystem, which is tied down to Apple itself, or pricey partners, feel small by comparison. Yet the AirPlay-on-TVs deals we saw at CES and support for AirPlay on Sonos speakers seem like signs that Apple is looking to take a few bricks out of the wall around its garden going forward. That said, it’s fair to say Windows works with a bigger variety of kit than macOS does. If you don’t want to have everything you own crafted by a single company than Windows is for you.

Why it matters: Apple’s more closed off ecosystem just works, but also restricts you to expensive Apple products and partners. Windows might not work as well with Apple products, but it tends to work for better with everything else. 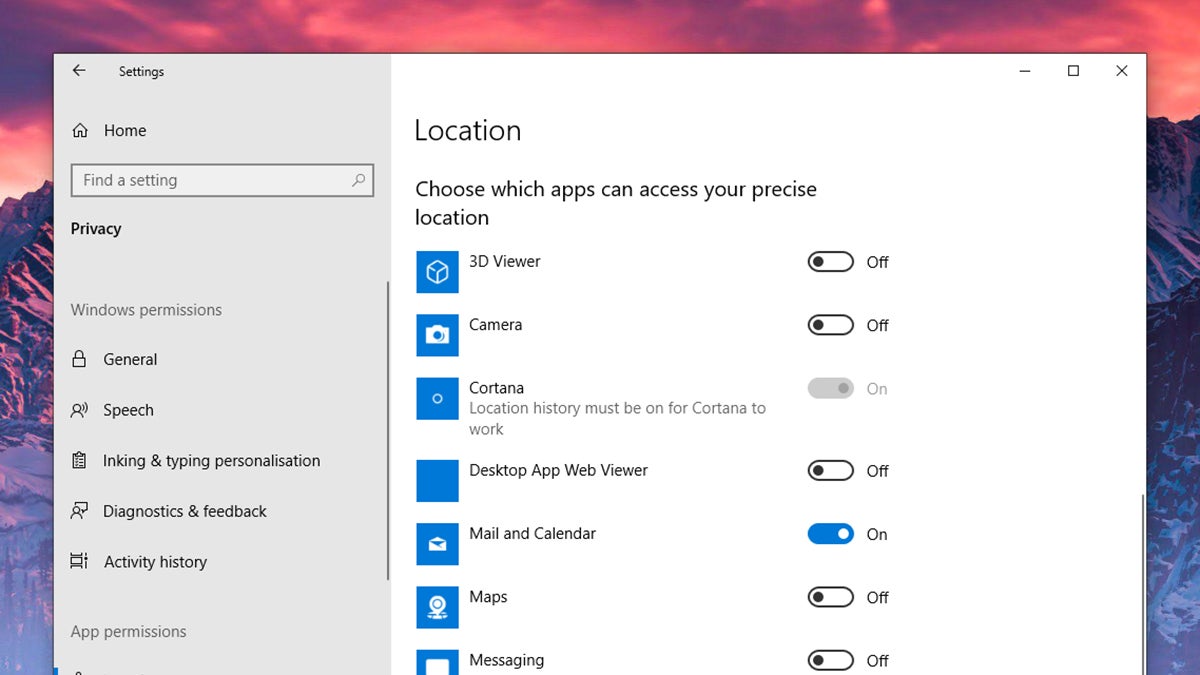 When it comes to security and privacy it’s no contest. Apple wins. It has an aggressive approach to user privacy and benefits from the fact that most of the world’s malware takes aim at Windows—which might be because of Windows’ much larger market share more than anything else. You’re statistically safer on macOS, though not completely invulnerable.

The gap isn’t a huge one though. The days of Windows being a virus riddled mess if you used it without anti-virus software are thankfully behind us. Provided you’re running the very latest version of Windows 10 (complete with its built-in Windows Defender anti-malware tool) then you’re pretty well patched against major threats. The biggest security disasters usually affect older versions of Windows or are nothing to do with the OS at all. 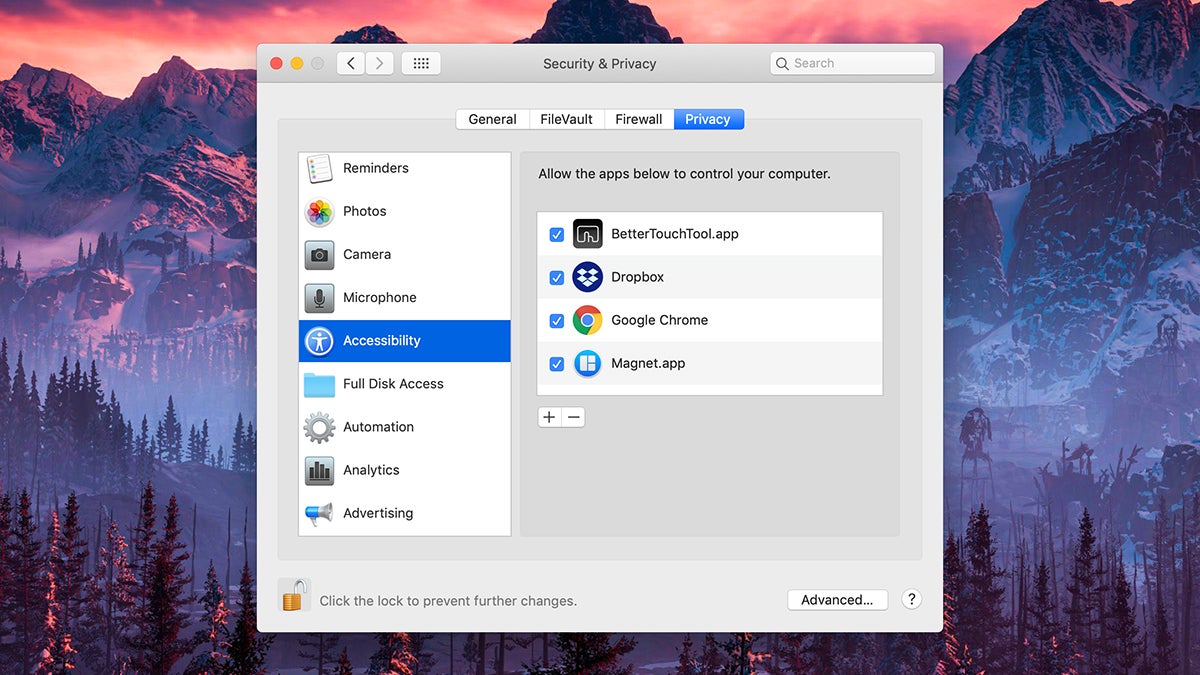 In terms of what apps can do on your system, both Windows and macOS let you control which programs can access your microphone, camera, current location, and so on. It’s fair to say that Windows users probably need to be a little more security savvy than macOS users, and Windows certainly gives users (and app developers) more freedom when it comes to the risks they can take.

As for privacy, we’re giving the nod (just barely!) to Apple, because it makes a lot of noise about wanting to protect users. Check out the privacy policies for Apple and Microsoft though, and again there isn’t a massive difference in how data is used, even if Apple relies more on local storage than the cloud—users are far more likely to be worried about the likes of Google and Facebook instead.

Why it matters: Apple’s hard line on privacy means you’re less likely to find your photos and data out in the wild. Windows has dramatically improved over the years, but you’ll still want to be well versed in privacy and security to use it as safely as you can a Mac. 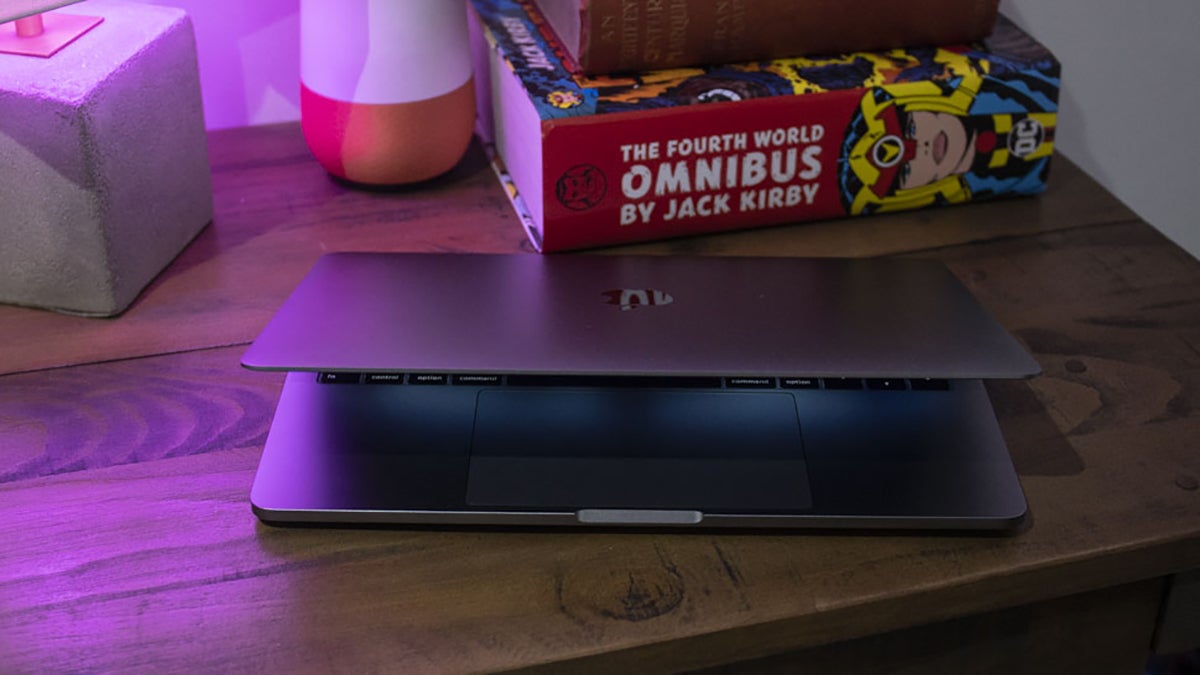 When it comes to the best value for your money Windows has traditionally had the edge and it remains the case: You’re not going to be able to pick up a £300 laptop running macOS. For students, casual users, and just about anyone on a budget, a cheap Windows machine makes more sense—especially when you consider our earlier point about a lot of modern-day computing being done through the web browser.

Admittedly many people are happy to pay extra for the Apple premium. Anecdotally, we’ve noticed Macs lasting longer than Windows machines before becoming too old and slow to be unusable, though you could probably put that at the door of the hardware manufacturers rather than Windows itself, which has actually slimmed down in recent years. 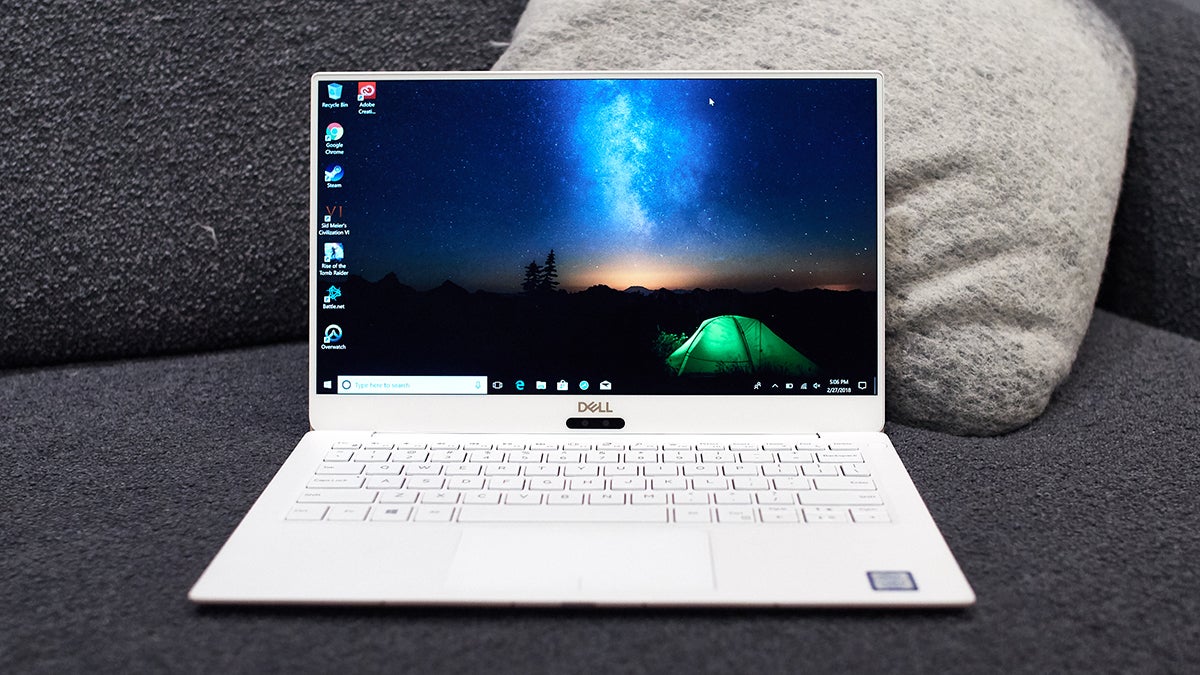 And speaking of manufacturers, Windows is available on a lot more different types of laptop, desktop, and 2-in-1. You don’t have to stick to the Mac designs that Apple puts out, because you can choose from a Surface Pro or a Dell XPS laptop or a Lenovo all-in-one. That has advantages and disadvantages, but it definitely means more choice.

Coming from someone who spends a lot of time in both Windows and macOS, both of them offer a polished, secure, fast and intuitive experience—it’s difficult to say one is particularly better than the other for every person in every situation, but that doesn’t mean there aren’t big differences to consider.