You Can Build These Analog Synthesisers Like Nintendo's Cardboard Labo Toys

If you’ve never played around with Teenage Engineering’s tiny synthesisers—like its iPod-sized Pocket Operators or the impressively-capable OP-1—you’re missing out on some fun, accessible ways to get into music. And the company is now expanding its Pocket Operators line with a series of new build-it-yourself modular instruments featuring affordable price tags for those not churning out chart-topping hits every week. 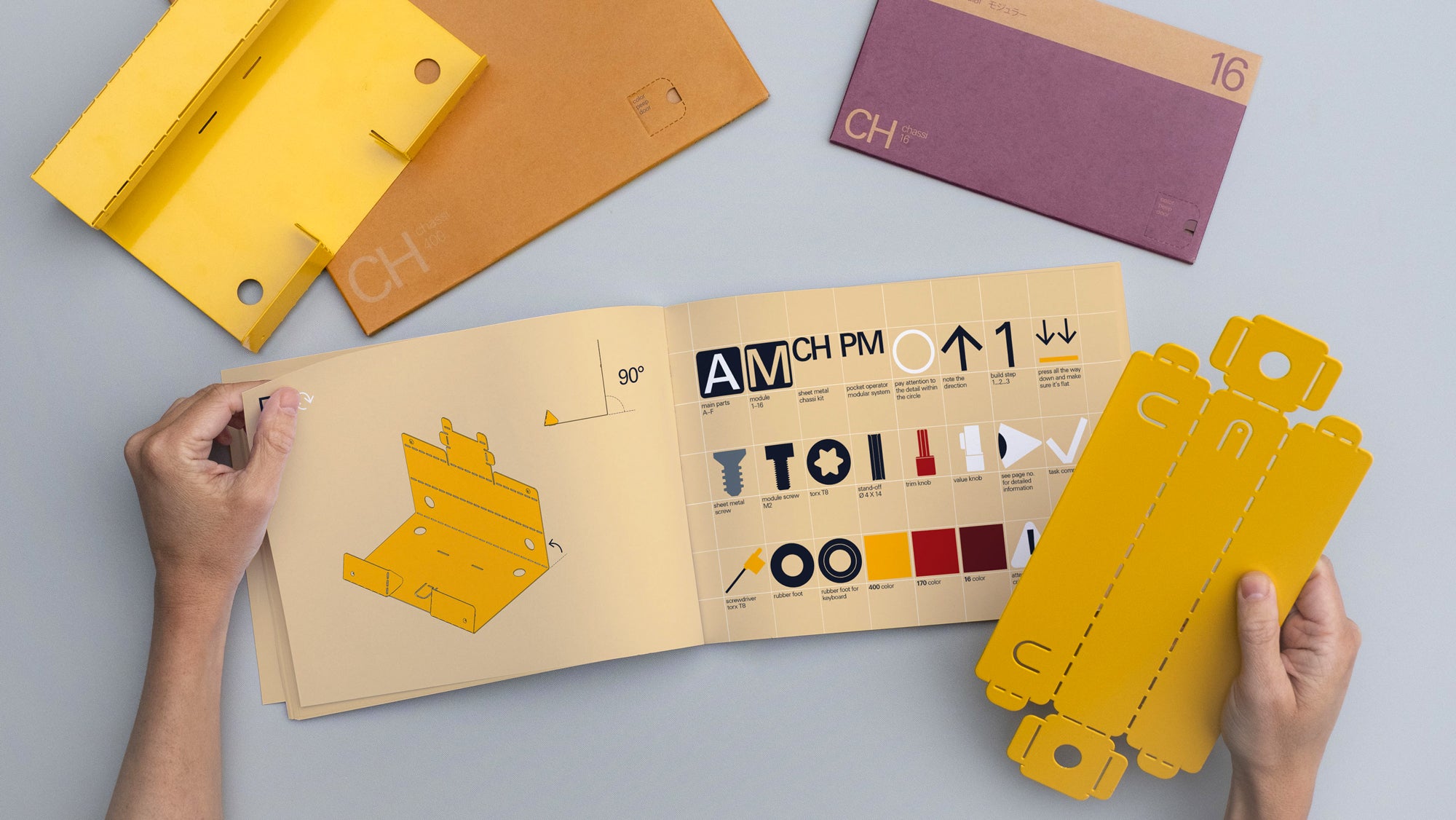 The new Pocket Operator modular kits are reminiscent of the cardboard Labo toys Nintendo created to expand the Switch’s capabilities as an interactive toy. In Teenage Engineering’s case, the new instruments are assembled from electronic components, plastic knobs and dials, and pre-cut pieces of sheet metal that need to be folded into housings. In other words, if you can follow an Ikea instruction manual, you can probably build yourself an analog synthesiser or sequencer on the cheap.

Users can build their own rack-mount synthesiser using just the new Pocket Operator modules, or start with the kids that include a fold-it-yourself sheet-metal housing. (Photo: Teenage Engineering)

There are 12 different sound and function modules that make up the new Pocket Operator collection, and Teenage Engineering expects some users to build their own racks and housings for the collection, and wire them up themselves. But the company’s electronic instruments have appealed to those who aren’t professional performers or engineers and simply like to tinker with digital music production. So the company has put together three kits to get users started, ranging in price from £139 to £469 (shipping starts in about four weeks) with increasing levels of complexity and capabilities. 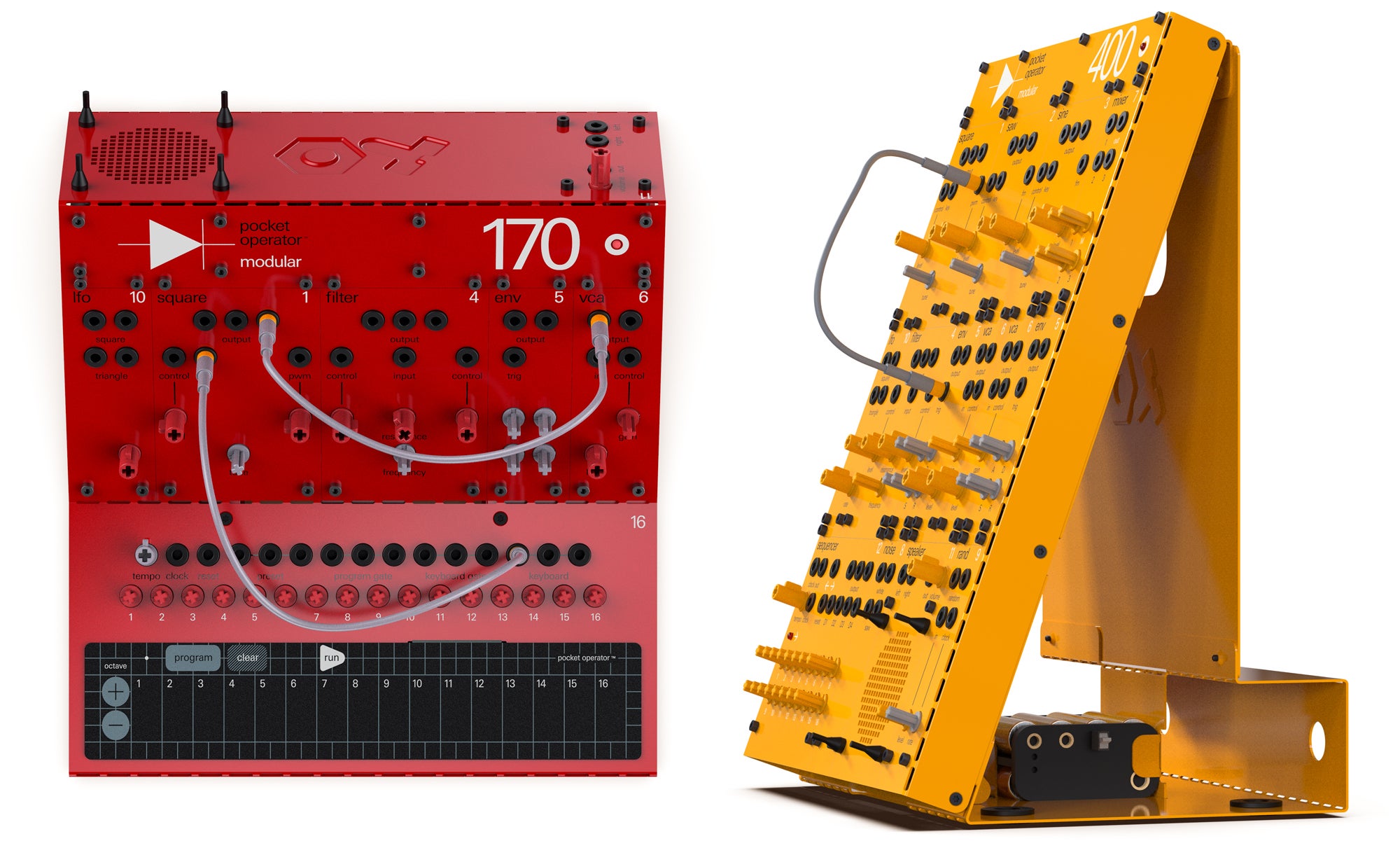 At the £139 end is a programmable 16-key keyboard with a built-in sequencer, but it’s only designed to control other synthesisers and doesn’t produce any sound on its own. You’ll need to step up to the £329 PO-170, or the £469 PO-400, to really start churning out the tunes. The PO-170 includes a 16-key keyboard of its own, and seems tailored as a more all-in-one music production solution, while the yellow PO-400 can accommodate more modules, and appears to serve as a complement to your existing music production equipment.

The new kits fall somewhere in between Teenage Engineering’s cheap handheld Pocket Operators, and the portable OP-1 which will still set you back £899. But compared to synthesisers and sequencers from other companies that have been producing these machines for decades, these are very affordable given what Teenage Engineering claims they’re capable of.

They might not be pretty, but in their own way, they’re not ugly either. Besides, it’s the music that’s being produced that’s important, and Teenage Engineering has now made complex musical tools like these more accessible to those just getting started.