LinkedIn is Pivoting Harder into Video

If you’re like me, you think of LinkedIn as the last place you want to spend time online. It’s chock full of spam, vaguely business-themed blog posts that range from the utterly interminable and insights no one asked for to bizarre rants, and UI decisions that seem designed to conjure up the feeling of a basement cubicle. That’s not even counting the controversy over some of its uses of user data. At best it’s the Dilbert of social media, and at worst it’s the... Scott Adams of social media.

TechCrunch reported on Monday that LinkedIn is launching LinkedIn Live, “giving people and organisations the ability to broadcast real-time video to select groups, or to the LinkedIn world at large.” It’s aimed at the kind of content that users in all likelihood do not actually want to watch, but might at some point or another be obligated to log in and stare at for professional reasons:

Initial live content that LinkedIn hopes to broadcast lines up with the kind of subject matter you might already see in LinkedIn’s news feed: the plan is to cover conferences, product announcements, Q&As and other events led by influencers and mentors, office hours from a big tech company, earnings calls, graduation and awards ceremonies and more.

Here’s a preview of what that might look like, per TechCrunch, complete with fascinating comments like “What was the biggest challenge you faced as a company this year?” and “Interesting perspective...”: 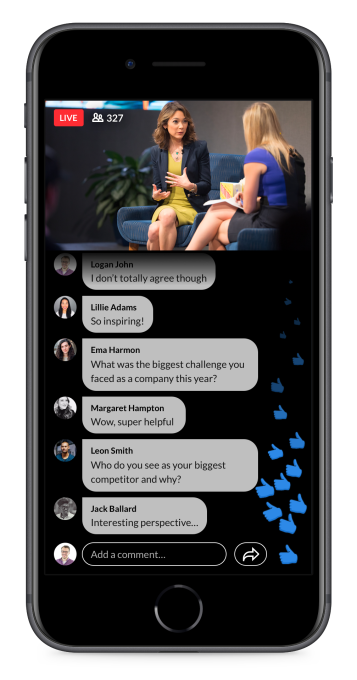 LinkedIn has already had video for about 17 months, according to TechCrunch, but its director of product management Pete Davies told the site that a Live option has been the “most requested feature.” Video ads are also lucrative, and recent filings from its owner, Microsoft, indicated that its ad business has been growing fast on LinkedIn’s platform. TechCrunch noted that LinkedIn could also get into monetisation opportunities like premium video feeds (conferences, etc.) or charging companies to broadcast things like earnings reports, though LinkedIn did not mention whether it was considering those possibilities.

In any case, LinkedIn Live will be rolled out to select users in the U.S. in an invite-only beta soon. Sometime thereafter will join other recently added features like voicemail and “Student Voices,” a Snapchat Stories-like video product. Enjoy. [TechCrunch]