Every year, the battery life of phones gets just a little bit longer, but somehow there’s always a handful of people who still want more. So as is if to end battery life anxiety once and for all, this simply massive Energizer phone popped up at MWC to really prove that a phone really can have too much juice.

Now to be clear, while the Energizer P18K Pop shares the same brand name as the well-known battery maker, the phone is actually made by Avenir Telecom, a French device maker who licenses out the Energizer name for use on its phones.

On top of that, this isn’t the first time Avenir has put a stupidly large battery in a phone to get some attention, though thanks to its absurd dimensions, the P18K is the company’s most extra model yet. As its name implies, the P18K’s headline feature is an 18,000 mAh battery that Avenir claims offers up to 90 hours of call time, 100 hours of music playback, and two days of video playback—all on a single charge. And in standby, Avenir promises a full 50 days of juice.

But all that energy comes with some frankly absurd bulk. The Pop 18K is listed at around 28mm thick, but when you pick it up, it feels so much bigger. Stacked up, it’s taller than three normal phones (depending on the model), or two sticks of lip balm, and while its curved sides attempt to make the phone feel just a bit less like a brick, its somewhat sharp edges and ample heft make it incredibly awkward to hold.

In fact, the P18K’s battery is so big, it straddles the limit on what certain countries and airlines will allow you to take on a plane. And even with Avenir claiming the P18K features some sort of fast charging tech, even at the industry’s best speeds, you’d be lucky if you could go from zero to 100 per cent in less than three hours.

And in case a massive battery wasn’t enough, the P18K also comes with a motorised pop-up selfie cam, though sadly I didn’t get to try that myself, as some jackass who tried the phone before me broke it, so I was forced to check out a dummy model.

As for the rest of the phone’s specs, the P18K comes with Android 9 Pie, an octa-core Mediatek MT P70 processor, 6GB of RAM, 128GB of storage, a microSD slot and dual rear cameras. Naturally, the P18K also comes with reverse charging, so you can use the phone’s excess juice to top off other devices. 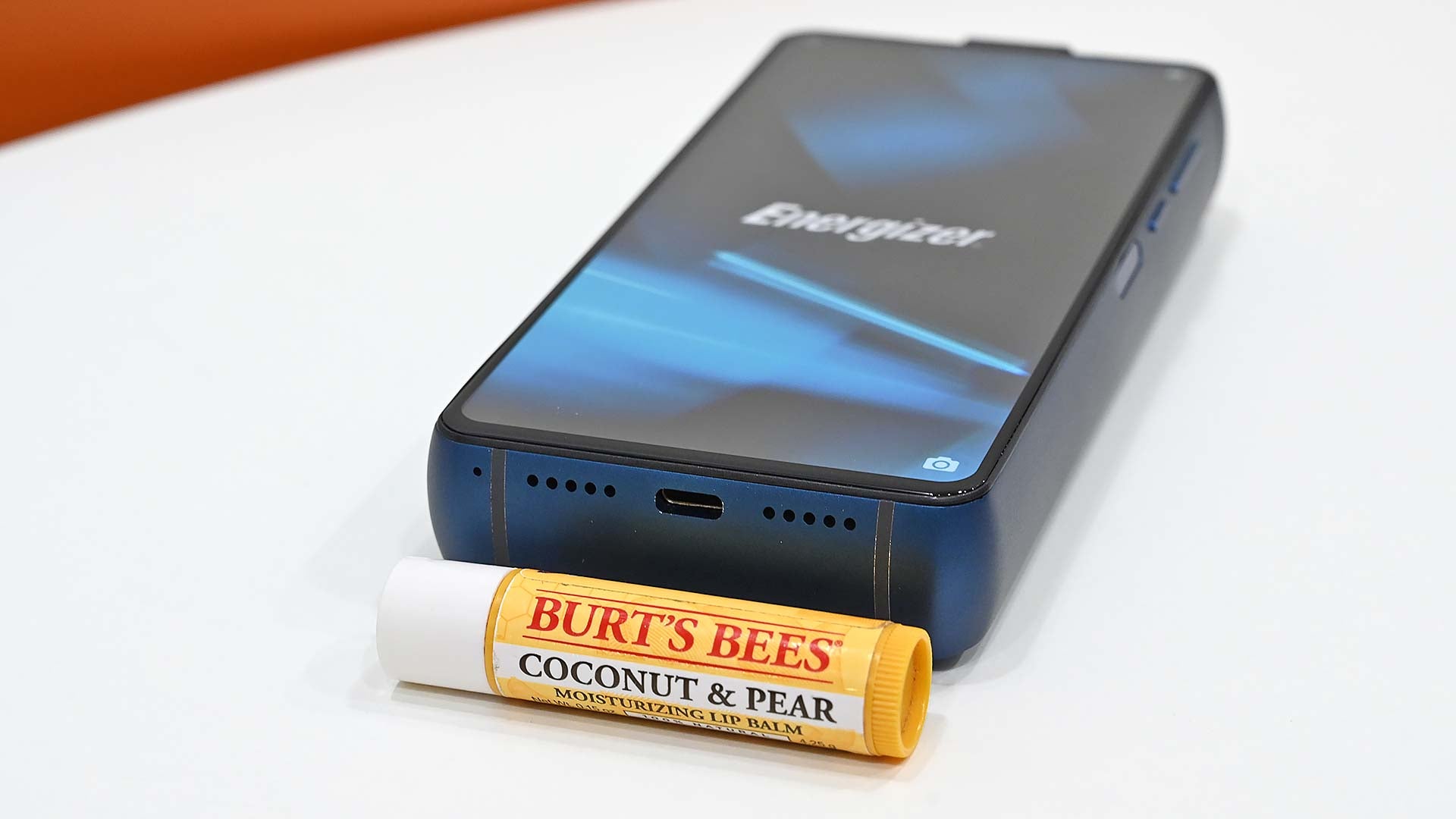 So if you really, truly, desperately need a phone that will last for more than a week between charges, or something silly to take on our next camping trip, congrats, your steed has arrived. Or you could just get an external battery pack like a normal person. Just don’t @ me about its battery not being removable. What are trying to do, start an apocalypse?

The P18K is slated to go on sale later this summer for 600 euros (£513), with UK pricing and availability TBA.